Please Enter your details and our executive will give you best quotes
Thanks You!
You have successfully submitted your form. Our Venue Manager will get in touch with you within 24 Hours.
Share

This groom has won our hearts in this latest The Wedding Filmer Video! #WzExclusive 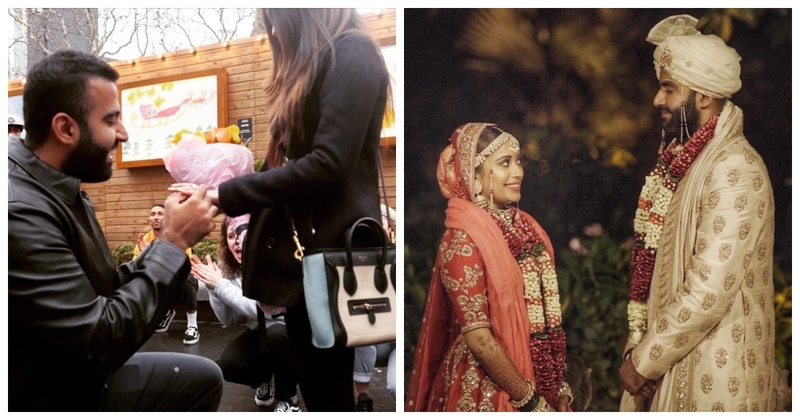 A lot has been said about love and about ‘the one’. Greek philosophers never hesitated to teach you about the way you should feel in the presence of your true love. But does their saying hold true for each and everyone? I certainly don’t think so! I came across a gentleman, an extremely sweet and romantic man, who sat down and narrated his story. His story about how he found his lady love and how she swept the ground from underneath his feet!

Let me introduce y’all to Rohan and Radhika, two cuties who are much in love even after completing almost a year of being married! Rohan and Radhika were set up on a blind date by their mutual family friend. Rohan never thought he would pursue this lady in a romantic manner. What we think will happen, never actually happens that way, does it? Their lunch lasted into the wee hours of the evening and finally, they were shown the door, for the restaurant was shutting! The restaurant pulled the shutter but their long talks never seemed to halt. A few weeks later, Radhika left for Dubai to celebrate her birthday where she was joined by Rohan. Dubai is where all the magic began!

Day 2 of their trip is when Rohan realised he had found his rare pearl. He went to the washroom, looked into the mirror and said, “Dude, you know she is the one!” There was no looking back since. He planned an elaborate proposal for Radhika that made him an apple of the eye for everyone in my team! 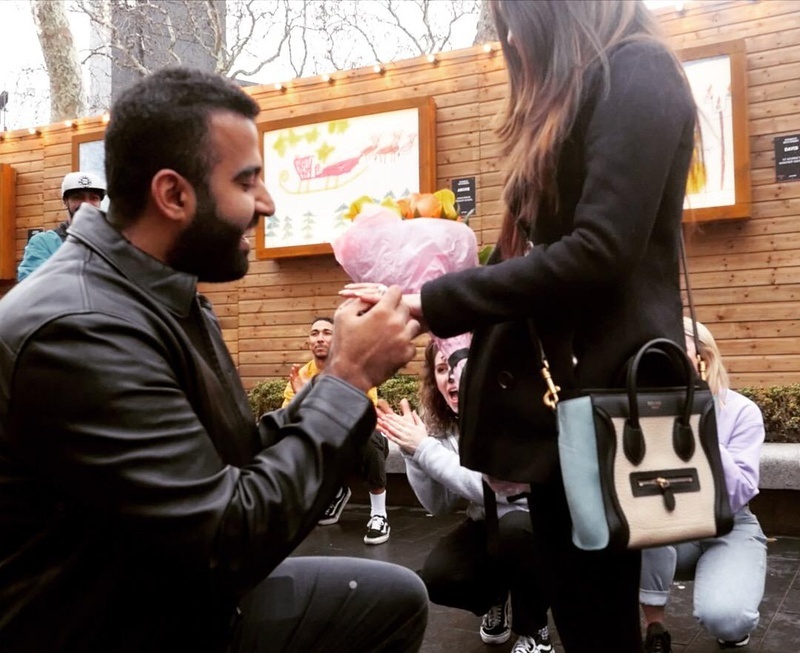 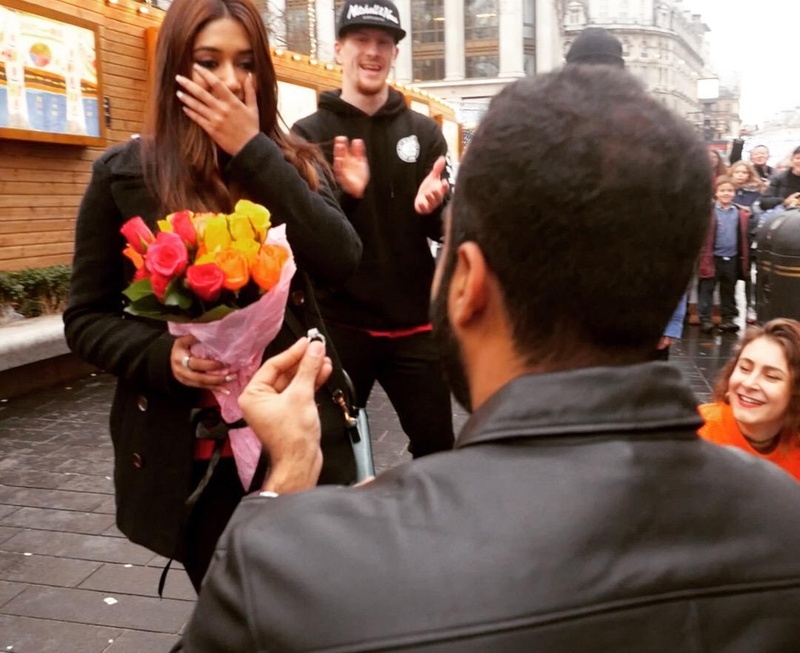 Once Rohan knew Radhika is his forever teammate, he left no stone unturned to make her feel utmost special. He firmly believes in making his lady love feel like she is on top of the world. He wanted to make the beginning of their lives memorable and decided to propose to her in a grand manner.

Boyfriends and boyfriends aspiring to become husbands, please start taking notes. Rohan planned a grand proposal that would put Disney to shame. Oh, did I mention that he planned this event while he was in Singapore for something to happen in London?!

Over a span of two months he religiously planned everything: A flash-mob that was followed by a surprise proposal. Let the video below do all the talking!


Ladies, feel free to rebuke the men in your life who didn’t even do 1/4th of this! Men, learn from Rohan!!

Wait, if you think this is the sweetest thing that he has done, let me tell you about the time he sang a song for his wife. Yes. Sang. The perfect rendition of a song, by the singing groom! No, I am not crying, you are crying!! Rohan was not alone this. A dedicated and hard working team helped him to achieve this feat. Rohan hopped on the bandwagon with The Wedding Filmer to create a unique video for his lady love.

Vishali Punjabi, the founder of TWF, had nothing but kind words for Rohan. He said and I quote, “Rohan’s goal was simple. Team-mate, the word he used to describe Radhika, struck a chord because according to me, that’s what your partner should be. There was no way Rohan’s  wedding video wasn’t going to be special. He changed for her, he worked hard for her and he danced for her (he practiced his steps in front of his bathroom mirror in the office). He did all this with conviction and in the process taught me that the key ingredient to making life special is doing everything with complete conviction.”

I completely  agree with Vishal! You will too once you see the cute ass video!

We love couples who go the extra mile to showcase their love for each other! Rohan, our handsome groom has won all our hearts by singing “How Sweet It Is”, an original composition by The Wedding Filmer! . Check out the full video for their amazing proposal story! . Singer: Rohan Singh Music: Kingshuk Chakravarty Lyricist: Sumit Kohli Guitars: Bily Label: The Wedding Filmer

Didn’t I tell you, this man is a gem of a person?!

8 Types of Lingerie to amp up your honeymoon game! I read somewhere that honeymoon is just a fancy term for a ‘sex-cation’. It’s a little  hard to argue on that topic. Honeymoon ... May 22, 2019 5 Duties of the brother of the bride which are a must-see!   You might be having mixed feelings right now while your sister is all set to walk down the aisle. You are both sad and happy ... May 21, 2019 10 Floral anklet designs which are so gorgeous, you just cannot miss! Most Indian weddings have witnessed the trend of colourful, bright and irresistible floral jewellery, adorned by brides on thei... May 21, 2019 10 Super cute ideas for your Vidaai Vehicle!   Vidaai is one of the most important and emotional parts of the wedding. Where your eyes are blurred out of tears as you embar... May 20, 2019 Chandni Chowk's best and oldest bridal lehenga shop OPJL has something for everybody in store! Delhi and Delhi’s lehenga shops hold a special place in my heart. My family and I don’t need incentives to make trips to this c... May 20, 2019