10 adorable kaleera drop moments that will make you want to be next in line! For a North-Indian bride, kaleeras are certainly not just a piece of jewellery, it is much much more. It is more than just a tradition or a custom-it is emotions and feelings!

The bride-to-be drops a part of her kaleeras on a bridesmaid or any younger sibling in the family who she wants should tie the knot next. Certainly an exciting job for the to-be-bride but maybe not for the bridesmaid who isn’t set to get hitched next (wink wink).

Here are some cute, some funny and some adorable kaleera drop pictures that will melt your heart:

1.When the bridesmaid is super excited and shocked at the same time! 2. This one is particularly cute with a tiny and adorable bridesmaid! 3. When a boy replaces a bridesmaid, its double the fun!! 4. This bridesmaid is the cuuuutest as she is all blushes and smiles! Looks like she’s eager to tie the knot next!!! 5. A beautiful moment between the bride and bridesmaid! We are loooving it! 6. This simple one is gorgeous in its own way 7. Everyone wants to marry next here 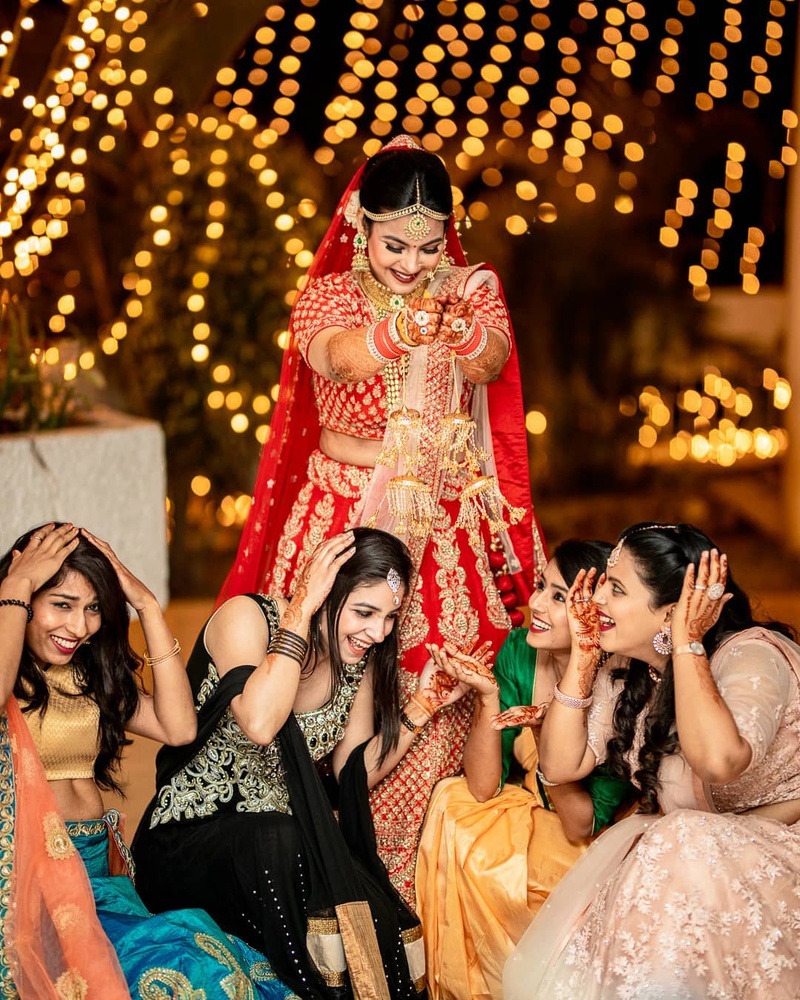 8. Whaaaat? Me ? No way!! Looks like the bridesmaids is in two minds about getting hitched next. Image source: Beginnings for you 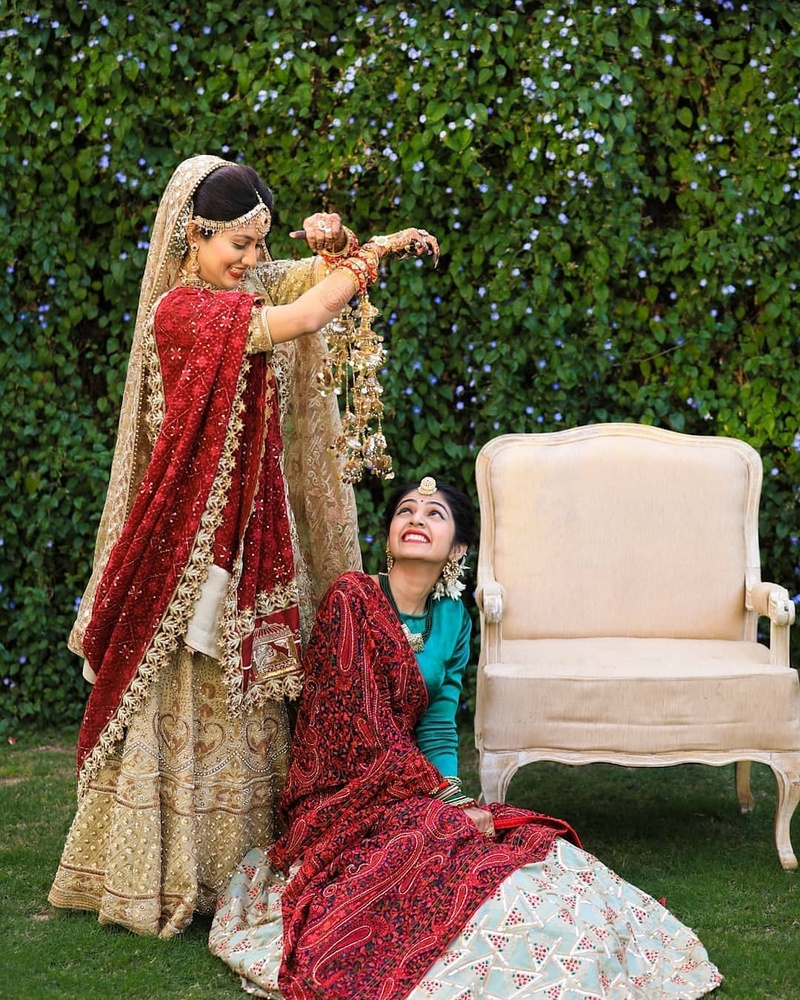 10. Looks like this bridesmaid is eager to be a dulhan soon! So, are you in line to get married next?

A list of our favourite floral buns that will be appreciated by every bride! Floral buns have been popular since the dawn of millennial weddings. They compliment each bride and each lehenga so well! If yo... March 8, 2019 10 new-age and unconventional kaleeres that are making us drool!   Kaleeres is something that never seems to run of fashion! Every bride loves adorning and flaunting this authentic piece of je... Feb. 27, 2019 These new-age Kaleeres are trending big this Wedding Season! Kaleeres have undergone a major makeover and HOW! It doesnt matter if you are a Punjabi or not, most brides these days are now ... Aug. 23, 2018 Celebrate the Best of Bridal Jewellery with Mangatrai Neeraj One of the best parts about being an Indian bride is that you are thoroughly spoilt for choices in more ways than you can imagi... Jan. 11, 2021 Your Complete Guide to Choosing the Best Bridal Lehengas for Your D-day! Every aspect of an Indian bridal avatar celebrates colour, culture, legacy and zest. Such is the level of excitement and thrill... Dec. 1, 2020