10 Indian Wedding Customs Decoded For You 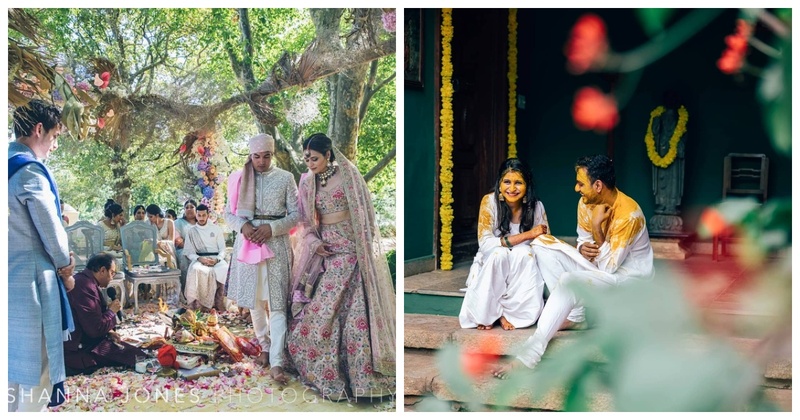 A typical Hindu wedding is full of traditions that bring together the two families of the couple in many sacred, meaningful rituals. The wedding is said to have begun as soon as the ‘Rishta’ is set. So lets take a walk through this journey that marks days of rituals filled with love, prayers and music.

1) The Importance of the Star Signs for the Wedding Date 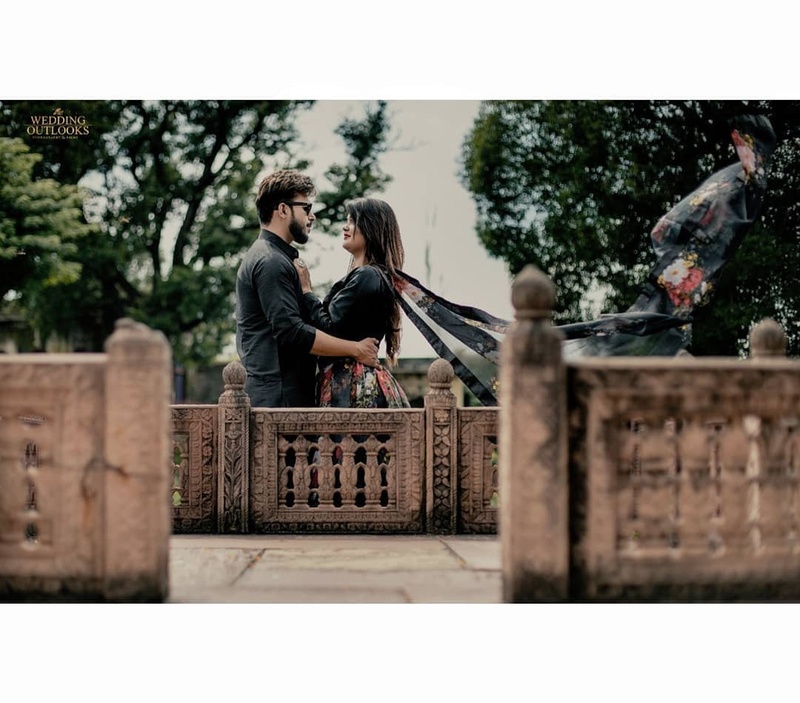 Before any wedding can actually happen, it is important to set a date. In Hindu tradition, there is normally an auspicious time which is known as the muhurta. It is during this time that astrologists calculate the way planets and stars are positioned and the effects this celestial alignment will have on the union of the couple.

The gotra or ancestry of both bride and groom are read through to make sure that they aren’t from similar families. 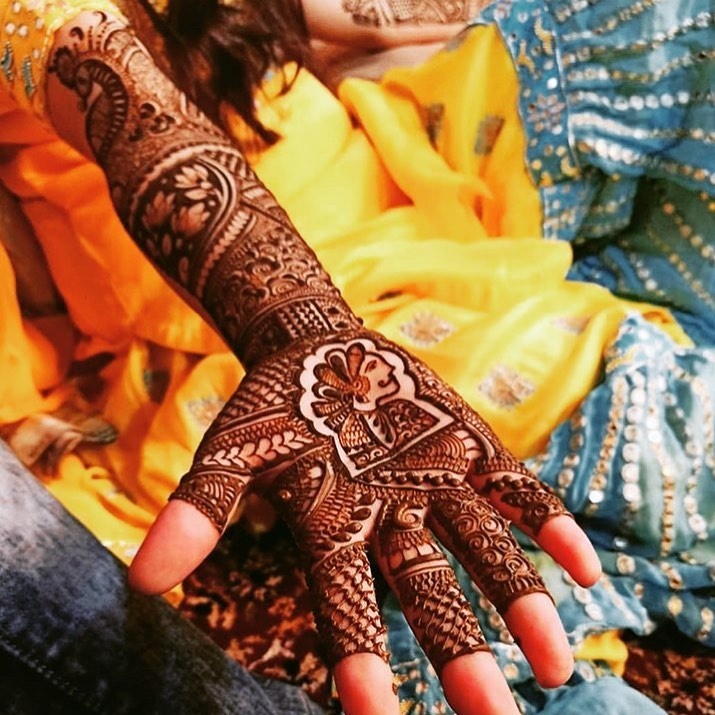 This tradition is carried out in almost all religions and cultures across India. During the mehendi ceremony, henna or mehendi is applied in various intricate designs on the bride’s hands and feet. This ceremony usually takes hours to finish, so it happens at least a day in advance. It is believed that the darker the colour of the mehendi, the more blessings the bride receives. This is another ceremony that has been modified by various religions and cultures across the country. On the morning of the wedding or the day before, this tradition takes place. The two families get together and spread a lotion of oil, water and turmeric on the bride and groom. This mixture plays a role in blessing the couple. An added bonus is the way it moisturizes their skin before the wedding.

4) The Importance Of A Mandap The Mandap in Hindu weddings is a sacred place for the bride and groom under which they take their wedding vows. It’s origin dates back to the Vedic period where this ritual was supposed to be performed indoors for the purpose of Hygiene. This tradition of maintaining the ritual between the four walls has been improvised into the modern-day mandap.

5) The Importance of Fire/ Agni The centre of the mandap is where the wedding altar is and a fire is kept burning throughout the ceremony. As a sacrament in Hindu law, the fire is kept as a witness and offerings are made to the flames.

6) The Importance of the Floral Garlands or Jai Mala 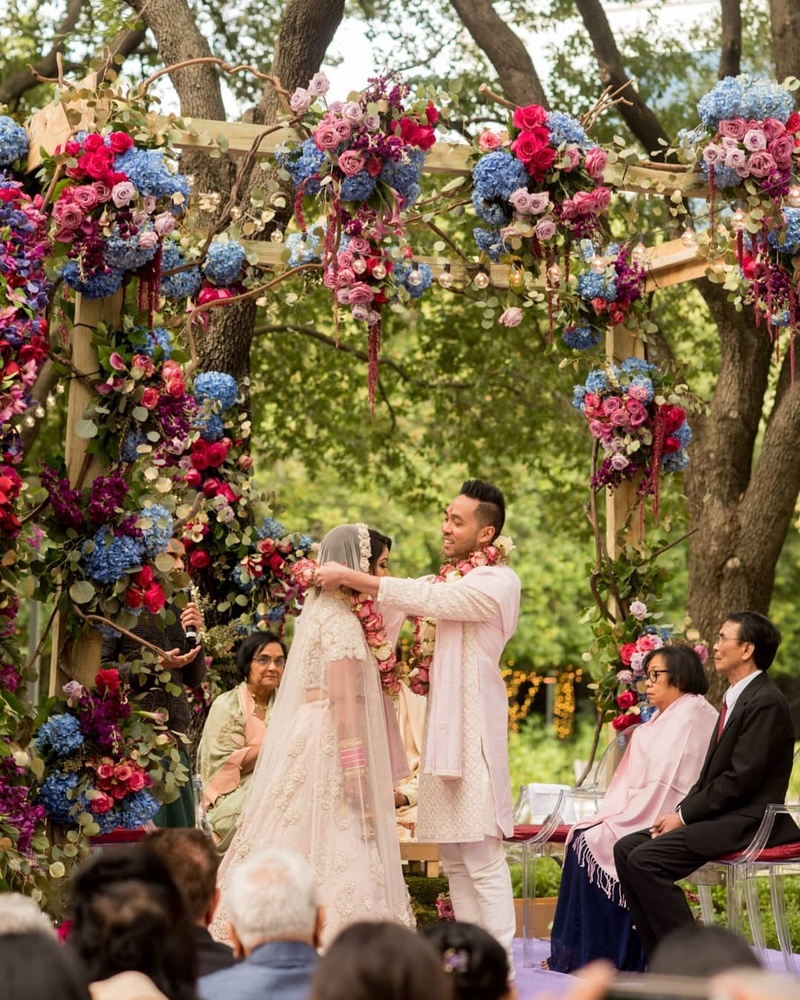 These floral arrangements express the desire that the bride and the groom have to wed each other. This is usually a time where they flirt with each other or are humoured by the guests.

7) The Importance Of Tying The Dupattas An important ritual in North India, the saptapadi is when the bride and groom have a part of their garments tied together to indicate the union of the couple. They take seven rounds around the pyre, each round signifying a specific blessing they request of the gods. This ritual establishes friendship and trust, the basis of all Hindu marriage. Known as the Sindoor this red-orange powder is now the new status of the woman. It signifies that she is married.  Her husband is the one to apply this powder to her forehead which is a mark of their new union.

9) The Importance Of The Mangal sutra 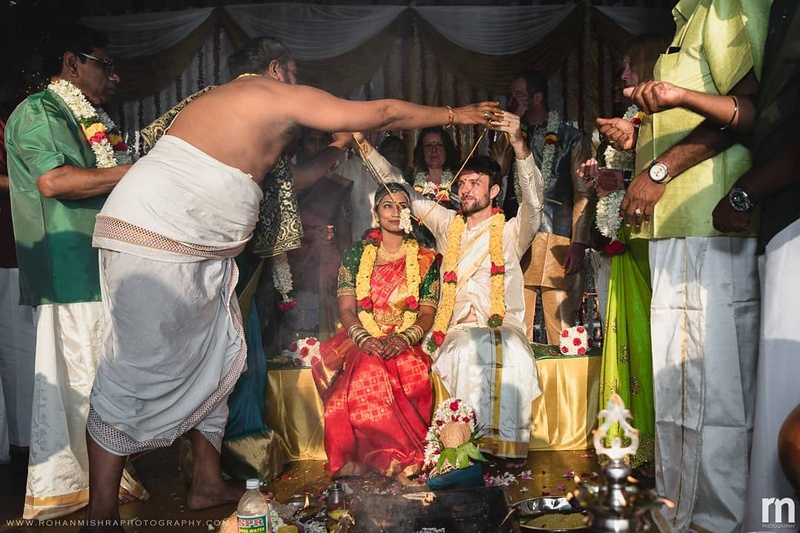 This necklace of gold and black beads signify the blessings of goddess Lakshmi. She is believed to bring prosperity to the marriage and loads of love to the bride.

10) The Significance Of Throwing Rice 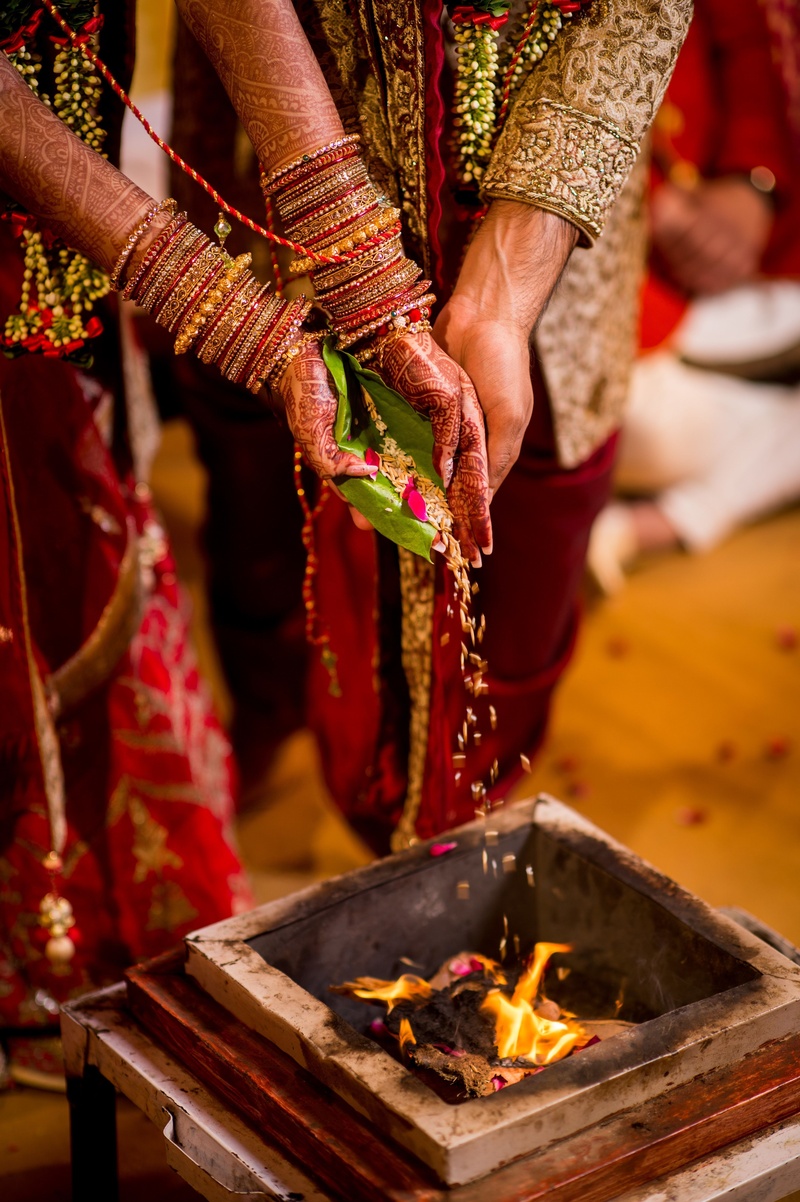 During the ceremony, the brother of the bride pours rice into her hands, some of which slips into the groom’s hands cupped below hers, and then into the sacred fire. This ceremony is known the Laja Homa

These beautiful traditions make every Indian wedding an experience to be remembered always.

5 Delhi-based Incredible Makeup Artists to Consider for Your Wedding Every smart bride knows the importance of makeup on her wedding day. It has to be flawless, in tandem with the bridal lehenga a... Oct. 17, 2019 5 Useful Winter Hair Care Tips for Brides and Grooms Come October and women all over (except Australia) brace themselves for hair-fall, dandruff, dry, damaged hair and the list goe... Oct. 16, 2019 10 Beautiful Northeastern Wedding Rituals North-East India is truly a distinct and heavenly abode with its lesser-known culture and environment. Weddings in these states... Sept. 4, 2019 Decoding the Indian Christian Wedding: Fun Rituals You Should Know   When you think of a Christian wedding – you instantly picture a gorgeous white gown, floral decoration at the church, and cut... June 19, 2019 An A-Z guide on Muslim wedding rituals for all the Muslim brides and grooms out there! There is no denying the fact that Muslim weddings are one of the most scintilliating weddings ever. They are colourful with a d... May 8, 2019