Priyanka Chopra and Nick Jonas’s Wedding Date and Venue are out and I can’t keep calm! 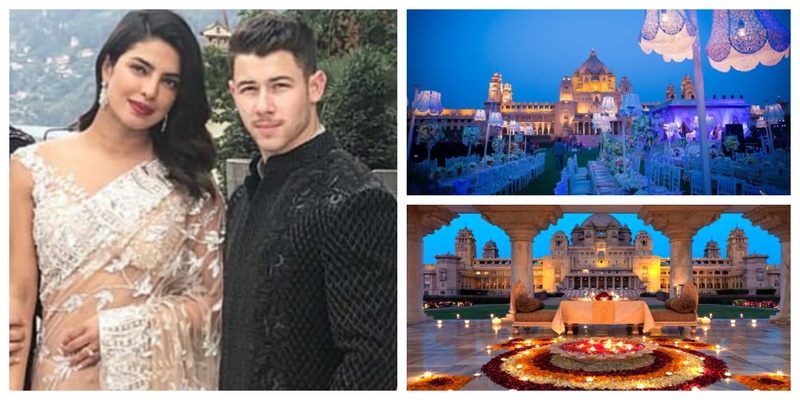 Hold your breath as I bring to you, the latest scoop on the most awaited wedding of the year! Yes I am talking about #Nickyanka! If rumours are to be believed, then the couple are getting married way sooner than anyone expected.

As reported by me before, the pair are getting married this November itself and the wedding venue is Umaid Bhawan, Rajasthan!

*Imagines the Indian Version of the Royal Wedding*

It was just a couple of months ago when Priyanka was quoted by InStyle magazine, “I’m writing a book, and planning a wedding.” I guess, the wedding planning must be complete!

According to a source from Filmfare, “Nick and Priyanka were recently in India and had even gone to Jodhpur. That was when they decided the gorgeous Umaid Bhawan to be their dream wedding venue. They will have a limited guest list of 200 people with only their close friends and family in attendance,”! *whaaaaaaaaatttttttttttt*

Meanwhile, according to a People.com report, it is very likely that Priyanka and Nick will tie the knot before Nick’s brother – Joe and the Game of Thrones, Sophie Turner. “Even though Joe’s been engaged longer, it wouldn’t be surprising if Nick got married first,” the report quoted a source as saying.

Well well, after the intimate roka and the party after, I really hope for a big-fat Indian wedding from our Desi girl!

After #Deepveer postponing their November wedding, this news really comes as a sigh of relief for all the bollywood fans out there! *yes I mean me*