Sophie Turner and Joe Jonas had the most Glam Vegas Wedding ever and I totally can’t keep calm! 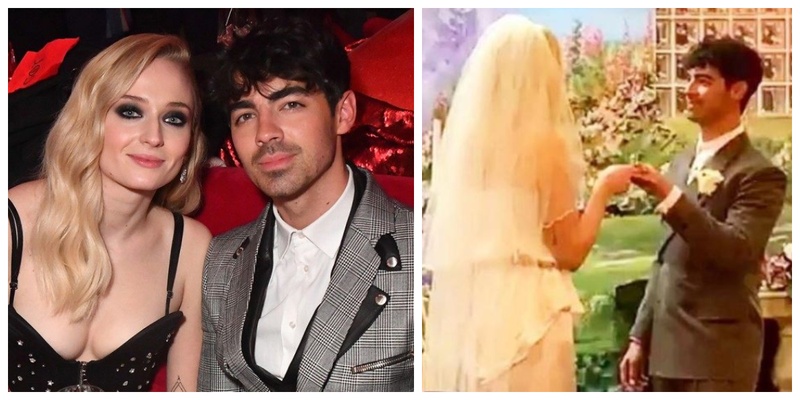 Yes, it really did happen. Sophie Turner and Joe Jonas shocked the whole world after they decided to get hitched in Las Vegas right after the Billboard Music Awards. Yeah you read it right, the couple reportedly headed to a Las Vegas wedding chapel in less than two hours after the 2019 Billboard Music Awards finished (where the Jonas Brothers performed), and got their marriage license. 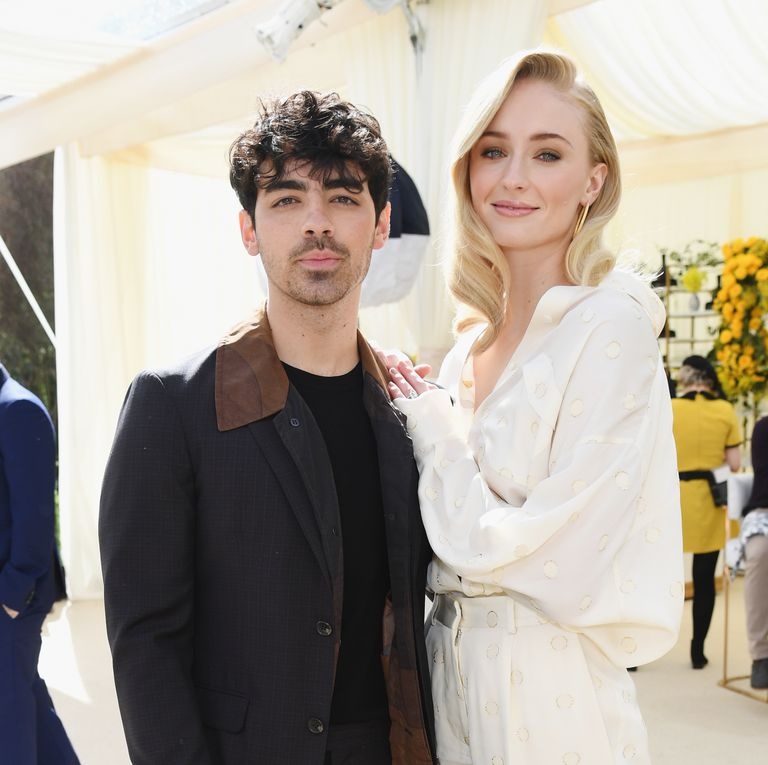 The ceremony was officiated by an Elvis Presley impersonator, country music duo Dan + Shay performed their song “Speechless,” and the couple exchanged ring pops. #CoupleGoals or what?

Hours after the couple appeared at the #BBMAs, #SophieTurner and #JoeJonas said their vows at a Las Vegas wedding chapel where an Elvis impersonator officiated! 🍾🎉Congratulations to the newlyweds 🎉

The event was a star studded affair, which was attended by even the Jonas Brothers’ respective wives – Danielle Jonas and Priyanka Chopra. Diplo posted some footage to Instagram Stories.

Considering their save-the-dates invites, which were leaked online, chances are they’ll still go through with their larger overseas wedding, and that this Las Vegas surprise was just a precursor to the main event! (Here’s hoping that *crosses her fingers*)

Sophie Turner and Joe Jonas’ Official Wedding Pictures - Late, but worth the wait! The Game of Thrones actress – Sophie Turner and the Jonas brother singer Joe Jonas got hitched in a very impromptu wedding cere... July 4, 2019 10 Things you must strike off your bucket list before tying the knot!   The clock is ticking and you are getting closer to becoming a “married woman”. Amidst finalizing your wedding lehenga, the we... May 10, 2019 Tarun Tahiliani has unveiled his SS'19 Collection and I can't keep calm! The moment I step out of the house I start cursing the sun and the stupid humidity prevalent in this city of dreams. But then I... May 7, 2019 10 Unique and Lesser-known Rituals in Indian Weddings that you will find Interesting   Indian weddings are like a gigantic pool of  emotions, thoughts, ideas and beliefs. They are like story books where you won’t... May 3, 2019 These unseen pictures from Priyanka Chopra's desi wedding will make your day! Seems like it will be sometime before we finish seeing all the pictures of Priyanka Chopra and Nick Jonas’ wedding. After all, ... Jan. 25, 2019