Please Enter your details and our executive will give you best quotes
Thanks You!
You have successfully submitted your form. Our Venue Manager will get in touch with you within 24 Hours.
Share 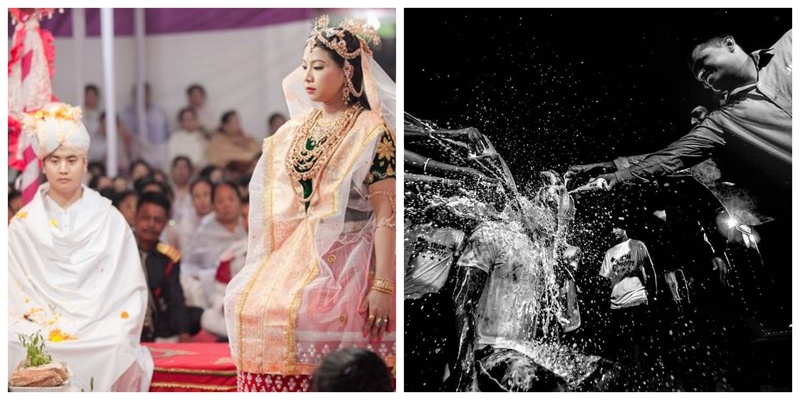 A wedding is that occasion of the year bringing together families, friends, acquaintances, neighbours and everyone under the guest umbrella. The best part about Indian weddings are the customs and traditions that make it so special because of emotions attached to it as it passes on from generation to generation.

Customs and traditions differ from culture to culture and community to community. What Africans consider normal in their culture is considered abnormal in another culture with regard to food, habits or even dressing. Similarly, our diverse country with over 29 states and an estimated 1,652 languages spoken, gives you a fair idea about the variety of customs that may sometimes come across as strange to the world. In the East-Indian community at the ‘moya’ or shaving ceremony, the groom’s friends and relatives gather at his house to smear him with toothpaste, shoe polish and even egg yolks. Yikes!

2.  The Bride and Groom’s mothers are uninvited for the wedding 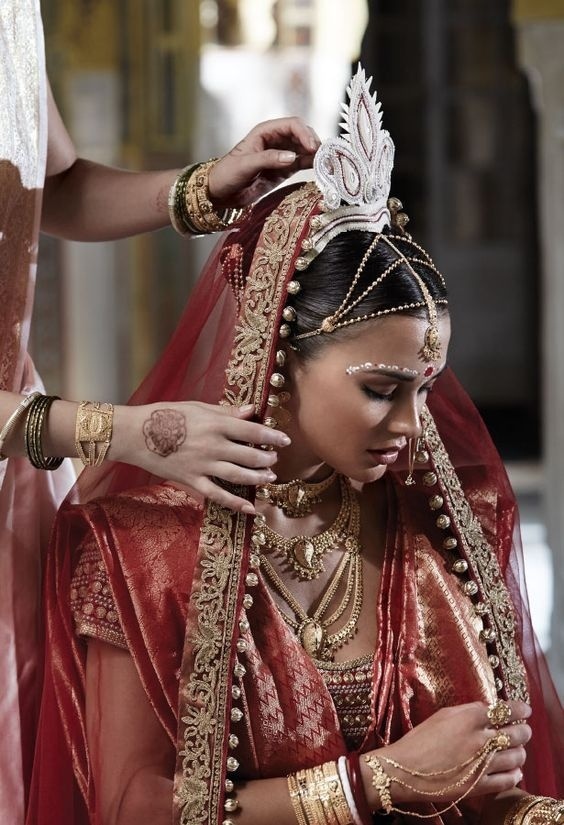 According to bengali wedding tradition, both the bride and groom’s mothers are not allowed to attend the main wedding ceremonies because the emotional attachment is considered inauspicious.

This small town called Sarsaul in Uttar Pradesh celebrates their own version of the la tomatina festival where the groom’s family isn’t welcomed with rose petals but with tomatoes instead. They believe that a relationship that begins is chaos is bound to end in love!

4. Groom In the well

Goans in North Goa celebrate the sanjao festival in the month of June by carrying a newly wed groom to a lake or well and throwing him in it. The festival is said to bring good fertility fortune to the couple.

One the eve of a sindhi wedding, the groom’s family follows a tradition called ‘saanth’ where they put oil on his head, make him wear a shoe on his right foot and then break an earthen pot with his right foot. They then tear off all his clothes for goodluck to follow. 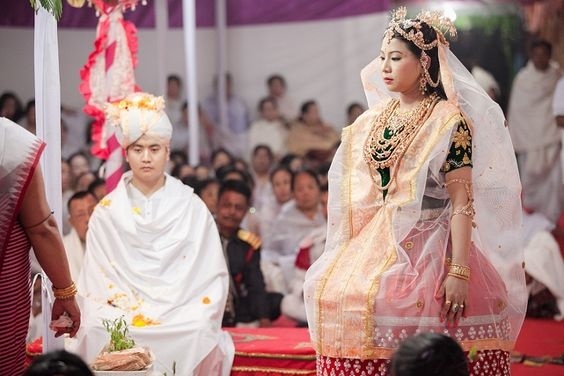 A Manipuri wedding tradition involves releasing of evil spirits through fish by the couple into a pond. If the fish swim together, then the marriage is said to be destined. A few Adivasi communities follow this ritual where after the bride and groom are married, the bride is isolated from the entire community and hidden at a secret place. After a year, the marriage is approved by seniors and is then officially celebrated.

8. Milk and honey drink for the groom In Gujarati communities, a groom is welcomed by a ‘washing of the feet with milk and honey’ ritual by the bride’s parents called the Madhuparka. He is then made to drink this mixture!

The bride’s skills are tested on the day of the marriage with a stack of earthen pots placed on her head by the mother-in-law. She then has to seek blessings from all the elders without breaking any pots. Gujaratis follow this tradition called the ‘Ponkvu’ or ‘Ponkhana’ where his mother-in-law performs an aarti to welcome the groom and then pulls his nose as a reminder for him to be humble and grateful as he swoons his bride from her house.

Some of these customs may have freaked you out, but if you belong to any of these communities, you’ve probably seen it in your family and don’t think of it as that big of a deal. Well, that’s the beauty of diverse traditions!

10 Beautiful Kerala Wedding Traditions Traditions complete a wedding. They have been passed down from generation to generation and are full of meaning and joy. Let us... Sept. 25, 2019 10 Beautiful Northeastern Wedding Rituals North-East India is truly a distinct and heavenly abode with its lesser-known culture and environment. Weddings in these states... Sept. 4, 2019 A Traditional Kodava Wedding Affair In India, there are 100s of regional communities, each one residing in close proximity to the other. Each of these regional com... Aug. 9, 2019 8 Amazing Wedding Traditions from Around the World All weddings are unique and special in their own way. Each region and every community has its own set of traditions and customs... Aug. 9, 2019 10 Beautiful Banarasi Outfits We've Fallen in Love With! Poets and writers have spent many evenings on the ghats of Banaras weaving words after words. The mesmerizing Ganga aarti, the ... July 22, 2019