8 Jhumars and Passa to Add to Your Bridal Jewellery Trousseau 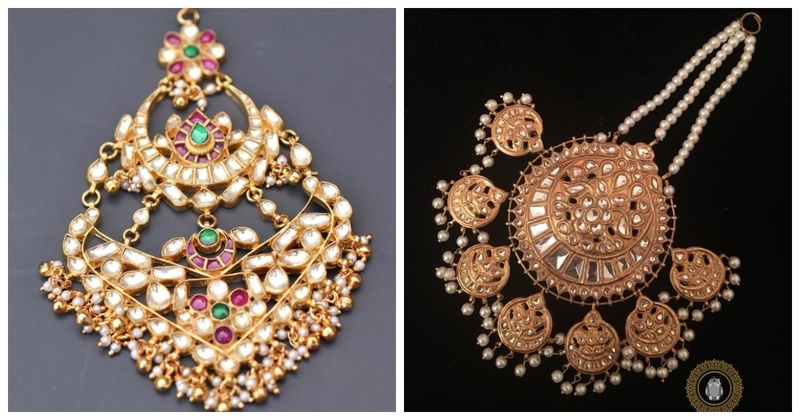 The very mention of a jhumar or a passa instantly reminds me of Aishwarya Rai Bachchan looking like a million bucks in Umrao Jaan. She looked regal and the jewellery she wore was stunning, especially her jhumar or passa.

Wearing a jhumar or a Passa or a side-tikka as it is often called, is a common feature in Muslim and Sikh weddings. Obviously, it is a beautiful piece of jewellery and an important element in the bridal ensemble. While it is a popular piece of accessory today, as more and more brides are wearing it, its origins lie in the Mughal era in India.

The origin of head ornaments began with the Mughals Emperors and their wives – they wore lots of stunning jewellery pieces. This is especially true for turban jewellery and jewelled pieces worn by women – the first, a special privilege of the Emperor. Jewellery styles constantly changed thanks to ever-changing European influences but Emperor Akbar was partial to the Iranian trends of his time. He wore a feather plume upright in his turban whereas Jehangir wore a plume with a large pearl in his turban. Regal turbans were bedecked with jewels or gem sets like Aigrette or Kalangi. Other ornaments worn by aristocratic men like Kalgi, Mukut, Kalangi, Sarpech, Turra, Sarpatti and Jigha.

Exciting, isn’t it? So, dear brides-to-be, here are really pretty and must-include Jhumars or passas to consider for your big day! 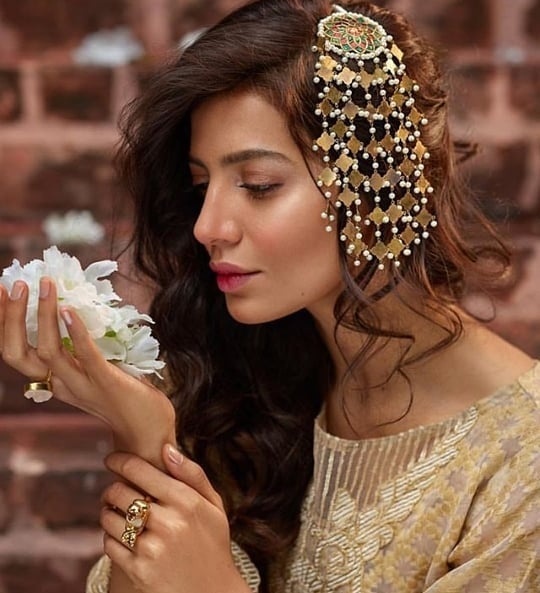 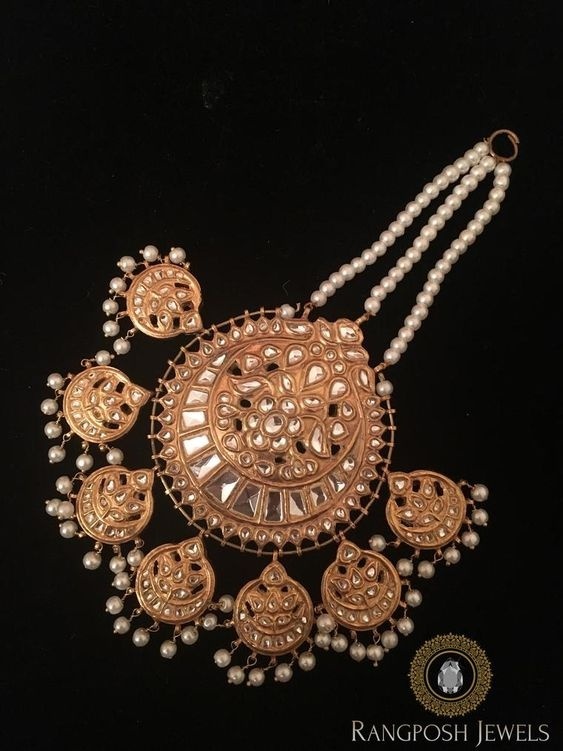 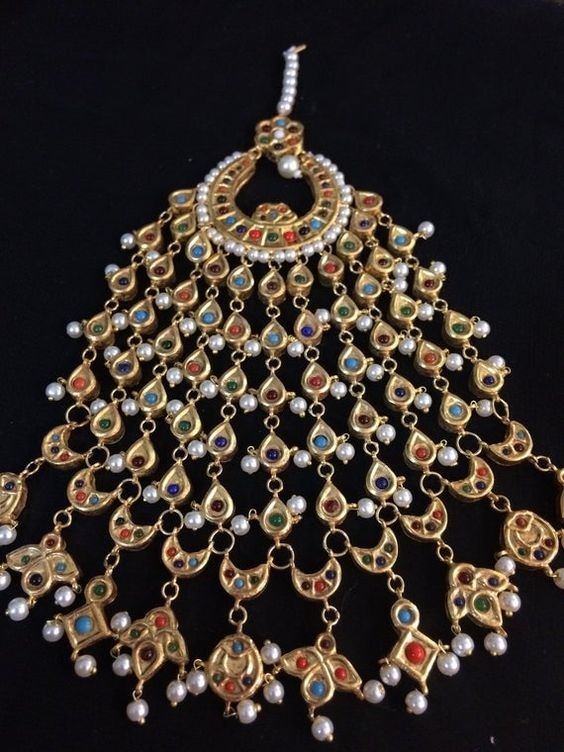 6. Wearing the Stars and Moon 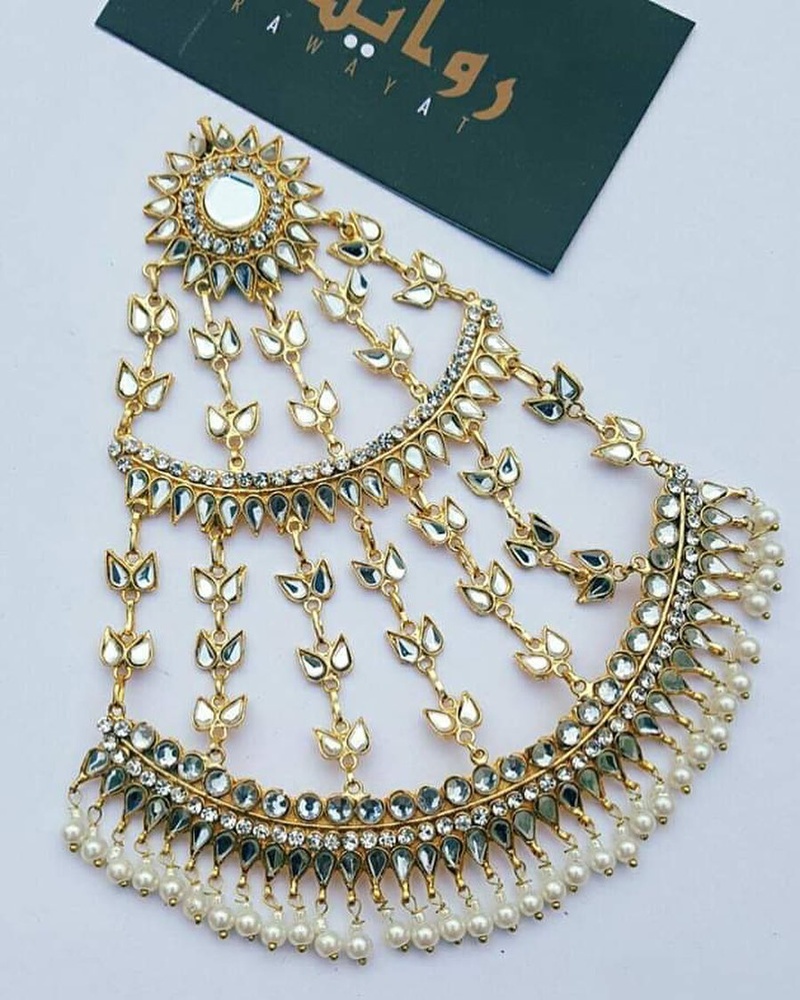 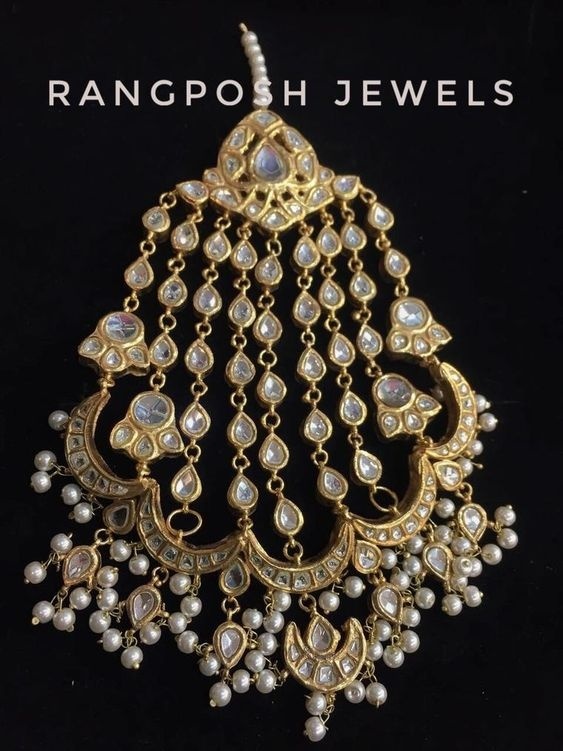 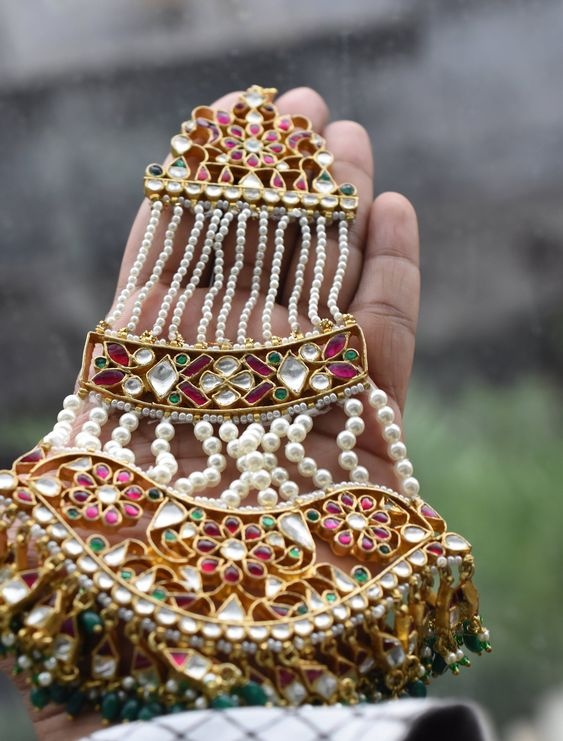 So, brides-to-be, what say? Add these gorgeous pieces to your bridal trousseau now!

8 Cocktail Rings to Flaunt on Your Sangeet Here’s the thing – I love jewellery! Be it gold, silver, diamonds, polki… you name it, I like it! But I also like to wear minim... Oct. 14, 2019 3 Jewellery Stores in Mumbai that Brides must Take a Look At! One of the most attractive and eye-catching elements about a bride is her jewellery. Yes, the bridal lehenga does grab eyeballs... Oct. 14, 2019 Banquet Halls in Haridwar to Plan Out Your Blessed Wedding Day Haridwar is a well-known and the largest city of Uttarakhand, famous for being a sacred and holy place for thousands of pilgrim... Oct. 14, 2019 8 Reasons To Wear Gold Jewellery On Your Special Day Gold as a metal has been around for centuries in the form of coins, weapons, decor, accessories etc. The malleable metal is pre... Sept. 27, 2019 7 Real Brides who Floored us With their Diamond Jewellery Sets Diamonds are a girl’s best friend’ – you must have heard of this phrase. It’s allure is such that it can instantly attract you ... Sept. 20, 2019