A Star-Studded Affair: Everything You Wanted to Know About Harbhajan Singh’s Wedding 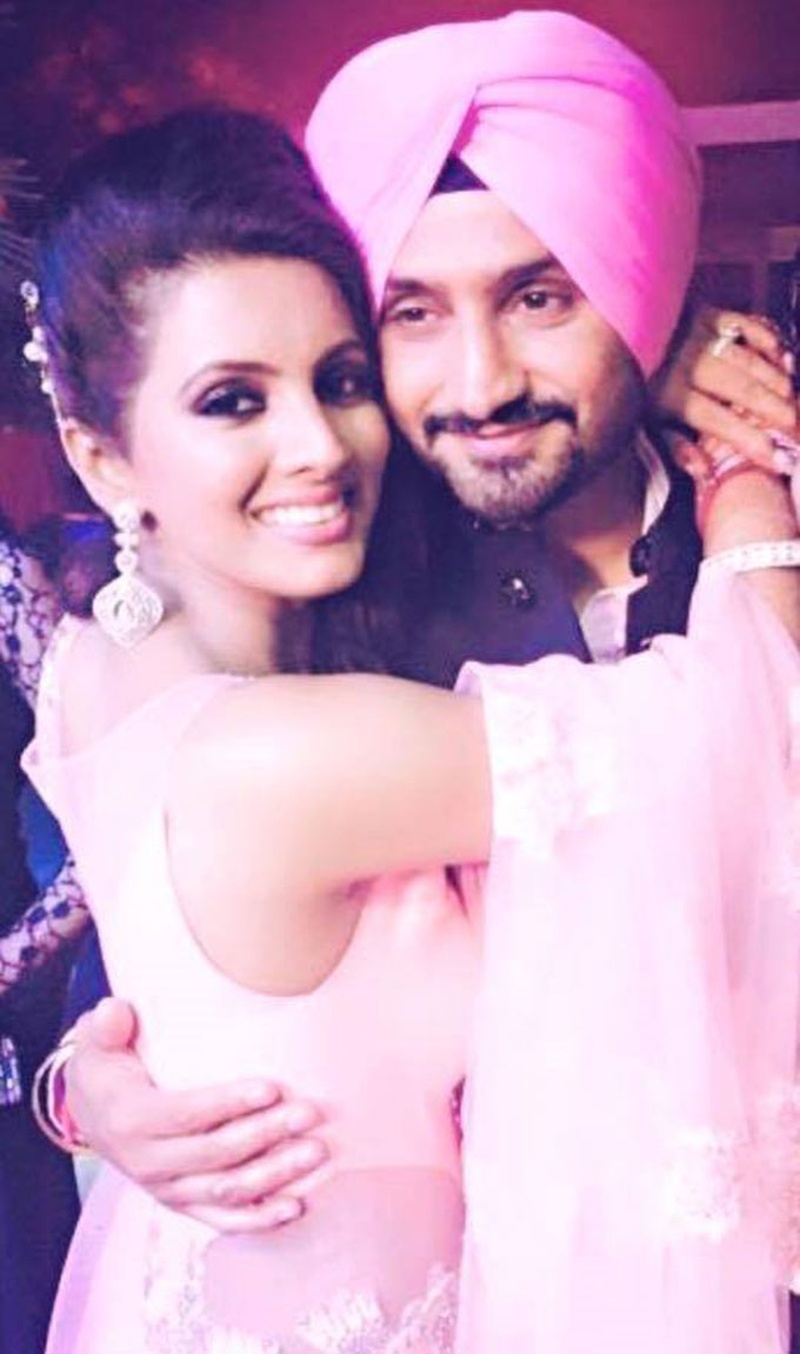 Ever heard the song ‘Punjabiaan di battery charge rehndi hai’? If you have, then you definitely would understand the magnitude of the wedding we’re here to talk about. A Punjabi wedding, a well-known cricketer and a Bollywood actress! The result? A well-written Bollywood script with its fair share of dhamaal, naach-gaana and all that jazz. After almost eight years of ‘are they dating’ or ‘are they not’ speculations, one of the most talked about celebrity couple finally tied the knot for the world to see. Along with some of the most prominent designers working on the couple’s outfits, the wedding was covered by one of the well-known photographer,  Israni 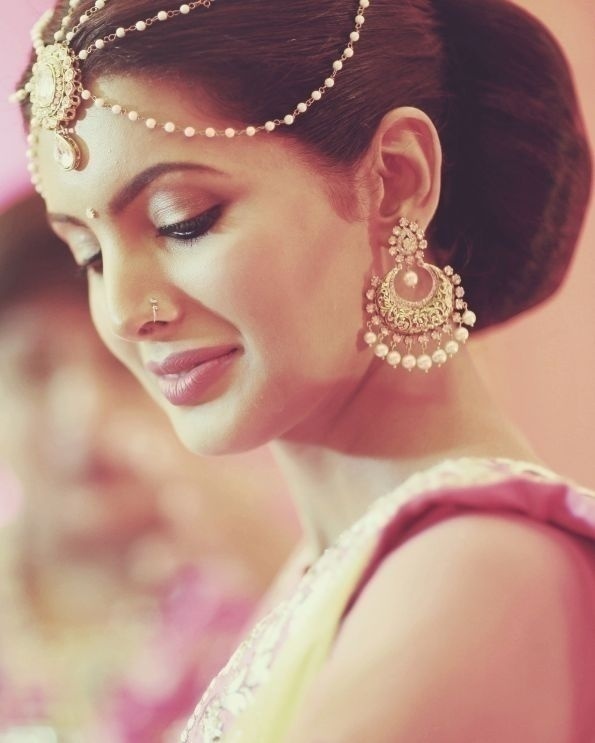 Bhajji was clean bowled over Geeta when they were introduced by a common friend. What after that, you ask? Well, there was no looking back since then. They met, fell in love but planned to keep it discrete as both of them chose to concentrate on their respective careers. But as they say, ‘true love cannot be concealed for too long’, the lovebirds came out in the open with their relationship and embarked on a beautiful journey. 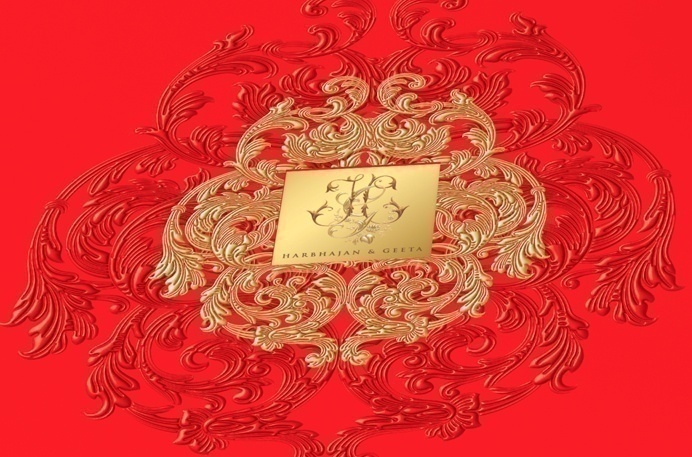 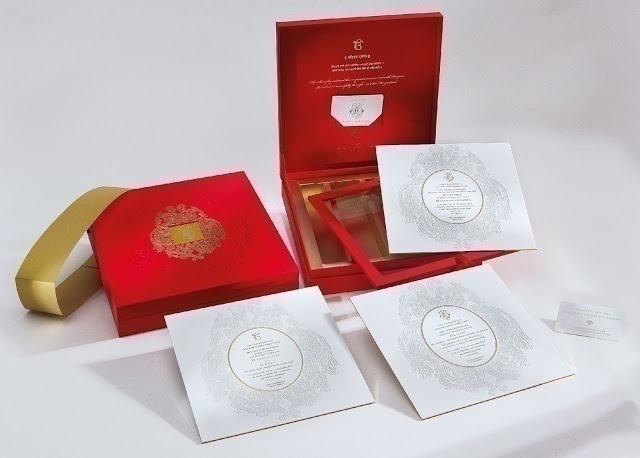 Just like their wedding, they made sure that the invitation cards given out to guests were nothing short of ‘grand’. The gorgeous wedding card was packed in a bright red box with a gold ribbon at the bottom, marking the guests’ name on it. The card opened to the invitation and a box of sweets. The box cover had the celeb’s initials (G and H) embossed on it with a design that was reminiscent of a regal era. 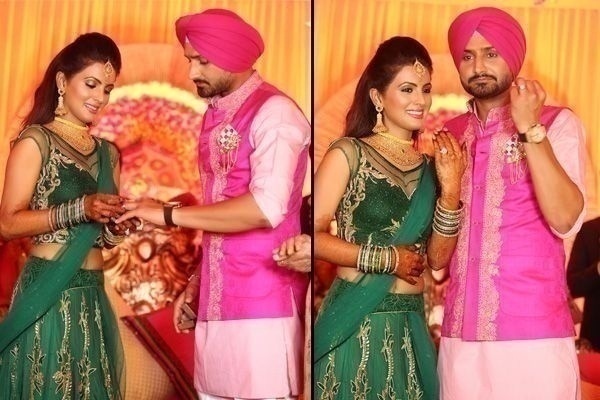 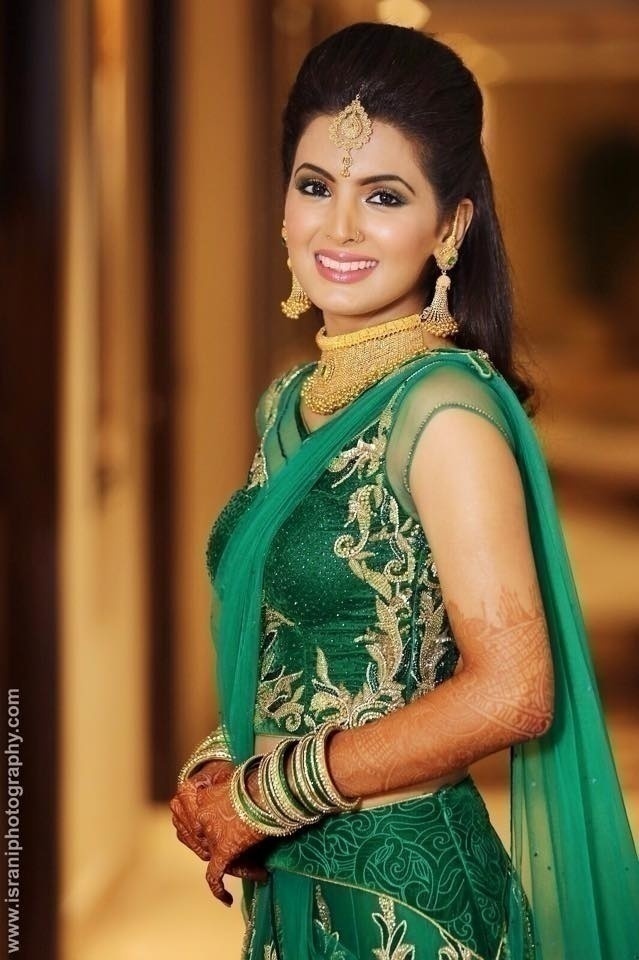 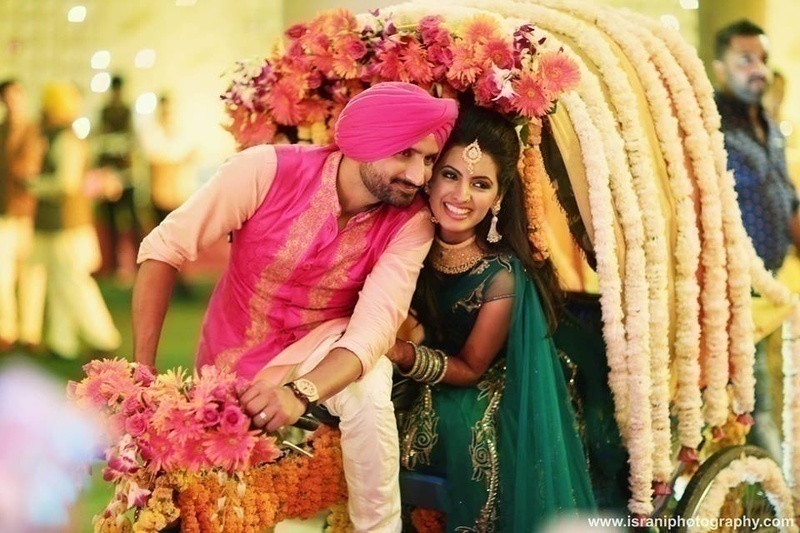 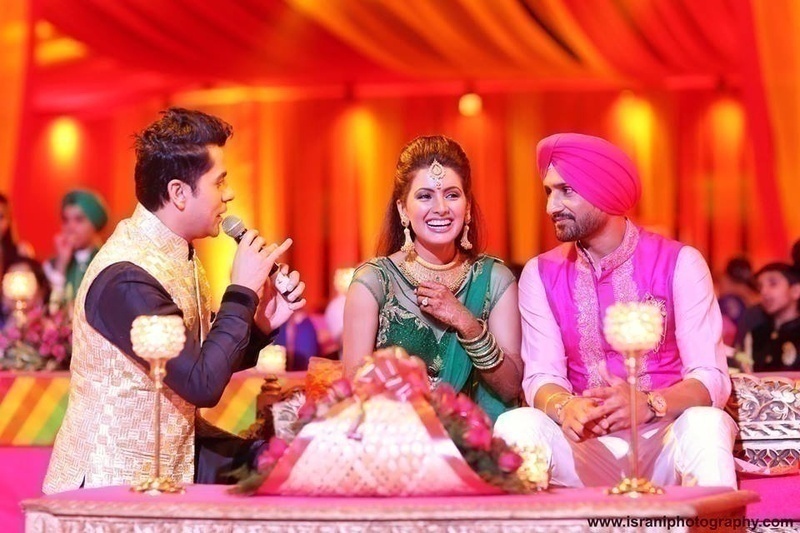 The couple’s sangeet function was also the day they exchanged rings. The ceremony took place on 27th October in Jalandhar, with family and friends in attendance. For her sangeet ceremony, Geeta Basra chose a green lehenga with gold vine embroidery designed by Babita Malkani while Bhajji wore a pink and white kurta and churidaar with intricately embroidered Nehru jacket. A flower laden rickshaw was specially arranged for their sangeet ceremony as the cricketer was in love with this particular piece of art and wanted to make it a part of his wedding function. The groom along with his bride-to-be was seen sitting on the rickshaw and posing for the shutterbugs. Bhajji’s teammates like Parthiv Patel, RP Singh and a few BCCI officials were present at the sangeet ceremony. Popular singers like Mika Singh and Gurdaas Maan made the evening memorable with their mind-blowing performances. 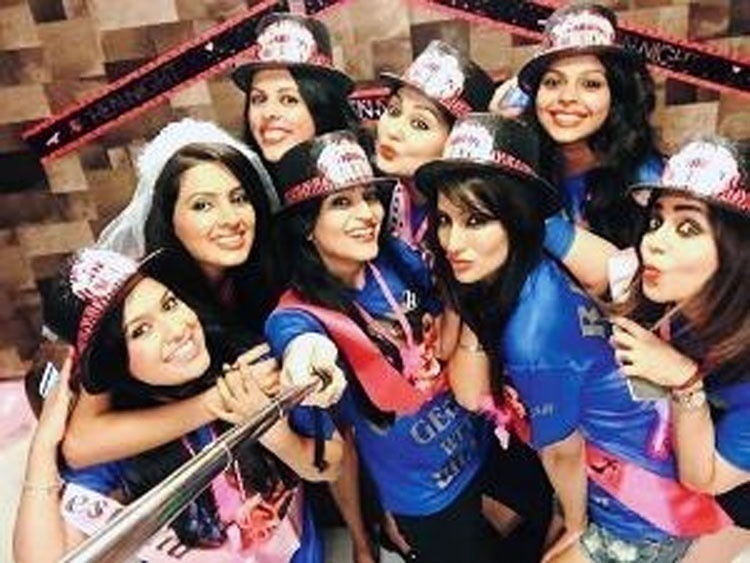 Geeta Basra surely celebrated her last day of singlehood by attending a spinster’s party thrown by her close friends who captured the moment with a spontaneous selfie. 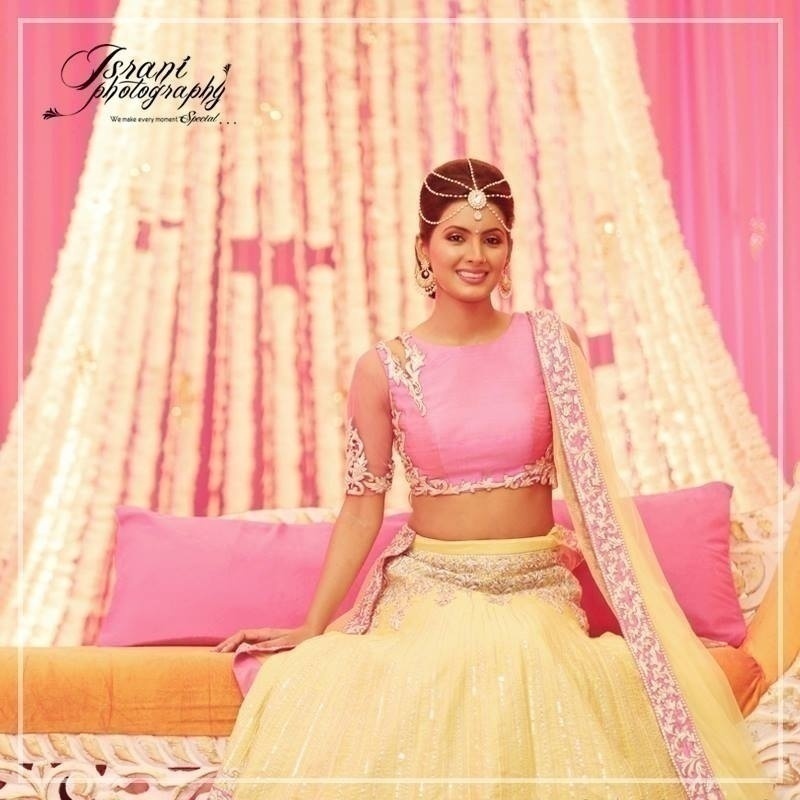 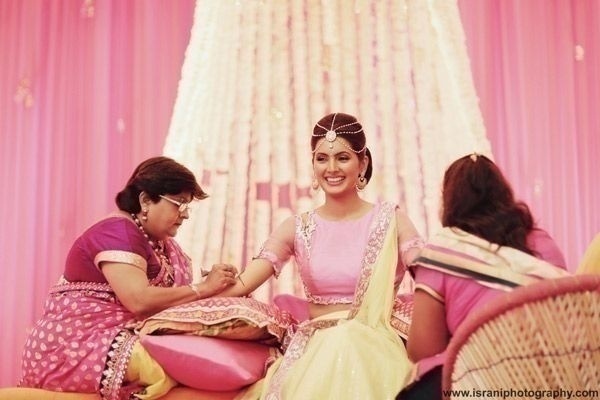 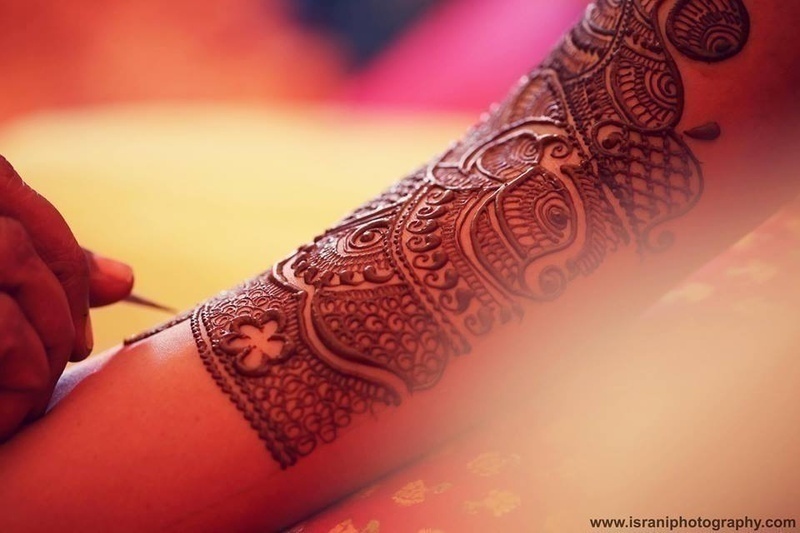 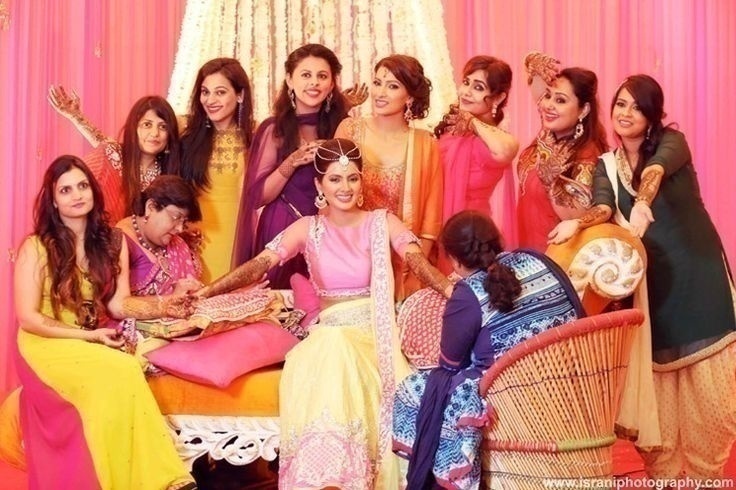 The mehendi function was a lavish affair and had a pink and orange theme. Geeta Basra opted for a lemon yellow and pink lehenga designed by Archana Kocchar. The outfit complemented her beautifully and also brought out the colour of the mehendi on her hands. The lovely matha patti accentuated the whole look and made Geeta Basra look like a million bucks. For any Punjabi, a Chuda ceremony holds a lot of significance. Geeta Basra made sure she looked every bit of the Punjabi bride-to-be. She chose an orange fish tail lehenga designed in beautiful Ahimsa silk along with a crop top. The beautiful lehenga had us swooning with its criss-cross pattern and detailed embroidery. 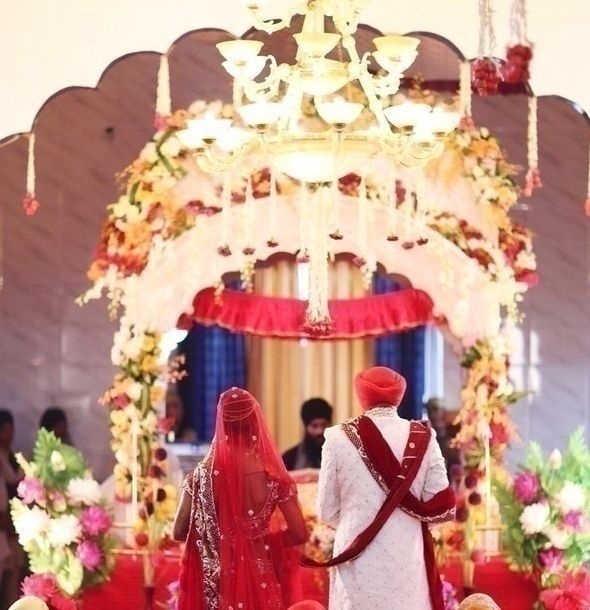 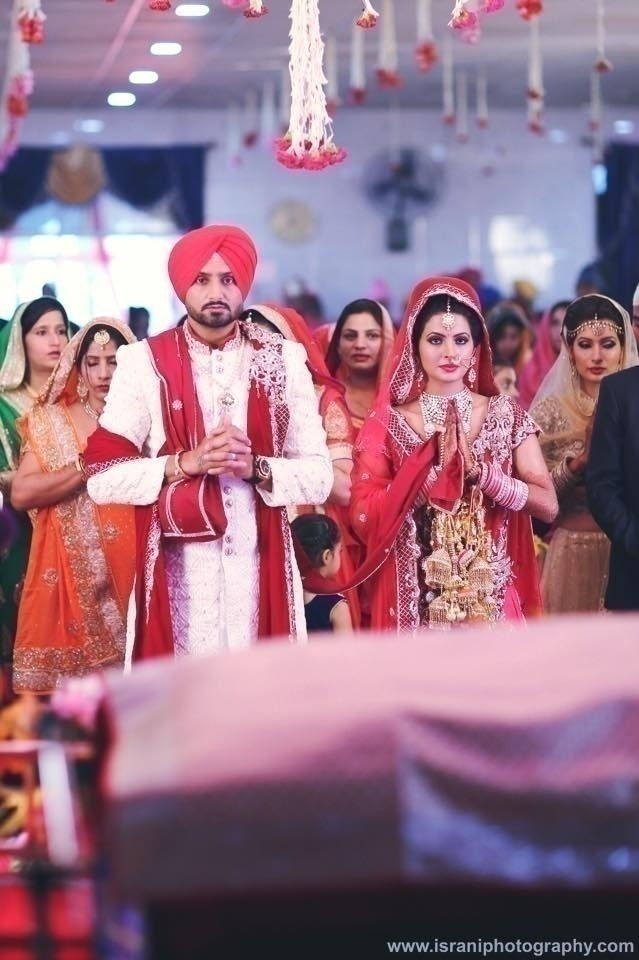 The couple exchanged wedding vows in a Sikh ceremony held at a Gurdwara in Jalandhar, attended by close family and friends. Both the bride and groom were aptly dressed for the big day. Bhajji looked dapper in an off-white sherwani and red turban and was seen holding a traditional kirpan. According to Archana Kocchar, Geeta Basra’s designer, Geeta wanted a very traditional outfit for her wedding day. She looked resplendent in a beautiful red and gold lehenga with a classic kamarband and maangtika. From the cricketing world, only Sachin Tendulkar accompanied by his wife Anjali Tendulkar was present at the wedding. 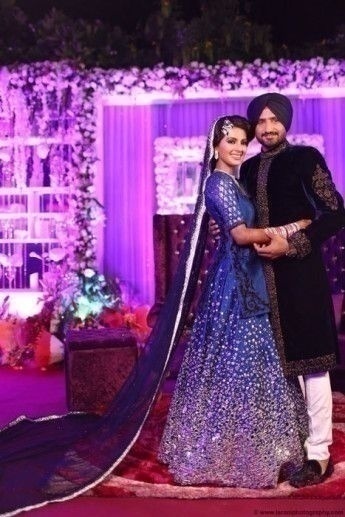 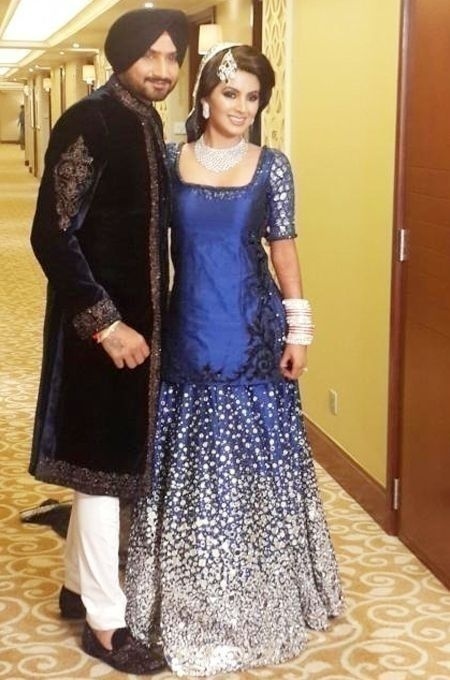 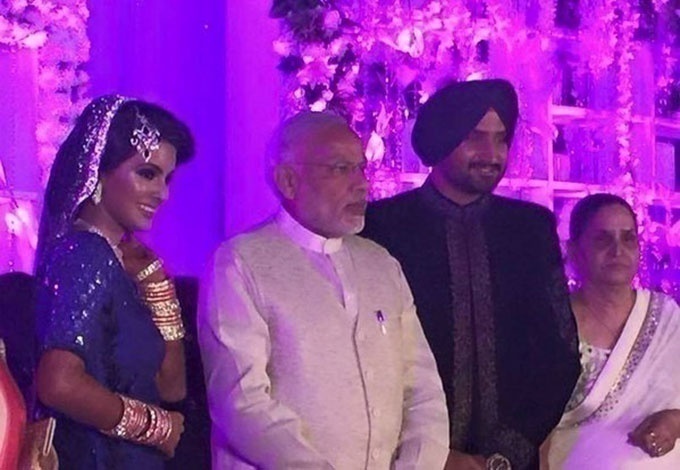 The reception was an extravagant affair with the who’s who attending the event held at Hotel Taj Palace in New Delhi. Geeta Basra looked stunning in a blue lehenga embellished with mirrors and sequins; whereas, Bhajji complemented his beautiful bride by wearing a matching velvet blue sherwani with gold work. The guest list included a host of Bollywood celebrities, teammates from the cricketing world and other politicians. Bhajji’s teammates like Virat Kohli, Yuvraj Singh, Anil Kumble, Virendra Sehwag, M.S.Dhoni, R Ashwin and Ajinkya Rahane were present to wish the couple. Virat Kohli grooved to a few party numbers played by Ranjit Bawa and sent the media into a tizzy. B-town celebrities like Amitabh Bachchan, Shah Rukh Khan, and Priyanka Chopra made it a point to attend the wedding and wish the couple. The former Prime Minister of India Dr. Manmohan Singh and the current Prime Minister Narendra Modi also graced the occasion. 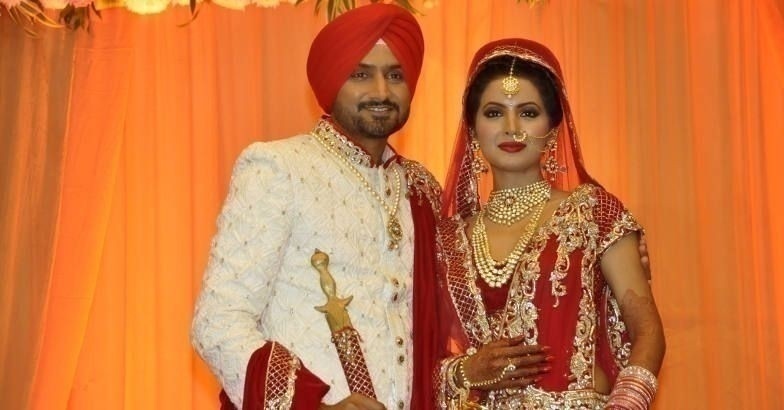 The celebrations still continue with the couple’s close friends throwing a bash for them. Even though it’s been more than a month and a half, people still haven’t stopped talking about the wedding. Who would want to forget a magnificent wedding with a horde of celebrities who make your eyes pop out of the head?

Disha and Jigar Tied The Knot in A Dreamy Wedding Celebration; Indeed A Celebration of Love! They met, they fell in love, and they lived happily ever after. Yes, this is the love story of the couple that we are going to ... May 6, 2021 Destination Wedding in Goa under 10 Lakhs to celebrate a memory for a lifetime! Chris Lang Photography (Image Maker)  There is something about goa weddings; breeze blowing through your hair, you ... March 19, 2021 The Ultimate Guide to Pre-Wedding Photography Ideas to Bookmark No wedding is complete without the perfect wedding photographs. No matter how your wedding day will turn out to be, one thing t... March 18, 2021 Nearby Cheap Banquet Hall in Ahmedabad To Host Events In Your Budget! Wedding is a lifetime memory and one should celebrate in such a way, that one doesn't need to jeopardize the future savings for... March 16, 2021 Celebrate a Glam Wedding Day with Kalki’s New Shimmer Collection Indian weddings are grand, they are spectacular and more so they are full of glitz and glams. We literally have a million thing... March 1, 2021