An A-Z guide on Muslim wedding rituals for all the Muslim brides and grooms out there! 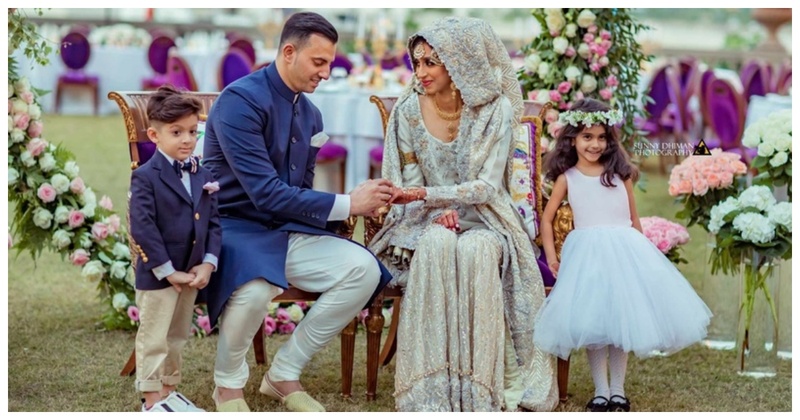 There is no denying the fact that Muslim weddings are one of the most scintilliating weddings ever. They are colourful with a dash of shimmer and glamour! Everyone thinks that weddings comprise of engagement, sangeet, mehendi and the main wedding ceremony. Let me tell you, there are many more! Consider me as the wedding equivalent of Dora who explores different weddings instead of mountains and bridges! Today the map points out at Muslim wedding rituals or nikah!

Once the marriage between two individuals is fixed, the Imam or the religious head of a nearby mosque is called to perform a special prayer. The Imam seeks for Allah’s consent and asks Him to bless the couple. This considered as an official announcement of the marriage. 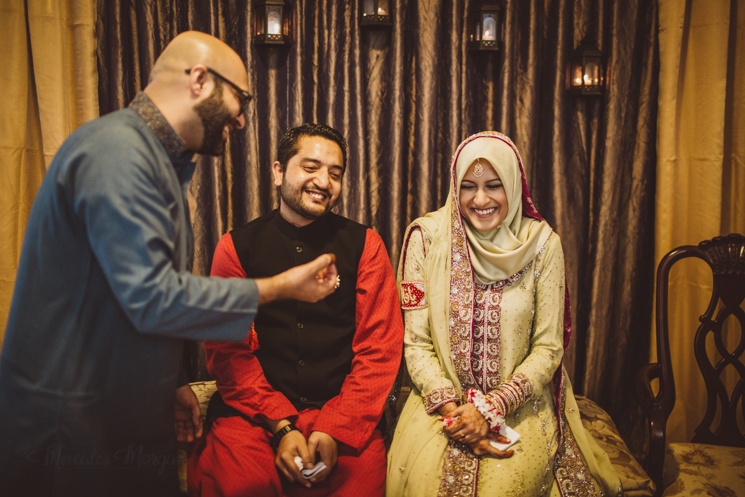 After the Istikhara, the groom’s mother goes to the bride’s house bearing gifts on an auspicious day. She also carries a silver/gold coin wrapped in a silk scarf and ties it to the bride’s wrist. This ritual signifies the bride’s acceptance at her in-law’s house. 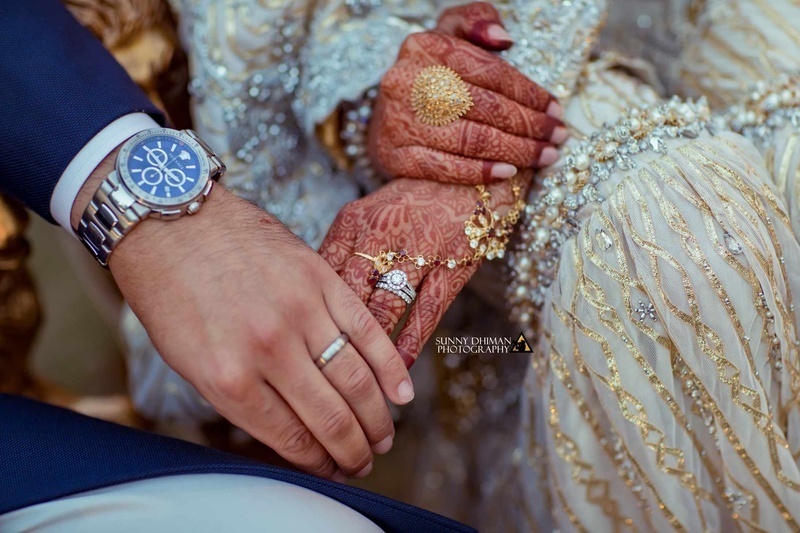 Mangni is the official engagement ceremony between the bride and groom. Each family showers the other with gifts of sweets, fruits, dry fruits, etc. 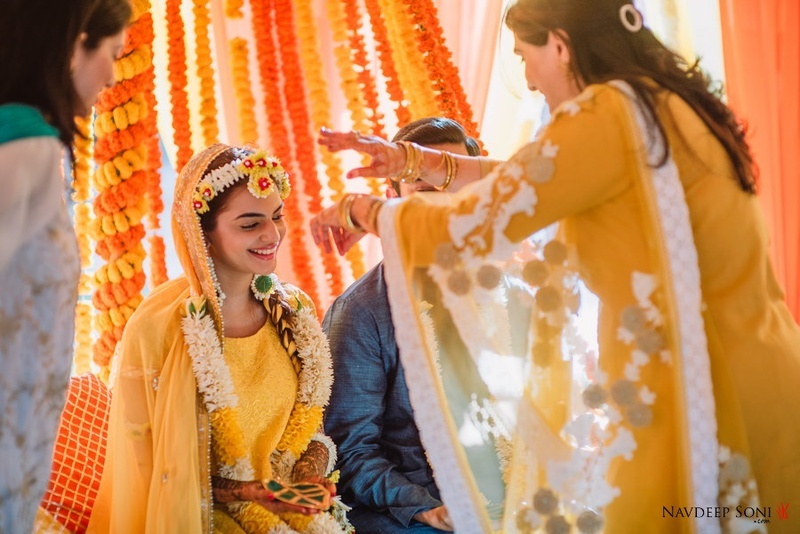 Manjha is very similar to the haldi ceremony followed by Hindus. A few days before the wedding the bride is dressed in yellow finery. A paste of haldi, sandalwood and rose water is applied to her. After the manjha ceremony the bride and groom are not supposed to leave their house until the wedding day. 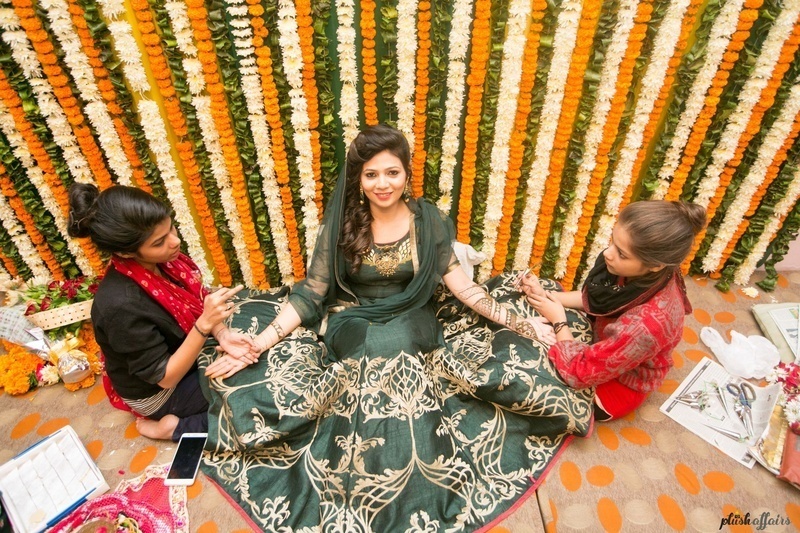 Mehendi or henna designs are popular among Indian brides. The bride’s hands have beautiful elaborate henna designs on them. It is customary to include the groom’s initials within the bride’s mehendi  which he has to recognize on their first night together. 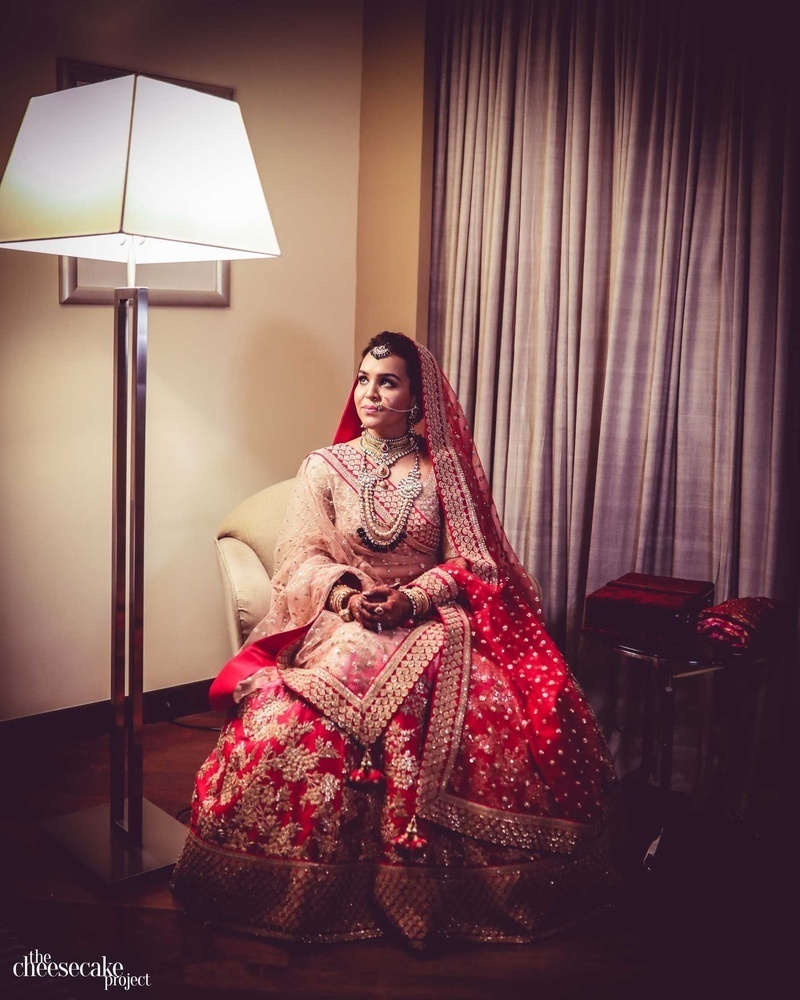 The mehendi ceremony is followed by Sanchaq. In this ceremony, the groom’s family visit the bride’s family and bring tons of gifts. The gifts include the lehenga to be worn by the bride on the wedding day along with jewellery, cosmetics, and sweets.

The Holy Quran has a list of protocols to be followed by the bride in regards to her wedding attire. At any given point, only her face and hands should be visible. The colour green is considered auspicious in Islam, hence it is a popular colour among brides. Nowadays bride don’t shy away from experimenting with different colours. She is supposed to wear a nath on the right side of her nose which will be replaced by a nose pin. Nose pin is mandatory for all Muslim women. Jhoomar or paasa, a triangular head ornament makes Muslim brides stand apart! 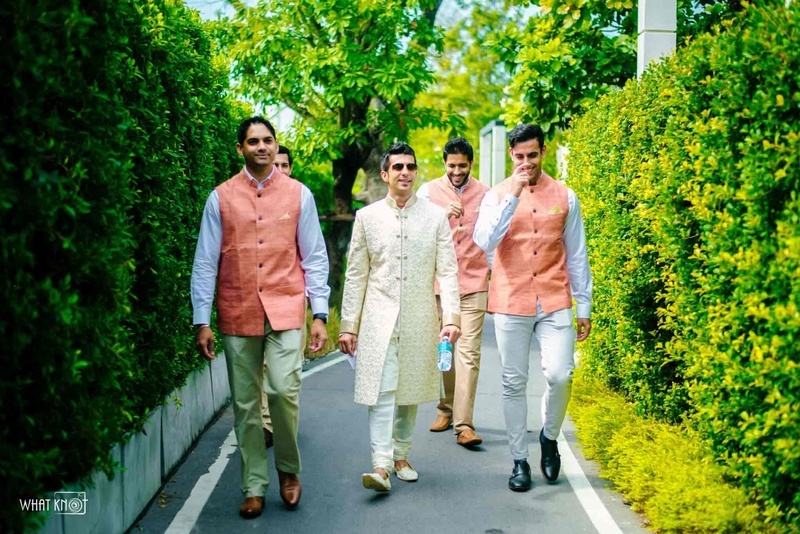 The groom sets out with his friends and family towards the wedding venue with great pomp. A car is sent by the bride’s family specially for the groom. The brother of the bride or someone close goes to the groom’s house to escort him.

The groom and his family is received with lots of love and a warm welcome by the bride’s family. The bride’s brother offers him a sherbet and other guests coming in are sprayed with rosewater or ittar 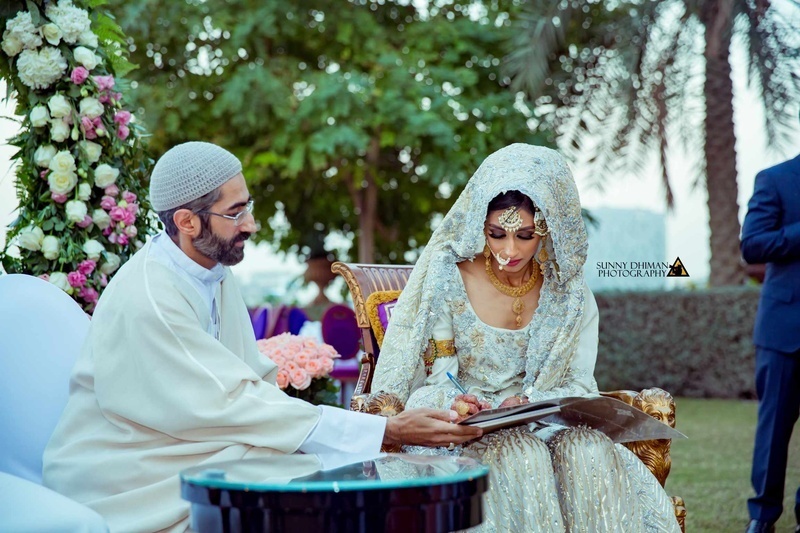 Nikah is the official marriage ceremony between the bride and groom. A religious priest or maulvi officiates their marriage. The bride and groom are to be seated separately so that they don’t see each other. The groom’s family presents the bride with mehr, a pre decided amount of money to seek her consent for the marriage. After reciting a prayer from the Quran the maulvi asks the bride if she consents to the wedding by accepting the mehr. He asks her the phrase ‘qubool hai?’ thrice. The bride has to reply by saying “qubool hai.” thrice in an affirmative tone. Then the same is asked to the groom. This procedure is called Ijab-e-Qubool.

After he Ijab-e-Qubool, the bride and groom are asked to sign the nikahnama or marriage contract. The nikahnama outlines all the rules and duties to be followed by the couple. The signing is supposed to be born witnessed by at least two people on both sides. This is followed by the recital of Khutba, a religious discourse. The Maulvi then recites paragraphs from the Holy Quran which are equivalent to marriage vows. 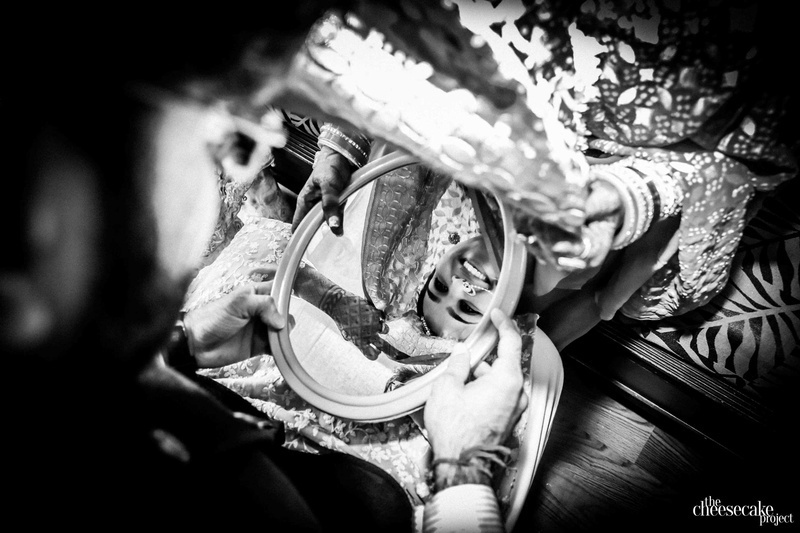 You must’ve seen the arsi mushraf ceremony a lot of times in Bollywood movies. The bride and groom are given a mirror so that they get a chance to lay eyes on each other for the first time after the marriage is solemnized. After the brides bid adieu to her family, she heads for her husband’s home. She is given a warm welcome by her in-laws. The Holy Quran is placed on her head as a reminder of her duties. 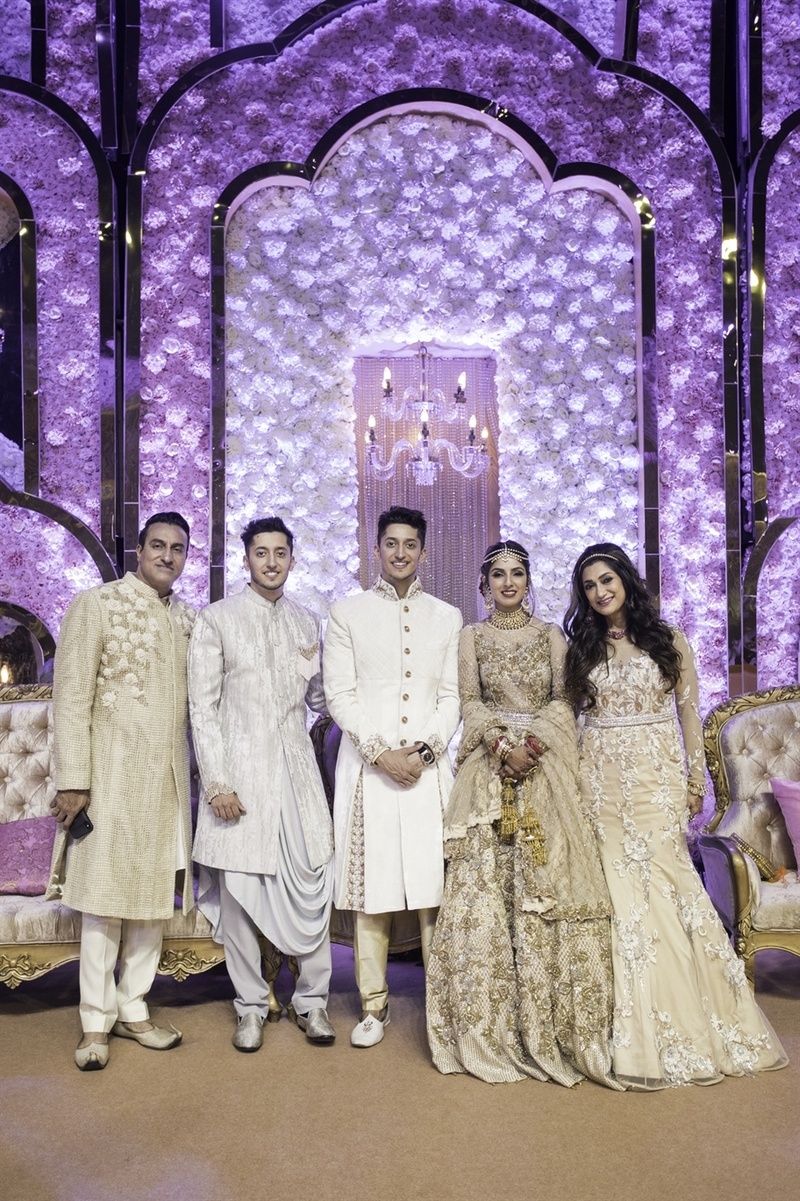 Walimah marks the public declaration of the marriage. A grand reception is thrown for the couple where they meet their extended families and friends. Delicacies like biryani, sheer khurma, etc are prepared for the same. 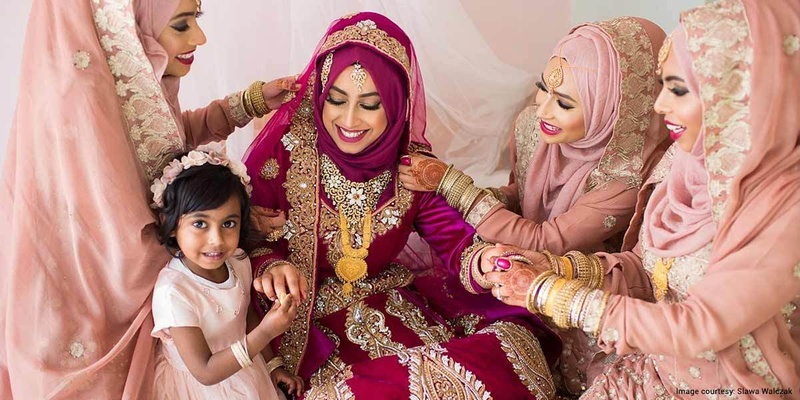 The bride visits her family on the fourth day of marriage. Her new husband accompanies her as well. Her family shower the couple with gifts and blessings. The Chauthi concludes an Indian- Muslim wedding.

10 Indian Wedding Customs Decoded For You A typical Hindu wedding is full of traditions that bring together the two families of the couple in many sacred, meaningful rit... Oct. 15, 2019 15 Interesting Wedding Myths and Beliefs Around The World 15 Interesting Wedding Myths And Beliefs Around The World Myths and beliefs have been passed on through generations, be it cult... Aug. 27, 2019 5 Ideas to make your Saath Pheras more fun & interesting!   Unlike other countries, India is well known for its wedding customs. The ‘saath pheras’ are an integral part of all the weddi... May 20, 2019 15 Trendy Engagement Ring Designs for your Man! Marriage is the most memorable event in your life and engagement defines the beginning of it. And you must “seal it with love”!... May 14, 2019 Floral Wreaths have taken over Instagram and we couldn't be happier! No one can beat India when it comes to drama, motichur ke ladoos, big fat weddings and everything related to it! Gone are the d... May 10, 2019