Forget Typical Sangeet Songs: 5 Replacements You Must Shake A Leg On 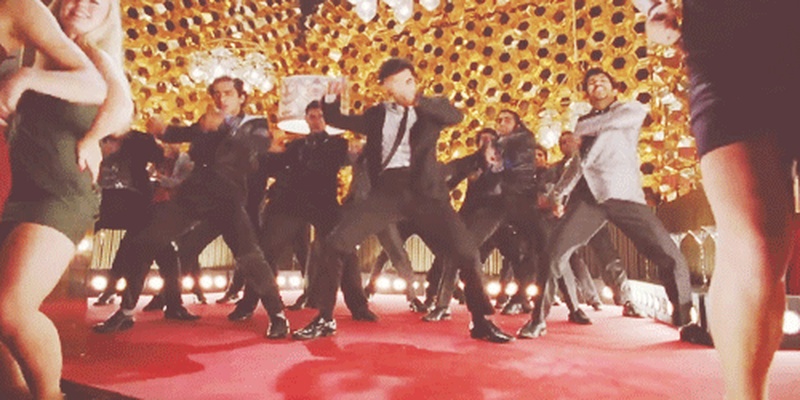 All the sangeet ceremonies you’ve attended so far have people performing on the same old songs time and again? Has it become too predictable that the groom is going to perform on Delhi walli girlfriend and the bride’s family a group dance on London Thumakda?

Now, it’s time for your wedding and you’re looking for songs that are not typically boooorring and overly done at the recent 20 weddings you’ve attended.

If you’re sick with the top 10 Bollywood sangeet songs and looking for something hatke, helping you add some sugar, spice and everything nice at your sangeet ceremony, we suggest these latest foot tapping numbers that are a breath of fresh air to the stale list of sangeet songs.

Take cue from these super cool and fun choreographies we’ve come across.

This is a great song for the bride to perform on, either alone or with her bridal party. Perfect enough to disclose her inner joy while proceeding to her new journey.

This song can be performed by the groom, bride and their bridal party. We’d suggest the girls to put on a cute moustache just like Alia Bhatt did in the song to get into the total ‘gandh phaila do’ mode.

This is a fun song for the groom to perform on with his brothers, groomsmen and his bride. It has all the elements of dance and ched-chaad.

The bride and her girlies can put up a great show at this fun and foot tapping song from the super hit movie Dil Dhadakne Do. The fun beats of the song is sure get all your guests on the floor.

This song can be picked up by the Mumyji’s and Auntyji’s. If not, pass it on to the bacha party who can pick these cool moves easily. It is guaranteed to be a bomb performance!