Here’s everything you wanted to know about Marwari Wedding Rituals – From Godh Dhana to Bidaai! Think about Marwari wedding and you can already picture a grand, colourful and lavish Rajasthani affair. And honestly, this is all what marwari weddings are about.

If you are the would-be-banna (groom) and bandi (bride), then here are all the marwari wedding rituals to prerp yourselves up for. Rupiyo Nariyal is referred to as engagement in the Marwari tradition. It is carried out at the groom’s place where the men from the bride’s family bear gifts for the groom’s family. The bride’s brother then applies kumkum and chokha (rice) on the groom’s forehead.

No subh kaarya begins without invoking the blessings of Lord Ganesha. In marwari tradition, Ganpati Sthapna happens a couple of days before the wedding. Well known as Haldi in different cultures, the pithi ceremony is an integral pre-wedding ritual. The banna and bandi become the playful victims at the hands of their relatives who apply haldi on them.

Also, this haldi paste is made of Turmeric powder, sandalwood, milk, saffron and overnight-soaked almonds all mixed in together to make a fine paste. It is also believed to bring a natural glow on the couple’s face on their D-day. 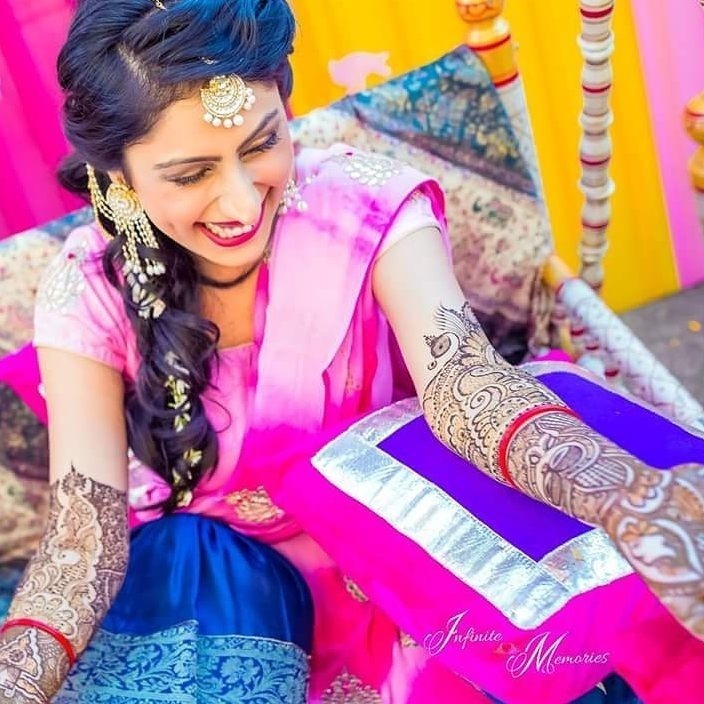 Mehendi ceremony is another joyous affair, where women in the house apply mehendi on the bride’s hands and feet.  This mehendi is believed to be a bring-in happiness, abundance and fulfillment in the bride’s life. Mehfil – well known as Sangeet is an evening festivity where the bride and groom’s family come together to enjoy the traditional folk music and dance, celebrating the wedding. 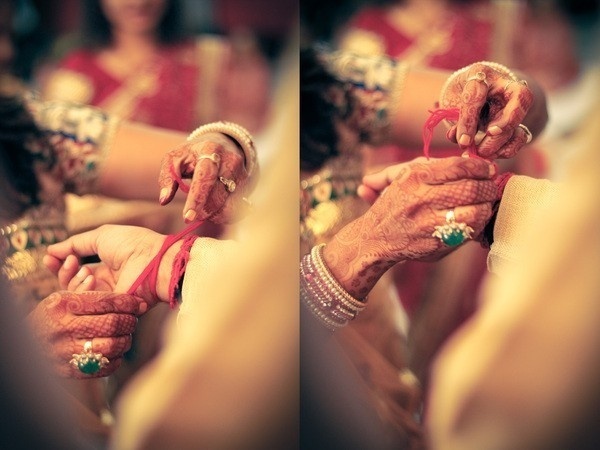 Marwari weddings are a lavish affair and at times, make a huge dent in the maternal uncle’s pocket. Why? Because, in this particular ceremony, the maternal uncle is supposed to gift the bride and groom-to-be, some generous gifts!

The gifts often are some precious items like jewellery, clothes and some perishables. Palla ceremony is done in the early hours before the wedding, where the groom’s relatives visit the bride and adorn her with gifts, bridal clothes and jewellery that she wears during pheras. Right before the groom heads to the Wedding venue, his sister ties a golden thread sehra around the groom’s head and then apply kajal behind his ear to ward off any evil as the banna gets ready to meet his bandi.

Post which the barat sets off to reach the wedding venue. Barat is a fun affair for all everyone who is apart of it. The entrance of the wedding venue is exquisitely decorated with garland and toran. The groom hits it with a stick of neem tree to ward off all the negative energy.

As much serious it might sound, it is a fun ceremony after which the mother-in-law of the groom pulls his nose while doing tilak. Jai mala is no doubt an amusing ceremony where the couple adorn each other with garlands.

The brothers and friends of groom and bride get playful and lift them up to make it difficult for them to put the jaimala. Mama Milni is where the ladkiwalas welcome the ladkawalas. All the respective uncles from both families greet each other with hugs and garlands. 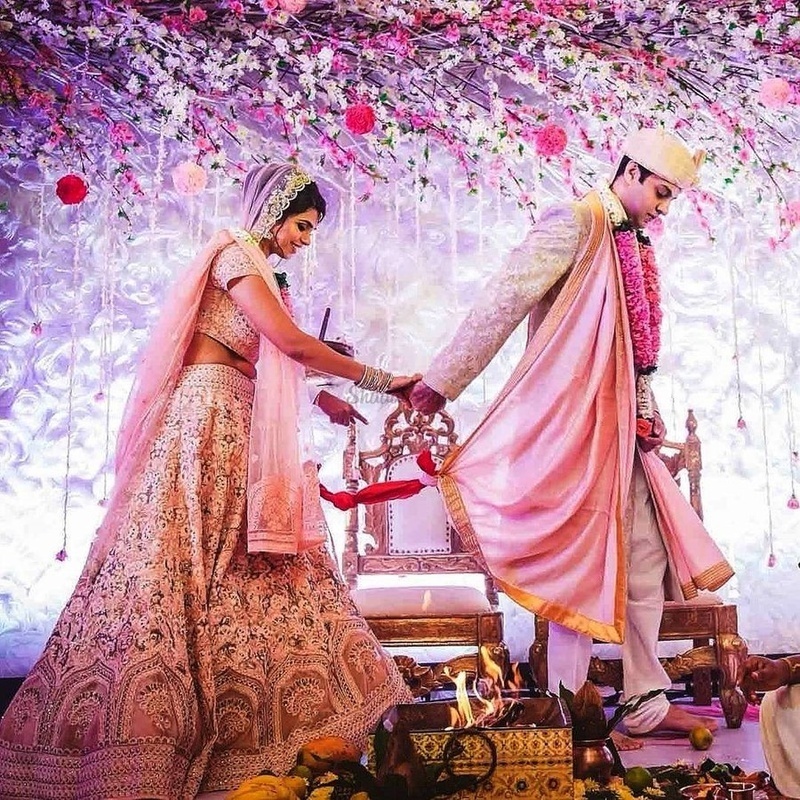 The wedding ritual starts with the couple adorning each other with varmala, followed by the gath bandhan, pani graha, Kanyadaan and finally the pheras take place. Marwari weddings are fun both before and after the wedding. Jui Khilai is a ceremony where the couple plays various games. They are believed to break the ice between the bride and the groom, post the oh-so-serious wedding ceremony! It’s time for the bandi to leave her maternal house and bid a goodbye to her family. As the couple leave the house a coconut is placed under the car wheel which is believed to bring happiness and good luck.

And that my friends, conclude all the deets you wanted to know about a big-fat Marwari Wedding!

10 Indian Wedding Customs Decoded For You A typical Hindu wedding is full of traditions that bring together the two families of the couple in many sacred, meaningful rit... Oct. 15, 2019 Kerala Wedding Sadhya: A Sumptuous and an Elaborate Feast of Sorts A traditional wedding in Kerala is an intimate affair that generally takes place in the morning with simple rituals and a short... Sept. 20, 2019 15 Interesting Wedding Myths and Beliefs Around The World 15 Interesting Wedding Myths And Beliefs Around The World Myths and beliefs have been passed on through generations, be it cult... Aug. 27, 2019 10 Strange Wedding Traditions Practised in India 10 Strange Wedding Traditions Practised in India   A wedding is that occasion of the year bringing together families, friends, ... July 18, 2019 10 Songs That you can perform on with your siblings at the sangeet or mehendi night! Is it possible to love someone and have a strong yearning to kill them at the same time? Yes of course! That someone is otherwi... April 28, 2019