“I could have got carried away with my name and fame. But she has grounded me,” Ranveer Singh opens up about his relationship with Deepika Padukone! 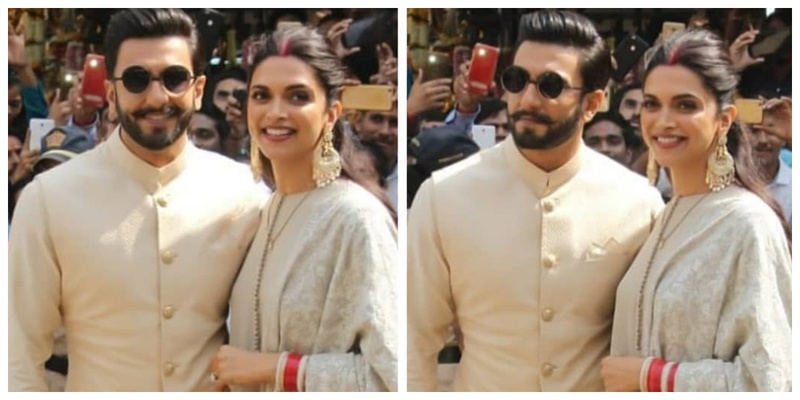 Ranveer Singh and Deepika Padukone sealed the deal after a nation wide speculation of ‘are they dating or are they not’. They recently tied the knot at Lake Como in Italy at a 800 year old villa. The wedding and the post-wedding ceremonies were intimate affairs attended by their closest friends and immediate family members.

After we spent endless hours gushing and aw-ing at their wedding pictures, Ranveer Singh opened up about his wedding and equation with Deepika Padukone for  time and it’s beyond beautiful! Scroll down to know more:

What does baba think of marriage in general?

He said, “Yes, things will be different, there’ll be demands on my time. Marriage takes some work and effort. But I believe it’s going to be a blast. We’re going to be living together officially. I’ve been wanting to shift gear into becoming a family man for a while now.”

On his equation with Deepika he said,

“She is someone who demands authenticity of character. That’s the biggest influence. She’s a real person and demands that you keep it real too.

She has anchored me. I could have got carried away with my name and fame. But she has grounded me. Before she had her blockbuster year, we’d already started dating, I’ve seen her deal with success and failure.” *awwwwww*

When did he realise that she is the girl?

“Six months into the relationship, I knew she was the one. I nurtured the relationship accordingly. It’s been six years now. She’s too good, too lovely. She’s a force of nature. I understood that almost immediately. “

Is she lucky to have him:

“I don’t think about these things. I’m lucky to have her. I knew all too well that this is the woman I’m going to marry. This is the woman who would become the mother of my children. I’ve been thinking about marriage seriously for almost three years now. I was just waiting, I told her the minute you say so, we’ll do it.”

Both of you are at the top of your game. Is this the right time to be distracted by marriage?