While the social media was going all crazy talking about #sonamkishaadi, the richest man of India – Mukhesh Ambani’s daughter, Isha Ambani got engaged last weekend! It has barely been a couple of months since Akash Ambani’s wedding news broke out, and now Isha’s  engagement has been officially announced with a series of adorable engagement pictures!

The young and talented businesswoman is set to tie the knot with billionaire Ajay Piramal’s son Anand Piramal, who got down on one knee and proposed to her. What a gentleman!

They got engaged in a very intimate affair, at a temple in Mahabaleshwar. The couple celebrated the occasion with a lunch, joined by their parents Nita, Mukesh, Swati and Ajay. The function was also attended by Isha’s grand parents Kokilaben Ambani and Purnimaben Dalal, Isha’s twin brother Akash Ambani, younger brother Anant Ambani, Anand’s sister Nandini, Peter, Anya, Dev and other family members. Post that, the Ambanis threw a party at their residence, Antilia and it was obviously a star-studded affair!

Who is Isha Ambani: 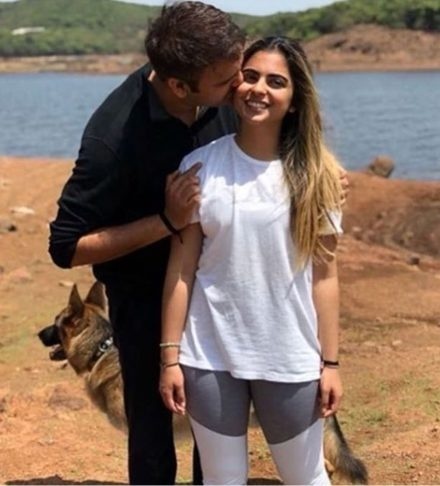 She’s the daughter of Nita and Mukesh Ambani and twin sister of Akash Ambani.

Isha is on the boards of Reliance Jio and Reliance Retail and is widely credited for instilling a culture of youthful dynamism in the business. She holds a Bachelor’s Degree in Psychology and South Asian Studies from Yale University and will be completing her Master in Business Administration programme from the Graduate School of Business, Stanford by June.

Who is Anand Piramal: He’s the founder of Piramal Realty, a real estate company. Prior to this, he had founded Piramal Swasthya, a rural healthcare initiative that treats 40,000 patients a day. He is also an Executive Director of the Piramal Group, a global business conglomerate.

Anand holds a Bachelor’s Degree in Economics from University of Pennsylvania and a Masters in Business Administration degree from Harvard Business School. 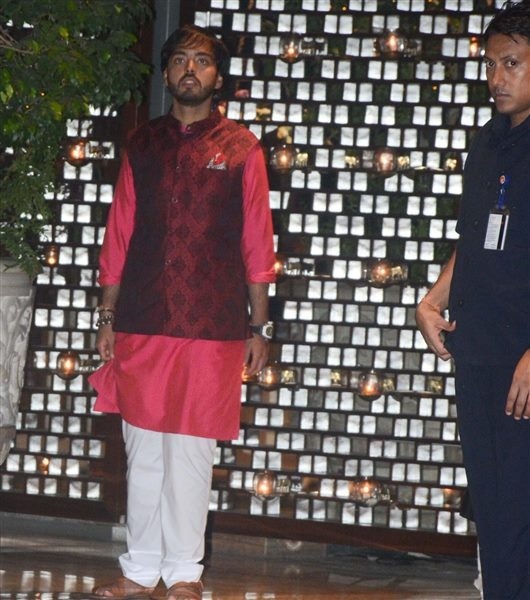 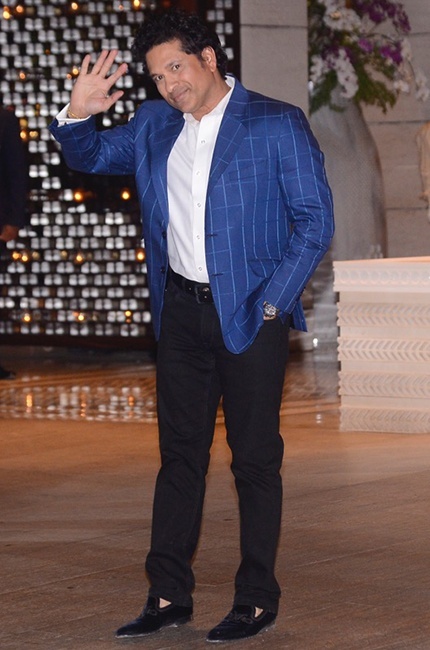 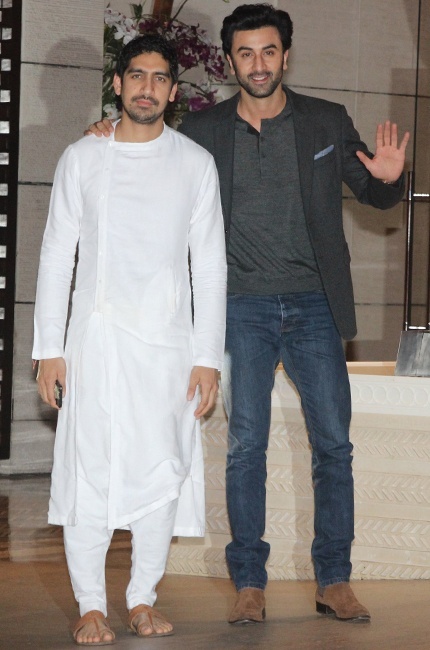 Have a look at these exclusive videos from Isha and Anand’s pre-wedding ritual – God Dhana that’ll melt your heart:

Have a look at how beautifully Antilia was decorated:

Mukesh Ambani gets emotional as he speaks at his daughter engagement:

A father daughter moment like no other – Mukesh and Isha Ambani dance to Dilbaro :

With an engagement like that, I can barely contain my excitement for the wedding! Here’s wishing this couple a lifetime of happiness!