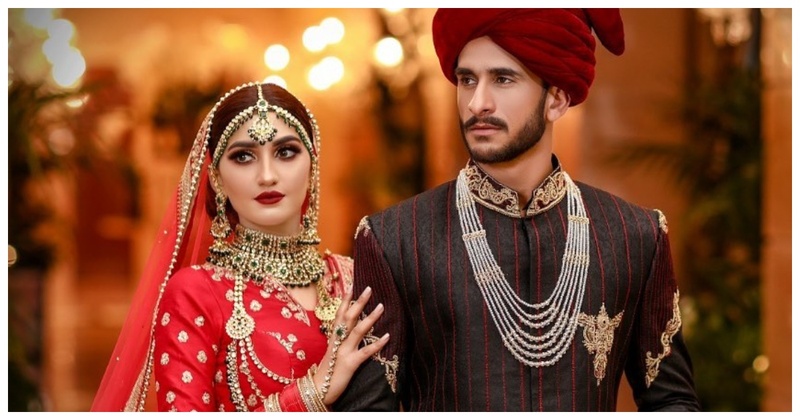 Popular Pakistani fast bowler Hassan Ali bid his bachelorhood adieu and tied the knot with Dubai-based Indian flight engineer Samiya Arzoo on Tuesday in Dubai. The wedding was an intimate affair, attended by close friends and family and no celebrities, politicians or diplomats were invited. Hassan Ali is the fourth Pakistani cricketer to get hitched to an Indian girl.

Soon after the wedding, a host of videos and pictures went viral on social media discussing the Ind-Pak wedding. While many fans went gaga over the affair, it did not go down too well for many owing to the recent tension between the two countries. However, it was evident that for the couple nothing mattered but their love for each other! 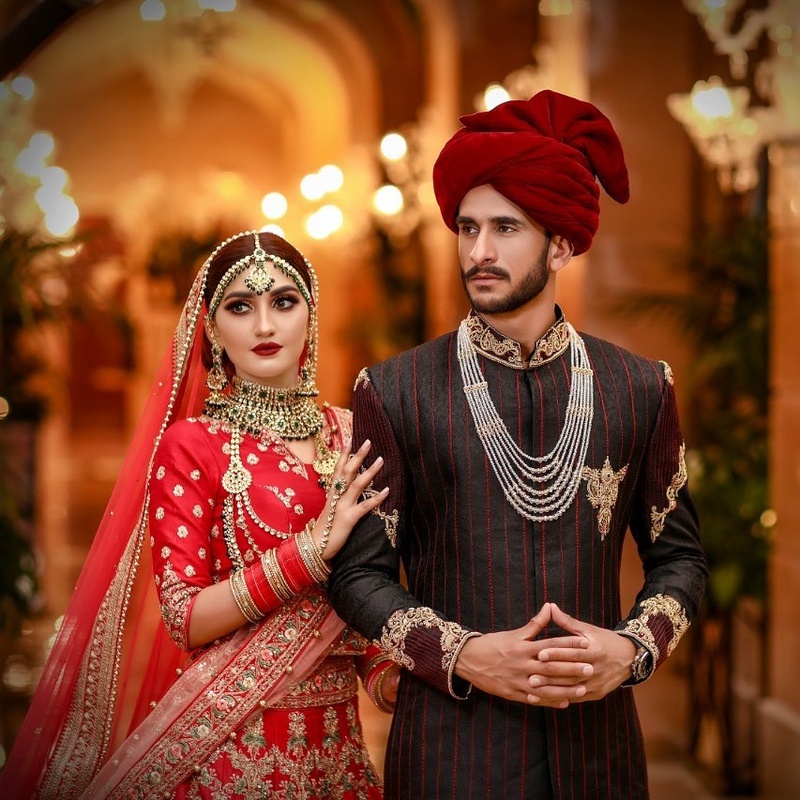 The wedding festivities kicked off with a mehendi and ceremony followed by a photoshoot for which Ali and his better half were photographed at various breathtaking locations like Burj Al Arab, Burj Khalifa, and Jumeirah Board Walk.

A night before his wedding, he posted a picture with a caption which said, ‘Last night as a bachelor.’ 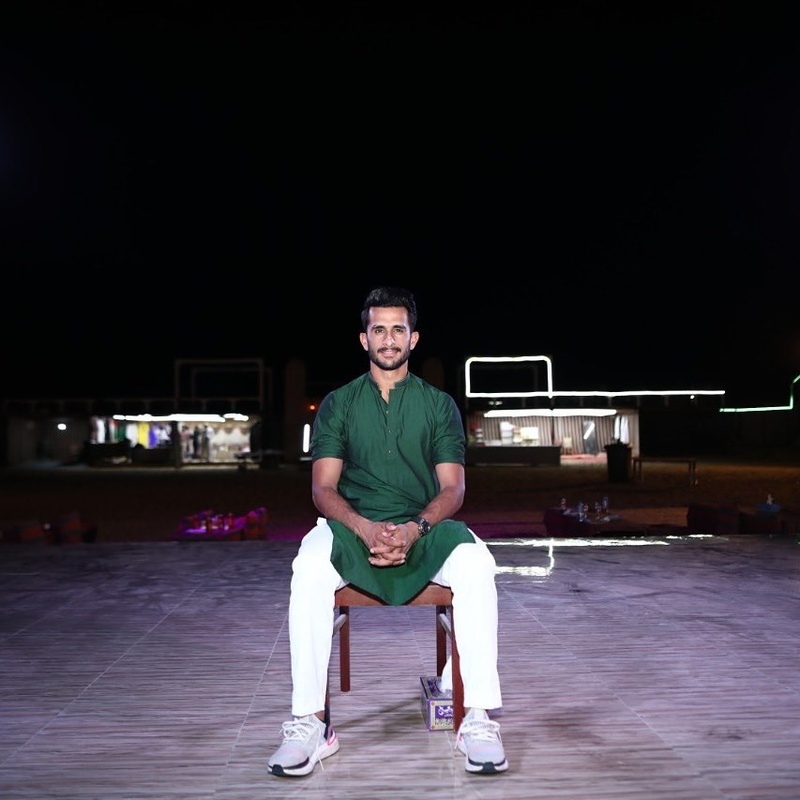 A few guests from Delhi also attended the wedding, however, among the cricketers only Shaddab Khan was present at the affair. 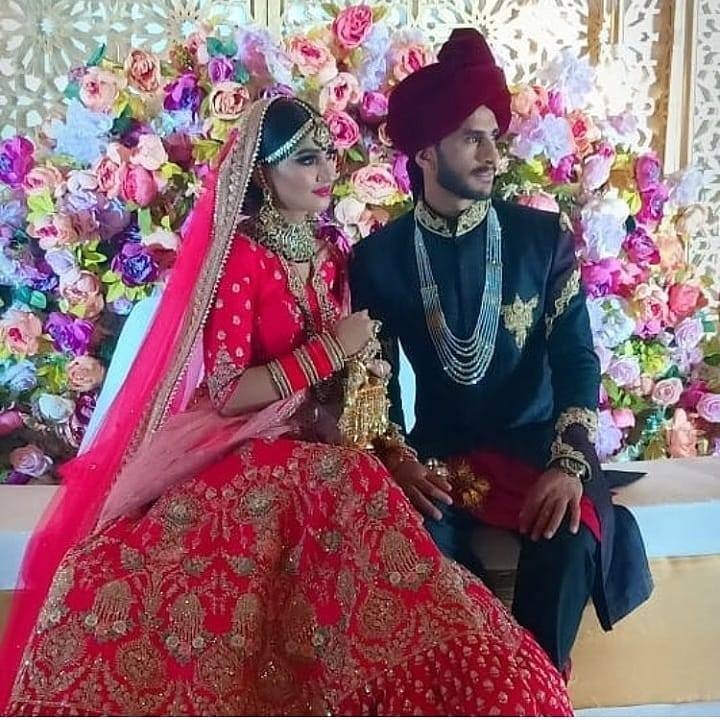 Hassan Ali wore a black sherwani with red piping and gold embroidery. He paired his outfit with a red turban and a statement necklace. Samiya wore an extravagant red and traditional lehenga with gold embellishments and floral embroidery. She wore a gold and emerald choker, rani haar and a beautiful maathapatti. Not to miss her stunning haathphool and chudaa. 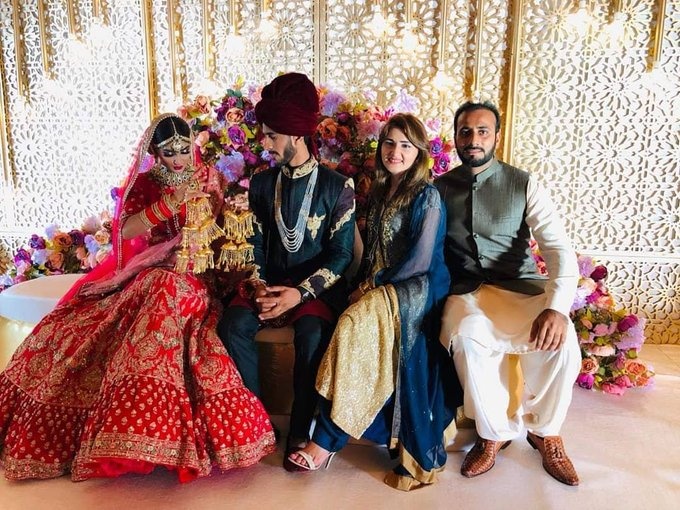 It is reported that guests were served a mix of Arabic and Asian cuisine. Some of the delectable dishes offered were Peshawari karahi, Mutton Karachi, aloo methi and loads more.

It is true love stories like this that reinstall our faith in the concept of unconditional love overlooking the societal concepts of religion, caste, age or gender.

Our heartiest congratulations to the newlyweds and we wish them good lick for their future together!

A Love Story Beyond Borders: Bianca and Saima “Love is the most universal, the most tremendous and the most mysterious of the cosmic forces.” -Pierre Teilhard de Chardin   I... Sept. 3, 2019 Sushma Swaraj-Swaraj Kaushal: A Love Story for All Ages This is a love story that bloomed in the most trying times, aka during the years of Emergency and culminated into a ‘happily ev... Aug. 9, 2019 10 Fun Ways These Brides Announced Their Love Story Sangeet functions nowadays are so predictable. Typically, there is a song and dance routine to Bollywood songs where the famili... June 4, 2019 Anita Dongre's son, Yash Dongre and Benaisha Kharas' love story is straight out of Bollywood!   The queen of gotta patti work and pretty lehengas Anita Dongre is now a household name. But you know who has been hiding in t... Feb. 22, 2019 Sonam Kapoor opens up about her love story that broke the internet! #Sonamkishaadi A love story that began on Snapchat to a wedding that literally broke the Internet, Sonam Kapoor Ahuja and Anand S Ahuja have b... June 30, 2018