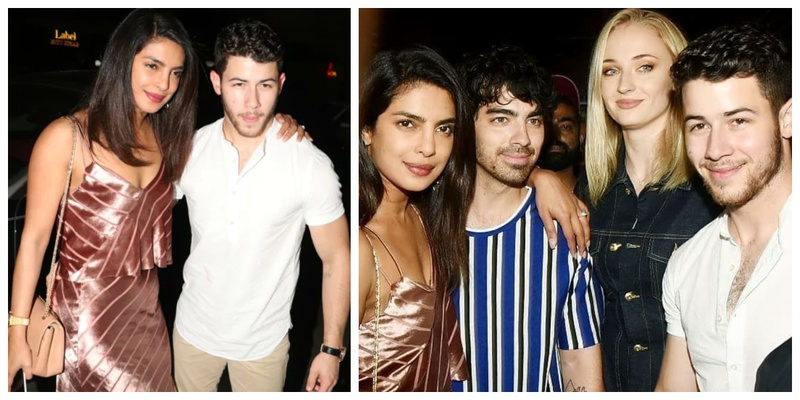 The celebrations for the big-fat Bollywood Royal wedding has begun already and the ladkewale have been spotted arriving from saat samundar paar to Mumbai! Yes you read that right, Priyanka Chopra and Nick Jonas wedding preparations are on full swing and they just welcomed  Nick’s brother – Joe Jonas and his fiance and Game of Thrones star Sophie Turner with a dinner party in Estella, Juhu last night.

The hosts, Priyanka and Nick looked their fashionably best as they held hands and posed for the paparazzi! *awwwwww* 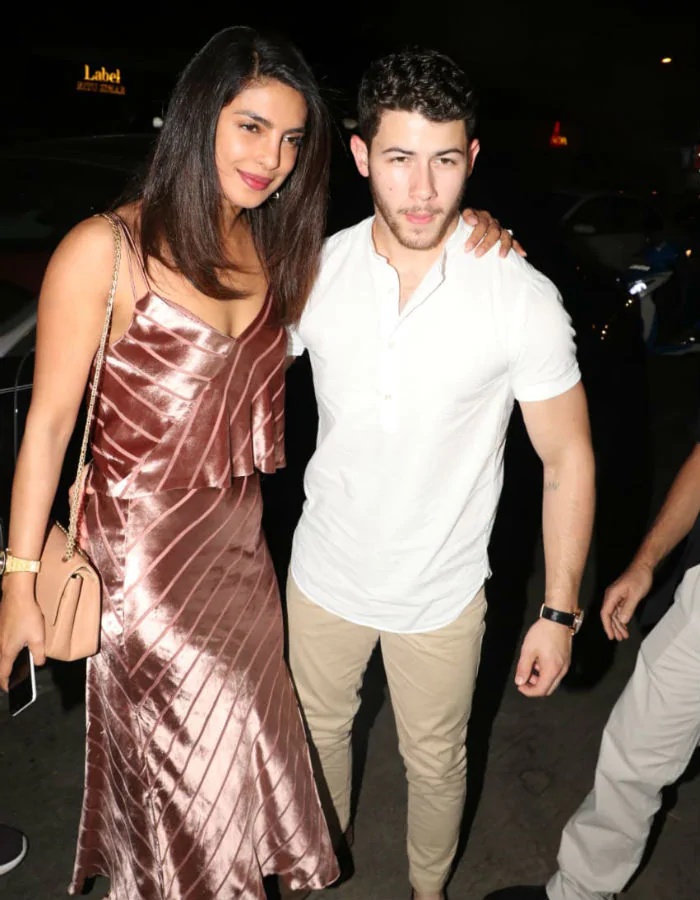 Priyanka looked stunning a Michelle Mason outfit and she completed the look with a beige and gold sling bag and heels. Nick Jonas on the other hand opted for a white white T-shirt and khaki pants. 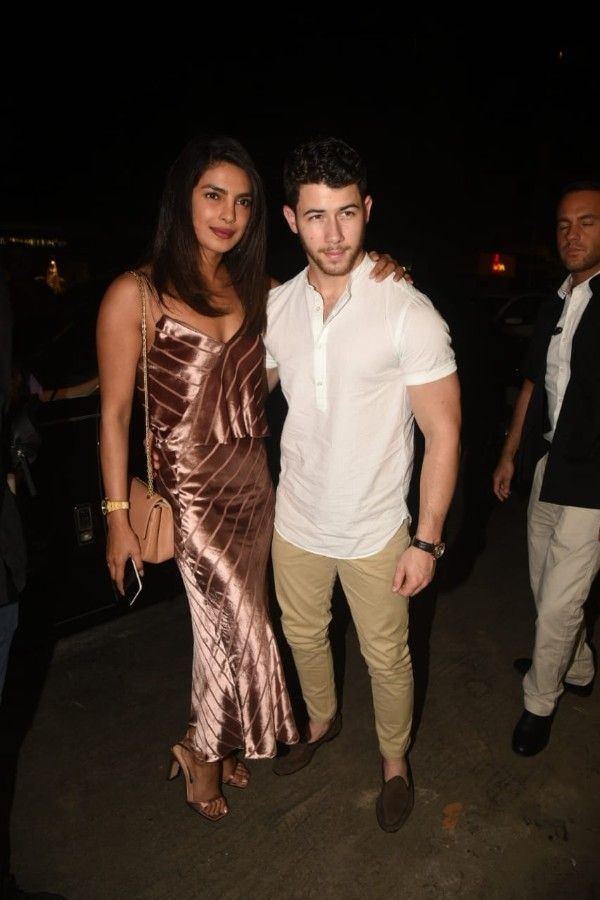 Joe Jonas was spotted in a striped blue T-shirt while Sophie looked her stunning self in a denim-on-denim attire.

Alia Bhatt looked refreshing in a strappy blue dress and completed her look with a bright red clutch and pink heels, adding a nice contrast to the overall look. PC’s lil sister – Parineeti Chopra opted for white co-ordinates and paired it with a light blue and beige shrug, nude heels and a statement purse. 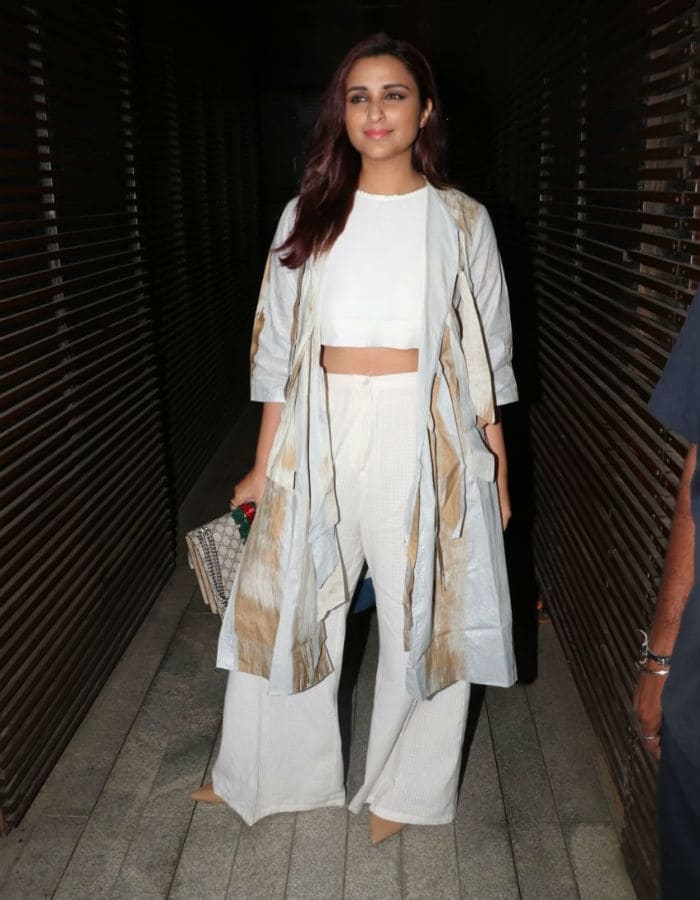 Nick also shared a picture with the entire gang on his Instagram stories, captioning it “Mumbai nights.” 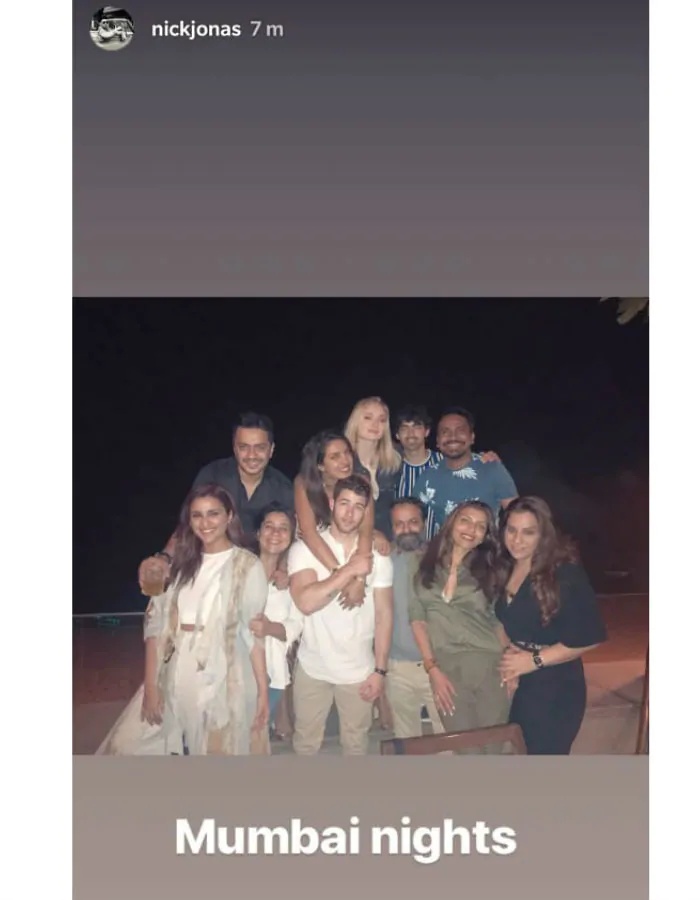 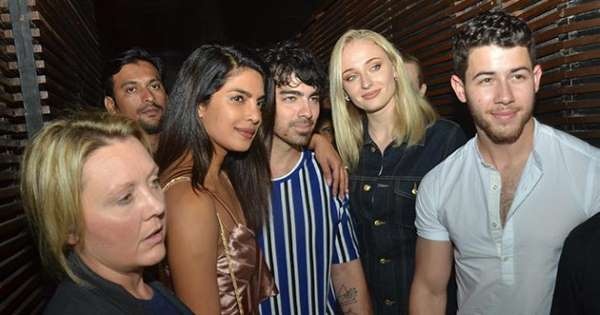 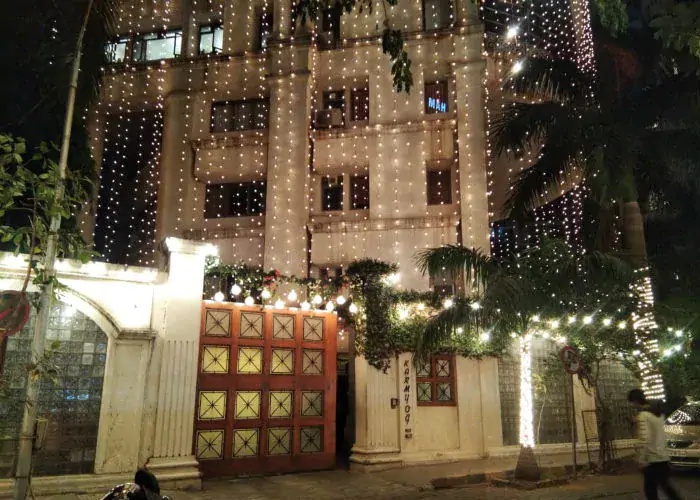 Meanwhile, Priyanka Chopra’s Juhu apartment has lit up the Mumbai sky. The building has been beautifully decorated with lights ahead of the Chopra-Jonas wedding

The couple are spending  3.93 crore for the big-fat Wedding:

According to a report in DNA, the families have booked the Taj Umaid Bhawan Palace for the wedding from November 29 to December 3.  Although the pre-wedding ceremonies, including the Haldi, Sangeet and Mehendi, will take place at the Mehrangarh Fort. 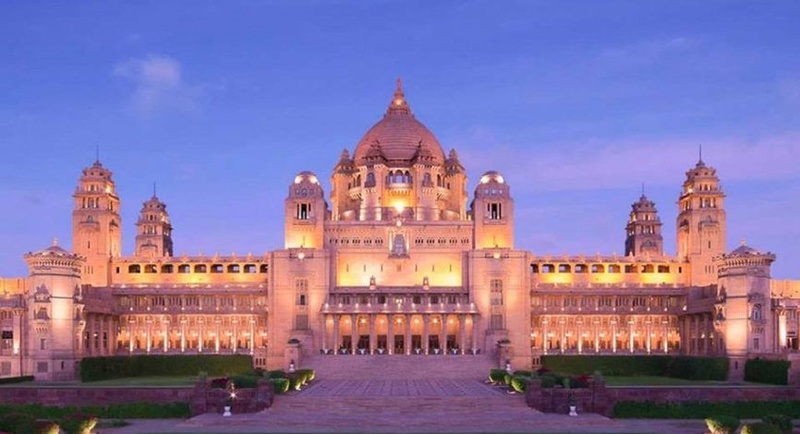 “The couple has booked the fort from November 29 to December 1. It will be closed for tourists on these three days,” a source informedDNA. 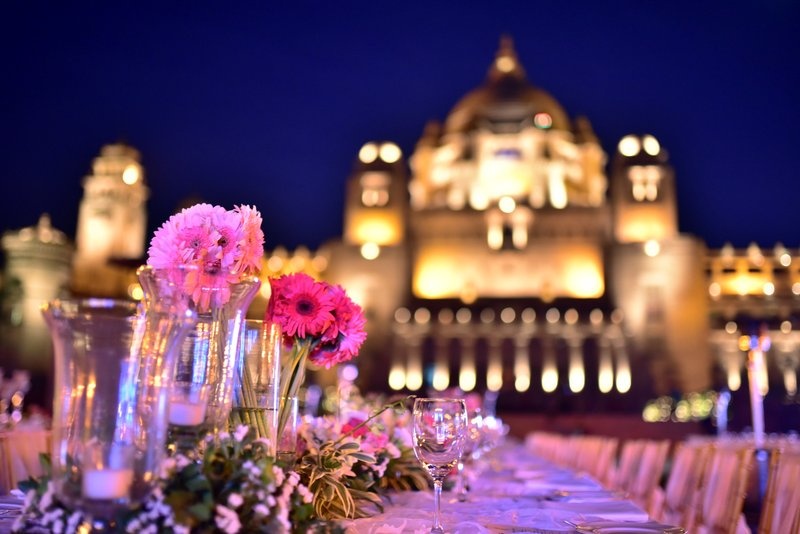 Talking about how much the family has spent on the wedding festivities – it’s a total of 3.93 crores!

The property has 64 rooms and suites 22 palace rooms and 42 suites that are of four types (24 historical suites, 10 royal suites, six grand royal suites and two presidential suites). The report further stated that according to a  management officer of Mehrangarh Fort, “A minimum of 40 rooms need to be booked at the Umaid Bhawan Palace for the ceremony to happen at the Mehrangarh Fort. There is also an additional cost of Rs 10 lakh for the set-up, which includes lighting and stage and other miscellaneous things.” Also, the catering cost alone is Rs 18,000 per person. 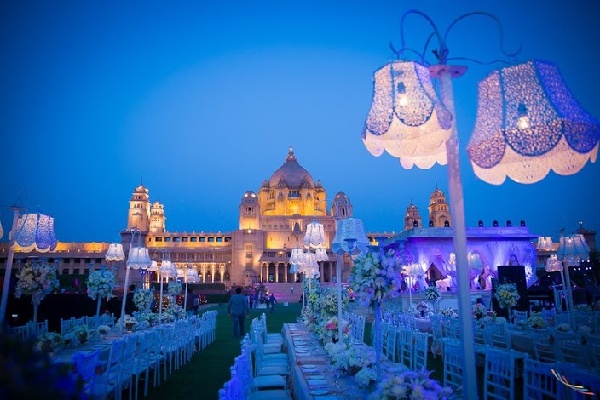 Which in total  including the cost of the venue and pre-wedding rituals adds up to  Rs 3.93 crore for the couple.

There will be 2 receptions:

A wedding reception in Delhi is also on the cards. As per the Filmfare report, it will be held on December 4 for the actress’ relatives and Priyanka also plans to host a reception in Mumbai.

With the wedding festivities that elaborate, here’s saying I can’t wait for the festivities to begin already.

Sophie Turner and Joe Jonas’ Official Wedding Pictures - Late, but worth the wait! The Game of Thrones actress – Sophie Turner and the Jonas brother singer Joe Jonas got hitched in a very impromptu wedding cere... July 4, 2019 Alia Bhatt at Devika Advani's wedding is a millennial bridesmaid every bride-to-be needs! Alia Bhatt is a bridesmaid we all want at our wedding? Am I right or am I right? Right after being done with the promotions of ... Feb. 25, 2019 All the Bollywood stars spotted at Alia Bhatt's cousin Sakshi Bhatt's Wedding Reception! Alia Bhatt’s cousin Sakshi Bhatt hosted a grand reception in Taj Lands, Mumbai which was attended by the who’s who of Bollywood... Jan. 28, 2019 All the pics from Priyanka Chopra's Mumbai reception where she introduced Nick Jonas to her guests! If you thought Priyanka Chopra and Nick Jonas’ wedding festivities came to an end, here’s yours truly telling you ‘you guessed ... Dec. 20, 2018 10 Facts about the big fat Nickyanka Wedding that will leave you stunned! False Dec. 7, 2018