With Raksha Bandhan fast-approaching, all the girls gearing up for the special day and the guys dreading the gifts (and the friend zone); how could we forget our filmy brothers and sisters who gave us sibling goals? Over the years Bollywood movies have depicted the brother sister bond in unique ways while introducing us to all kinds of sibling equations.

The days of depicting a helpless sister and a strong brother out for revenge are long gone. Filmmakers are experimenting with real-life brother sister love, which comes in all shapes and sizes! From doting brothers to the ones that are ignored – we have them all. So brides to be, here’s a bunch of cool bollywood flicks to watch on your rakhi date with the bro, this Raksha Bandhan.

DIL DHADAKNE DO – THE SUPPORTIVE BROTHER AND SISTER

These siblings, in a dysfunctional family, gave us many laughs during the film and also had each other’s back when required. The smart, successful and independent elder sister always supported the whims of her younger brother and believed in him. Be it the condescending father or the imposing husband, the brother- sister duo stuck it out through all the drama and took brother sister love to a whole new level! 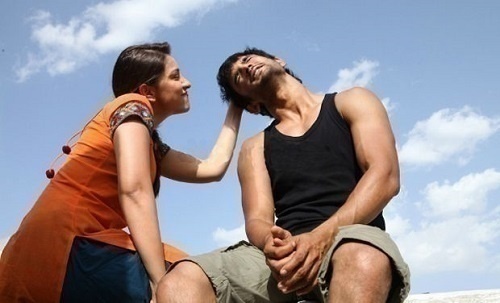 The fun-loving turned protective brother who has to undergo the very original trauma of his sister and his best friend dating. We catch snippets of the brother sister duo, pulling each other’s leg and getting on to each other’s nerves – like all brothers and sisters. However, things take a drastic turn when she starts dating his best friend and he must decide if he is ready to accept that.

JOSH – THE POSSESSIVE BROTHER AND SISTER

One of the biggest blockbusters of its time, Josh gave us immense feels with the brother sister love. The doting elder brother, played by none other than Shah Rukh Khan, is the quintessential possessive-aggressive brother and makes use of his power to ward off all the attention toward his sister. However, he must face reality and come to terms with the fact that his sister could fall in love. Brother and sister love was re-defined with this 2008 blockbuster that brought in this short but cute story of the duo within the main plot. The eccentric brother finally comes out of his shell and opens up to his sister when he realizes she is going to marry the wrong guy. We also have a rare moment of the duo confessing about why they grew apart – something that has rarely been done in Bollywood.

QUEEN – THE PROTECTIVE BROTHER AND SISTER

This adorable brother sister love is one that every sibling will cherish.From helping her to sneak out to meet the fiancé – to glowering at the fiancé for dumping her – this much younger brother does it all. Even after the fiasco has cooled down, he refuses to give away her whereabouts to the ex-fiancé – proving how protective brothers need not always be the older and bulkier ones, making us aww all over again.

10 bride-and-brother moments which prove that brothers are equally good bridesmaids!   A saviour, a best-friend, an irritating nerd or a partner in crime; for a sister, brothers are nothing less than a beautiful ... Aug. 13, 2018 Your Complete Guide to Choosing the Best Bridal Lehengas for Your D-day! Every aspect of an Indian bridal avatar celebrates colour, culture, legacy and zest. Such is the level of excitement and thrill... Dec. 1, 2020 Wedding trends in 2020 set by the pandemic - a new age of weddings! Image Credits: The Wedding Files, Paran Singh Photography Hello, wedding enthusiasts and future brides/grooms-to-be! Interes... Oct. 15, 2020 Luxury Cruises To Plan Your Destination Wedding On Waters Every couple dreams of having a wedding which is their very own version of a classic fairytale. By the beach, on a hill or a ri... Oct. 7, 2020 25 Latest Sherwani Suit Designs for Grooms-to-be No groom's wardrobe or wedding dress for men's list can be complete without a stellar sherwani! This single gem of an outfit ha... Sept. 27, 2020