Remembering the Legendary Sridevi on her 56th Birthday Last year on 25th February India woke up to the terrible news of veterean actress Sridevi’s demise. Tributes poured in from every corner of the country, while social media was flooded with her photos. Bollywood wept for its first female superstar. A year and a half later it still feels unbelievable that the doe-eyed cherubic face of Sridevi is no longer with us. To say that she changed the course of Bollywood is an understatement. Today on her 56th birthday, we can’t help but reminiscence the brilliant actress who won a million hearts effortlessly. Born as Shree Amma Yanger Ayyapan, Sridevi started her career at the tender age of four. She acted in Tamil, Telugu, Kannada and Malayalam films as a child and became a star in each as an adult. She bagged the lead role in critically acclaimed Moondru Mudichu, embarking on a lifelong friendship with her co-stars, Rajinikanth and Kamal Haasan. Sridevi excelled in each role that she portrayed. Whether it was of a woman avenging her lover’s death or a girl who has lost her memory, she has created a benchmark with her acting skills. Acting wasn’t her only forte. Her comic timing and flawless dancing skills made her a pool of talents. Sridevi had the ability to steal the show. An outsider of the Hindi film industry, she made her way to the top. In an era where the hero’s brightness blinded the audience, she managed to shine and how! Being paired with Hindi cinema’s leading men like Amitabh Bacchan and Mithun Chakrobarty did not stop her from making a name for herself, a feat that was once considered un-achievable. Her hard-work and persistent nature is highly inspiring. Sridevi earned the name of a female superstar with the super hit film Mr. India. Her character of the reporter who falls in love with the invisible vigilante captured the audience’s attention. Her back to back stellar performances in Chandni, Chaalbaaz, Lamhe, Gumrah and many others created an impact. She returned to the screen after a break of 16 years with one of my favourite movies, English Vinglish. The saree clad woman who makes ladoos and roams the streets of New York confidently convinced us with her humility. In the following year she was awarded the Padma Shri for her contribution to the Indian Cinema. 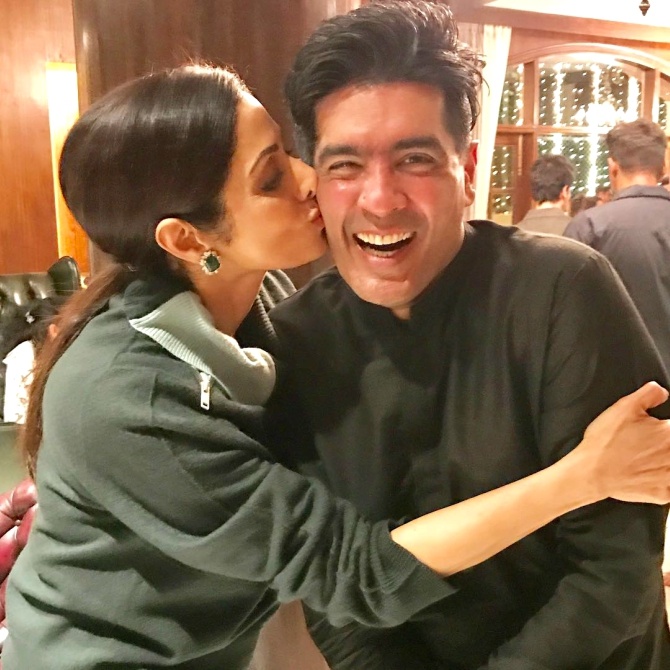 A close friend and confidant, ace designer Manish Malhotra once revealed that she shaped his fashion sense in many ways. He gives her credit for influencing and inspiring him in various aspects such as costuming, the way his clothes were stitched and the way  he made silhouettes. Little things like not lining the sleeves, or how to stitch the lining from the centre so that it doesn’t fly up and not putting gathers in the skirt were all taught to him by Sridevi. So brides, you should be thanking Sridevi for the spectacular Manish Malhotra couture! Whether you remember her  as the childlike teenager Nehalata (Sadma), the  bubbly Seema (Mr. India), the sensuous Chandni (Chandni) or the humble Shashi (English Vinglish), you can’t deny that Sridevi has cast a lifelong impression on all of us.

Sridevi, there is no match to your legacy.

Khadi The Timeless Textile For years our grandmothers have spoken about khadi, the national textile of the country. For the uninitiated few, khadi refers ... Aug. 15, 2019 10 Brides who Nailed their Bridal Photoshoot! Time and again brides have won our hearts by just being themselves. Whether she is a drama queen or a minimalist, we’ve loved h... Aug. 13, 2019 8 Unique Wedding Invitations that Raised the Bar One of the best things about working in this dynamic industry is that everyday is full of surprises. Each day a bride is breaki... Aug. 13, 2019 Wishing a Happy Birthday to the Beautiful Sara Ali Khan! Happy Birthday Sara Ali Khan! In the short time that you have spent in the film industry, you have already carved a niche for y... Aug. 12, 2019 Top Banquet Halls in Pune where You Can Host a Chic Wedding Pune, known for being the cultural capital of Maharashtra and the “Oxford of the East” is a preferred choice for many. It is we... Aug. 12, 2019