Revisiting the wedding day of some inspiring and successful Indian women! #HappyWomensDay We would have started off with a beautiful anecdote or a quote about women – their confidence, their success and their never-say-die spirit. But, we thought of bringing real life examples to you instead.

On this occasion of  International Women’s Day, let’s revisit the Big Day of some successful, popular and beautiful women and their pictures of getting hitched, only to prove that for a successful woman, marriage is neither a barrier or a stepping stone to success, it is in fact a beautiful and unforgettable moment that she cherishes forever! 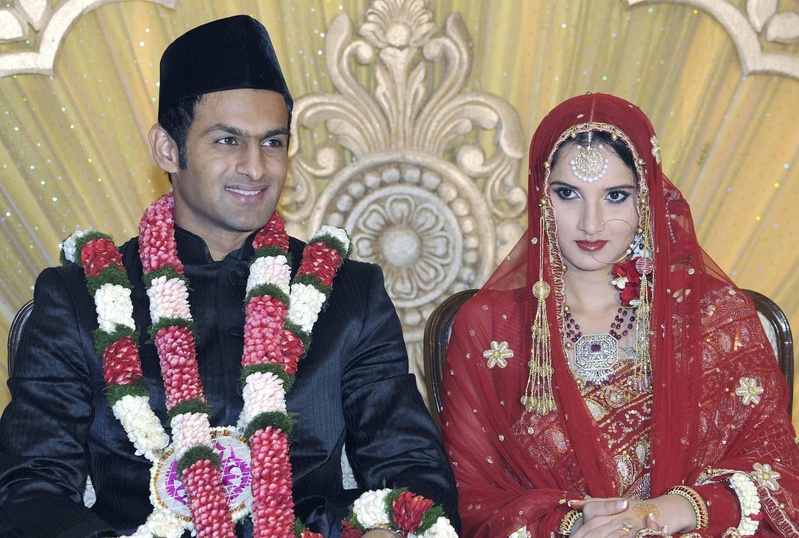 Sania Mirza, a tennis player has been a former World No.1 in the doubles discipline and has also bagged six grand slams in her tennis career. She has been a true role model for all those who believed women couldn’t excel in International tennis. An inspiration for young badminton players and a youth icon, Saina Nehwal is a former World No.1 Badminton player with 24 international titles in her kitty. A popular Indian Olympic boxer, Mary Kom, who has a biopic to her name fought all odds and emerged as a successful international boxer. Kudos to her spirit, her effort and her hard work. Serving as Board of Director of Amazon, Indra Nooyi has always been a part of the top 100 Most Powerful Women. She has proved herself time and again and is a source of inspiration for young girls and women who want to make a place for themselves in any field they wish to.

We all know she is the chairperson and founder of Reliance Industries. An influencer and a business leader, Nita Ambani was one of the first members of the International Olympic Committee. A freestyle wrestler and a gold medalist at the Commonwealth games 2010, Geeta and her family have a Blockbuster movie, Dangal, inspired by their story.

Hailing from a small town, despite having humble beginnings, Geeta’s spirit couldn’t be crushed!! A well-known Bollywood actor, Shabana Azmi has been working for the welfare of children and women’s rights, along with fighting stigma against AIDS. She has also been associated with the NGO Mijwan Welfare Society, founded by her father, Kaifi Azmi, who also established many charitable institutes.

Wishing you all a very Happy Women’s Day!

A list of our favourite floral buns that will be appreciated by every bride! Floral buns have been popular since the dawn of millennial weddings. They compliment each bride and each lehenga so well! If yo... March 8, 2019 An Incredible Indo-Serbian Wedding- Ansh &amp; Slobodanka  ‘When love knocked on the doors of a lovely Indo-Serbian couple, they knew it was for a lifetime.’ “Being deeply loved... Dec. 15, 2020 Aishwarya and Himanshu Thailand Destination Wedding ‘When childhood lovers turned life partners in a beautiful home wedding set-up’ “The future for me is already a thing of the... Dec. 15, 2020 Jasnoor and Rakesh Lovely Ludhiana Wedding “Love is a friendship that has caught fire.” - Ann Landers ‘When colleagues turned friends and finally lovers, a cross-cultu... Dec. 1, 2020 Lockdown Wedding Diaries: Kajal Aggarwal Weds Gautam Kitchlu in an Intimate Wedding Ceremony in Mumbai We’ve all heard the famous saying, ‘Where there is a will, there is a way’ However, a thought that has truly resonated with thi... Oct. 31, 2020