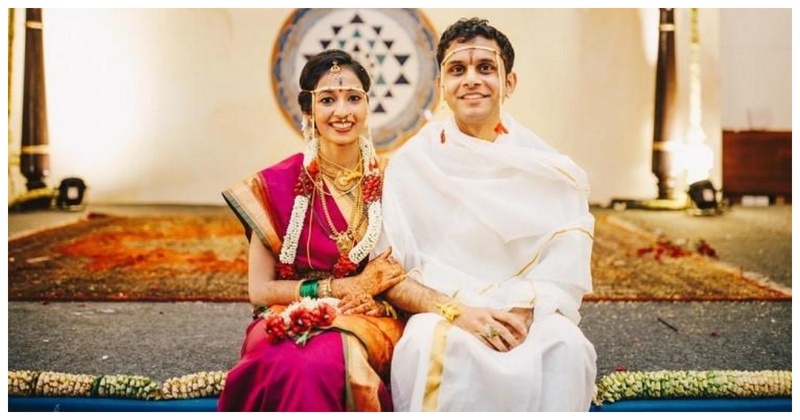 Infosys founders’ Sudha Murthy and Narayan Murthy’s son Rohan Murthy tied the knot with Aparna Krishnan on 2nd December 2019. It was a private event attended by close friends and family of the couple. According to sources, Aparna and Rohan met three years ago through a mutual friend and have been together ever since. The bride looked radiant in a fine silk kanjivaram while the groom was spotted in the traditional white mundu.

The reception was hosted on the same evening and was attended by the cream of the IT industry. Co-founders Nandan Nilekani, Krish Gopalakrishnan, S.D. Shibulal, K. Dinesh were also spotted at the reception. The groom wore a simple kurta and black pants and his bride wore a white lehenga with floral embroidery.

Rohan has a doctorate from Harvard University in computer science and is a Junior Fellow at the Society of Fellows of the University. His PhD thesis on the use of white spaces (spectrum) is considered path-breaking. Aparna has a degree in economics from Dartmouth College and has worked at McKinsey and Sequoia Capital in India. She works at Soroco, a computer science firm founded by Rohan in 2014.

10 Alternate Pre-wedding Parties you can Host for your Guests Weddings are a time when our friends and relatives bump into each other a number of times. And in between all the ceremonies we... Feb. 20, 2020 5 Hip and Happening Hotels for a Birthday Party in Guwahati Birthdays are the foremost of personal celebrations that one can have. Whether you are a teenager or an adult, you would feel e... Feb. 19, 2020 #LFW2020: 5 Groomswear Inspiration From the Ramp Another year and another Lakme Fashion Week has wrapped up. A mix of established and new fashion designers showcased their new ... Feb. 17, 2020 A Heartwarming Love Story to Tug at Your Heart Strings! A wedding is a rollercoaster ride with a surge of different emotions coursing through the bride and groom during the celebratio... Feb. 14, 2020 10 Celebrity Weddings to Look Out for in 2020 2019 saw a number of celebrity weddings and we’re sure 2020 is going to be nothing less. It’s just been a month since the new y... Feb. 14, 2020