Actress Snigdha Akolkar, who is best known for her TV shows like Siya ke Ram and Karmphal Data Shani, got hitched to a businessman, Sreeram Ramanathan, on 25th August ‘19 in Pune. The couple tied the knot in a private ceremony as per Tamil rituals and ever since then, her fans are swooning over the wedding pictures!

Snigdha Akolkar started her telly career in 2005 when she was cast in the daily soap Hare kkaanch Ki Choodiyaan. She has also appeared in more than 70 commercials and a Rajshri Productions Hindi film- Love U…Mr. Kalaakar.

Here’s a glimpse of how the gorgeous actress looked on her wedding day: 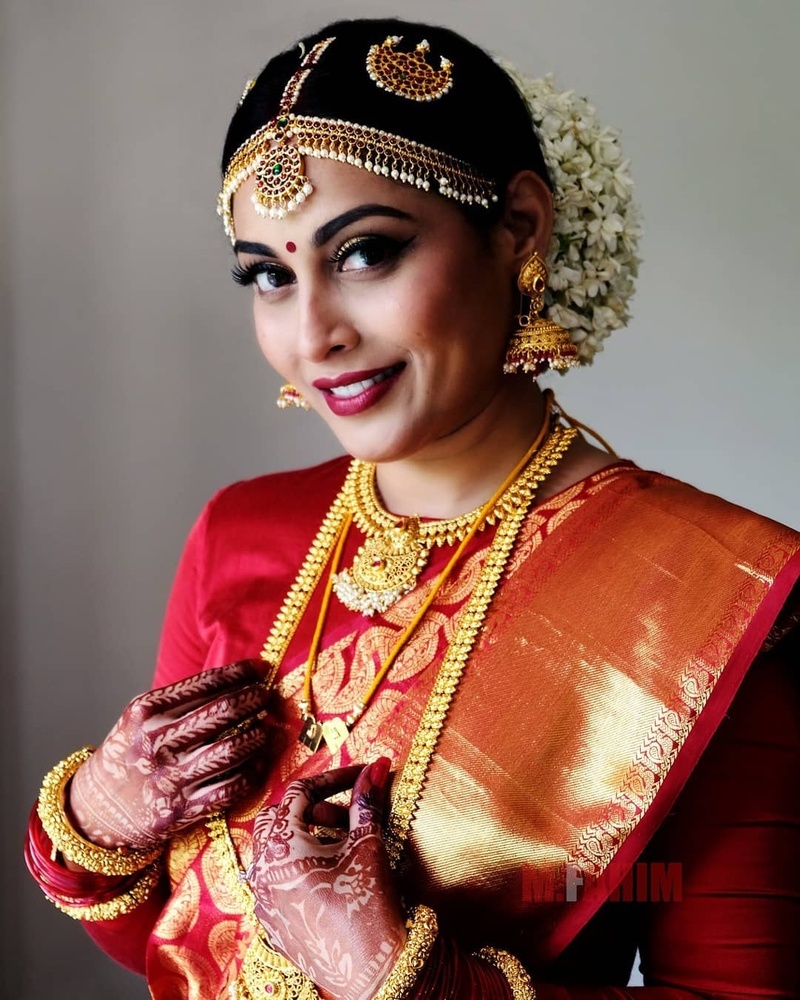 The 34-year-old actress looked stunning in red and rust Kanjeevaram saree, replete with gold motifs. Her gold maangtikka encrusted with red and green stones with tiny pearls is a delight to the eyes. Not to miss her traditional necklaces, kadas and a pretty gajra wrapper around her bun.

It is confirmed that next she will be seen in Baahubali: Before the Beginning, an original series on Netflix.

Congratulations to the actress and we wish her all the luck!