Sonam Kapoor’s mehndi was a cosy, intimate & fun ceremony at her residence! #Sonamkishaadi Sonam Kapoor and Anand Ahuja’s wedding has been the talk of town for quite some time now and why wouldn’t it, the Kapoor princess is finally getting hitched to her rumoured boyfriend! The much-in-love couple kickstarted their shaadi festivities with an intimate mehndi affair at the Kapoor residence!

I was totally awestruck with what Sonam chose to wear (like always). She wore an Anuradha Vakil sharara with a heavy brocade border and intricate zari and zardosi work and looked totally stunning! Also, kudos to Sonam to carry the shades – ivory, peach, lilac and gold all at once so beautifully! She completed the look with chandbalis by her mom – Sunita Kapoor, straight blow dried hair and very natural makeup! 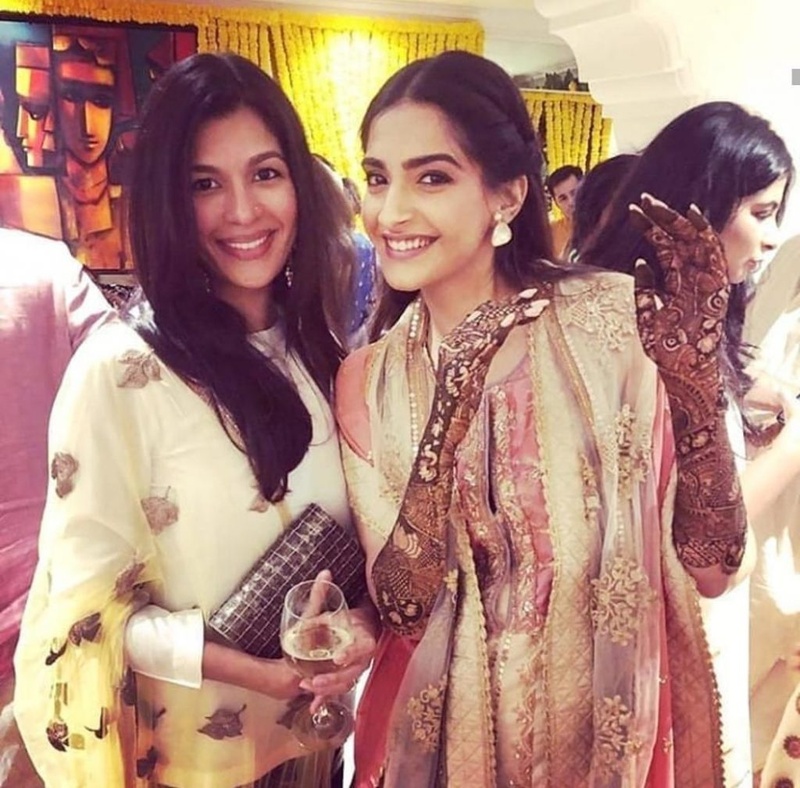 P.S: I don’t think she needed any makeup at all, as she looked radiant with her inner glow itself! 🙂

Anand on the other hand looked dapper in a dusty pink Raghavendra Rathore bandhgala. 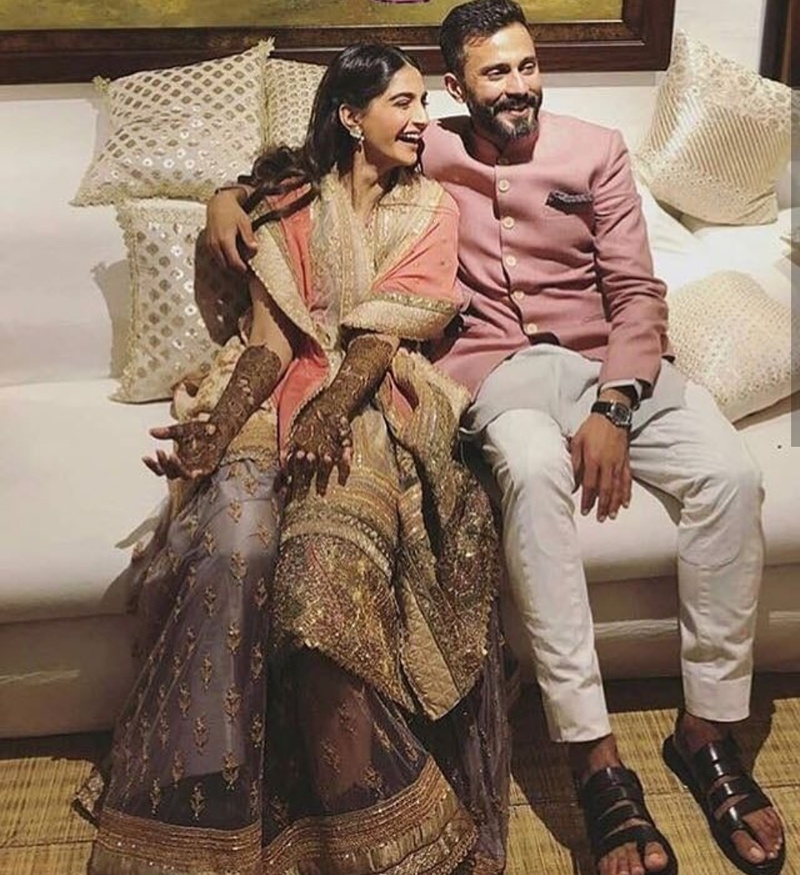 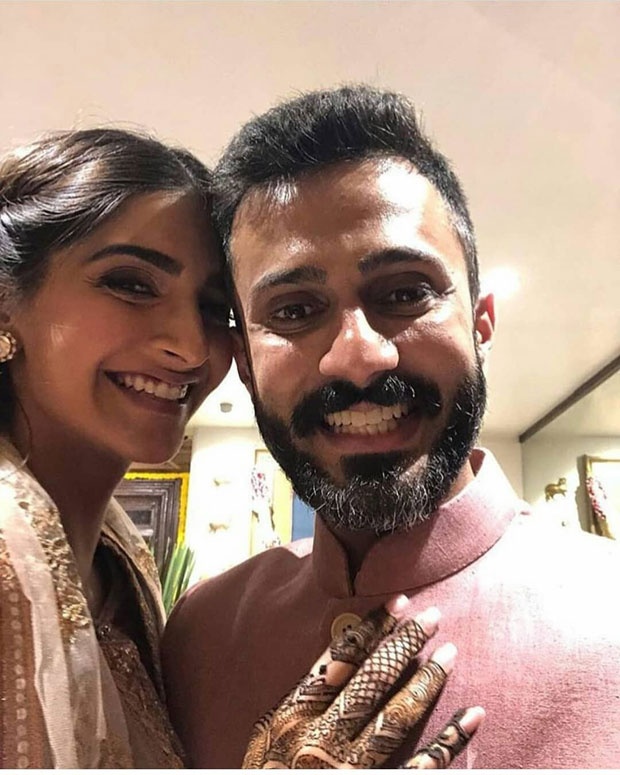 And here’s one from when she called it a night: How cool is this picture of Rhea Kapoor striking a pose with Sandeep Khosla? Sonam is gonna be hosting a special mehndi celebration tonight for a larger group of her family and friends, yesterday’s function brought together just her very near and dear ones! Scroll down to have a look at Sonam’s guest list: Karan Johar was spotted posing with his possy! 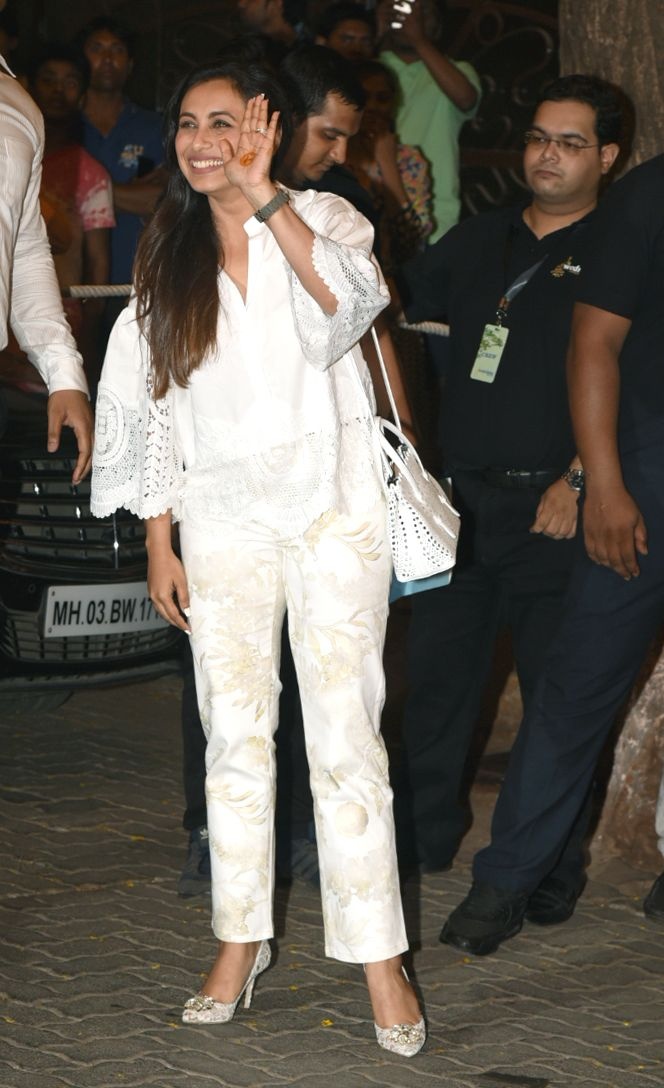 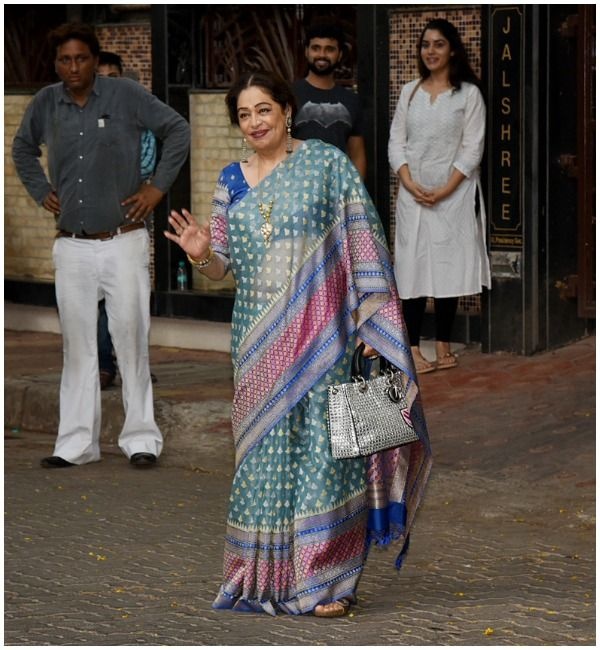 …with Kunal Rawal and Mohit Marwah: 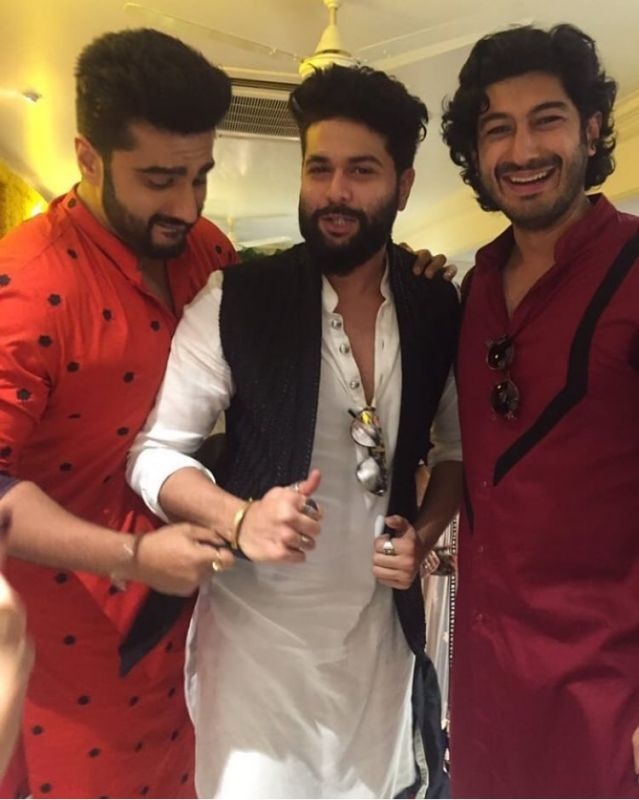 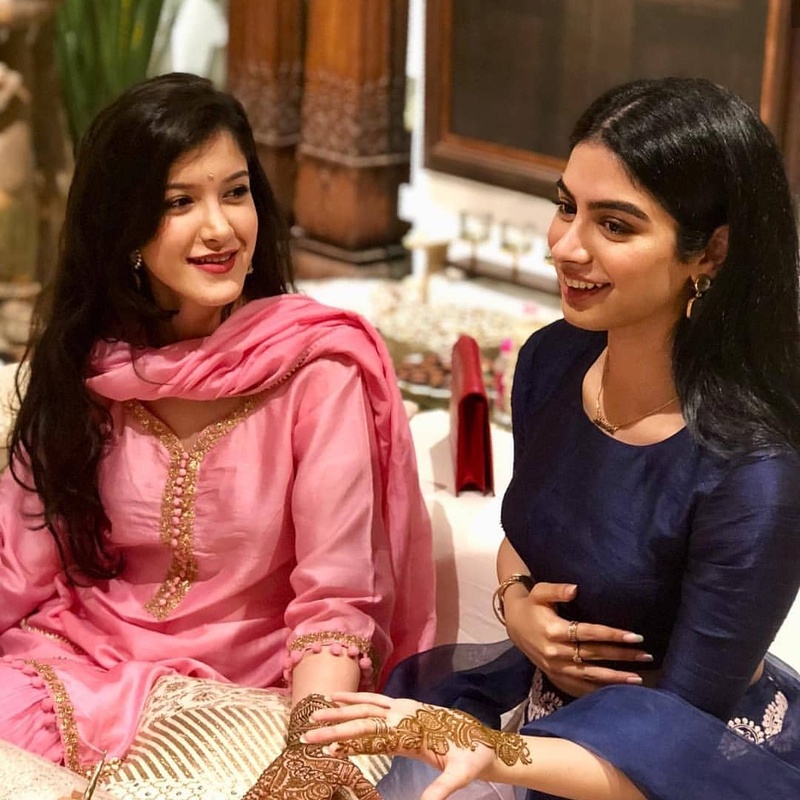 With Sonam and Anand’s intimate mehendi pictures coming to an end, I can’t wait to see the pictures from her grand mehendi function today!

Check out all her videos here:

Shah Rukh Khan, Salman Khan, Hrithik Roshan, Katrina Kaif add stardust to Poorna Patel's Reception in Mumbai! Politician Praful Patel’s daughter Poorna Patel tied the knot with industrialist Namit Soni over the weekend and it sure was an... July 23, 2018 The unseen pictures from Sonam Kapoor Ahuja's Reception - it sure was one big Bollywood party! It’s been 2 months to the Sonam Kapoor and Anand Ahuja’s Big Fat Punjabi Wedding and I’m still recovering from it’s hangover. F... July 13, 2018 15 Best Mehndi Backdrops we spotted in Real Weddings! Mehndi decor backdrops are undoubtedly the most attention grabbing set-ups. It adds the wow factor to all the bridal portraits ... June 16, 2018 These celebrity dance performance videos from Sonam Kapoor's reception prove that it was definitely the wedding of the year! #Sonamkishaadi Sonam Kapoor and Anand Ahuja’s reception last night was one affair to remember! The Kapoors and the Ahujas were on their feet s... May 9, 2018 Who wore what at the star-studded reception of Mrs. Sonam Kapoor Ahuja! #SonamKiShaadi Sonam Kapoor and Anand Ahuja’s reception last night was one hell of an event. It took place at The Leela in Mumbai after their ... May 9, 2018