Indian weddings are incomplete without a lavish wedding feast and every region outdoes the other when it comes to splurging on food. Every region and every wedding has its own speciality and one must attend these at least once to get a taste of the culture and of course, the food. When everything is done and the excitement settles down, people remember the sweet (pun intended) memories and a major chunk of it is created by the wedding feast.

Rajasthani weddings are royal in every manner of speaking and that holds true for their Rajasthani food menu as well. Every region’s food is determined by its climatic condition. Even though times have changed and almost everything is available everywhere, traditional food holds on to its roots and authentic flavour. The lack of water means the cuisine lacks fresh vegetables and primarily consists of pulses and dairy products. Rajasthani cuisine is rich in nature as most of the items are cooked in ghee (this practice was started to save water). Although, Rajasthan offers a myriad of food items that has us drooling at our desks, we have put together a list of the top five Rajasthani dishes that you must have at a traditional Rajasthani wedding.

A staple in most hot regions, Kairi ka Panna or Aam Panna is a traditional drink served at weddings. Made of raw mangoes, this drink is a cooler that regulates body temperature and is a thirst quencher. The raw mango pulp is mixed with black salt, cumin and other spices and watered down a little with ice and garnished with mint leaves.

Originated in Hadoti, Rajasthani, this humble Rajasthani dish has found its way into the hearts of many over the years. The Baati is a hard wheat roll or unleavened bread that is traditionally cooked over open coal fire. It is served warm with the dal, which is made thick with a mixture of lentils. Before serving or eating, the baatiis crushed and the dal is served over it. A generous helping of ghee is poured over the dal baatibefore mixing it and making it utterly delicious. The baatican also be stuffed with onions or gram flour for additional taste. This staple food has now become a delicacy and is frequently served at Rajasthani weddings.

Another delicacy from the kitchens of Rajasthan, this delicious curry is a staple part of Rajasthani cuisine and thus Rajasthani weddings. This gravy is yogurt based and the dumplings are made of gram flour or besan. The gram flour is mixed with spices and rolled into dough which is then shaped like a cylinder. This is then steamed and cut into small pieces for the curry, which is made with yoghurt, tempered with spices.

Made of gram flour, refined flour and flour, this delicious Rajasthani delicacy is a must have at Rajasthani weddings. The dough made with the variety of flour is then mixed with spices like asafoetida, turmeric and chilli powder to lend it a savoury taste. Traditionally, missi roti is served with gate kisubzi and you must savour this for a complete Rajasthani meal. 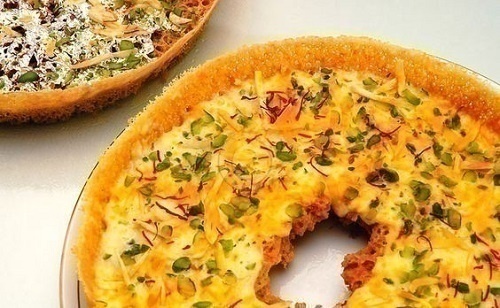 This deep-fired delicacy is a traditional Rajasthani dessert, which is chiefly associated with the Teej festival. However, it has found its way into the Rajasthani wedding menu and is a favourite among many. Made of sugar, milk, refined flour and ghee, this treat is a must have at every Rajasthani wedding and is a delight for people with a sweet tooth.

*runs off to dig into a Rajasthani thali*

10 Things You Should Learn To Cook Before Getting Married! After your honeymoon phase of travelling to picturesque locations, endless shopping spree, trying out new cuisines and lots of ... Nov. 10, 2017 Your Complete Guide to Choosing the Best Bridal Lehengas for Your D-day! Every aspect of an Indian bridal avatar celebrates colour, culture, legacy and zest. Such is the level of excitement and thrill... Dec. 1, 2020 Shruti and Ronak’s Big Fat Mumbai Wedding ‘When a chance meeting turned into friendship and graduated into love’ “Love is friendship that has caught fire” - Ann Lande... Oct. 29, 2020 Wedding trends in 2020 set by the pandemic - a new age of weddings! Image Credits: The Wedding Files, Paran Singh Photography Hello, wedding enthusiasts and future brides/grooms-to-be! Interes... Oct. 15, 2020 Luxury Cruises To Plan Your Destination Wedding On Waters Every couple dreams of having a wedding which is their very own version of a classic fairytale. By the beach, on a hill or a ri... Oct. 7, 2020