10 Types of Men You Should Say No To! #ArrangedMarriage 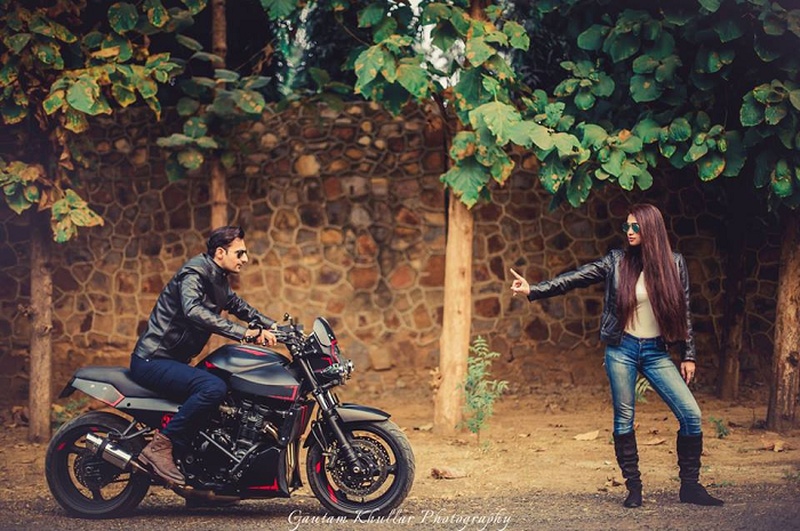 So you just attended your younger cousin’s wedding. You must have already started getting threats from your relatives, “26 ki hogayi hai… Shadi nai karni kya?” and your existence is probably being questioned.

Then the drama unfolds and you decide to meet the hand-picked marriage prospects. But of course, not every single one is a gentleman right? Chances are, you might come across more assholes than you anticipated! :O  And you might have to kiss court many frogs before finding your prince charming.

Here’s a list of those frogs that you should definitely avoid:

This guy should probably marry himself. He’s someone who is so in love (with his soul) that there is no place for others to fit in. (you’re probably going to find 2362 selfies of himself in his phone.)

With his umbilical cord still attached to his mother, this “maa da laadla” will blabber about the one-of-a kind pickles his mom makes (on the very first meeting). Be warned – post-marriage, this para about pickles will soon turn to a novel about how you can’t match up to his mum’s fabulousness.

A guy who has an opinion on everything – Be it global warming or the way you sip your water.

Wears a kurta pyjama on Diwali while in Canada and at the same time mentions 100 reasons on why India is not a country to settle down in.

A thousand reasons would not be enough for this guy to accept the fact that he has been rejected. Believe me, you’ll end up blocking him.

While it may sound sexy, you can’t always talk about how impressive Virat Kohli’s field work was!

This guy’s conversation would only revolve around that new gadget in the market. Don’t bother wasting your time on him… he should just marry his Macbook!

Remember Suhas, the chutney guy from 3 Idiots? Yes, his kind exists! Conversations with him would only revolve around the cost of his car, bike, laptop, underwear and socks.

You are sure to meet at least one engineer profile who rides a bullet, owns a DSLR and is a guitarist. He is going to bore you with his version of “Channa Mereya”.

You will finally meet a man who is as crazy about dogs as you are, has the same taste in music, probably cried when Jon Snow died and you click like it was meant to be. That’s when the mystery man disappears, without leaving a trace. Whaaat?!

Moral of the story:
Take your time, ladies!

7 Real Brides and Their ‘Alag’ Mehndi Looks That We Loved. #MehndiOutfitIdeas Nanki’s pink pleated dhoti dress by Sonia Khurana with statement earrings and a matha-patti.   Mehak’s #bossbride mehndi loo... June 7, 2017 Get a Lehenga Stitched At This Andheri Market In Under 2500 Rupees! #BridesmaidsAlert So it’s your friend’s wedding and you need to get a fabulous lehenga and look drop-dead gorgeous. Buuut you don’t want to spend... June 6, 2017 10 Helpful Tips to Get Some Stress-Free Sleep Before the Wedding Day 1. No Screens Switch off all electronics like laptop/phone/television/etc 45 minutes before you want to be asleep. Apart from t... May 29, 2017 An Open-Letter To My Future Husband - This Is How I Will Love You Dear Future Husband Isn’t it weird that I am writing this to you a few days before we start our happily-ever-after? But since y... May 26, 2017 An Open-Letter Before The Wedding To The Father Who Raised A Strong Woman Dear Dad, As I jot down these words, a thousand memories flash through my mind, each more precious than the other. It surprises... May 25, 2017