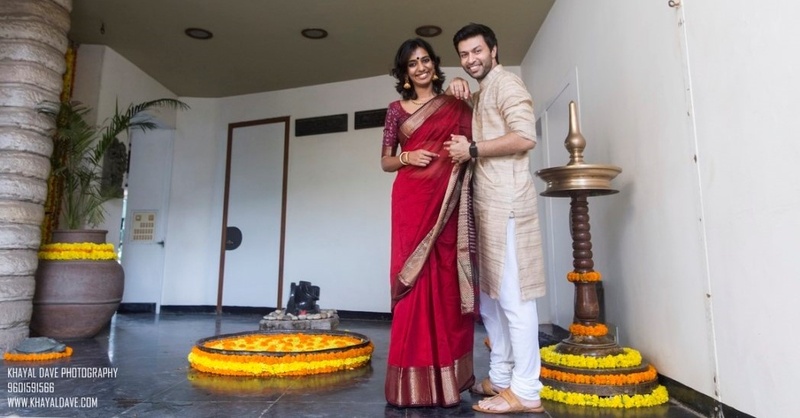 Everyone loves Indian weddings. I know I do. The color, the pomp, the ceremony, the beautiful bride sitting in innocent rituals, all designed to adorn the bride and make her beautiful. In preparation for the Big Day, we go through the all the motions that every woman in our family has ever gone through: the mehendi, the haldi, the sangeet, the dancing, the drinking and sneaking away with our guy for a few moments of peace. And we love it! We, as a nation, are addicted to weddings, in whatever shape or size. 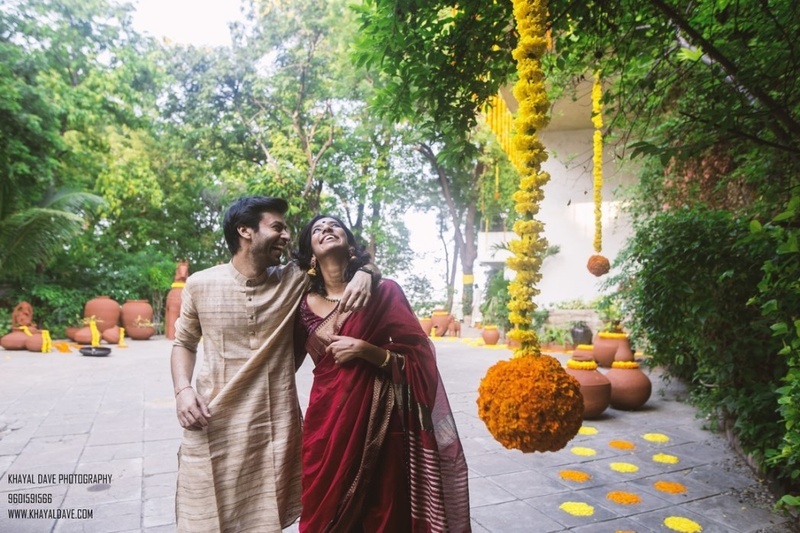 But what happens when the pomp is over, the genda phool returned and the relatives are gone? That. That is the beautiful moment when marriage begins. The journey that we take, is supposed to prepare us for the real thing: all the hardships, all the bonding, all the advice passed down through generations about a marriage. Real people talking the new couple through the finer details is what really matters in a wedding, don’t you think? That’s all the Priyanka Raja, our bride who married Revanta Sarabhai, wanted on her wedding day. 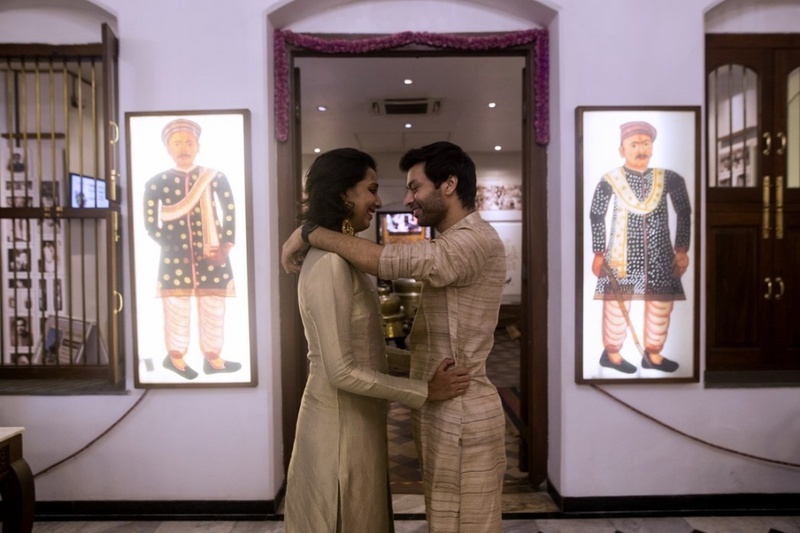 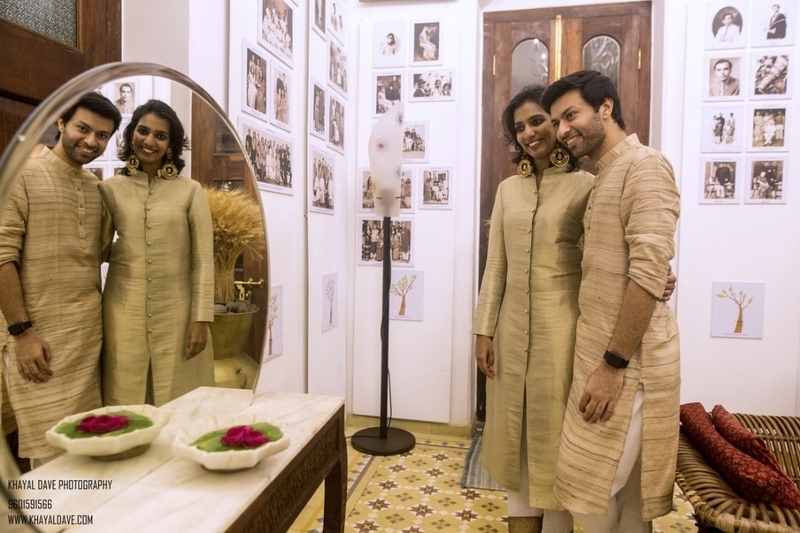 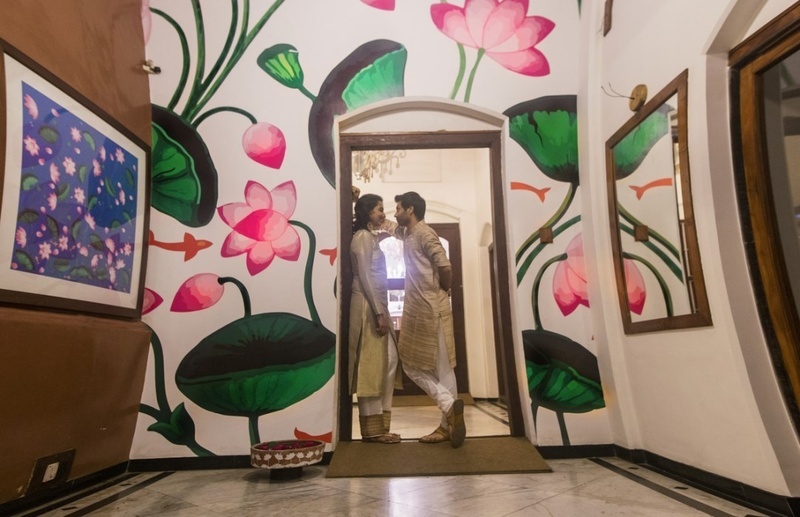 The freedom to make her own choices, even the freedom to choose patriarchal tradition, if she wanted to. So Priyanka and Revanta set out to research and learn about their own culture and wedding traditions. What else do you expect from Mallika Sarabhai’s son and daughter-in- law? They researched, they discussed and then they set out to carve their own path. 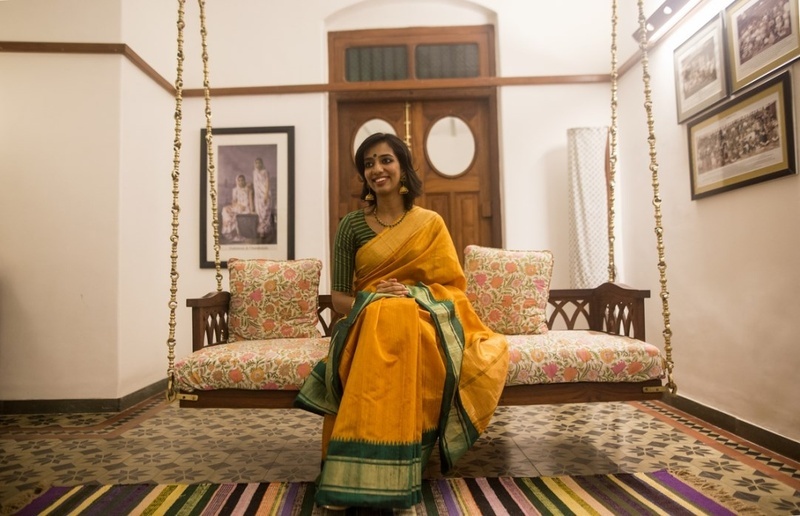 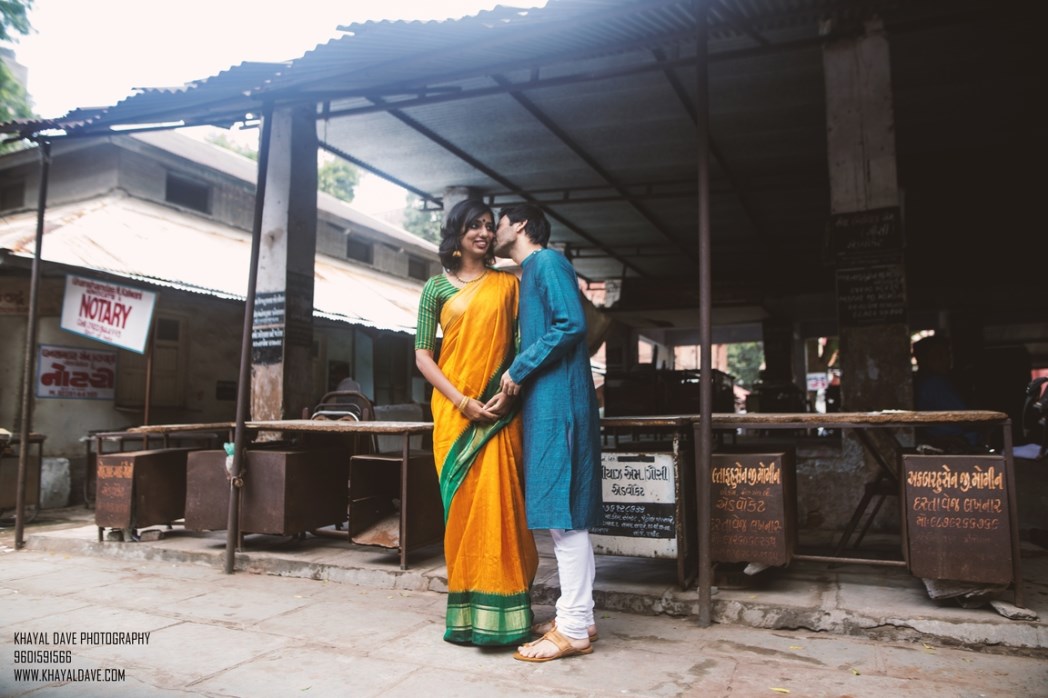 “Every ritual that I read about was steeped in patriarchy and I come from a matriarchal family. We respect tradition but it wasn’t for us. I just couldn’t be part of a ceremony where the point was to make the woman understand that she belonged to someone now. I couldn’t put sindoor in my hair knowing that it used to be a sign of being ‘marked property’. I couldn’t wear tons of gold knowing that women used to be adorned so that they feel the weight of their new responsibilities.” 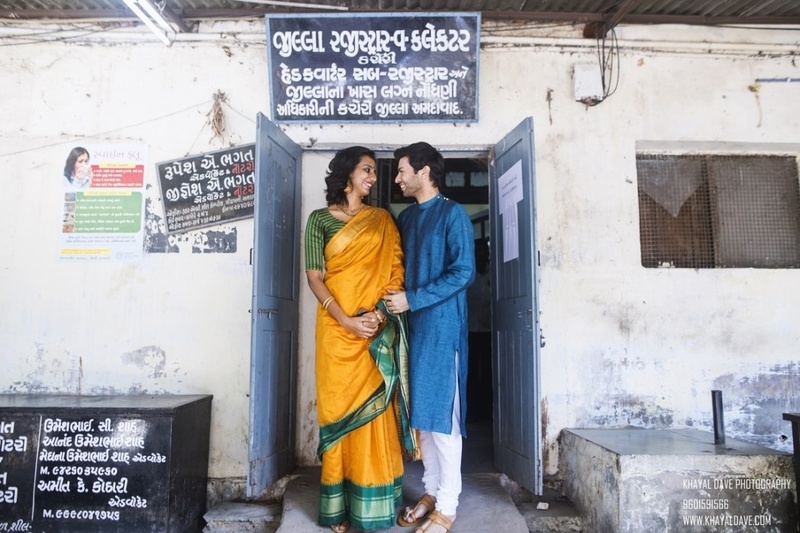 As the nation knows, the Sarabhai’s have always been celebrated for being forward thinkers and activists. How could we expect anything different from their children and their spouses? They haven’t left tradition completely behind though. Inspired by a few Indian, Native American and African rituals, they will hold a more formal celebration in December. But here’s the catch: their married friends are coming up with the rituals that they’ll be performing. 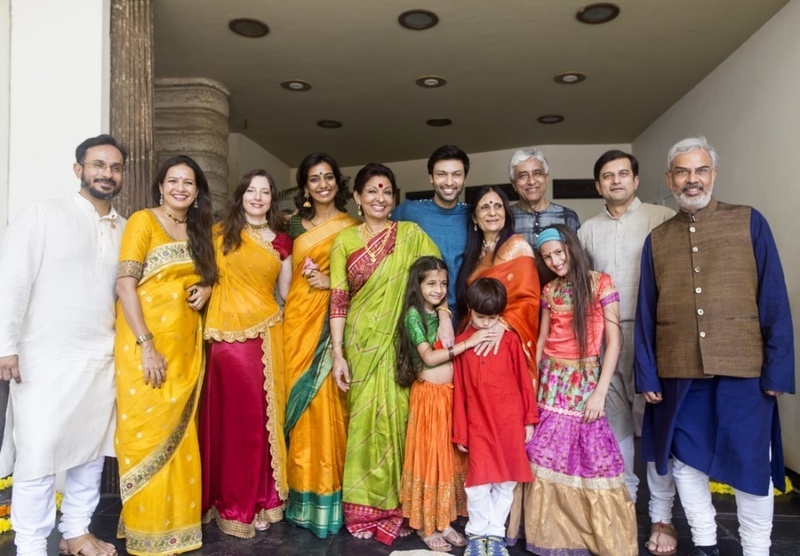 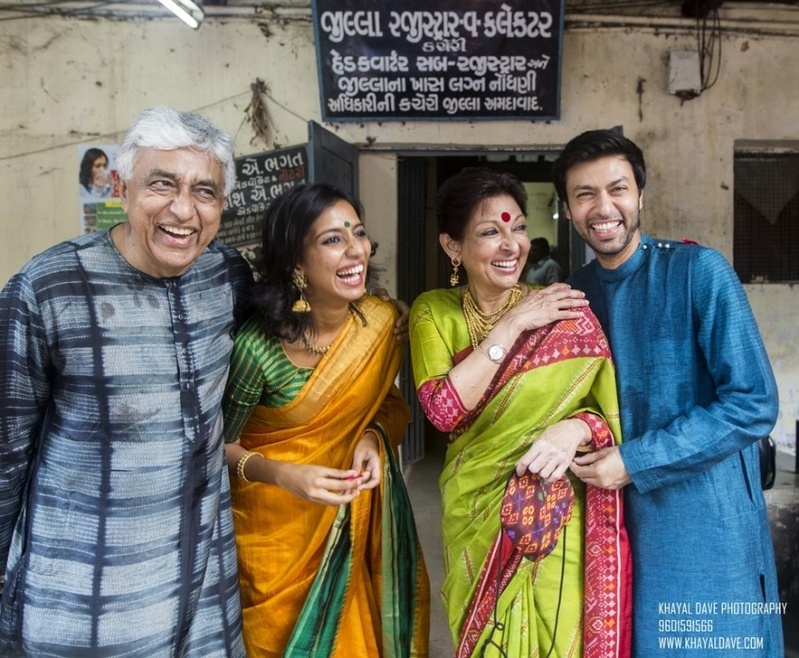 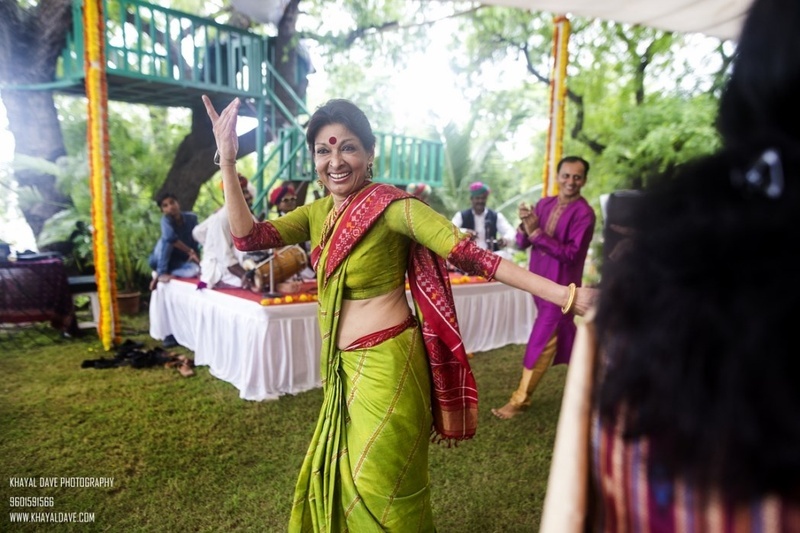 To understand what married life entails, and to truly be prepared for what is to come, the couple have asked their friends to create rituals that will help the duo with just that. They shouldn’t have a problem with this though! Revanta and Priyanka met when the latter was working for Mallika, while Revanta was in London. They met, their friendship grew and blossomed into companionship. It wasn’t until just this year that they realized what their feelings meant. Once they did though, a wedding was in the cards immediately. We can’t tell you what Priyanka wore for her Mehendi day or who her caterer was. We can’t tell you the song that she entered to, or if the groom entered on a ghodi. But we can tell you that this wedding is one of the best that we’ve covered, simply because the only thing that matters in weddings was in spades here: a young man and a young woman, with love shining and promises about the future. The only difference is, they did it their way, in their own style, in a manner that made sense to them and only them. We cannot wait to cover the December wedding, almost as much as we can’t wait to see what their marriage is like. 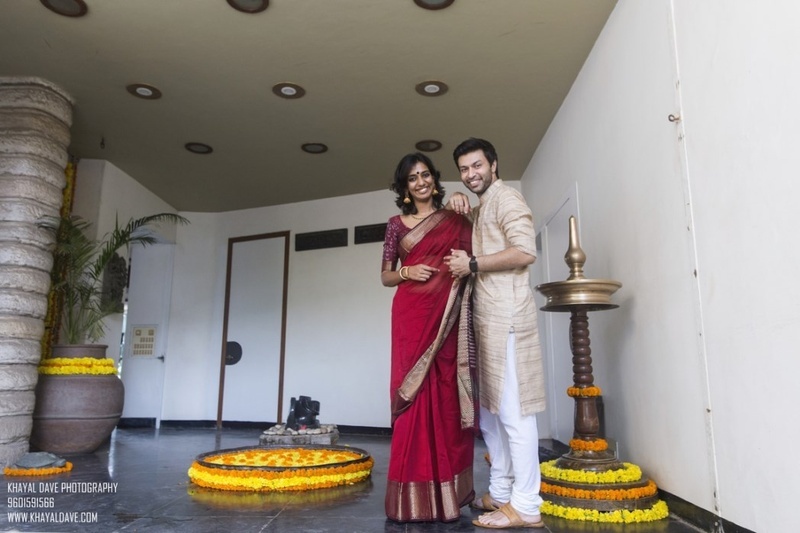 In-Focus: The Grand Gardens Resort, Igatpuri The Grand Gardens Resort, Igatpuri is one of the most felicitous destination wedding venues to start the beautiful journey of y... Sept. 19, 2017 Sonam Kapoor, Hrithik Roshan & Ranveer Singh Attend The Season’s Biggest Indian Wedding In London (Along With Half Of Bollywood) Fashion blogger Anooshe Mussarat, daughter of Pakistani bussinessman Aneel Mussarat made it official with her beau Mr. Edward K... Sept. 18, 2017 Bride Of The Week: This Bride’s Red Lehenga Is A Mix Of Elegance and Simplicity Kelsey and Kaushal’s wedding was held in Nepal but with all the pomp and fun of a classic Indian wedding. What we especially lo... Sept. 15, 2017 10 Pinterest-y Photobooth Ideas For Your Indian Wedding - Super Cute & Super Simple! Flower Walls How pretty are these?   Fairy-Lights Backdrop Perfect for that warm lighting, even during the evenings.   In... Sept. 14, 2017 Top 10 Romantic Indian Locations To Propose To Her At! #SheWillSayYes Popping the question isn’t an easy task! What with the planning, the ring shopping, the perfect timing and the channeling of al... Sept. 13, 2017