Vinesh Phogat got engaged at the Delhi Airport right after grabbing a Gold at the Asian Games! #TheDangalgirl Vinesh Phogat – the woman who made history on winning the historic Gold medal at the 18th Asian Games in Jakarta (and being the first Indian woman to bagg it), is her happiest self for reasons more than this!

What an incredibly phenomenal feeling to win the #AsianGames Gold 🥇👌 This medal is for #India 🇮🇳 and for all our wonderful people who keep motivating me with their blessings and good wishes 😊 A big thank you to the @wrestlingfederation, SAI, @olympicgoldquest, and coach Woller Akos who have played important roles in my journey towards this medal. A big thank you and a tight hug to my physio @ruchu_31 and the entire team for keeping my body in great shape! This is just the start 🙏💪 #NeverStop

The wrestler returned to India on Saturday which coincidentally was also her 24th birthday. And while she was gearing up to celebrate her victory and her birthday, little did she know something more special awaited her back in Delhi! 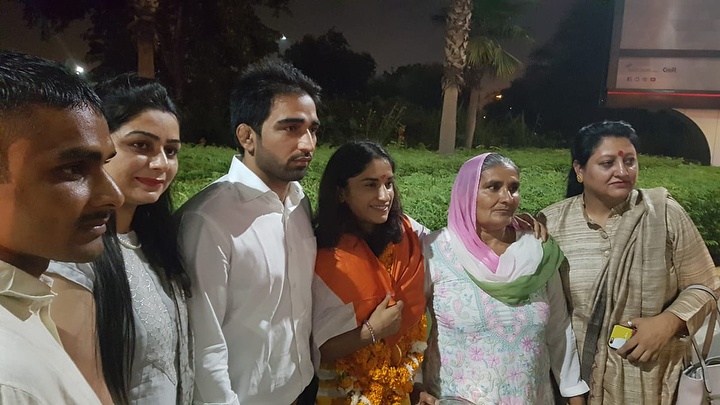 Her long-term boyfriend and former national-level wrestler Somveer Rathee had planned a surprise proposal. He had been planning to propose her on her birthday, so he rushed to the airport as soon as her lady-love landed and popped the question right outside the airport! ….and she said yes in a heartbeat. 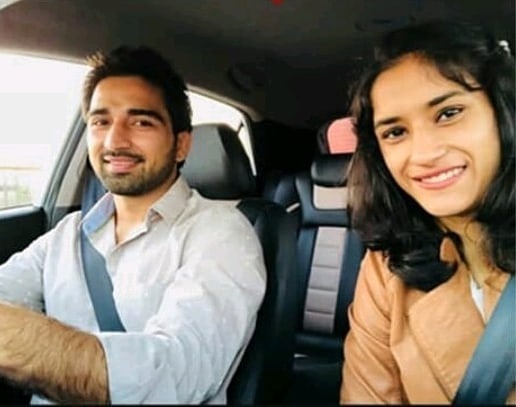 The much-in-love couple is said to have exchanged engagement rings at the airport in the presence of Vinesh’s uncle Mahavir Phogat (yes the Dangal dad) and Somveer’s mother. The two have known each other for the last seven years. Right after that she posted a picture on instagram saying, “The best decision I ever made! Glad you pinned me for life.” *awwww*

The best decision I ever made! Glad you pinned me for life 😍❤️

They even cut their engagement cake at the airport itself, which I think is just adorable!

Here’s wishing these love birds a lifetime of happiness!

Kylie Jenner debuts a new diamond engagement - like ring on 'That' finger! A celebrity relationship mystery that walked in from 2018 to 2019 was ‘When the heck will Kylie Jenner and Travis Scott get eng... Jan. 8, 2019 Badminton Star Saina Nehwal is all set to marry her BF Parupalli Kashyap in December! It seems to be raining weddings in the sports world too, and I for one literally Can’t Keep Calm. Right after the Dangal girl s... Sept. 26, 2018 Justin Beiber and Hailey Baldwin sneakily got married and we can't believe it!   Just days after taking the Internet by storm after announcing their engagement, Justin Bieber and Hailey Baldwin reportedly ... Sept. 15, 2018 Ed Sheeran is Married people and here’s proof that he found his 'Galway Girl'! Yes you read it right people. Ed Sheeran married his longtime girlfriend Seaborn!!! The ‘I Do’ ship had already sailed and ever... Aug. 30, 2018 Priyanka Chopra & Nick Jonas just got engaged in a total desi way! #Rokafied If you are not living under a rock, and by rock I mean a major rock, you know by now that #Nickyanka have gotten engaged. Nick ... Aug. 18, 2018