Sanchit & Aayushi Delhi : A grand wedding at Umrao with tons of decor inspiration!

Aayushi and Sanchit got hitched to each other in an ethereal ceremony at Umrao, Delhi. The venue is of utter importance to them as it is at Umrao that their story bloomed! Their love story is cuter than themselves, you’ll believe us when you read it!

Aayushi and Sanchit first met each other at a mutual friend’s bachelor party. They didn’t talk much at the beginning but kept bumping into each other throughout the wedding because of dance practices and other preps. On the day of the wedding (which took place at Umrao!), Sanchit wanted to write a message in a memory book for the new couple. He was quite drunk and has a terrible writing so he grabbed the first person he could see and asked them to write it for him. The person was none other than Aayushi! Sanchit says, “For the message, I wanted to modify and write a poem I had written when I was 18. The poem was called “As we walk that pretty aisle” and it was dedicated to the person I get married to. For the new couple, I wanted to write: “As you walk that pretty aisle, Prateek promise that you’ll never let go Poorva’s Smile”. But in my drunken state, I made Aayushi sign the message as ‘Love, Aayushi and Sanchit.’ And that’s how we started. Aayushi claims to this day, that’s when she fell for me. I refuse to believe it!”

A month later their friends hatched a plan to bring these two closer. They made a plan to meet but one by one, they started cancelling on the plan. Only Aayushi and Sanchit were left and they decided to carry it on anyway! The two hopped from one bar to another, talking about other girls that Aayushi could set him up with. Towards the end of the night, they ended up at the most romantic rooftop in Hauz Khas and Sanchit asked her, “What about you? What if I like you? Could you set me up?” She said nothing but just smiled. That night, Sanchit found his soulmate!

Aayushi and Sanchit believe that the journey should be as fun as the events. They made sure to choose vendors with whom they can enjoy themselves. This helped them come up with brilliant ideas as a team which resulted in a beautiful wedding!

The wedding festivities were kicked off by a fun mehendi ceremony held at Roseate. Sanchit says he fell in love with the venue at first sight! The decor for the day event was inspired by Punjabi hues like candy pink, whites and bright yellows. Colourful bangles and phulkari dupattas (brought all the way from Amritsar!) were the perfect mehendi favours and were in sync with the theme! Aayushi was seen in a yellow and pink lehenga while Sanchit wore a grey kurta with an ivory jacket. The overall mood of the mehendi was joyful and pompous and soared everyone’s’ spirits!

The couple wanted to go classy and elegant with the decor for their Sangeet. They give full credit to their decorators, Rashi and Nidhi for coming up with the idea of champagne tone drapes, glass chandeliers and tons of candles. The bar had glass enclosures full of candles! Aayushi looked ravishing in a red gown while Aayush wore an emerald green velvet bandhgala.

Aayushi and Sanchit tied the knot at Umrao, a place where the first step of their relationship was taken. The resort was beautifully decorated with flowers and drapes. Aayushi wore a pink lehenga and looked nothing short of a queen! Sanchit complemented her in an  ivory sherwani with delicate motifs.

The team who made the wedding a success – 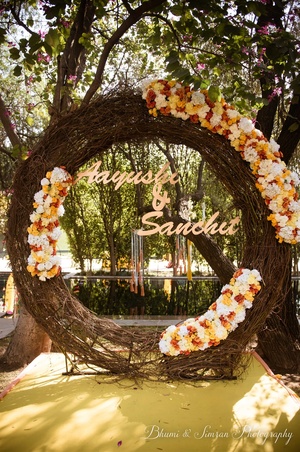 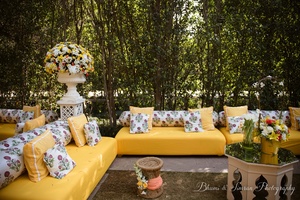 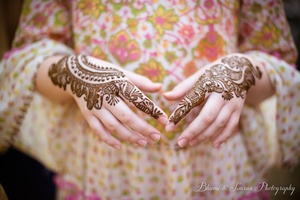 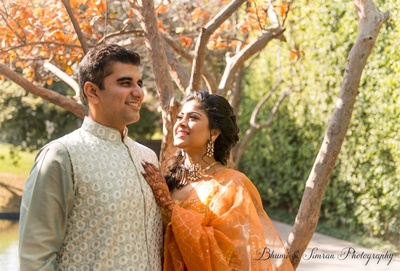 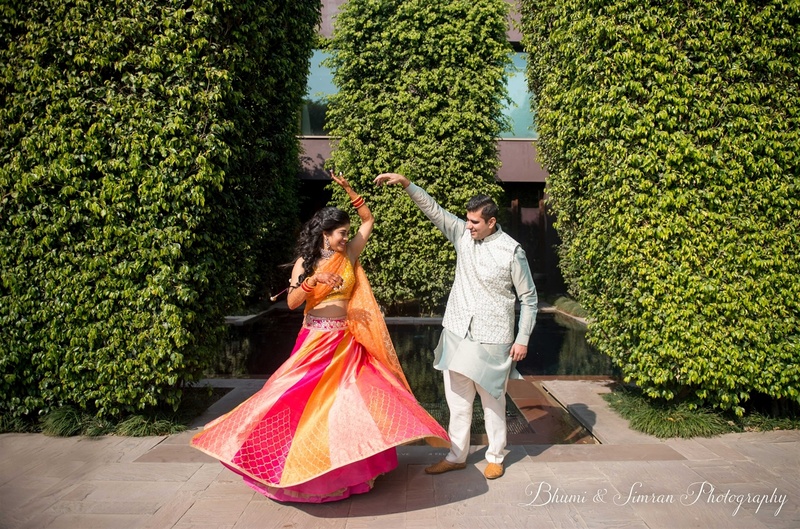 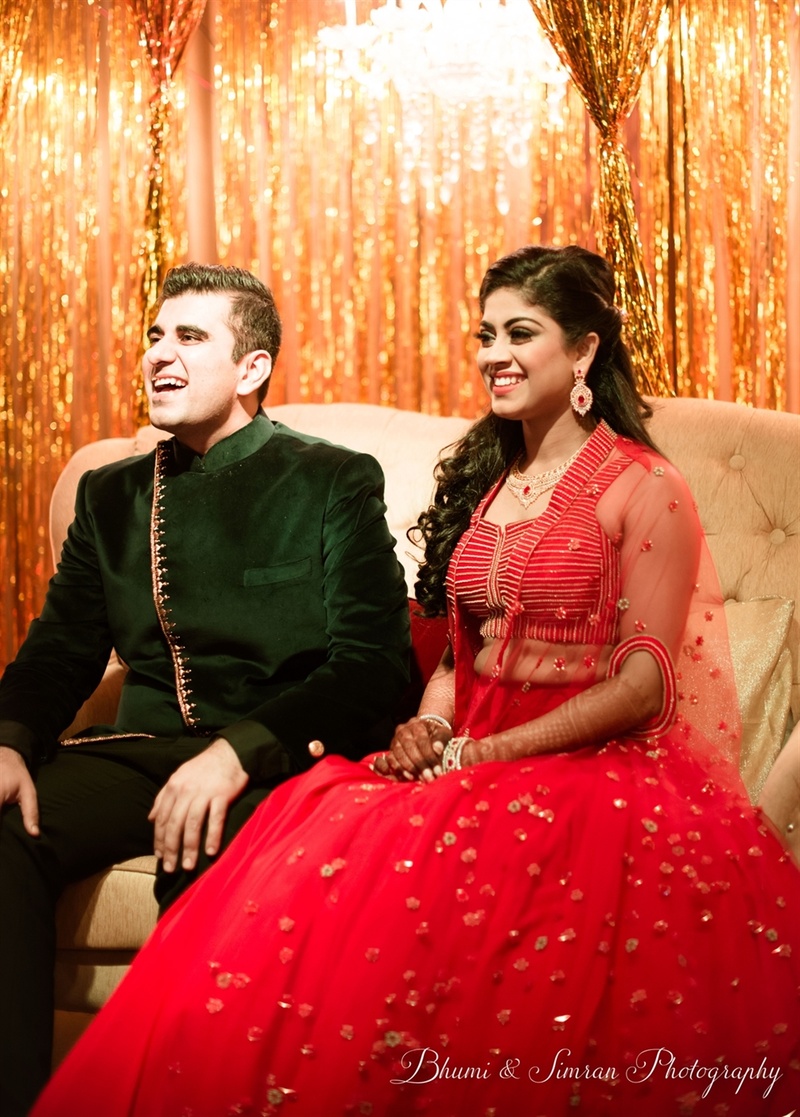 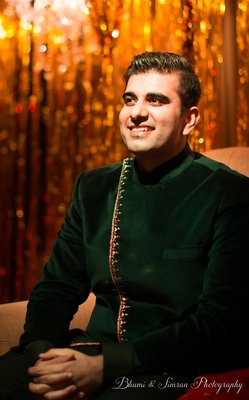 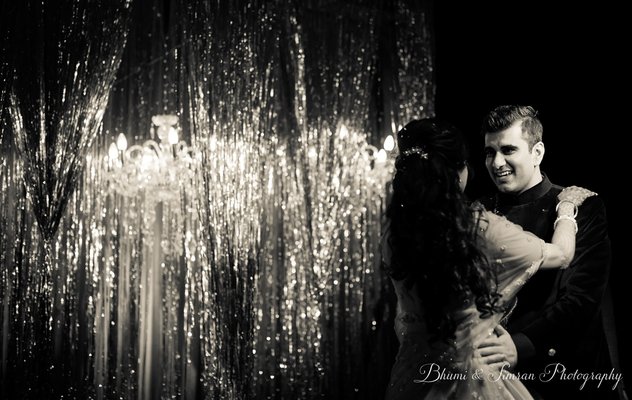 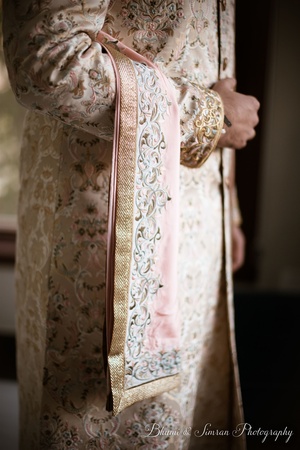 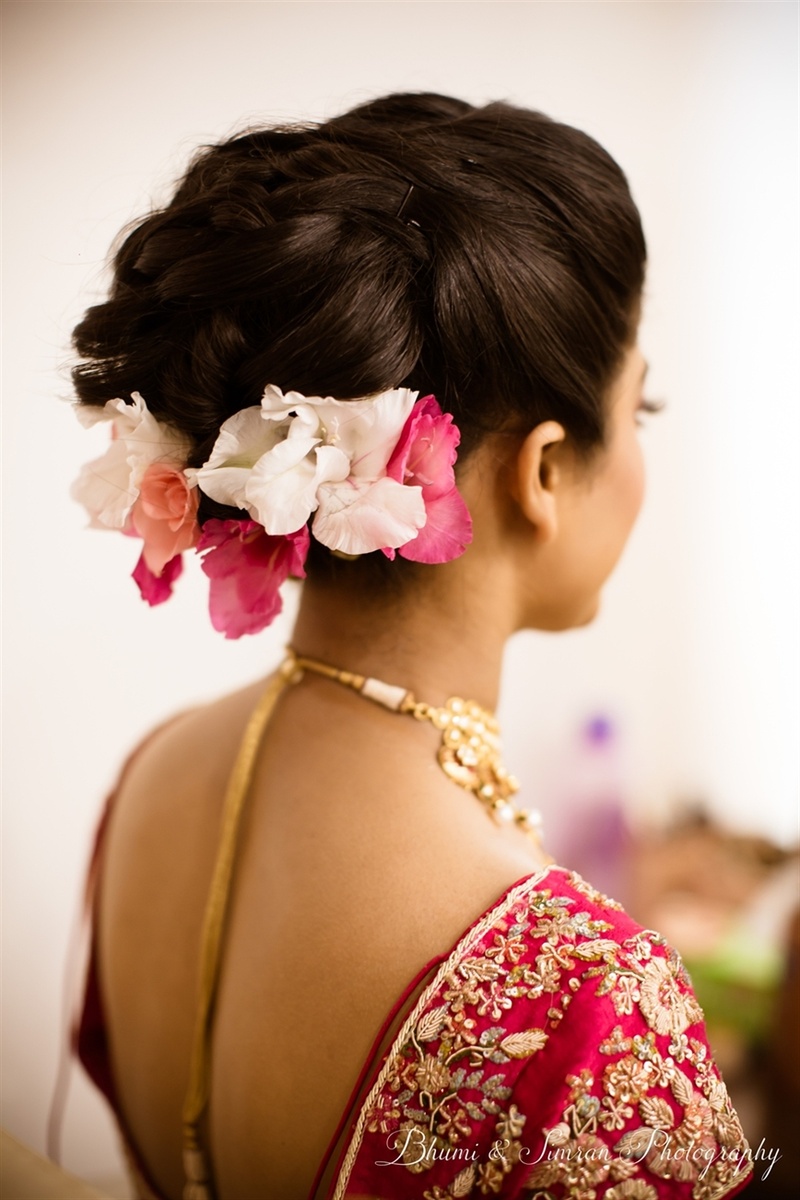 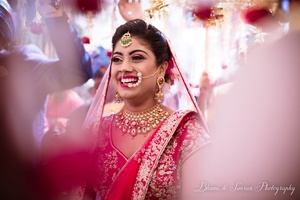 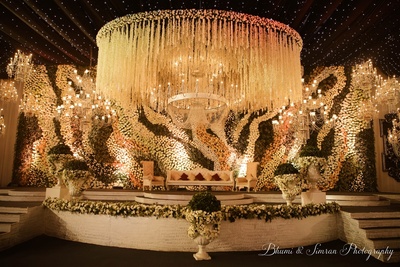 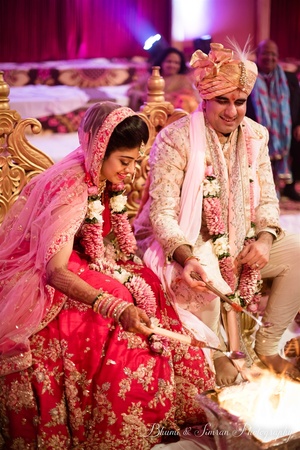 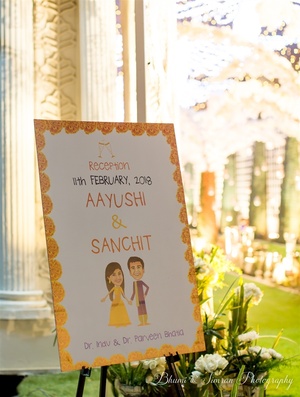 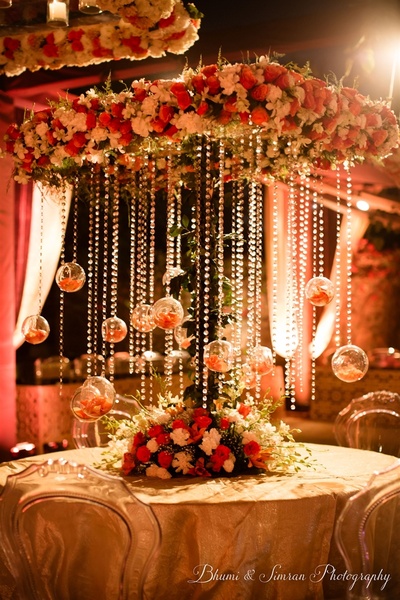 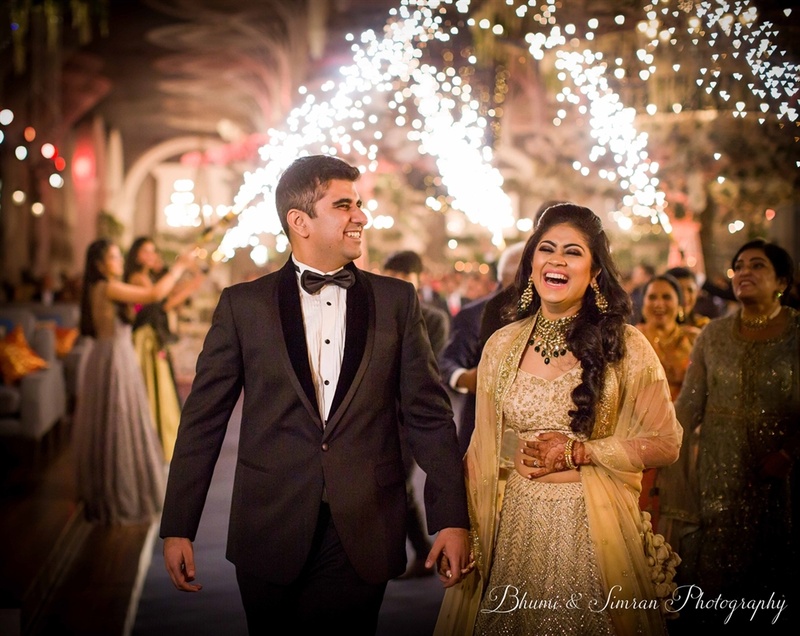 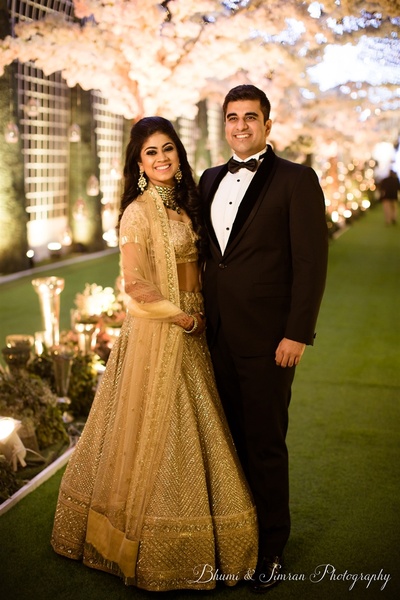