The energy elaborate Marwari weddings exude are ones that always hit us right through our computer screens. No kidding. The crazy dancing, funny comments from the mamaji’s and loads and loads of love flowing all around – there is no end to the happiness and fun!

And Bharati and Rishi’s  AKA #BaaRish wedding was one filled with all this and more. Away from their respective homes in Kolkata and Banglore, this gorgeous couple met while they were both working in Bombay because of destiny! (and their pakka desi parents who “Arranged” their meeting, of course) And as destiny would have it – they hit it off instantly! Loads of planning and dinner dates later Bharati and Rishi along with their families came to the Sheraton Grand Bangalore Hotel and (almost) took over the entire hotel – Big Fat Indian Weddings, I tell ya!

While the haldi was an intimate affair held indoor, the sangeet was all out energetic! LED  screen  backdrops, loads of thumkas and an ice-blue tiered lehenga that we were completely gushing over. While this lehenga’s embellishments and lace details were oh-so-pretty, Bharati’s Royal blue and red bridal lehenga definitely stole the show. Designed by our favorite bridal wear guru, Sabyasachi Mukherjee her lehenga was perfection to the T. The flare, fall and buttis, each element was done with utmost precision and style, plus the combination of red, navy blue and sapphire could only be the genius of Sabyasachi.

Their wedding was shot by the talented team at Arjun Kartha Photography who had a blast shooting this uber happy wedding “Since the families were Marwari, the rituals and ceremonies were slightly higher in number and a little more elaborate than usual — a lot of it was back-to back and simultaneous, but there wasn’t a single dull moment.“ he says.

Look out for the brides all-diamond jewellery set and the super cute pre-wedding shoot as you scroll through this album – definite stunners! 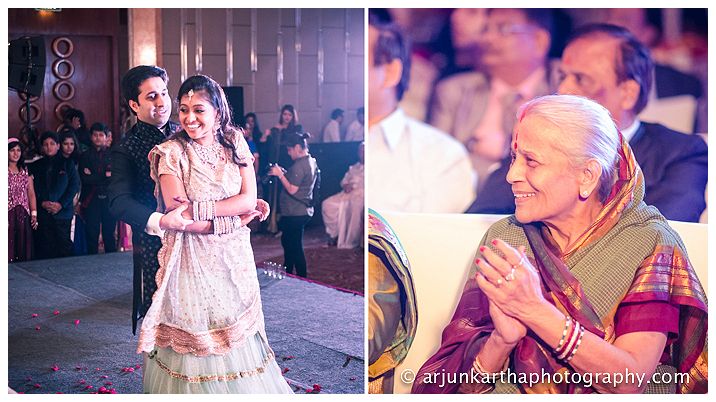 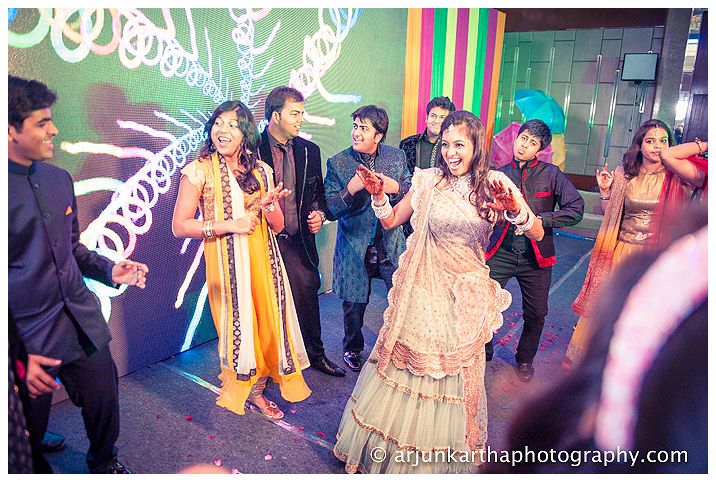 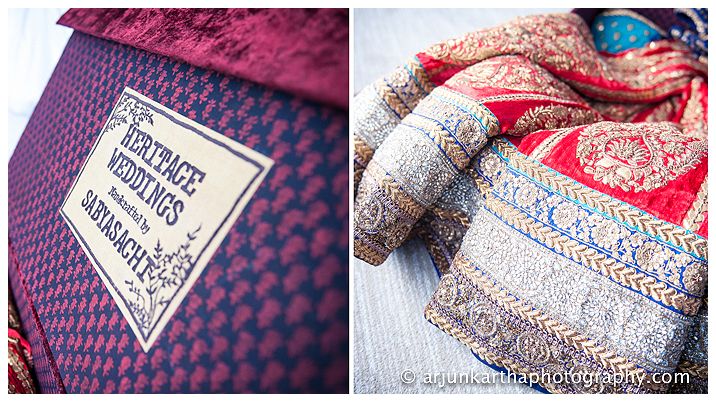 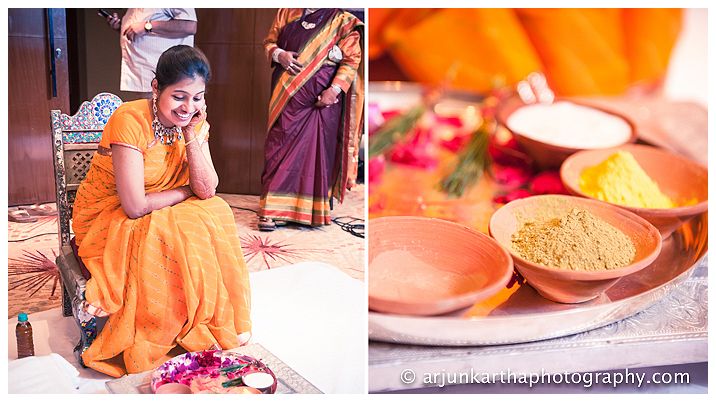 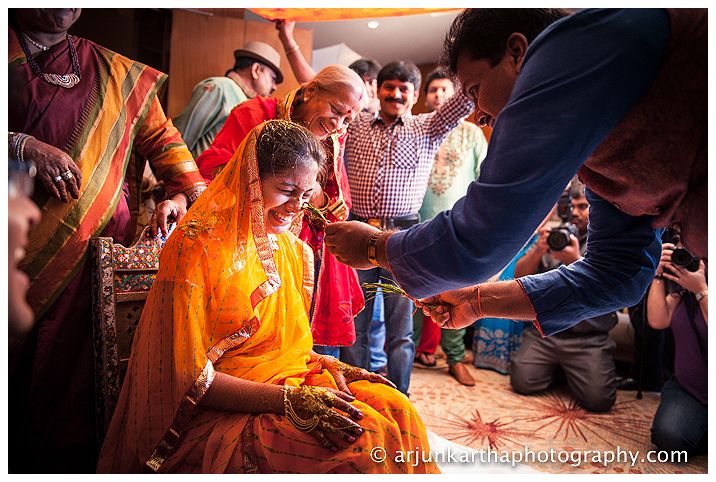 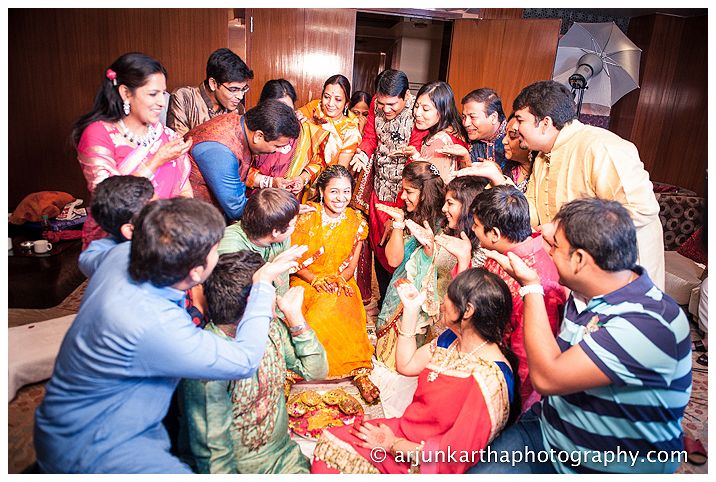 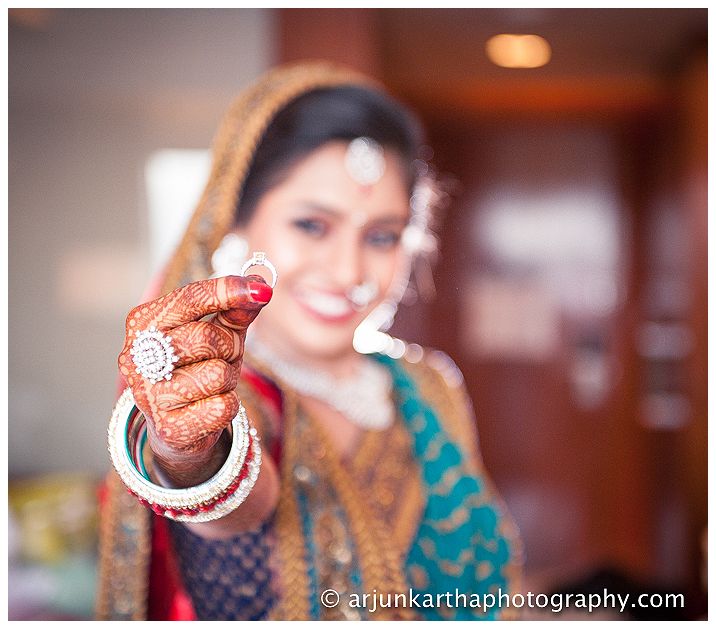 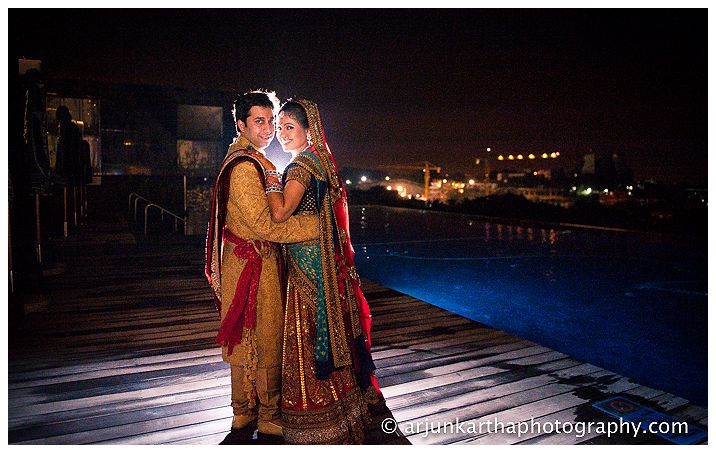 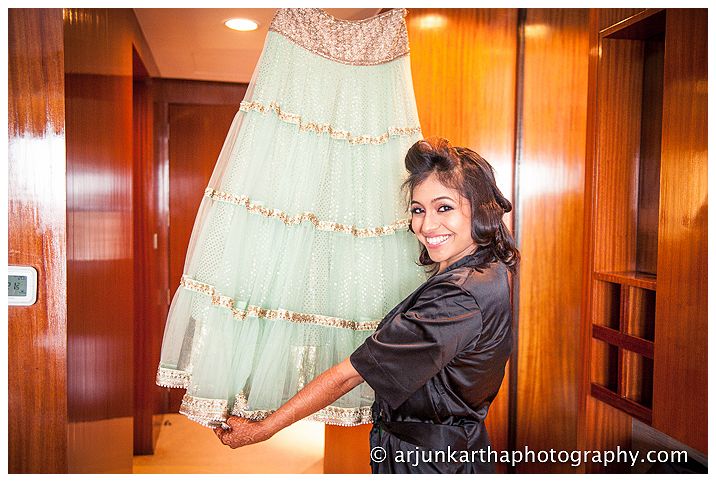 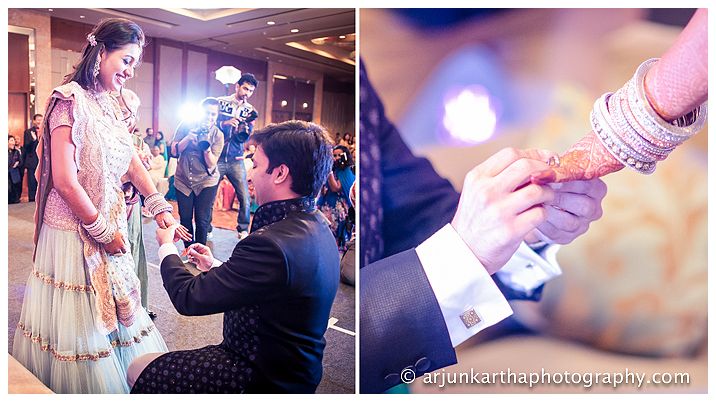 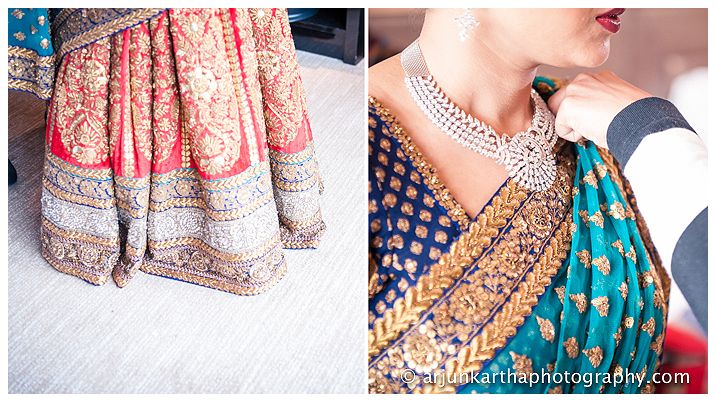 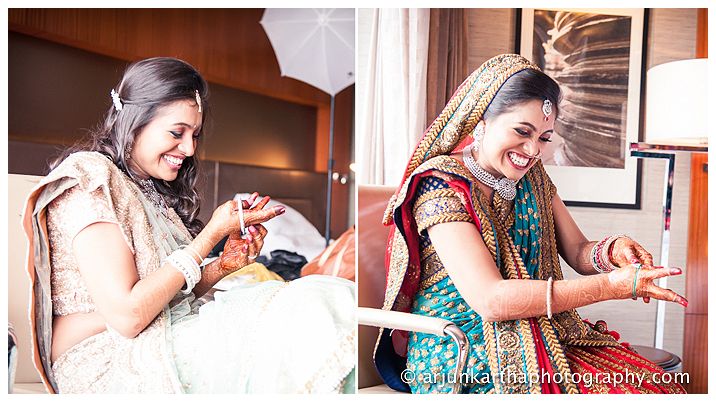 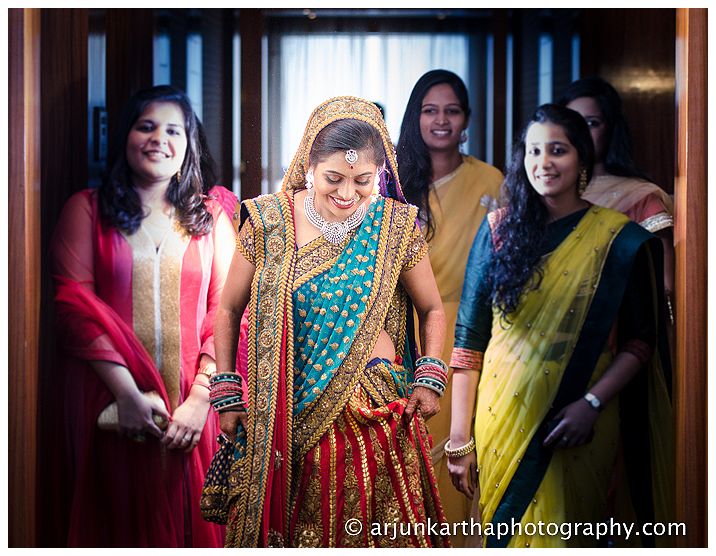 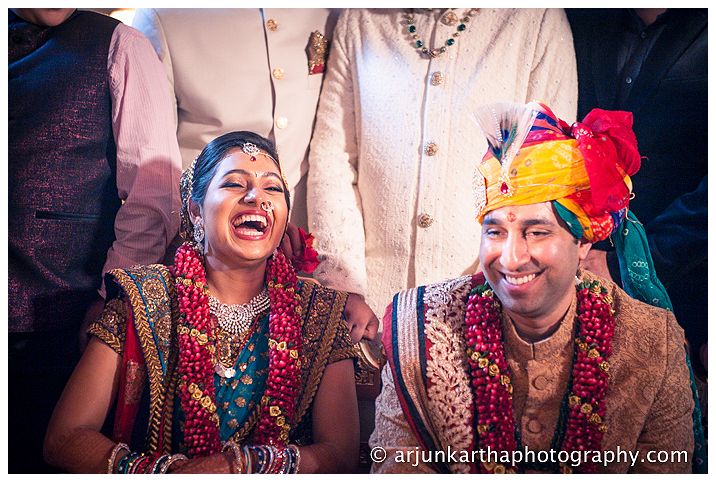 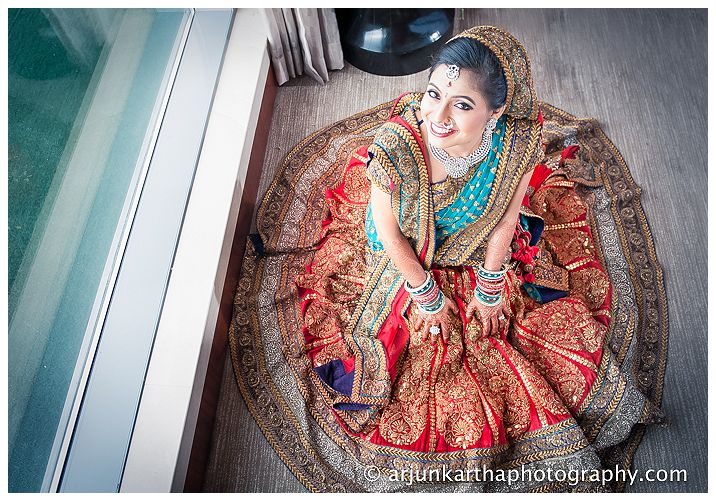 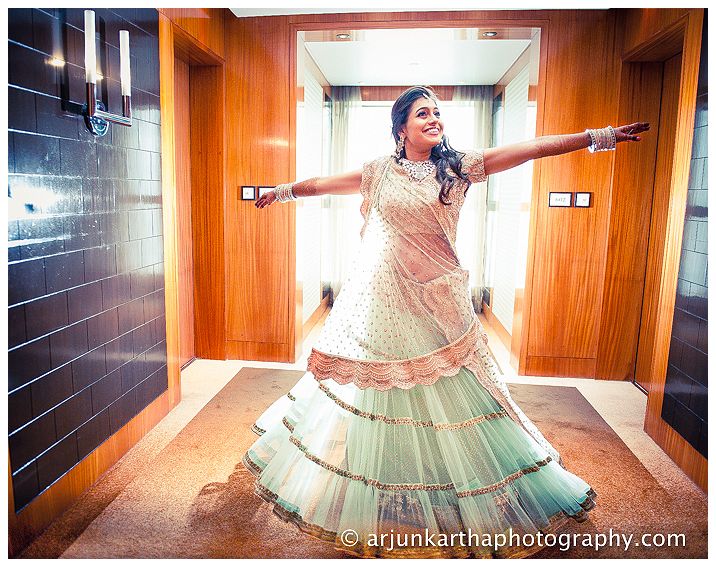 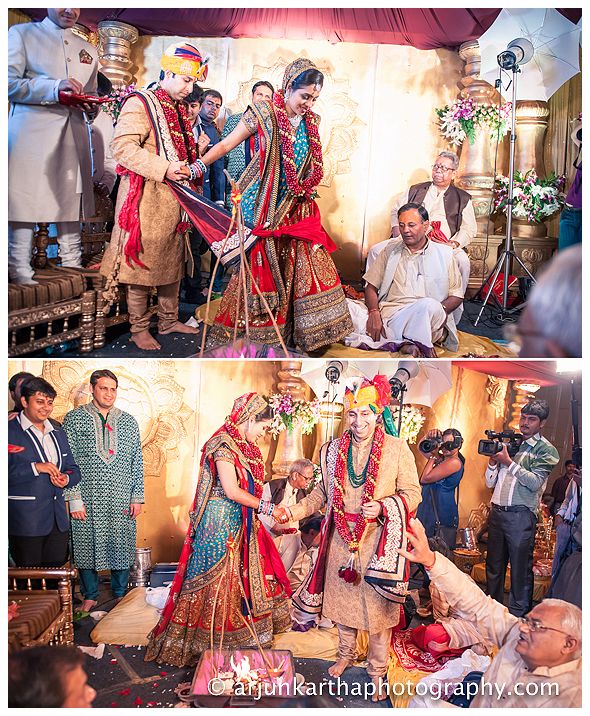