Akshay & Diksha Rayong City : A dreamy Thailand destination wedding with a bride in a unique lehenga!

Diksha and Akshay recently tied the knot in a beautiful beach side wedding in Thailand. Diksha stuck to Pantone colour of the year and wore a unique lehenga in the shade living coral! Scroll to read more about these two love birds!

Diksha and Akshay met each other when Akshay came down to Bangalore for a rock concert. Diksha fell in love with his simplicity and knew she has met the man of her dreams. She gushingly told us, “He is the sweetest person that I’ve ever met!”  What started as a chance meeting blossomed into a lovely relationship which is now solidified by holy matrimony!

Diksha and Akshay had only one expectation from their wedding- that it should be a blast and everyone should enjoy it to the fullest. They were bursting with bride as that is exactly what happened!

The wedding celebrations kicked off with an elegant engagement ceremony. Diksha was spotted in a mint green contemporary lehenga with beautiful shimmery tassels on it. She kept it simple with the makeup, jewellery and hair. Akshay wore a navy blue sherwani jacket that complimented Diksha’s mint green lehenga.

The engagement was followed by a fun filled haldi ceremony. Diksha chose a pale peach floral lehenga for the occasion. We love how she didn’t hesitate to smear haldi on Akshay’s face! They didn’t even realise the countless memories that they were weaving in the process!

Finally the day arrived when Akshay and Diksha were going to become Mr & Mrs Sachdeva! Diksha looked stunning in a unique peach lehenga that she purchased from Asiana Couture. She wore sunflowers and roses in her hair. The elaborate matha patti and her minimal makeup were clear winners! Akshay whisked away his bride in an ivory sherwani and looked dapper as ever. 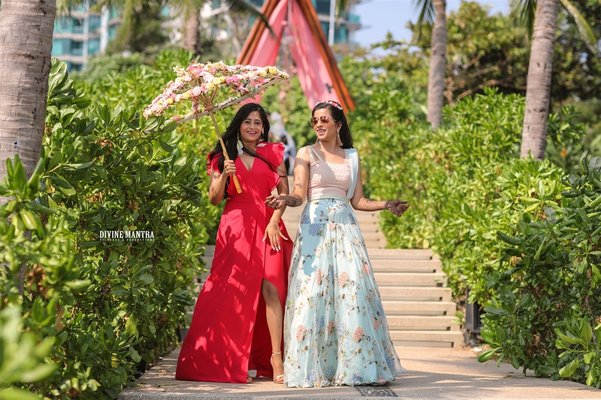 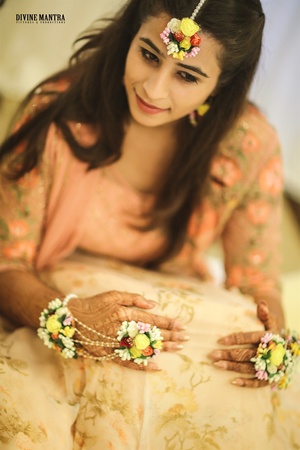 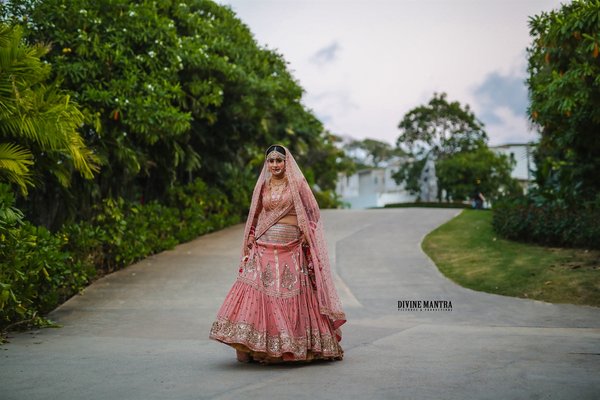 An Incredible Indo-Serbian Wedding- Ansh &amp; Slobodanka  ‘When love knocked on the doors of a lovely Indo-Serbian couple, they knew it was for a lifetime.’ “Being deeply loved... Dec. 15, 2020 Aishwarya and Himanshu Thailand Destination Wedding ‘When childhood lovers turned life partners in a beautiful home wedding set-up’ “The future for me is already a thing of the... Dec. 15, 2020 Lockdown Wedding Diaries: Kajal Aggarwal Weds Gautam Kitchlu in an Intimate Wedding Ceremony in Mumbai We’ve all heard the famous saying, ‘Where there is a will, there is a way’ However, a thought that has truly resonated with thi... Oct. 31, 2020 Unita and Nikhil Abu Dhabi Destination Wedding ‘An arranged meeting turns into a life, love and laughter session and transforms into a beautiful companionship!’  &nbs... Oct. 30, 2020 Intimate Home Lockdown Wedding: Deepika Weds Chitang in Mumbai Bride Deepika Ghose and Groom Chitang had planned a destination wedding in Phuket, Thailand for 7th and 8th of March 2020. "I h... Oct. 29, 2020