Something about Niharika and Trishy caught our eye. Was it the unique sage green lehenga that Niharika wore? Or Trishy’s enthusiasm as he entered with his baraat? Maybe it was just their stunning photos that spoke volumes about them. Fasten your seat belts, ladies and gentlemen, for we are taking you on an extraordinary journey that soars high in the sky!

Aviators and die hard romantics, Niharika and Trishy first met each other at flying school in 2009. The attraction was instantaneous and undeniable. They soon started dating but shared their fair deal of long distance. Trishy says that he knew from the start that he is into this forever while Niharika took some time to warm up. They braved through the distance and took a million flights just to see each other after a long day of work!

Both Niharika and Trishy wanted to achieve certain goals before they tied the knot. Trishy purchased a ring in August 2017 but kept it to himself and waited for the right time to pop the question. Niharika patiently waited for her man to ask for her hand but at the same time bought a ring to surprise him with a counter proposal whenever he asks the big question. They took a trip together to Jodhpur for  a friend’s wedding. They extended their vacation and Trishy booked a gorgeous room for the two of them at Raas. He finally bent down on one knee and asked his lady love for her hand in marriage! Niharika surprised him with a counter proposal! They got engaged in January 2018 and chose 19th February 2019 as their forever date.

Niharika and Trishy welcomed their families and friends with a fun and interactive games day. The decor was colorful with detailing on the pathway.The event kicked off with a great entry, where Neharika and Trishy made a dramatic entrance to the song ‘Aa dekhen zara… kisme kitna hai dum’. There were different games such as giant volleyball, giant twister, caterpillar race, hurdle game, pass the hula hoop. The teams were divided into the groom’s family who wore blue tee-shirts and the bride’s who wore red tee-shirts.

Day 2 brought about a colourful mehendi ceremony in the lawns. At the entrance was an installation of their pictures from 2009-2019, showcasing the #10YearChallenge. The couple entered hand in hand to the beat of punjabi dhol and smoke bombs.

The mehendi ceremony was followed by an evening full of dance and drama, the sangeet ceremony. They even hosted a Na-Real award ceremony! The photo booth was on point- with metallic backdrops! They even gave flip flops to the ladies as a remedy for their sore feet.

Finally, the day arrived when Niharika and Trishy would be united in holy matrimony. Trishy requested a simple baraat with no taam jhaam. Custom hand fans and shot glasses were handed to the baraatis to beat the Kovalam heat. The groom danced his way to the altar and patiently waited for his bride to arrive. In a matter of minutes, the beautiful bride made an entrance under a phoolon ki chaadar to the song Aafreen Aafreen. She looked resplendent in a sage green heavily embellished lehenga with a front slit. A beautiful mandap was set up on the beach decorated in the colour of lavender and white. 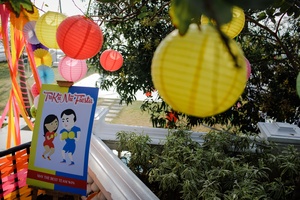 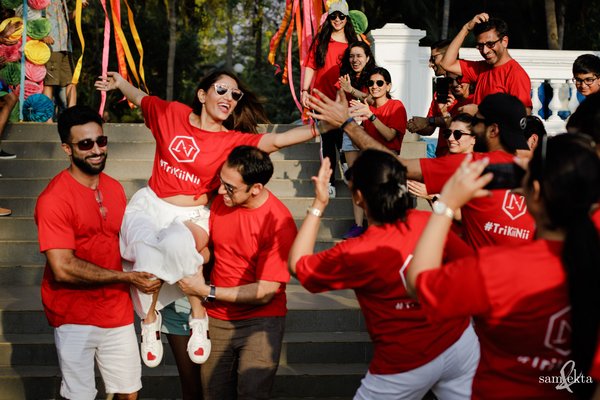 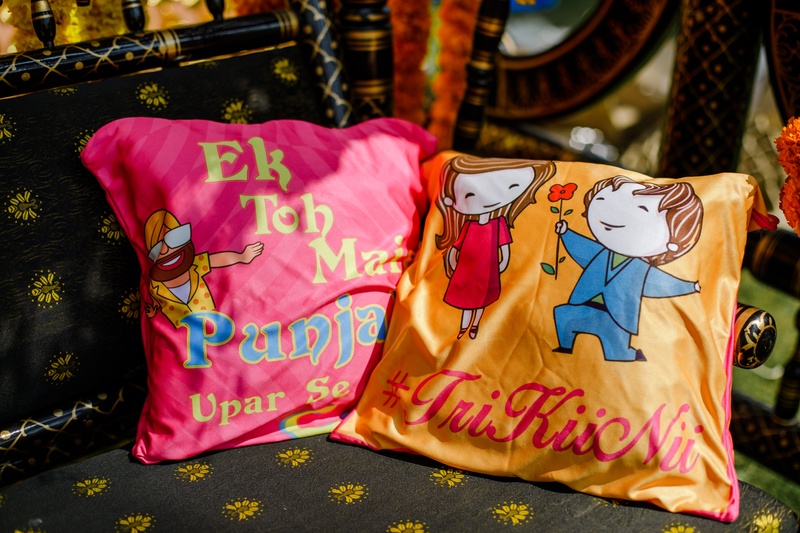 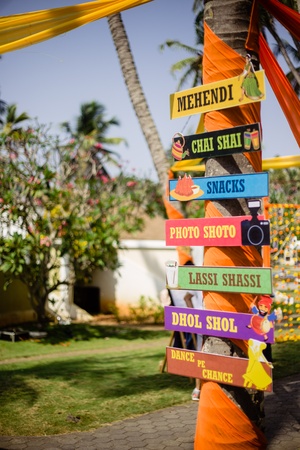 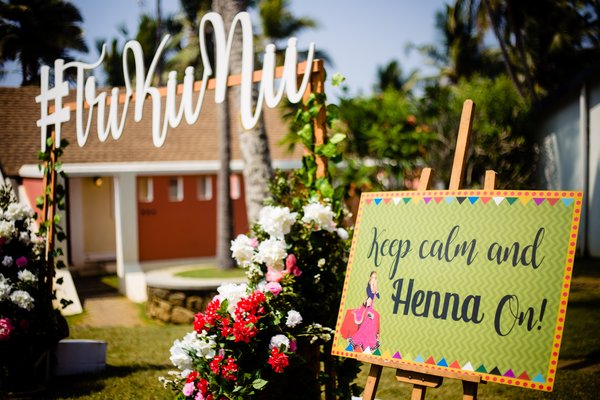 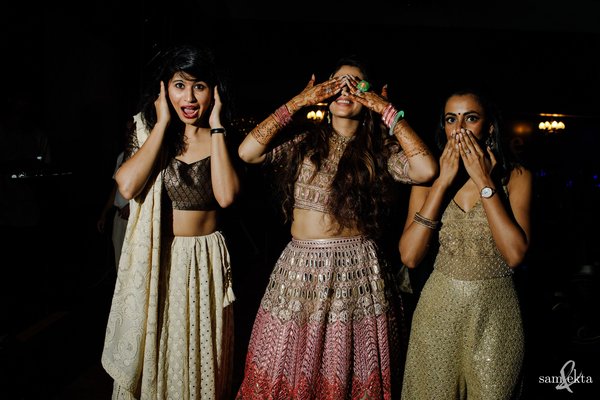 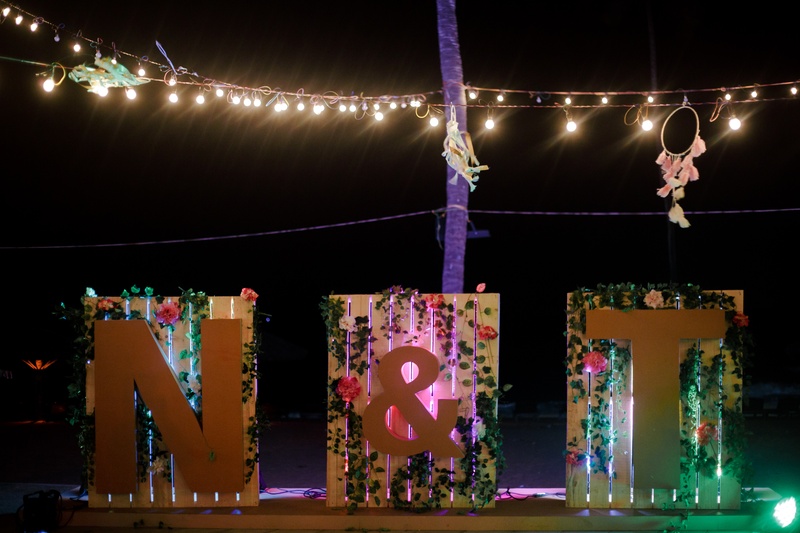 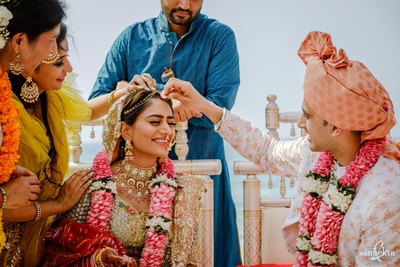