Nikhil & Sejal Mumbai : When Nikhil and Sejal Signed a Deal for Life! 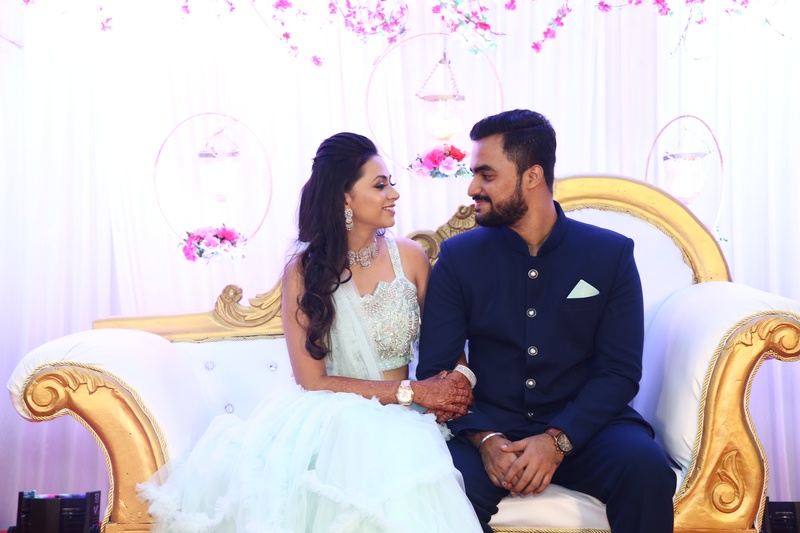 It’s just not about tying the knot, it’s also about keeping the knot tight!

Conversations by the office coffee machine are never to be underestimated! While its mostly useless gossip and banter, at times, it can turn into something beautiful. Well, the latter came true for this couple – Nikhil & Sejal. Both met at work in 2014, where Nikhil was a newbie but Sejal was the office veteran.

But things did not start off immediately for them and it was only much later that they introduced themselves and actual conversations began over coffee (at the office coffee machine!). From there on, they spoke often and texted each other even while at work. Soon they were inseparable and often made plans to spend time together post work. And here is where things started to brew!

Within a month, both Nikhil and Sejal knew this wasn’t just an office fling but that they really wanted to spend a lifetime together. And so began their proper courtship.

The turning point in their love story was when they were on a trip to Goa with friends. Sejal met with a minor accident on the day they were going for water park activities. At the water park, during one of the activities, she twisted her foot and fell on her knees. By evening her condition had worsened; her knee swelled up and was really painful. She had to stay back and rest while the rest of the group continued with their night out at the casino and clubbing. But Nikhil stayed back, giving her company and nursing her foot. He looked after her throughout the trip.

This incident cemented their bond further. They knew it was not just love but respect and care for each other that made them better partners. Plus, even though they spent a lot of time together, they were never bored with each other and always had things to talk about.

“Every date still give us butterflies and feels like it’s our first date. We both are big-time foodies and really connect over food. Aakhir dil ka raasta pet se jaata hai is a true example of our love story. It was a smooth journey since day one and we have one rule that if we argue then will sort it out before sleeping no matter how big the fight is!” – Nikhil

There was no real or formal proposal. “I confronted my feeling over a call and guess what she liked me too! But she kept me on probation for 2 months and finally, she said yes on our first date.” – Nikhil.

“I took my sweet time to say yes to Nikhil as he proposed to me within a month of us knowing each other. Also, I was too young so it seemed too good to be true back then.” – Sejal

The family on both sides were always aware of their ‘friendship’ so when they decided to tie the knot, it was all smooth.

Since both of them are from Mumbai, all the ceremonies were held in the city itself. The festivities began with engagement and sangeet. The theme for this function was Cherry blossoms.

Sejal wore a stunning ice blue contemporary lehenga choli with ruffled layers on the skirt. She let her hair down in soft curls and completed her look with a choker-earrings set. Nikhil complimented her by wearing an ink blue bandhgala. The engagement ceremony was followed by a sangeet where near and dear ones of the couple performed for the couple.

On the day of the wedding, Sejal looked stunning in a beautiful red lehenga with heavy embroidery. She completed her look with multi-coloured polki jewellery. The groom, Nikhil looked dapper in his sherwani. For their reception too, the couple coordinated their outfits – Sejal wore a burgundy coloured indo-western lehenga while Nikhil wore a burgundy tie with a blue suit.

Vineet was so calm and patient with us and everyone from our family. He would often suggest the poses and make us do it. All of it turned up so good on pics. We just loved every single click took by him and his team. 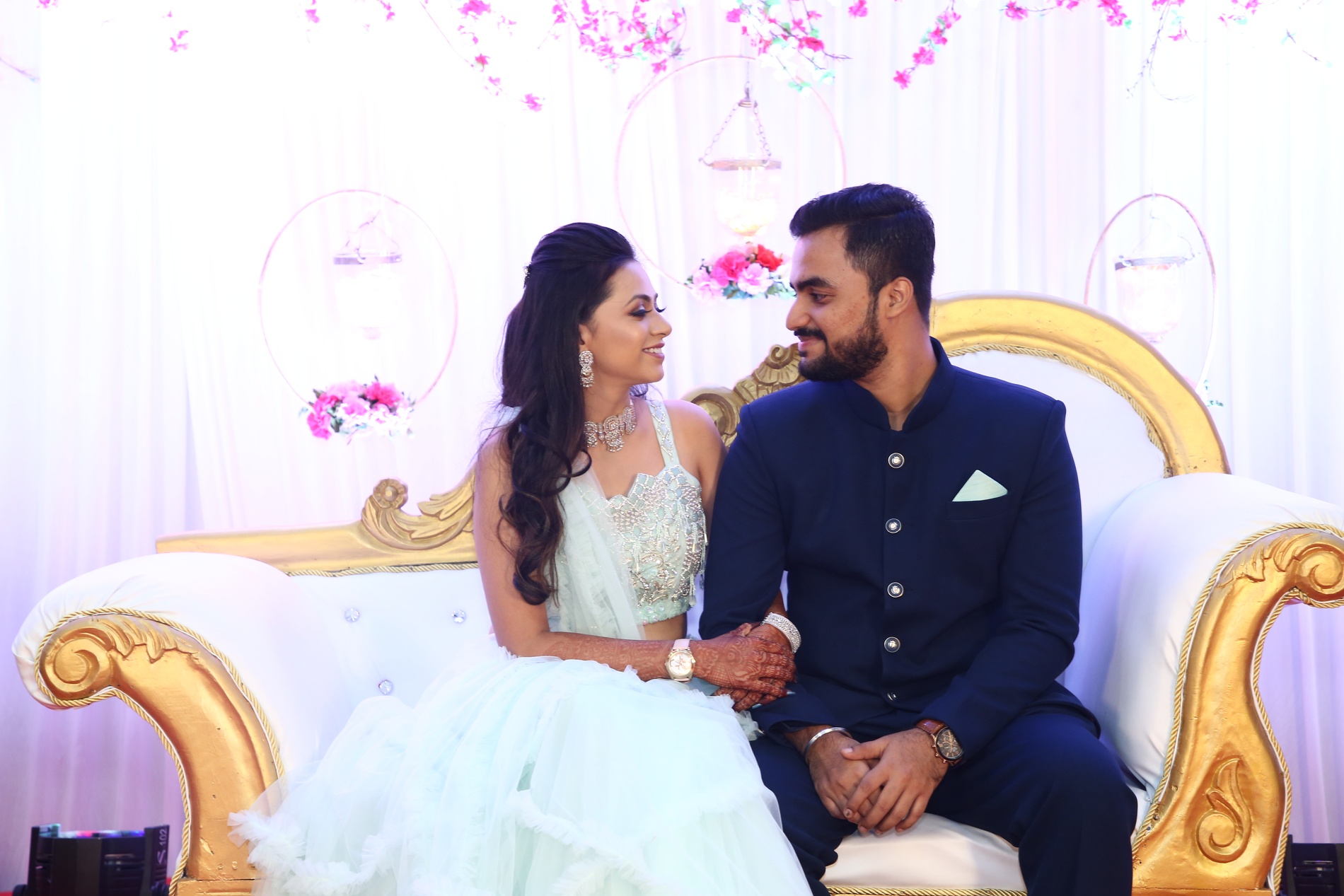 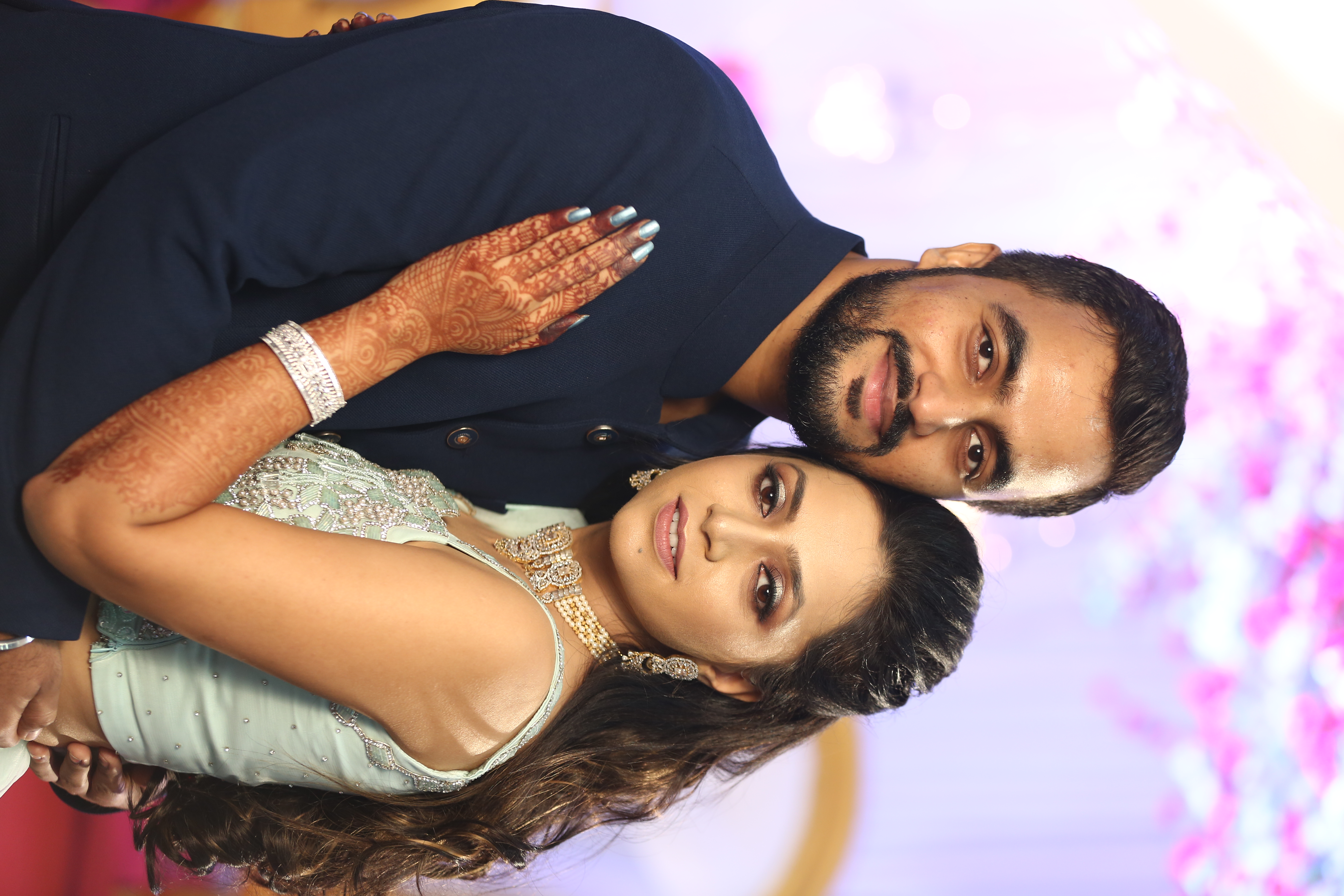 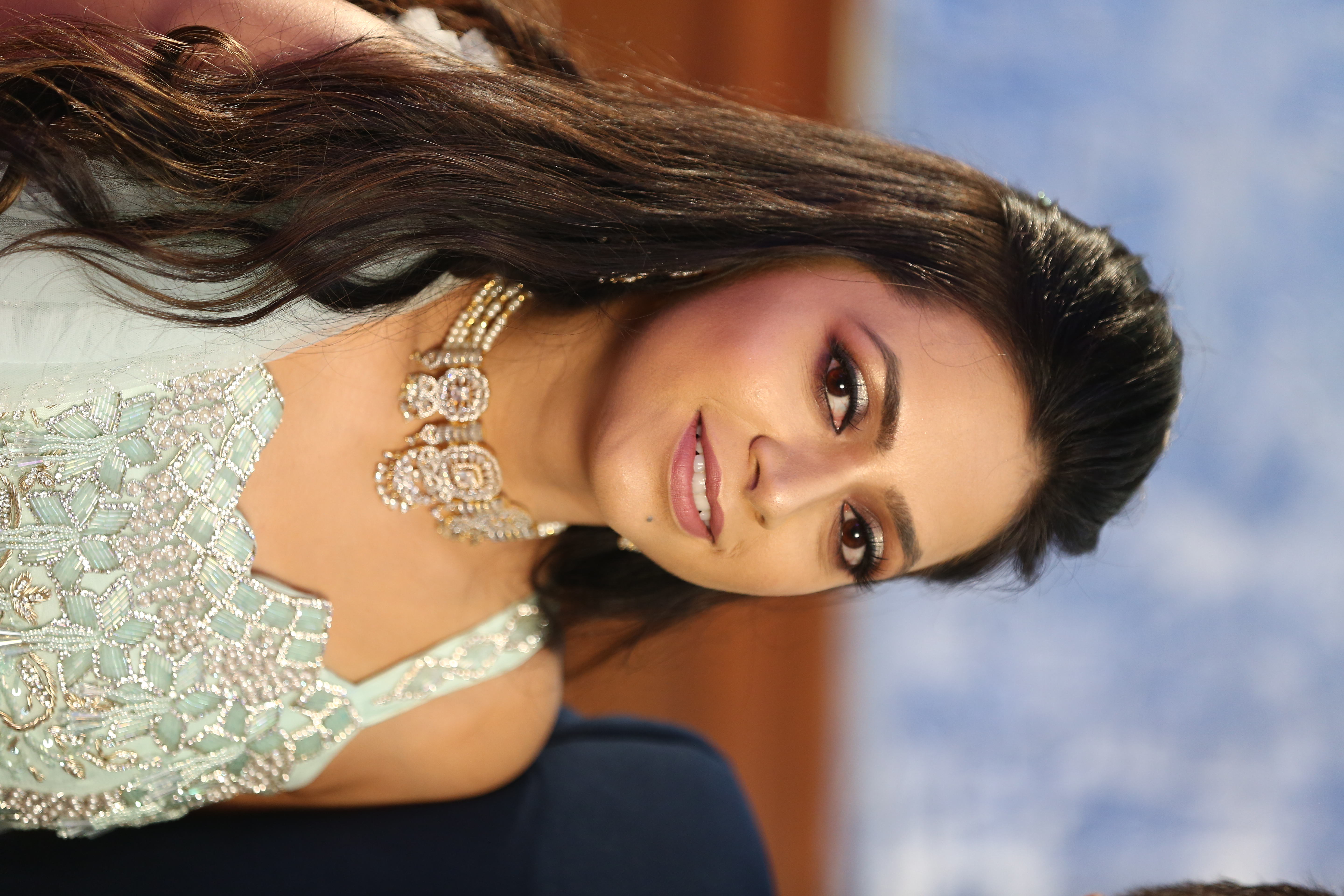 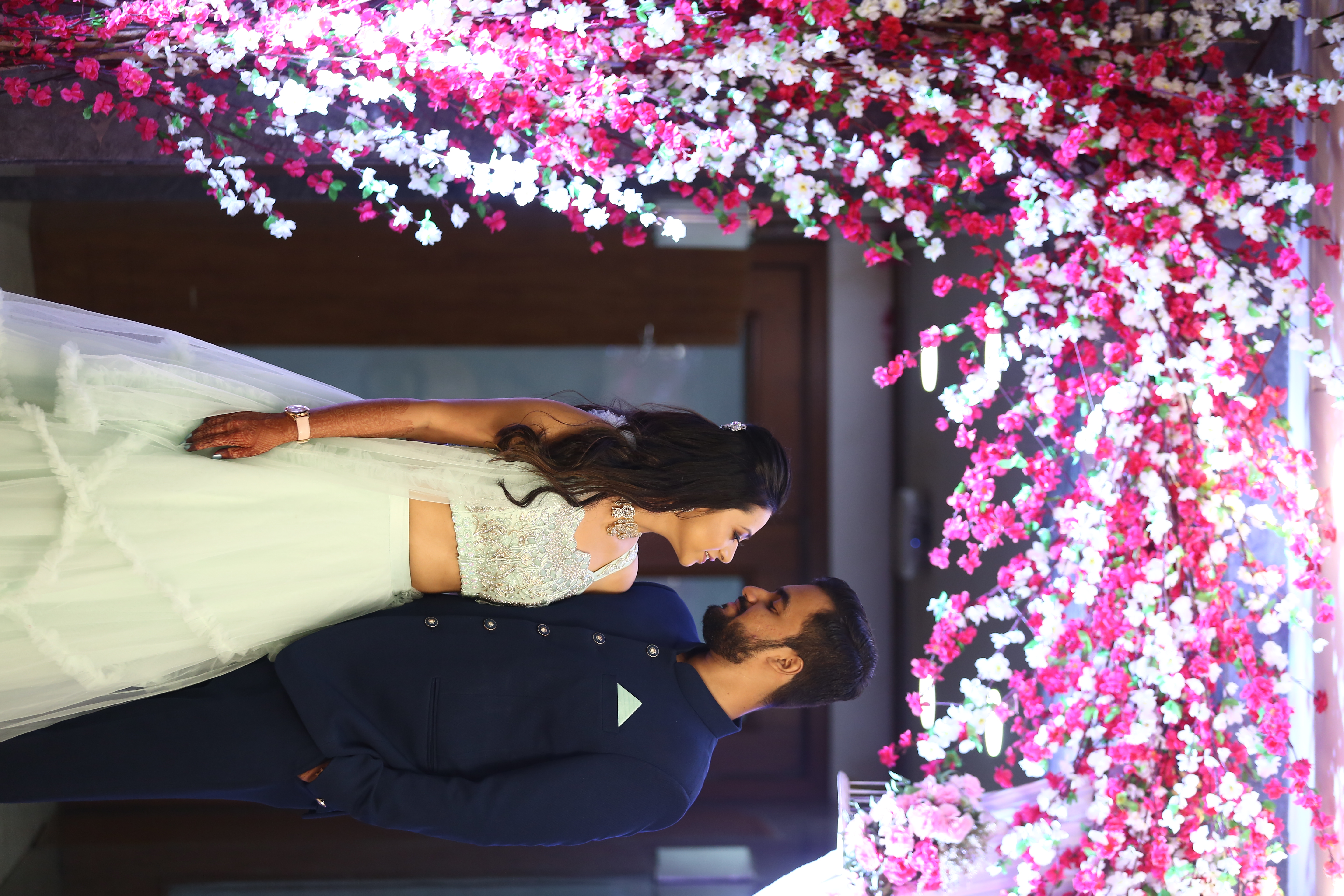 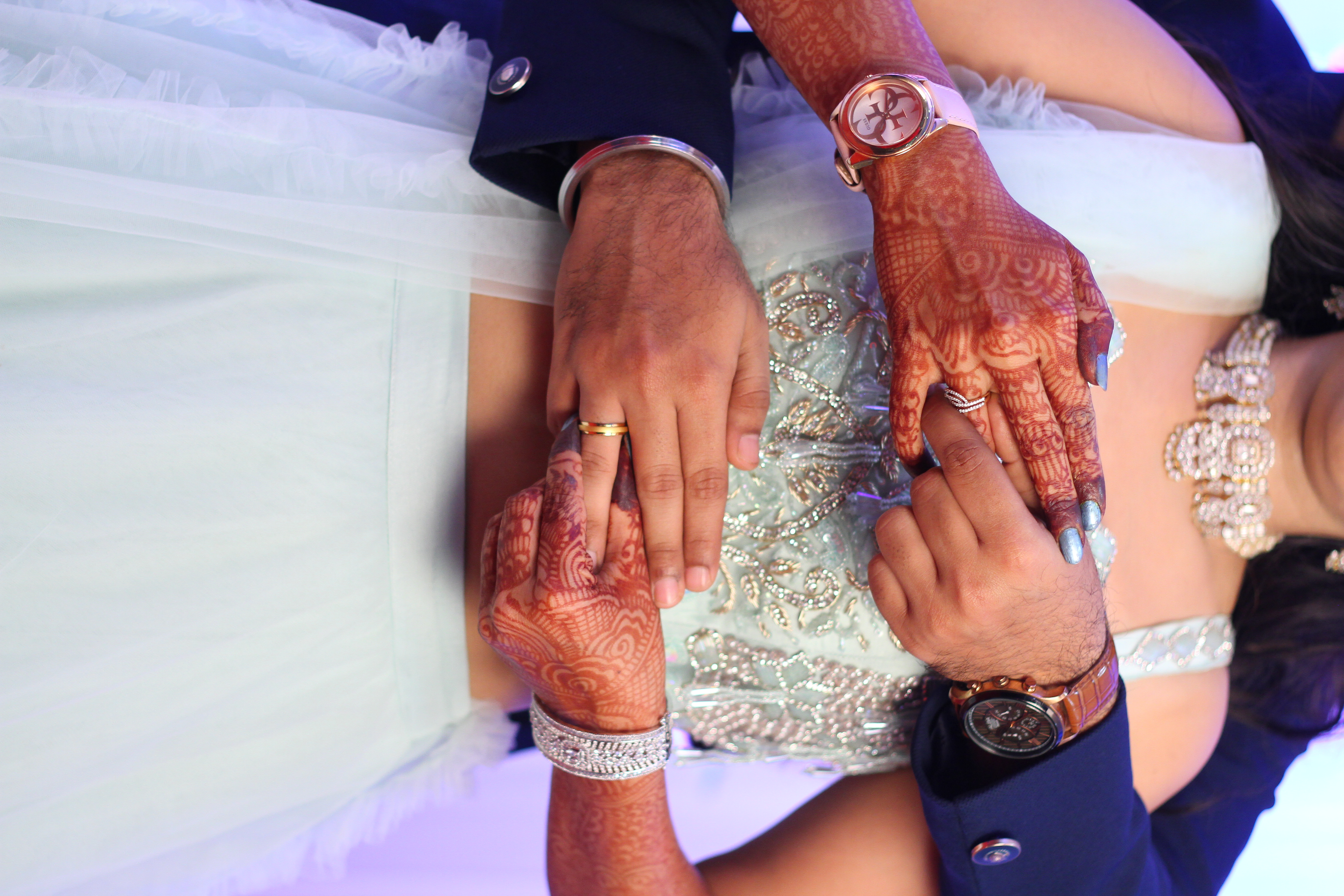 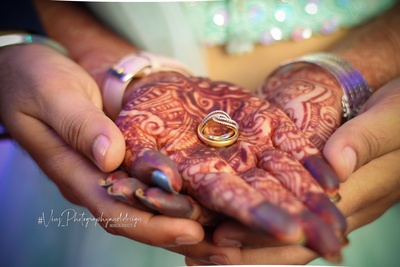 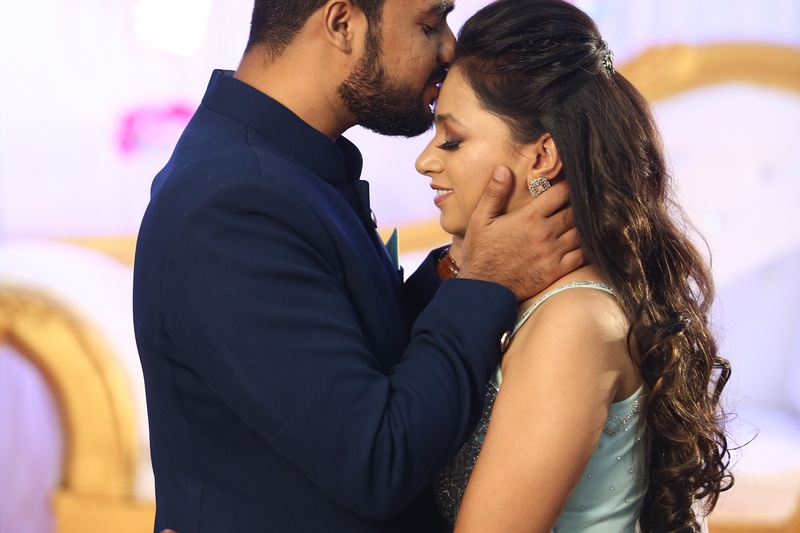 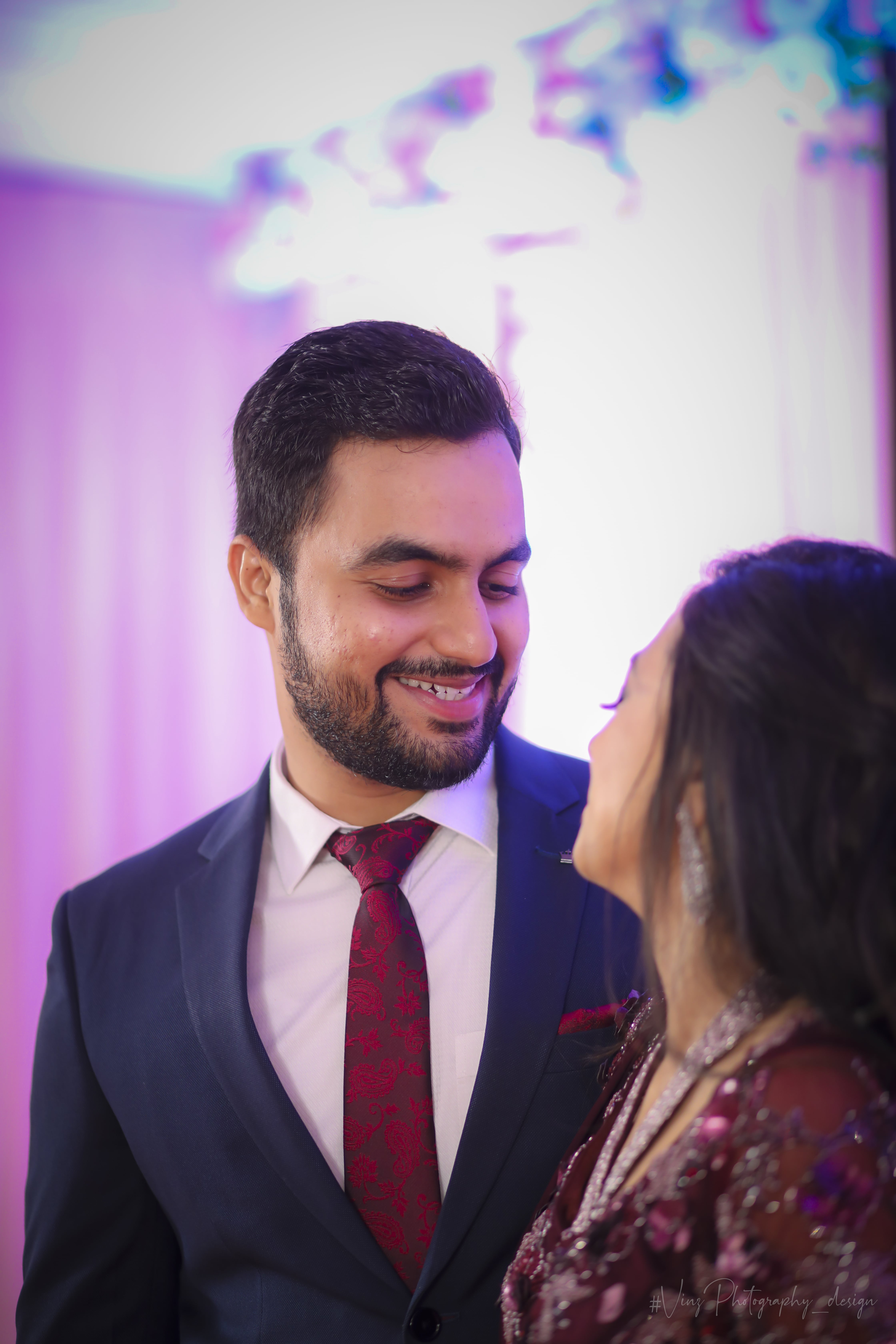 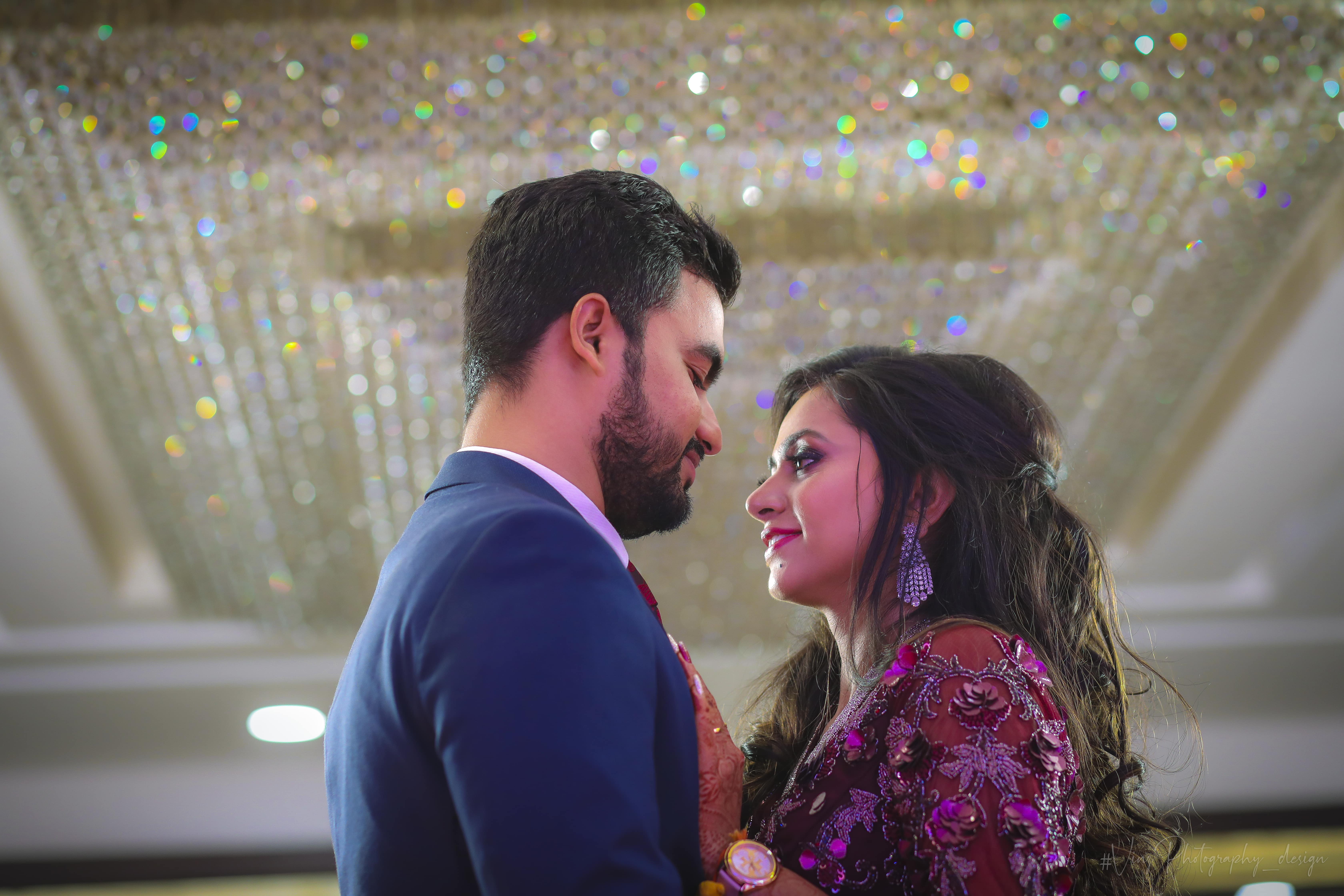 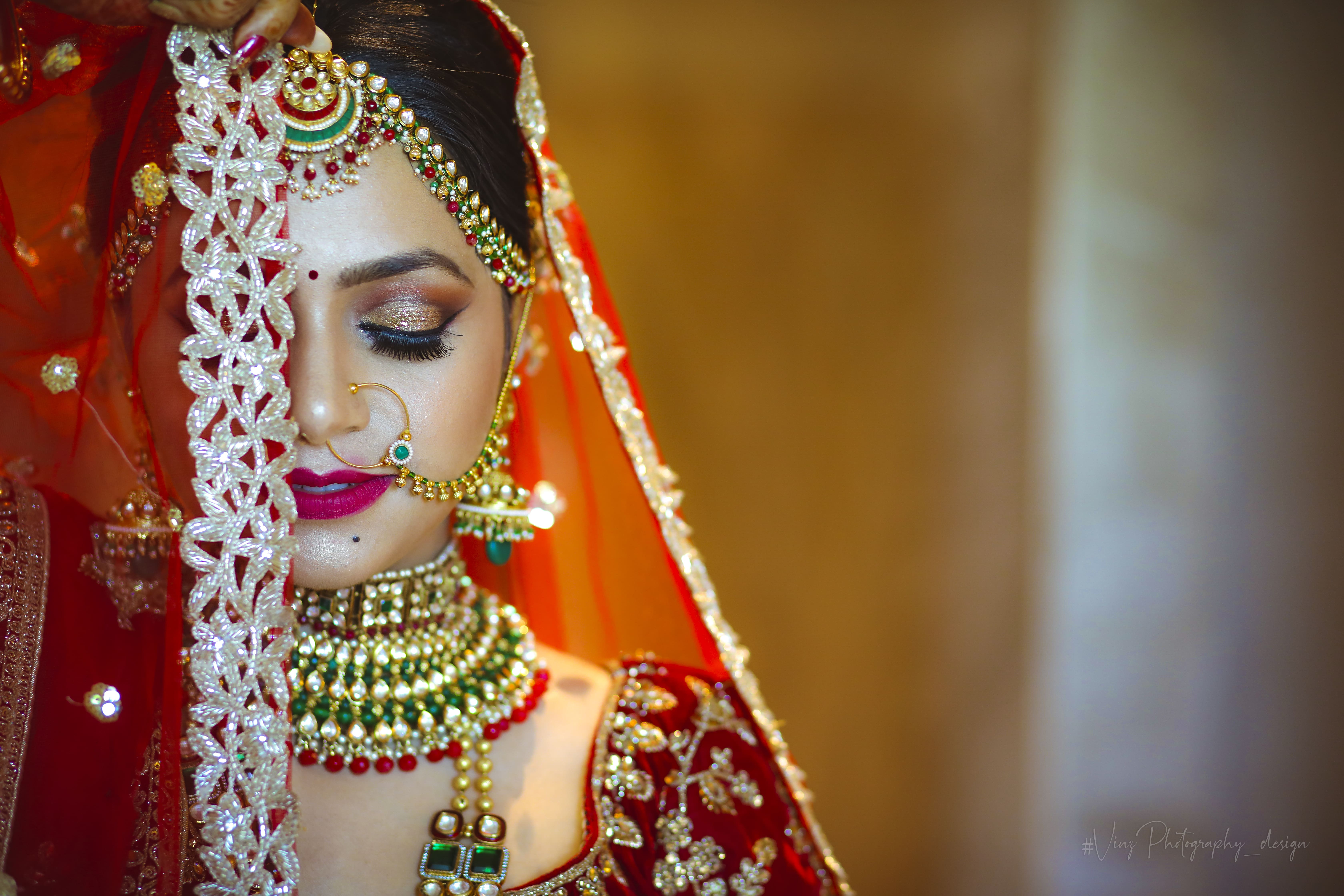 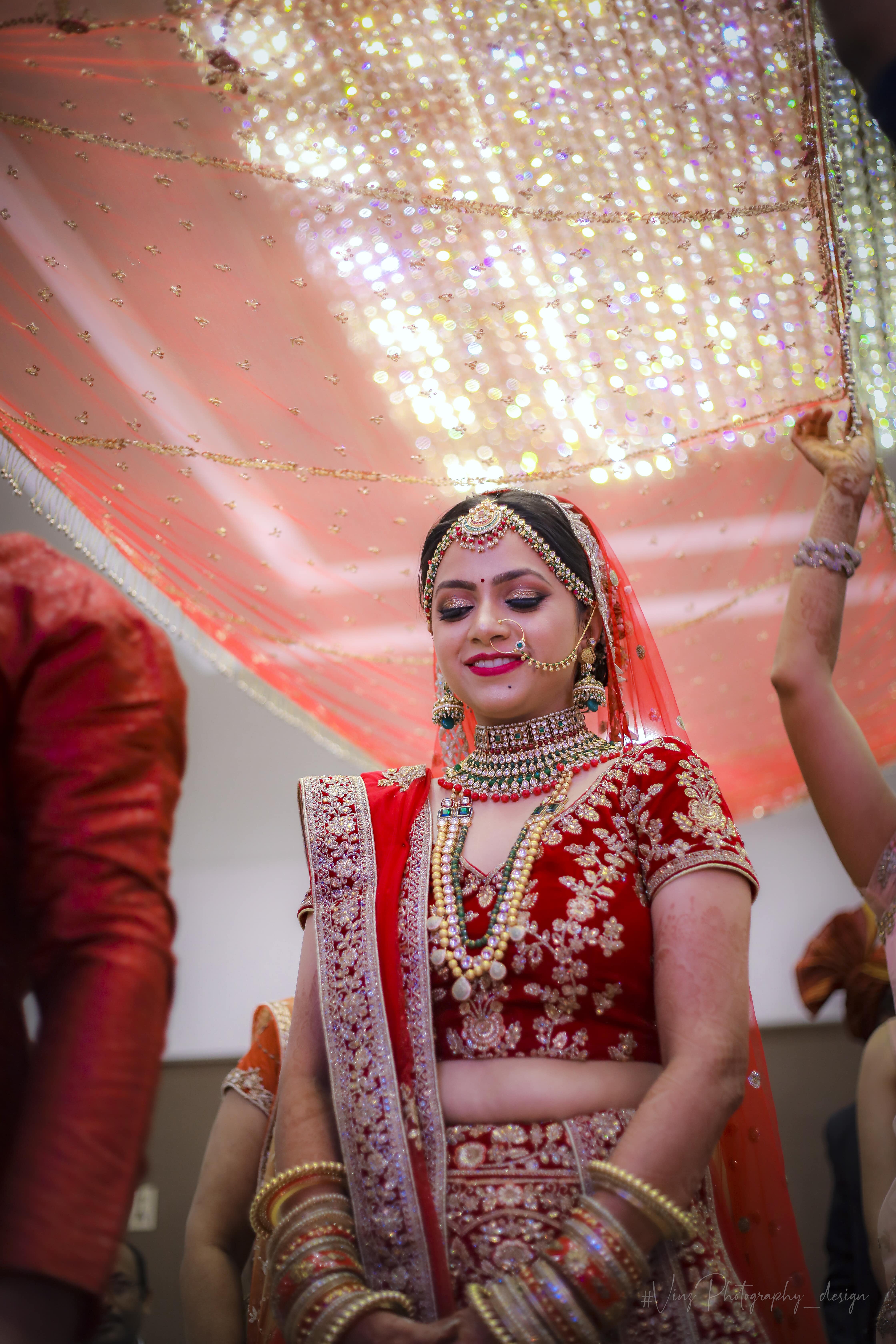 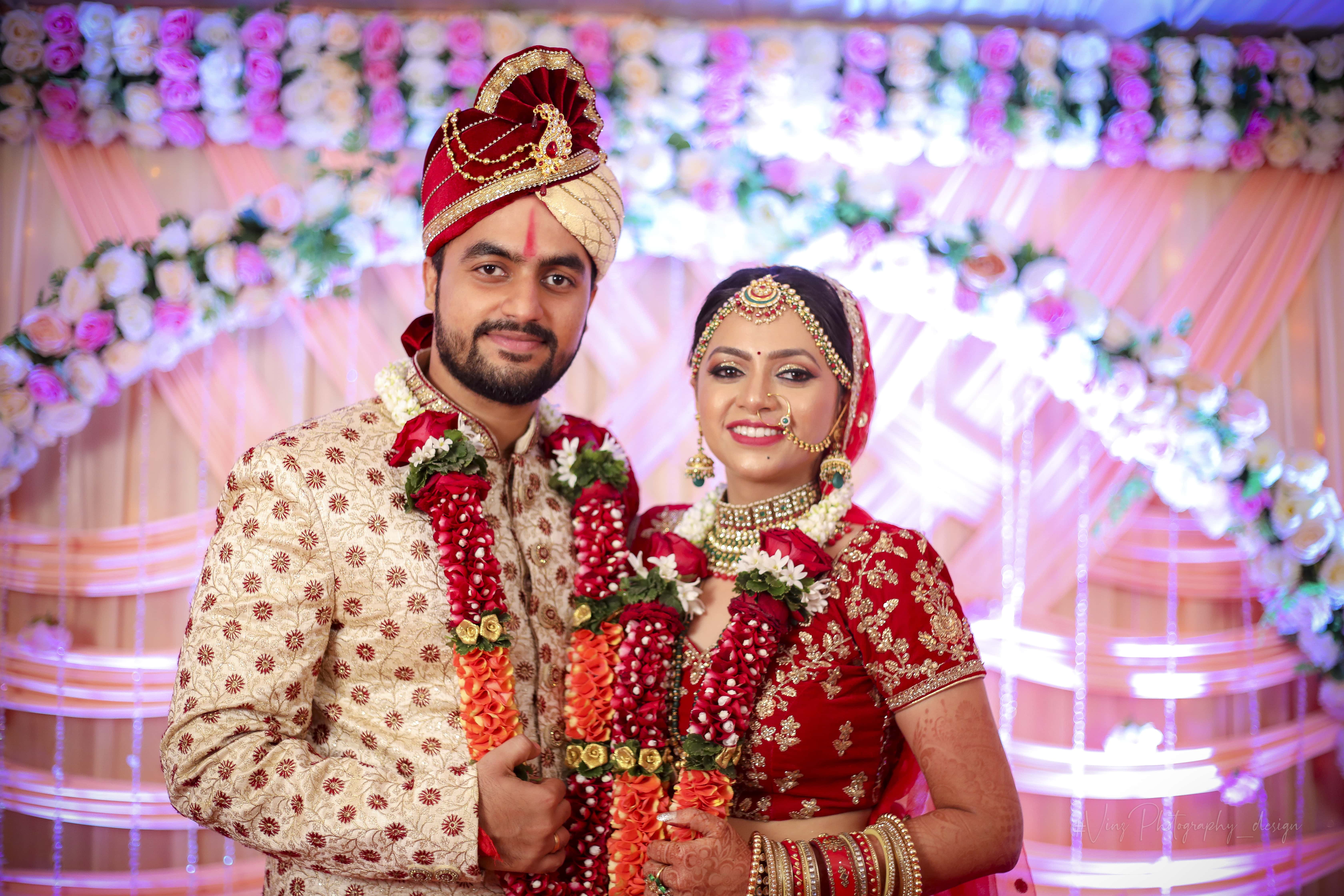 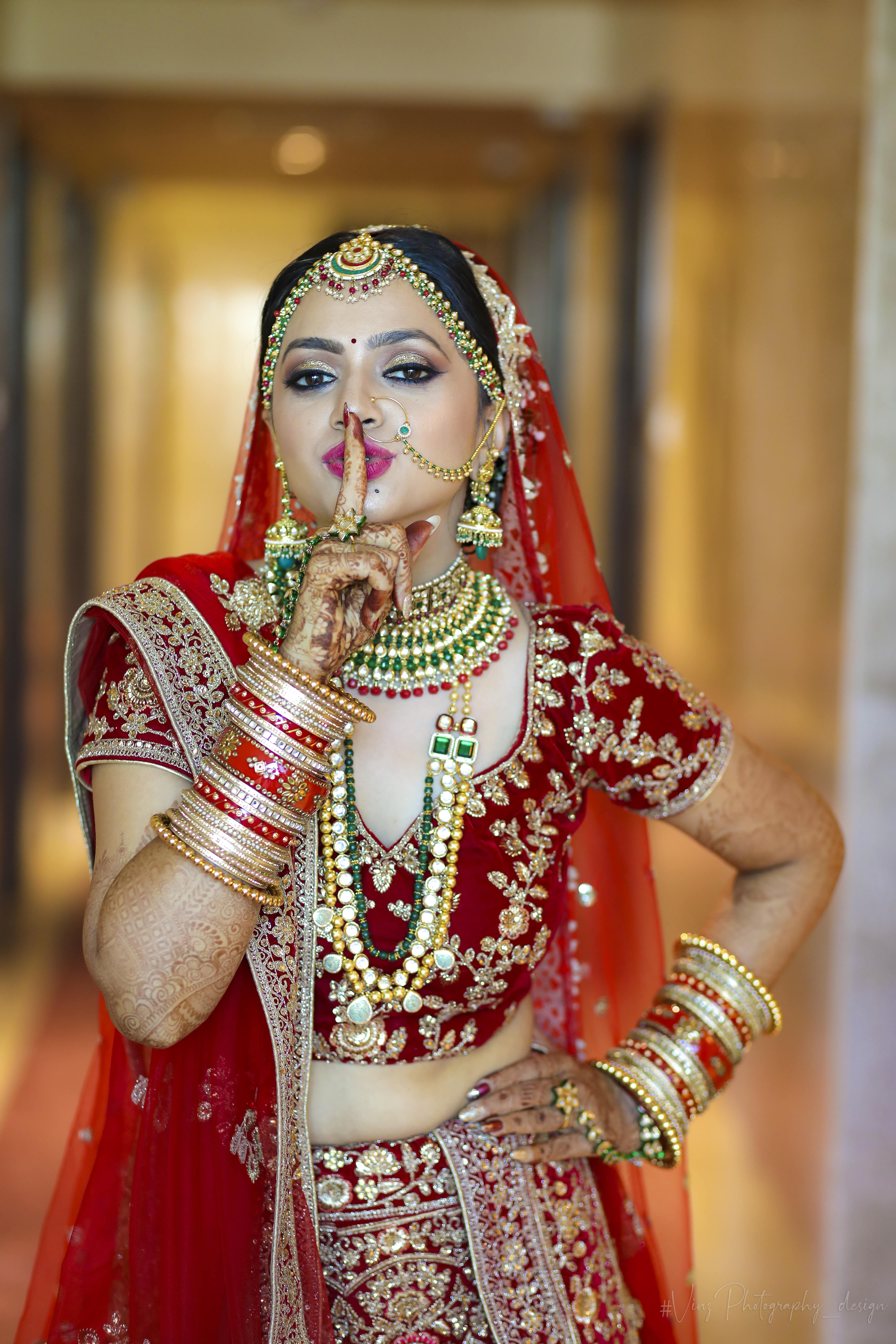