Siddharth & Akansha Delhi : The wedding had tons of fun moments as well as love-filled ones!

Akansha and Sidharth started their South-Indian wedding celebration with a Sangeet night that was just off the charts. The amount of drama, dhamaka and naach-gaana at this fun night is practically palpable. Akansha dressed herself in a rich blue silk lehenga with gorgeous gold embroidery which she paired with a sheer dupatta with a matching border. Sidharth wore a kurta ensemble that complimented the choice of his better half.
The wedding that followed took place at Jaypee Palace and Hotel Convention had the bride looking stunning in a red Kanjeevaram with a heavy gold border. Hats off to make-up artist Gunjan Mongia who worked Akansha’s subtle look to perfection. She topped off her look with minimal gold jewellery. The groom, according to custom was dressed in all-white with hints of gold. The wedding had tons of fun moments as well as love-filled ones that were beautifully captured by Ananya Rijhwani and Ujjwal Vanvari. 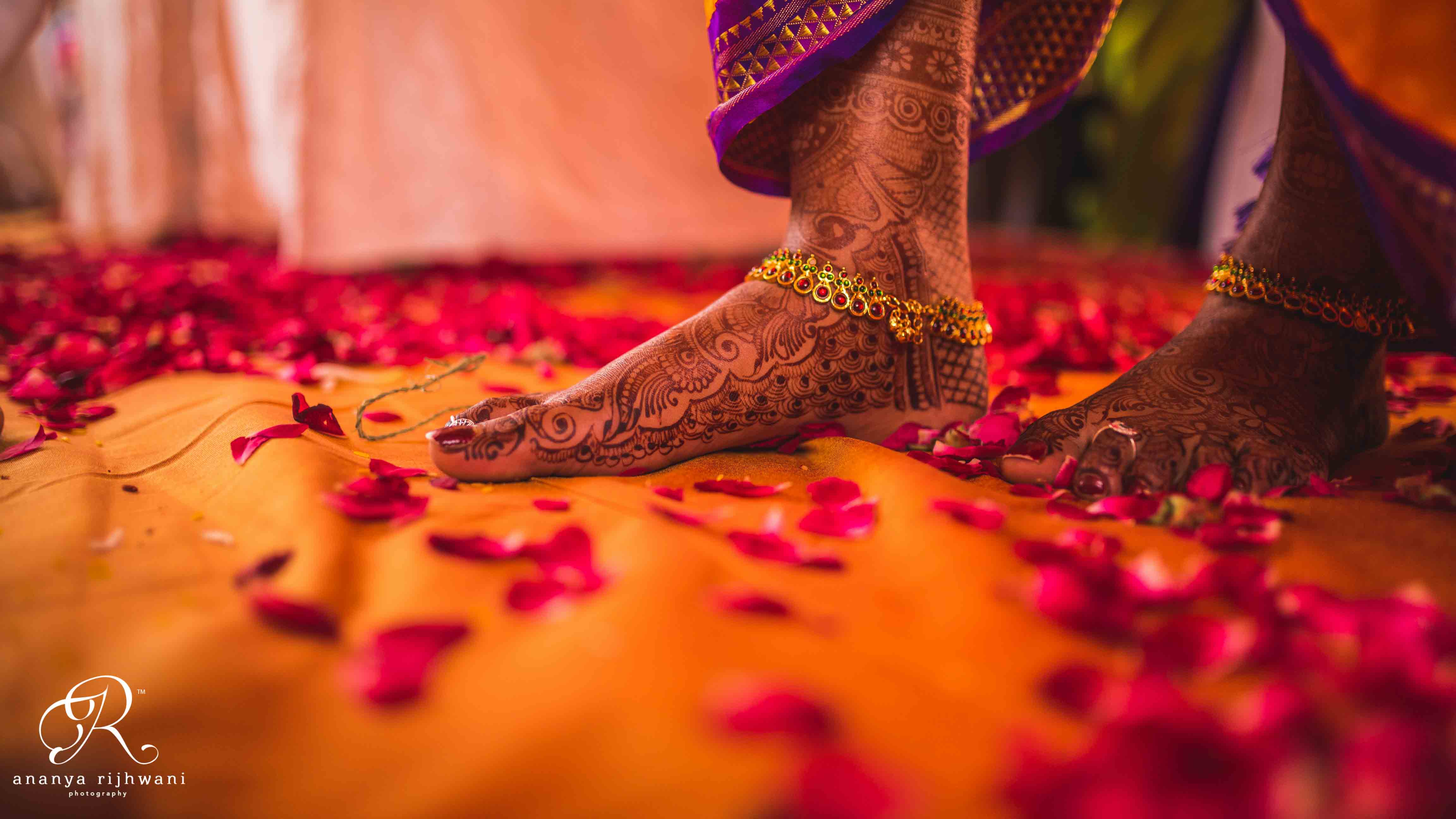 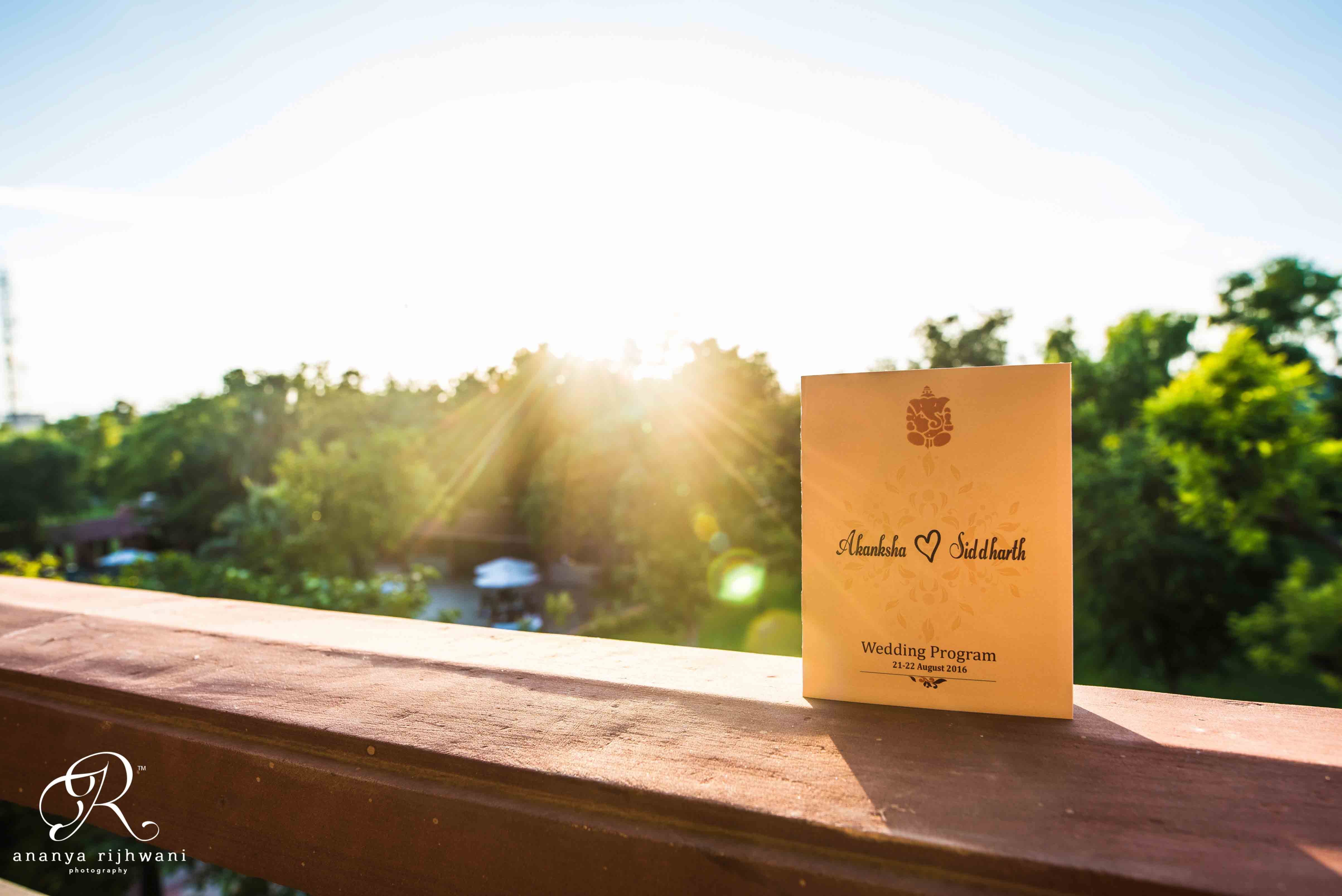 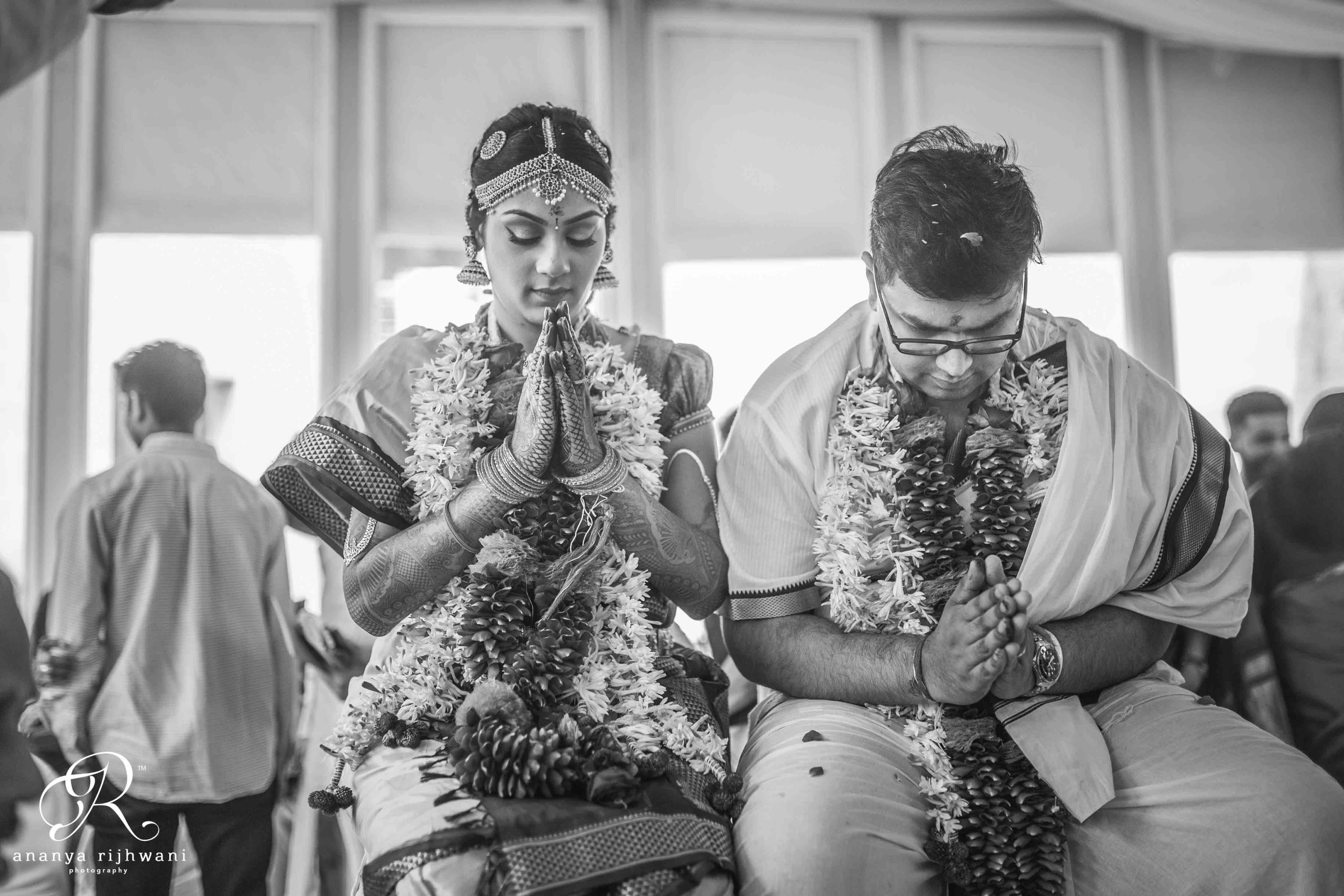 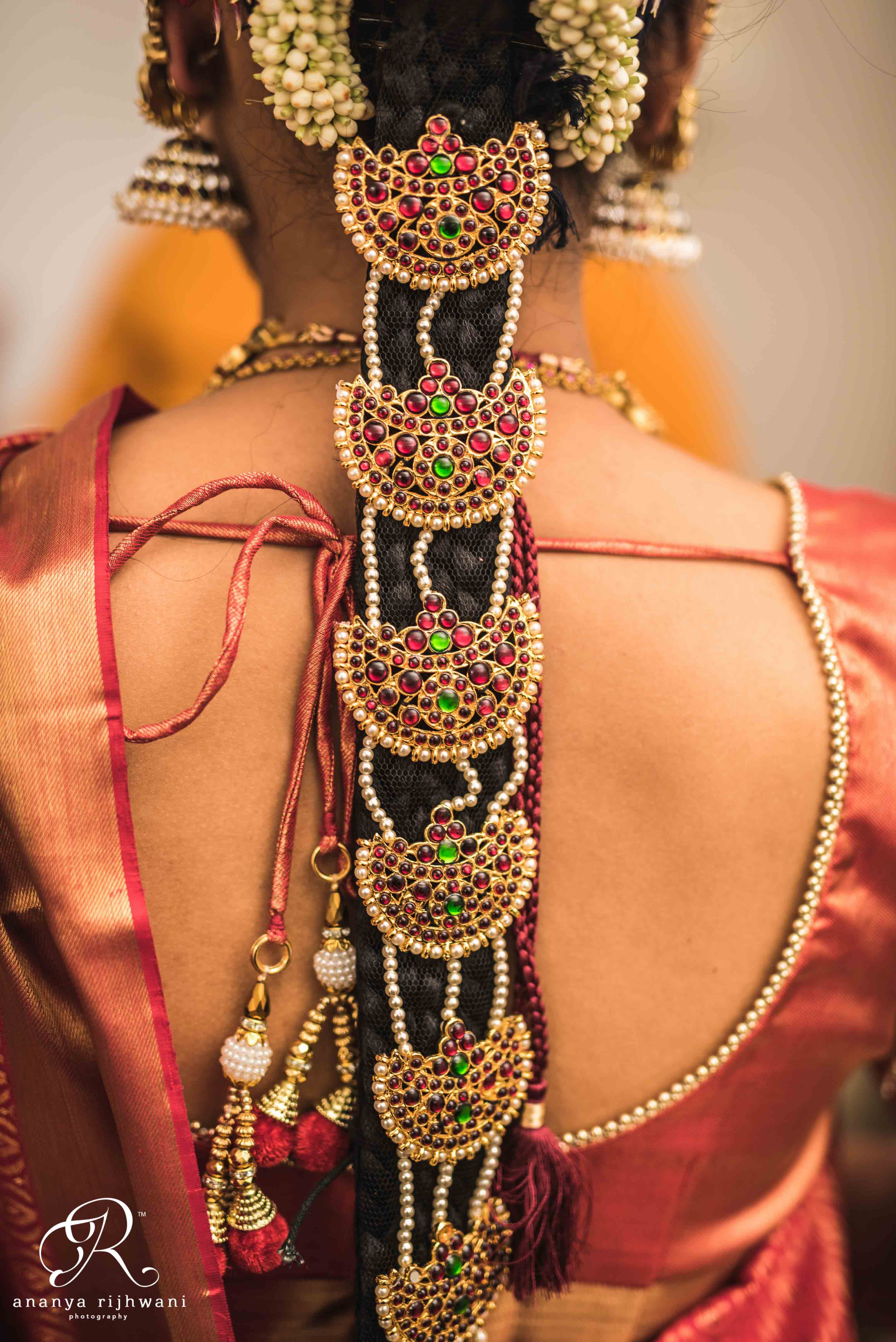