Organized in Divan Center, a lush open-air ground situated in Jogeshwari- Mumbai, Humera and Wasim’s wedding was celebrated for two days. The first day of the wedding was their Nikaah followed by the grand feast called Walima, that marks the celebration of the bride coming to the family.

Days before the marriage, Humera began strolling the bylanes of Town’s Kalbadevi and Bhuleshwar area in the search of her wedding lehenga. She finally came across an outfit from Sai Vanchan, a bridal outfit store located in Town’s Old Hanuman Galli. She wore this off -white and red lehenga during the Walima, made up of silk in the first layer, net on the other and diamond and sequin work done throughout the outfit. Wasim wanted a very subtle look and hence opted for a cream shervani that was paired with a red chudidaar and an embroidered duppatta. He brought his elegant side on by wearing a black blazer with a sexy black tie at the reception.

The thought of leaving her family and embracing a new one, gave Humera mixed feelings during the Bidaai. But as the moment got closer, she broke down into tears in the arms of her mother. His brother not only consoled her but also made her smile by cracking up a joke. This also happened to be the most memorable moment for her.

Marriage they say is a roller-coaster ride and when you see this wedding, you’ll know why. 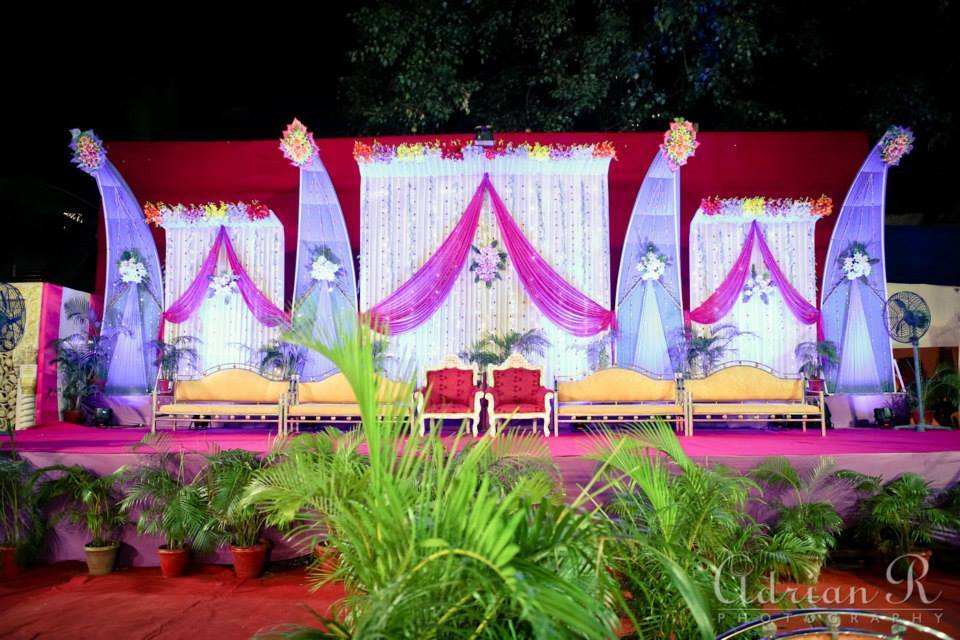 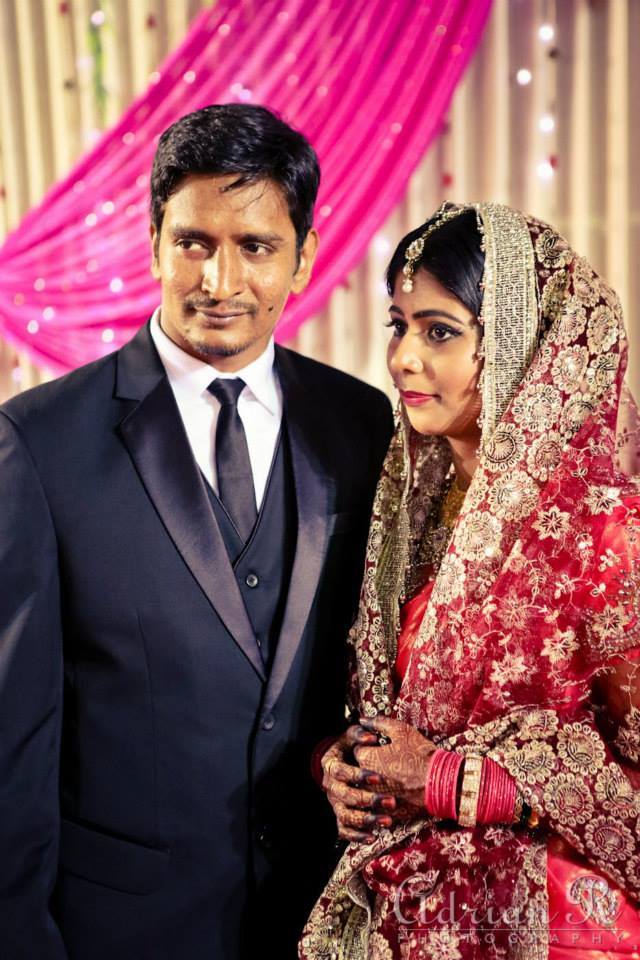 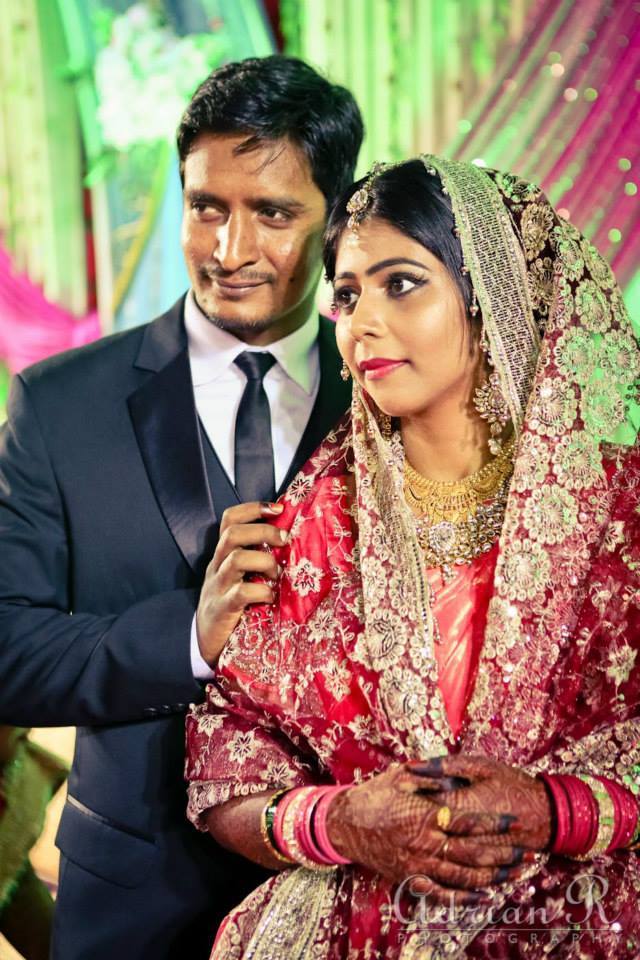 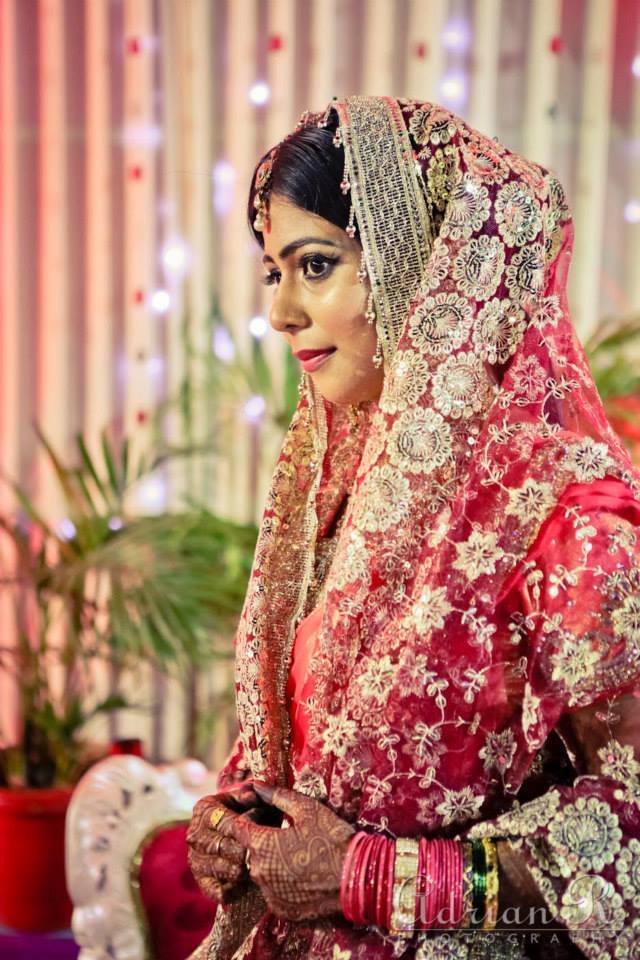 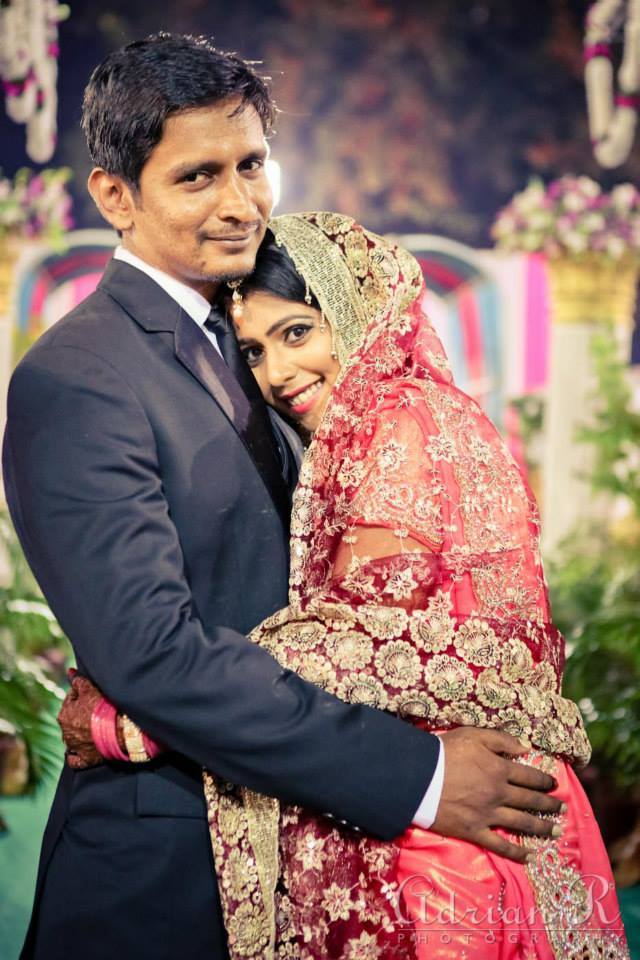 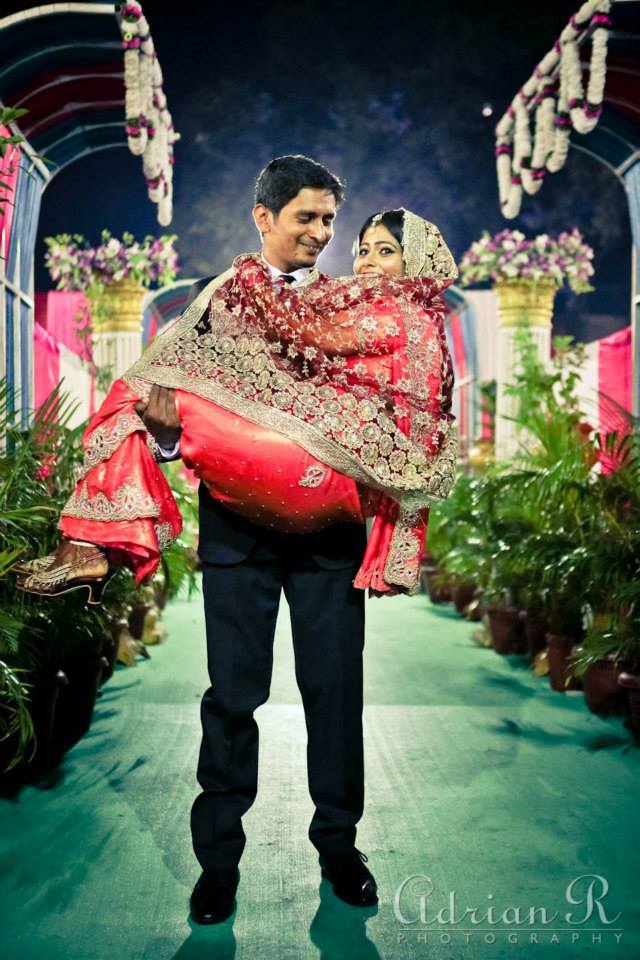 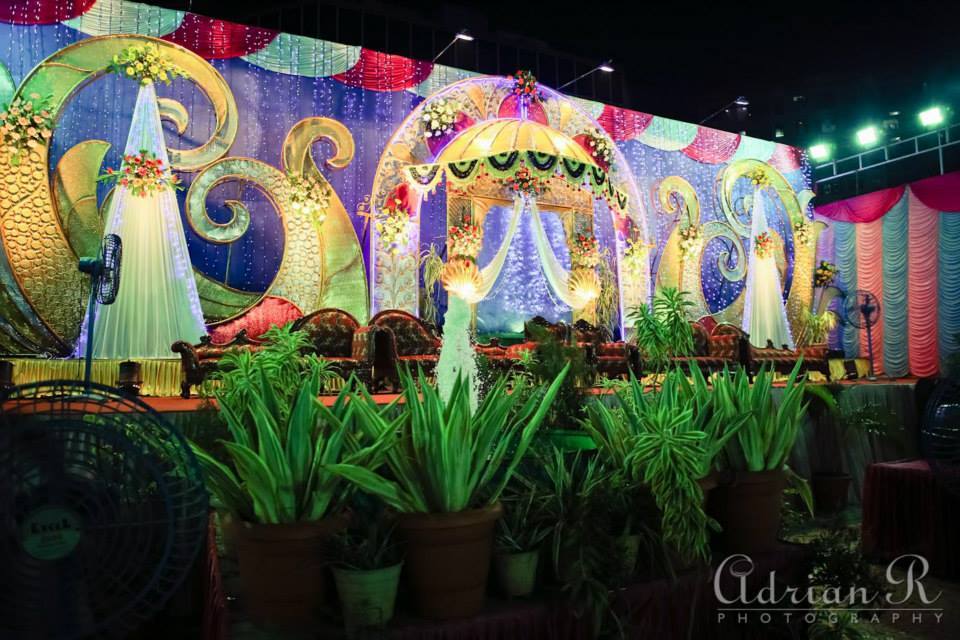 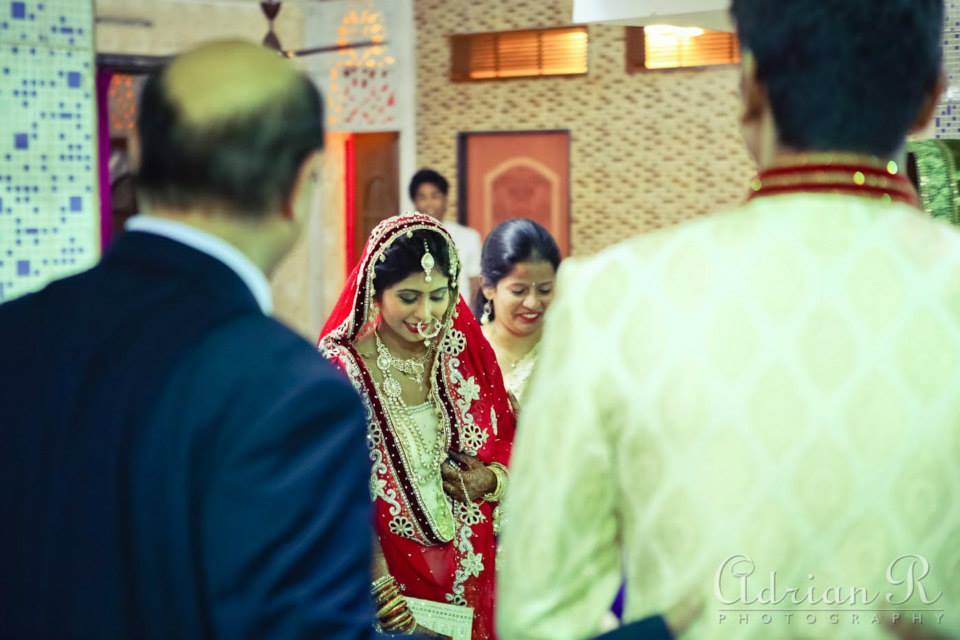 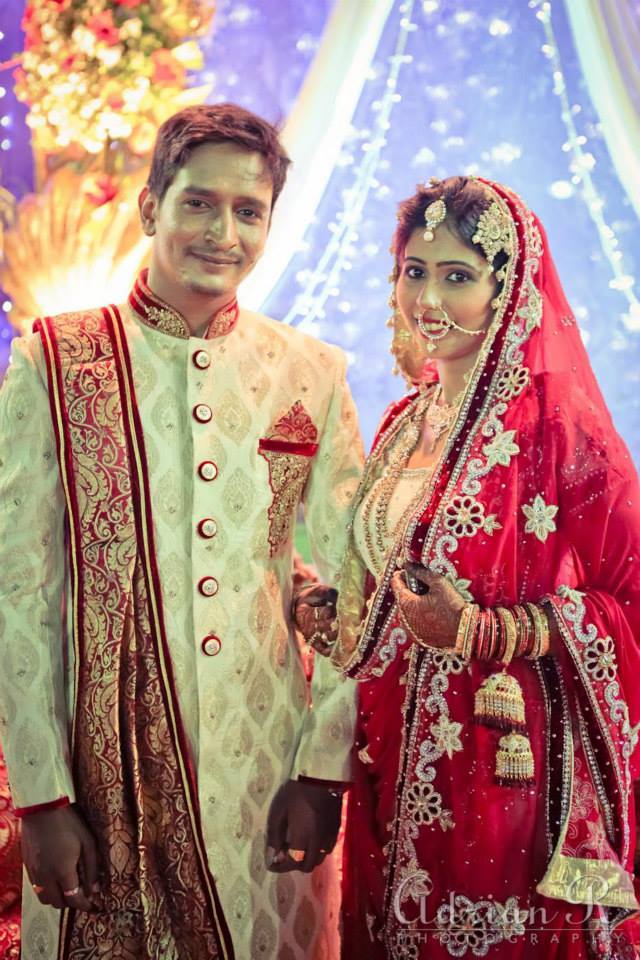 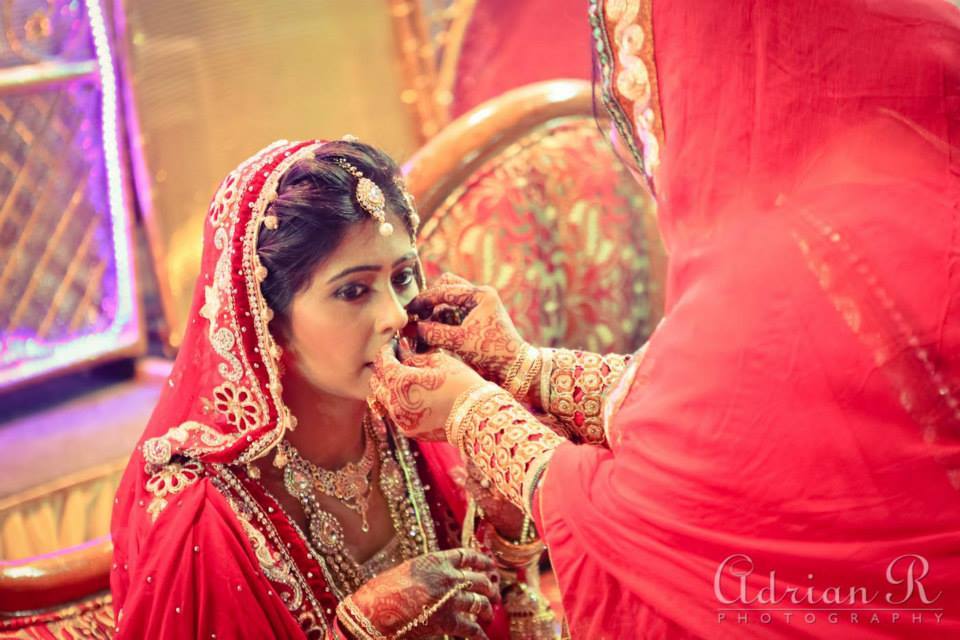 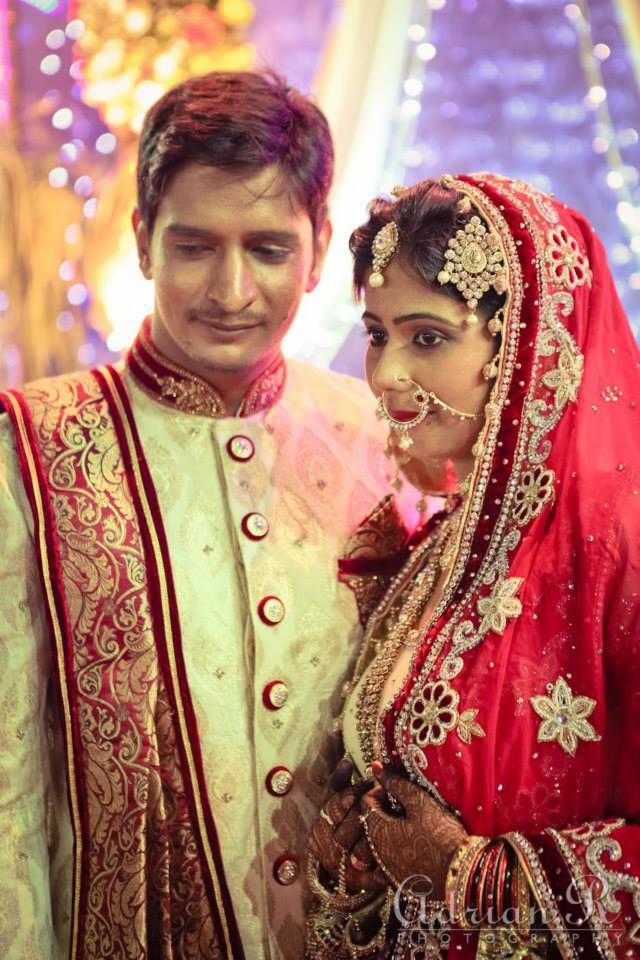 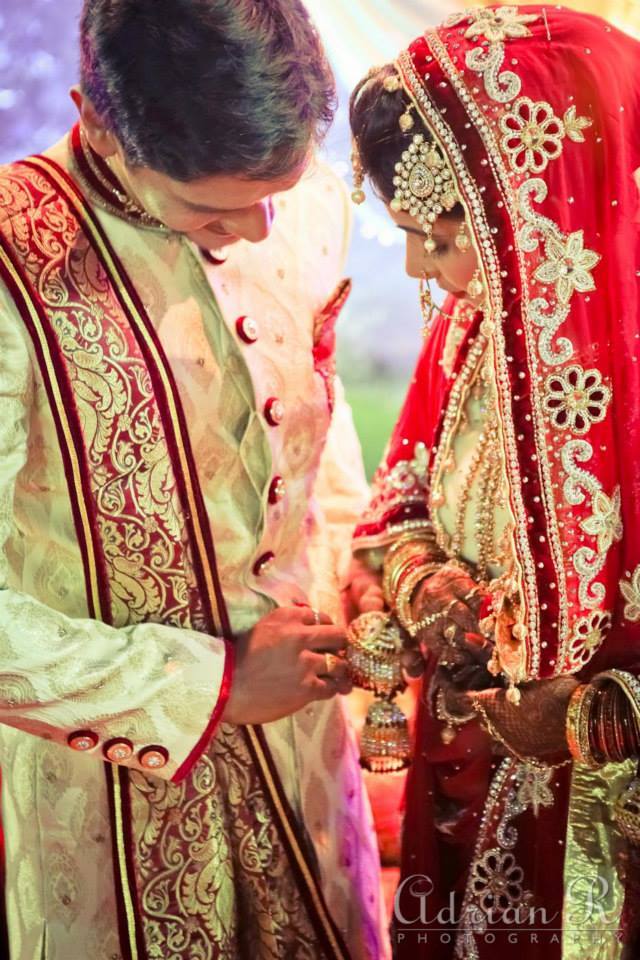 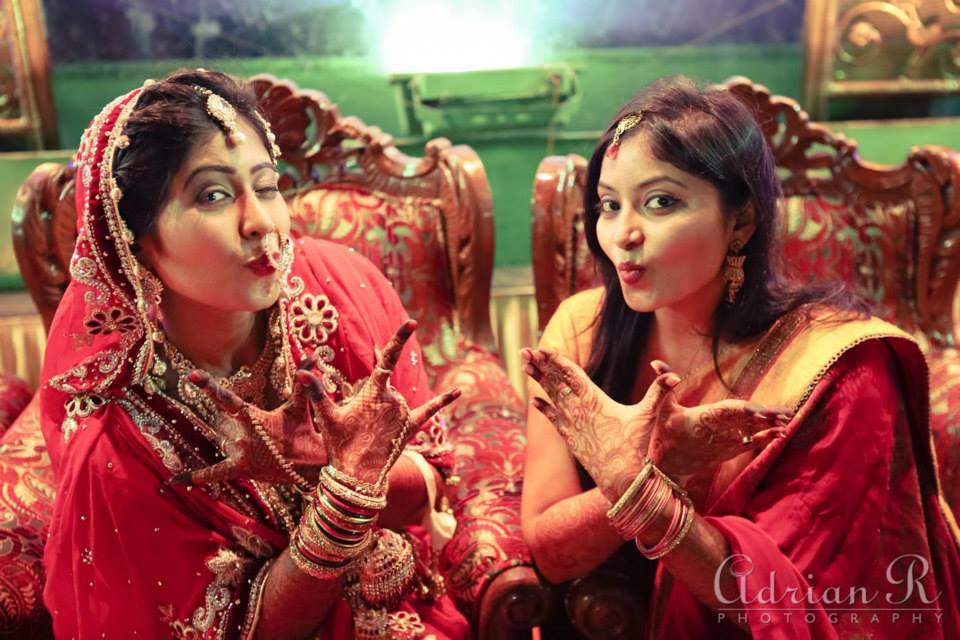 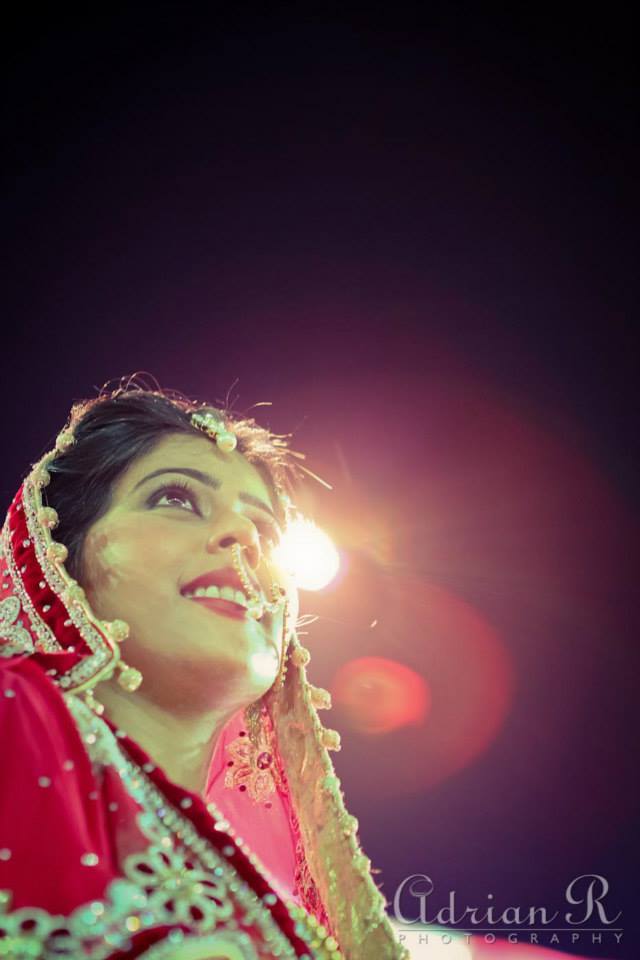 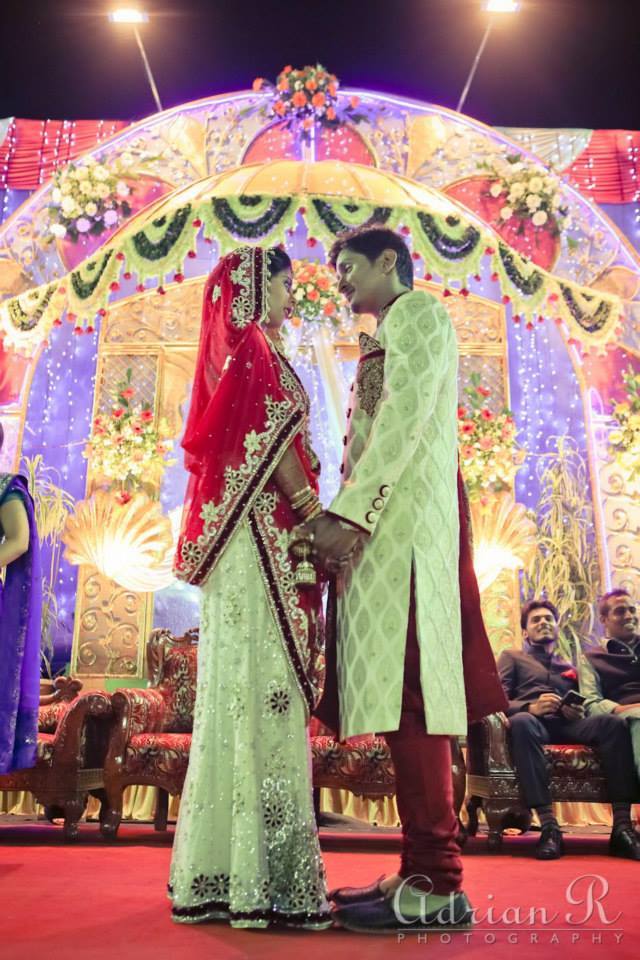 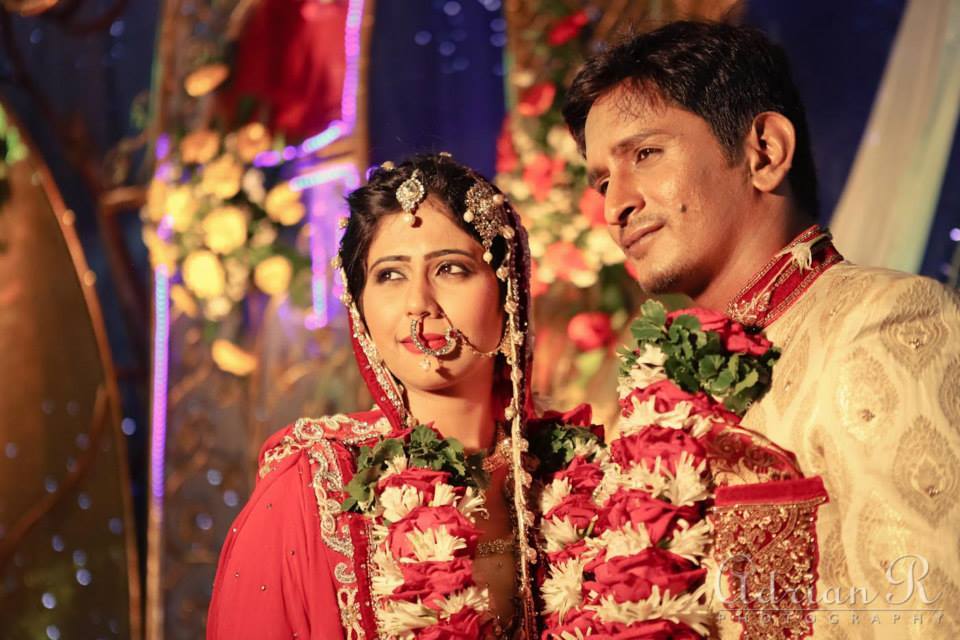 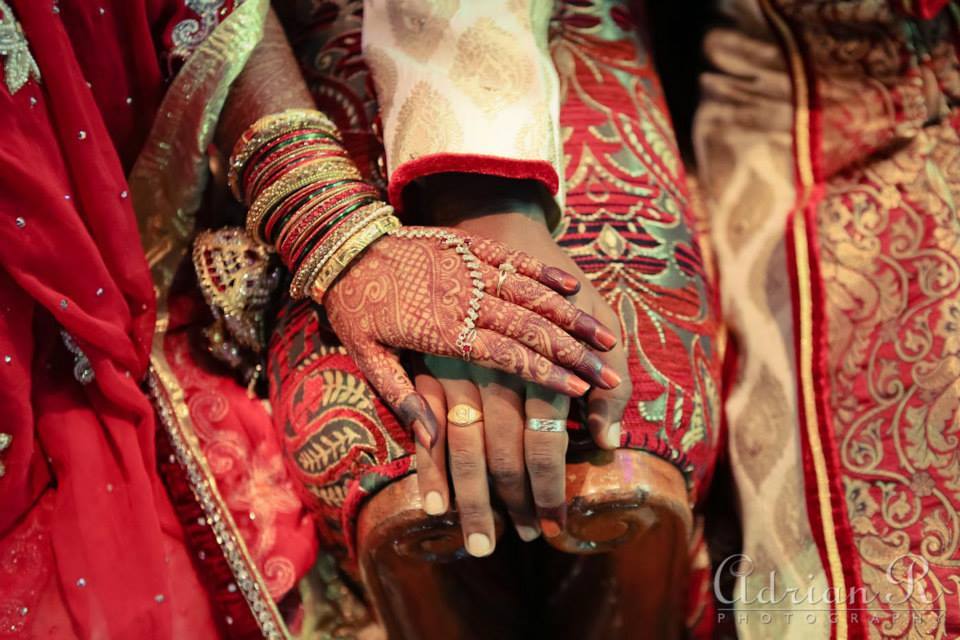 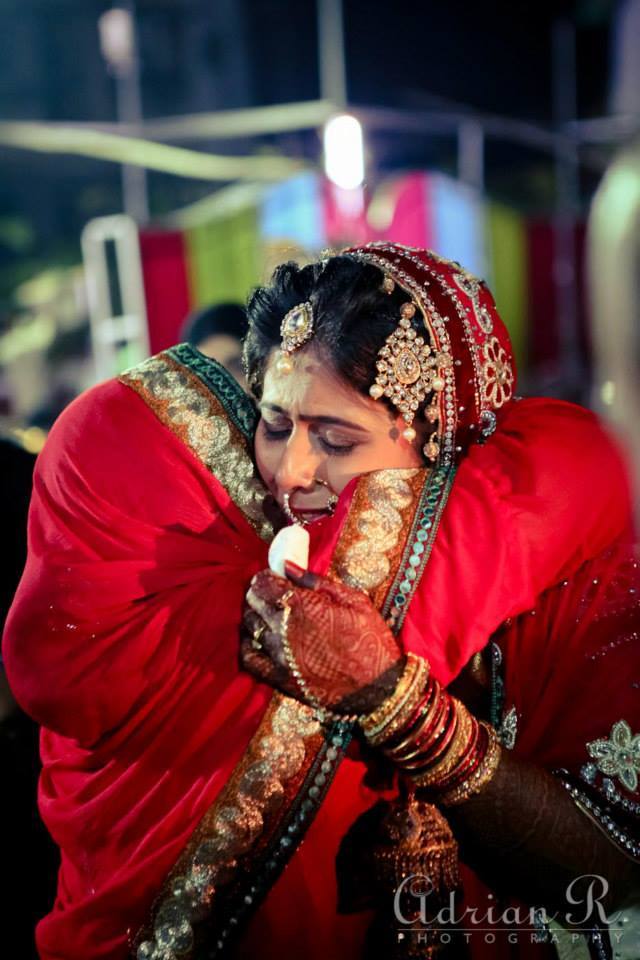 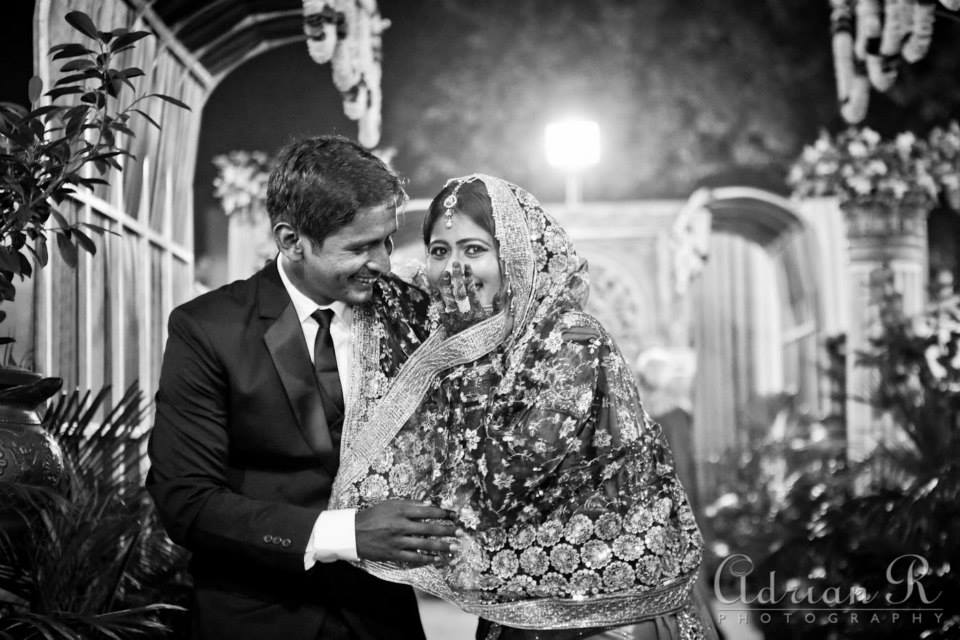 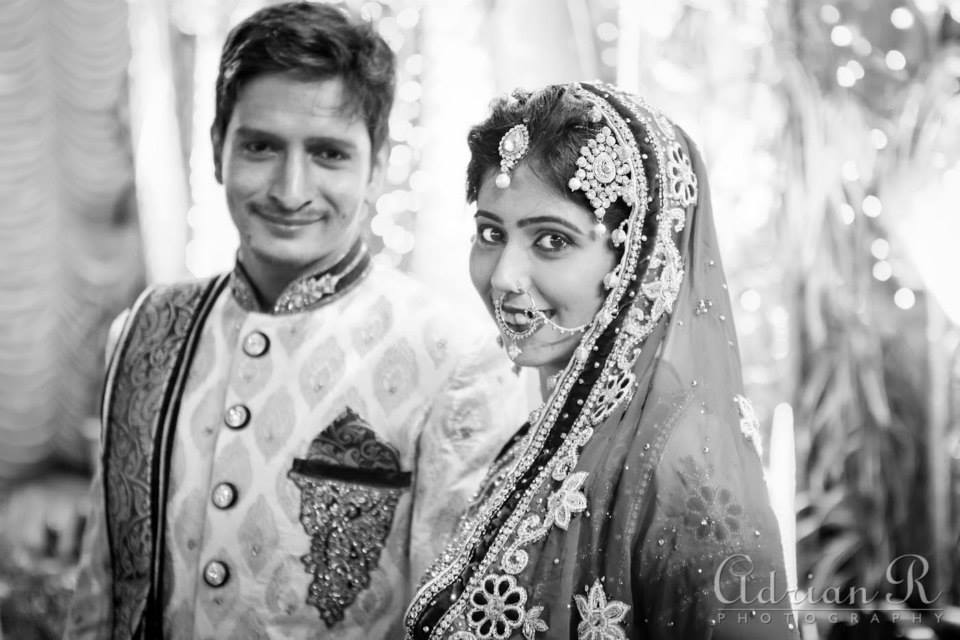