15 Interesting Wedding Myths and Beliefs Around The World 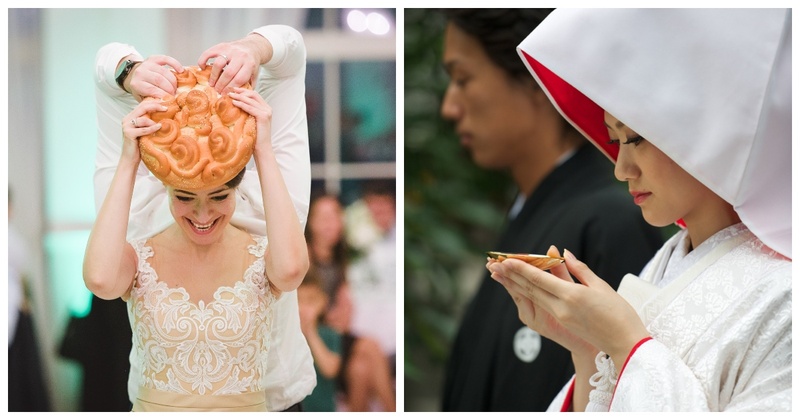 15 Interesting Wedding Myths And Beliefs Around The World

Myths and beliefs have been passed on through generations, be it culture, food or even religions. When it comes to weddings, every country has their own customs and traditions. In India, we believe that rain on your wedding day is a good omen or the fact that lending your lehenga passes on the happiness and luck to the other bride leaving you with misfortune.

Let’s take a look at 15 myths and beliefs from around the world, that form an important part of tradition. 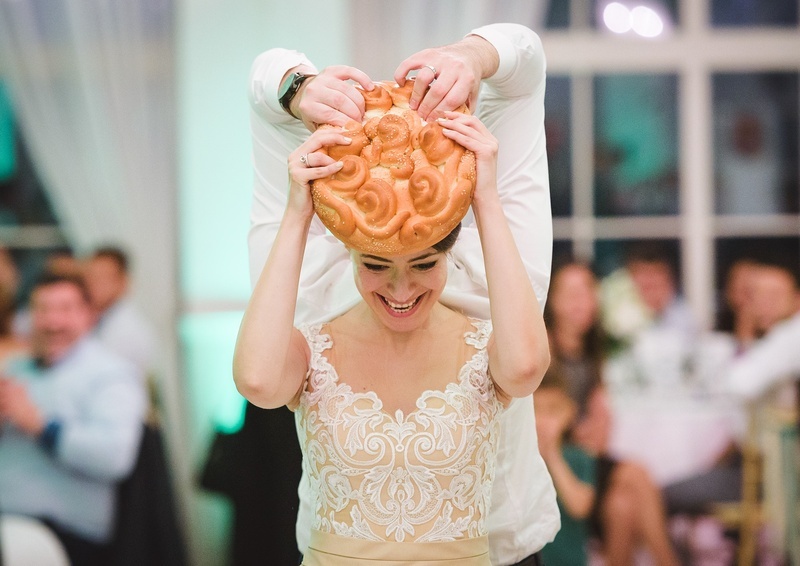 Image Source: harmony gardens
At the wedding feast, it is customary to break bread over the brides head. The crumbs are said to bring fortune to the marriage. The tradition eventually evolved into the cutting of the cake.

2) The Bridal Veil Wards Off The Evil 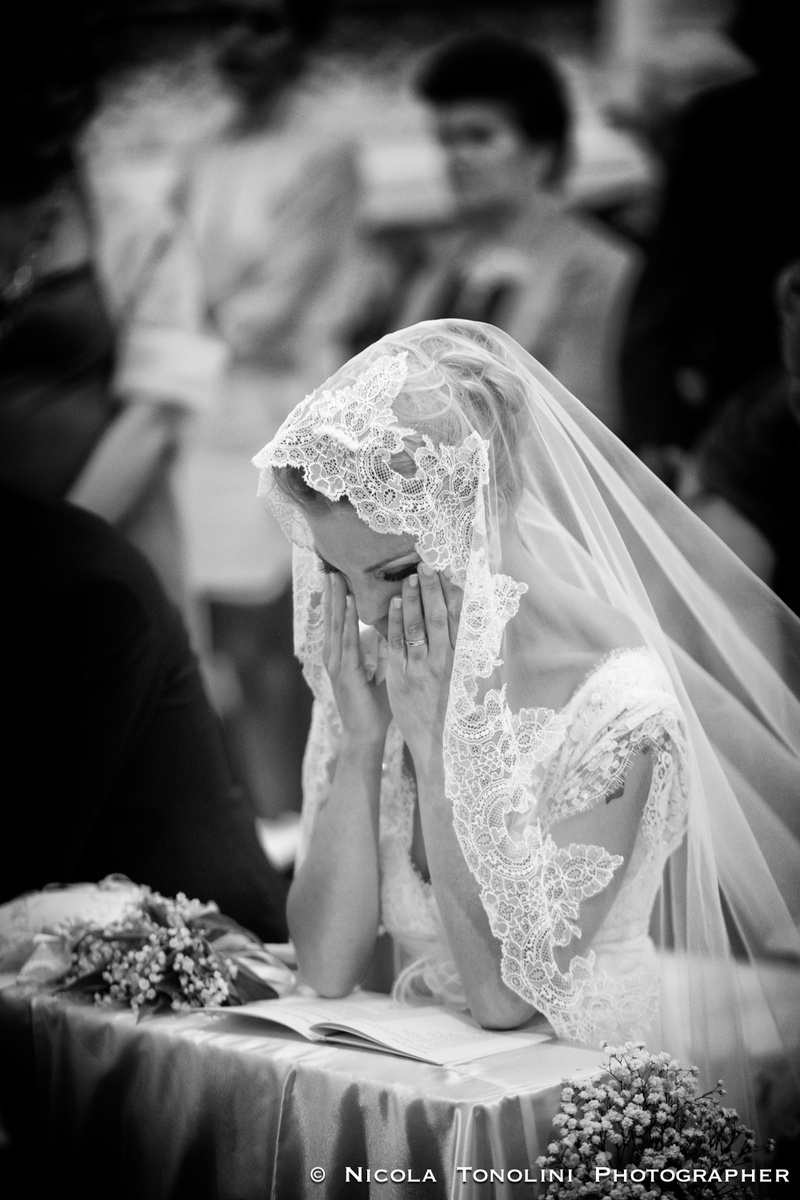 The bridal veil is a must have for any Italian bride. The reason behind the veil is to ward off evil spirits and keep the good luck intact.

3) Sips Of Sake For Good Luck 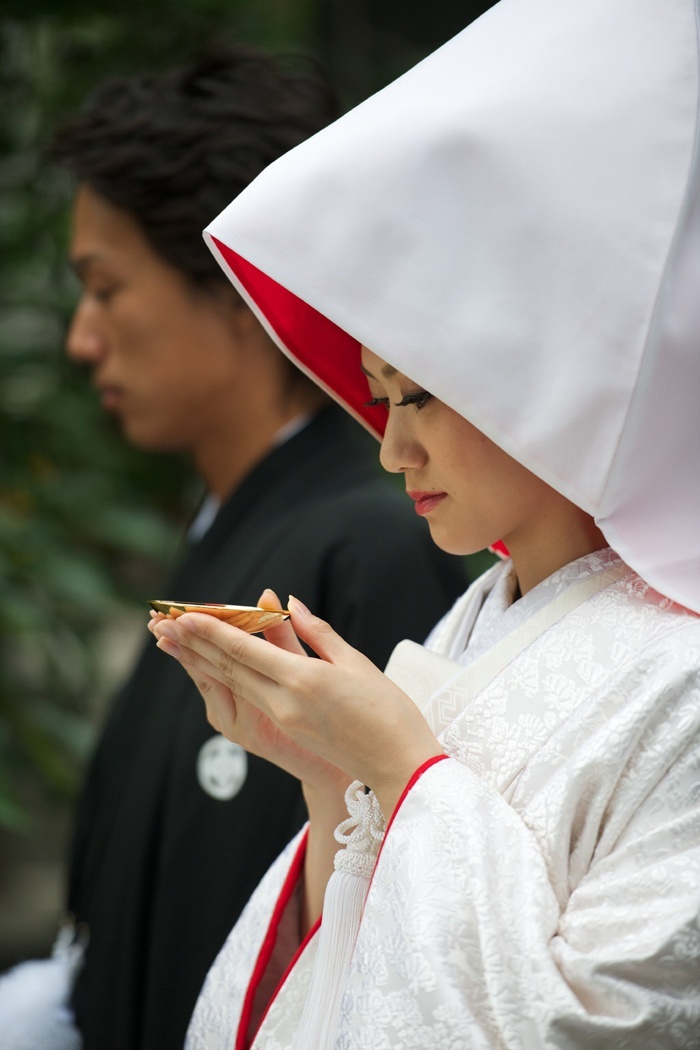 San san kudo is a sake sharing ceremony. A common belief in both Shinto and Buddhist Japanese weddings, the bride and groom take three sips of sake from three stacked cups, followed by the parents.

The first three are a representation of the three couples: the bride and groom, the bride’s parents, and the groom’s parents. The next three represent the human flaws of hatred, passion, and ignorance.

4) White And Red: Must Have Colours At A Wedding

5) Get Married On A Wednesday 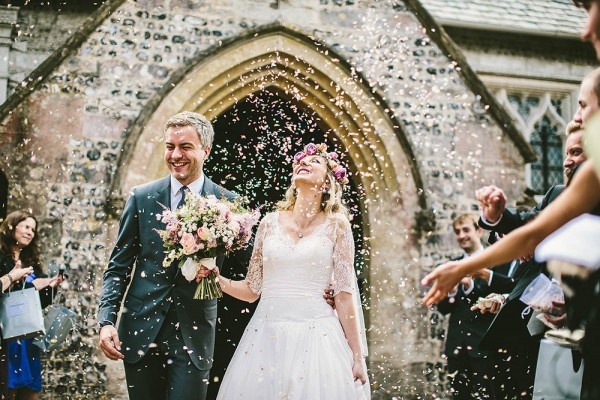 English traditions believe that Wednesday is the “best day” to marry, though Monday signifies wealth and Tuesday is for good health.

6) The Origins Of A Traditional Wedding Proposal 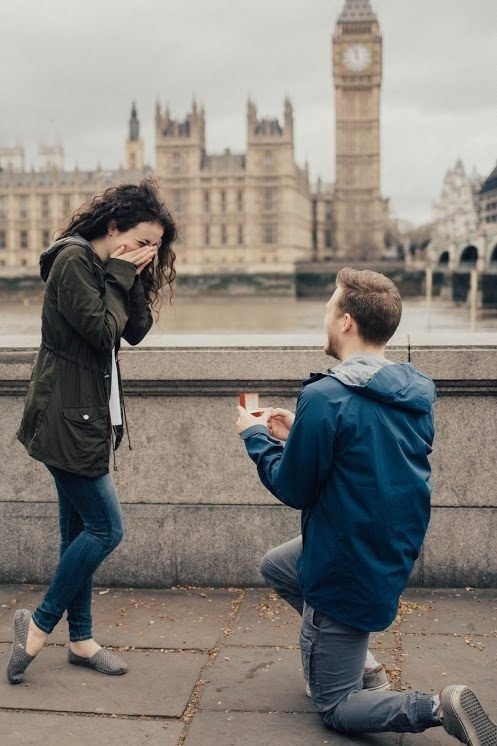 In the Middle Ages, men would bend down in front of the women they adored. A tradition that still holds dear to many around the world is even spotted in religions where kneeling in front of a deity signifies loyalty and devotion.

7) Do Not Get Married During The Time Of Lent

Lent is a season of fasting and penance in any Christian family. It is thus considered a bad omen to get married during lent.

8) Sweeten Your Marriage With A Cube Of Sugar 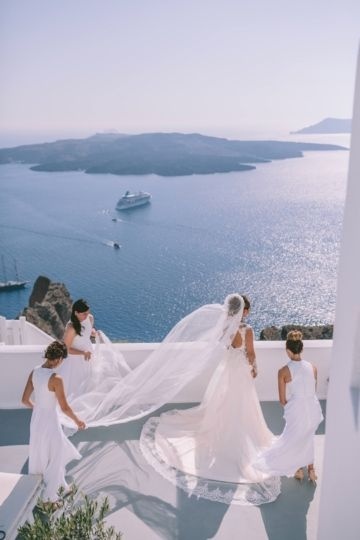 In greek traditions, brides tuck a cube of sugar into their wedding gloves for good luck.

9) Pick Your Bridal Entourage In Sets Of Odd Numbers 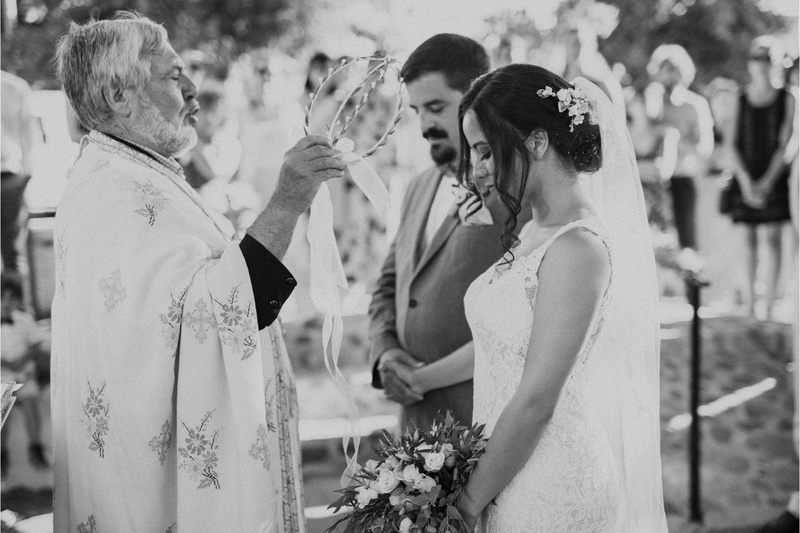 The Bridal entourage in Greece are picked in sets of odd numbers – three, five and seven. They believe this brings good luck.

10) A Gold Coin For A Prosperous Marriage Most brides also put a gold coin in their shoes, again for good luck.

11) Singing To The Love Of Your Life 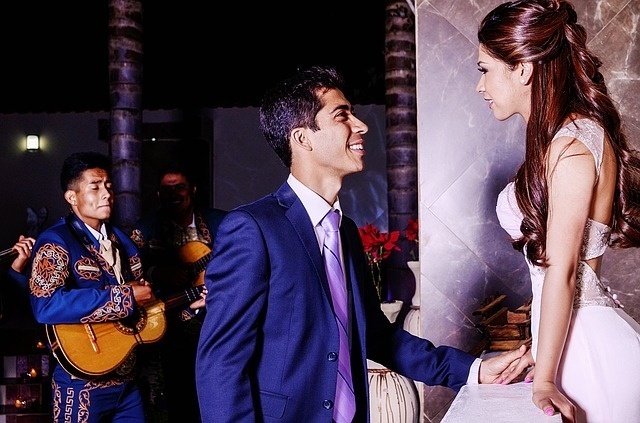 Ever dreamed of your prince in shining armour singing for you below your window. In columbia, a traditional serenade from the groom to his fiance marks the start of the wedding festivities.

12) The Lucky Shoe Is Next In Line To Be Married 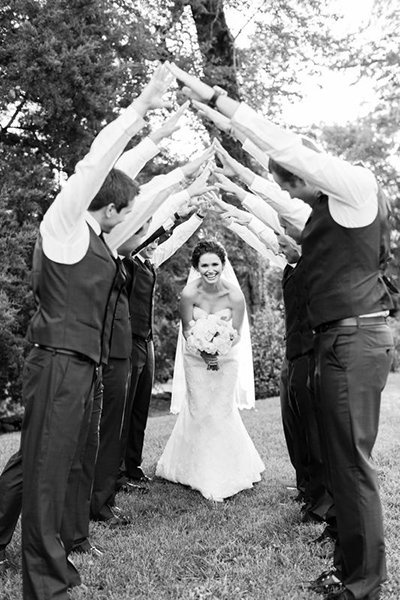 Much like the garter throw at a traditional catholic wedding, Columbian men put a single shoe under the brides gown. The one she picks is the next in line to be married. 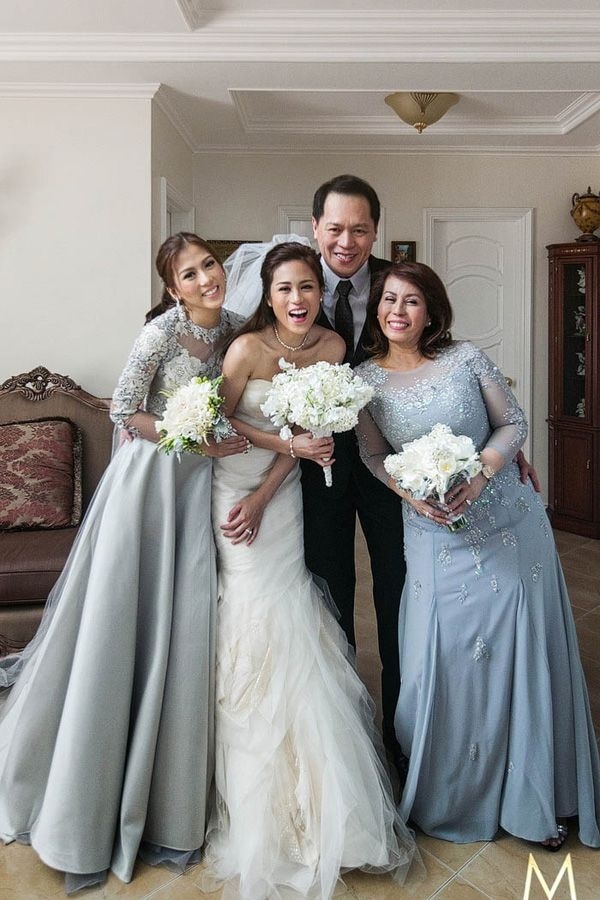 It is considered bad luck for siblings to get married in the same year. To add to the bad luck, postponing your wedding as well is said to bring bad omen.

14) There Shall Be Showers Of Blessings 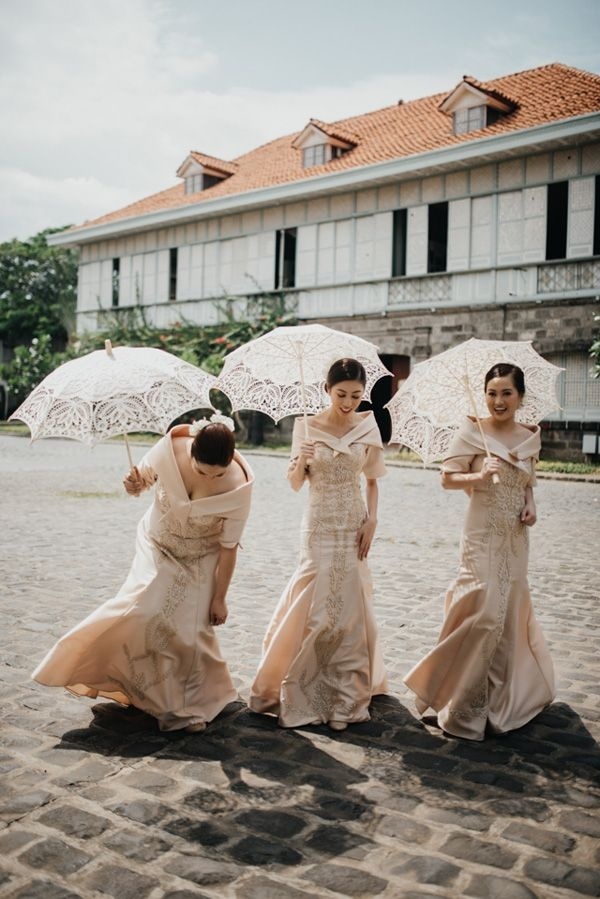 Much like Indian weddings, rain on your wedding day is the heavens showering blessings on the bride and groom.

15) A Ransom Or You Will Have No Bride 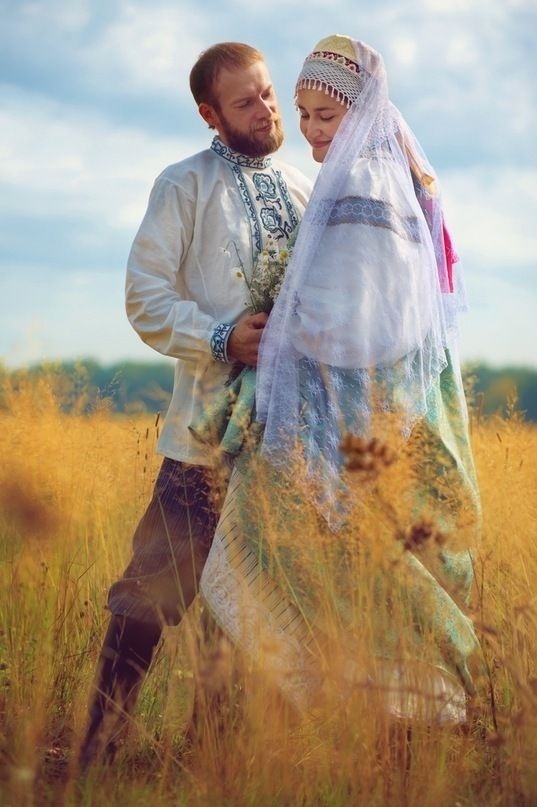 If you are invited to a wedding in Russia, don’t be alarmed when the other guest steal the bride from the groom. This tradition is a lot of fun. The guests even demand a ransom for the bride that the groom must pay.

Traditions and beliefs add heart and culture to your wedding, making it a memorable fairytale.

Dear Baraatis, its 'High Time' You Get Your Act Together! The wedding season is almost upon us. Which means we get to witness stunning brides dressed in drop-dead gorgeous lehengas, the... Aug. 28, 2019 This Viral Video of Sikh Men Dancing is a Gem! Punjabis and Sikhs are hands down the best people ever. I tried not to sound biased but I can’t help it! Even Bollywood seems t... Aug. 28, 2019 8 Contemporary Mangalsutra Designs  The mangalsutra, often known as a “suhaag ki nishani” is an indispensable part of a bride. It is considered as a marital symbo... Aug. 28, 2019 Decoding the Indian Christian Wedding: Fun Rituals You Should Know   When you think of a Christian wedding – you instantly picture a gorgeous white gown, floral decoration at the church, and cut... June 19, 2019 An A-Z guide on Muslim wedding rituals for all the Muslim brides and grooms out there! There is no denying the fact that Muslim weddings are one of the most scintilliating weddings ever. They are colourful with a d... May 8, 2019