7 Wedding Games that will entertain your guests to the fullest! Indian weddings are no less than mini festivals. It’s a pompous but a long ordeal. Can you imagine how boring it can become for the guests? These lovely people attend your wedding, bear you gifts and even bless you! On behalf of the Guests Community, I an honourable, permanent member of the group would like to tell y’all that we need tell you guys something. We want entertainment! Not only in the form of dance performances by the family members, but also in the form of games! And if you are clueless about the kind of games that you can make your guests can play, just scroll down, honey!

Ah, the good old karaoke! Put some good old songs, make oldies sing their hearts out! If you want to make it extra Bollywood, make partners dedicate songs to each other!

This game is as cute as the name! Chubby bunny includes stuffing your mouth with marshmallows or anything soft- I suggest rasgullas and try to say really tough phrases. You think it is easy, but it is incredibly difficult to speak when your mouth is stuffed to the brim! It’s a laughter riot! Beer pong is my absolute favourite! It doesn’t need any introduction, but here is how you play it- form a pyramid of beer and assemble the team. The teams just have to throw the ping pong balls in the opposite team’s cups. They have to drink it once the ball goes in! I used to love it when it was my turn to drink the beer! 😛 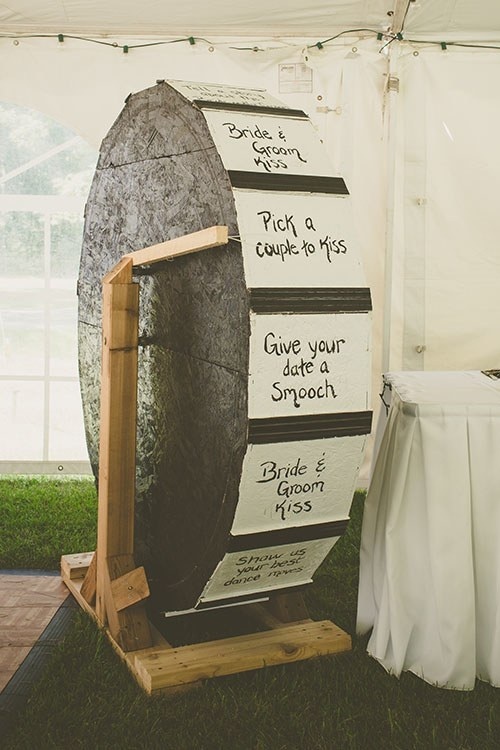 You can create a custom wheel of activities or mini-dares of sorts that can be spun throughout the cocktail party/mehendi ceremony. It’s a fun tweak to spin the bottle! “A wife knows her husband better than the husband knows his wife.” I’ve heard this saying at every wedding that I’ve attended. Well, here is a game that will refute this saying! Ask wives and girlfriends present at the wedding and ask them to place a few things of theirs on the table. Then ask their partners to identify their belongings by saying “That’s my wife!” Yeah, I know tardy marriage jokes will follow but sanu ki? The ultimate game that will settle the war between the ladkewale and ladkiwale. Hand them a rope and your done! Probably the only thing that will not cost you a bomb at the wedding! This seems very amateur but it is loads of fun! While everybody is dancing suddenly scream “freeze!” Everybody has to stop in the same position that they were dancing. The one who can hold their position for the longest, wins! It results in hilarious photos!

Games are not meant only for children!

10 Unique Guest Book Design Ideas for your Wedding The wedding function is almost like a blink and miss, and before you know it you are hitched for life! If there is anything tha... July 31, 2019 Decoding the Funny Shoe Game at Weddings   Have you ever witnessed a couple playing the funny shoe game at their wedding?   If yes, high-five!  If no, you don’t need to... July 16, 2019 5 Ideas to make your Saath Pheras more fun & interesting!   Unlike other countries, India is well known for its wedding customs. The ‘saath pheras’ are an integral part of all the weddi... May 20, 2019 5 Ways to make your Wedding Invitation Cards Interesting & Unique! Like it or not, the invitation creates the first impression regarding your wedding. While log kya kahenge is an entirely differ... May 19, 2019 We can't stop praising this father who hosted a beautiful wedding for his differently able son! In a world full of gruesome crimes and inhumane actions, seldom do I come across a piece of news that is as warm as sunshine. T... May 15, 2019