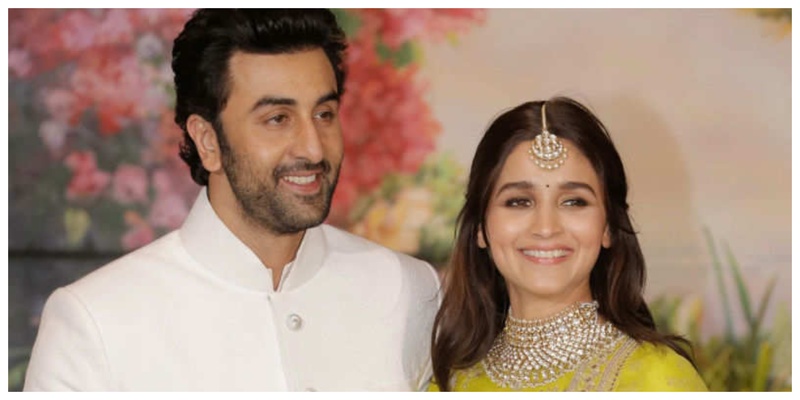 Social media is still talking about Armaan Jain and Anissa Malhotra’s wedding but now we have heard that another wedding is on the cards! Bollywood weddings seem to have a love affair with getting married in December and this time it is for the one Ranbir and Alia started dating in 2017 and after 2 years of dating, it seems like they have finally decided to tie the knot! According to Rajeev Masand’s column in Open magazine, the two have set their date for December, 2020! Preparations are already underway; their extended families have been asked to mark off those dates to join in the celebrations.

Alia and Ranbir will be getting married after the release of their first movie together titled Brahmastra which is set to release on December 4 and is directed by their close friend, Ayaan Mukherjee. Neither of them have ever admitted to being in a relationship and there has been no confirmation from either end about the wedding date being set. If the news is believed to be true, we cannot wait for December!

Why a Wedding Gift Registry is a Way Forward for New-Age Couples With the advent of wedding planners and aggregators, hosting a glitch-free marriage is no longer a distant dream. From the venu... May 29, 2020 A Glimpse of what Wedlock in Lockdown Looks Like Who could have thought just a few months ago that the most essential element of a wedding someday would be a ‘mask’ or the idea... May 29, 2020 The ‘New’ Normal Way: Guidelines for Hosting Weddings and Events Amidst and Post COVID-19 In the history of Indian weddings, there have been many times when a wedding has had to be cancelled. The reasons, of course, a... May 18, 2020 Manika and Tushar’s Chat Magni, Pat Byaah Amidst COVID-19 At the beginning of 2020, we were all ready with our plans – plans to travel, to get fit, to turn vegan (maybe?), and of course... May 9, 2020 12 Phoolon ki Chaadar ke Ideas to Bookmark for your Future Wedding The moment before ‘the moment’ can literally send shivers down your spine! So as you set out to walk down the aisle, you need s... April 30, 2020