Justin Bieber popped ‘the’ question to Hailey Baldwin with a HUGE ring and she said YES! Okay, so I am literally losing my cool and you will too after listening to this news. The canadian pop star – Justin Bieber is engaged to model Hailey Baldwin! Yeah, you heard that right, it really happened. The world is a less confusing place now, we for sure know now where Bieber’s heart belongs 😛 Sources say that Bieber popped the question on Saturday night at a resort in the Bahamas! Also, Bieber’s security detail reportedly asked the crowd at the restaurant to put their phones away right before the special moment. That explains why there are no photographs of the BIG Moment! 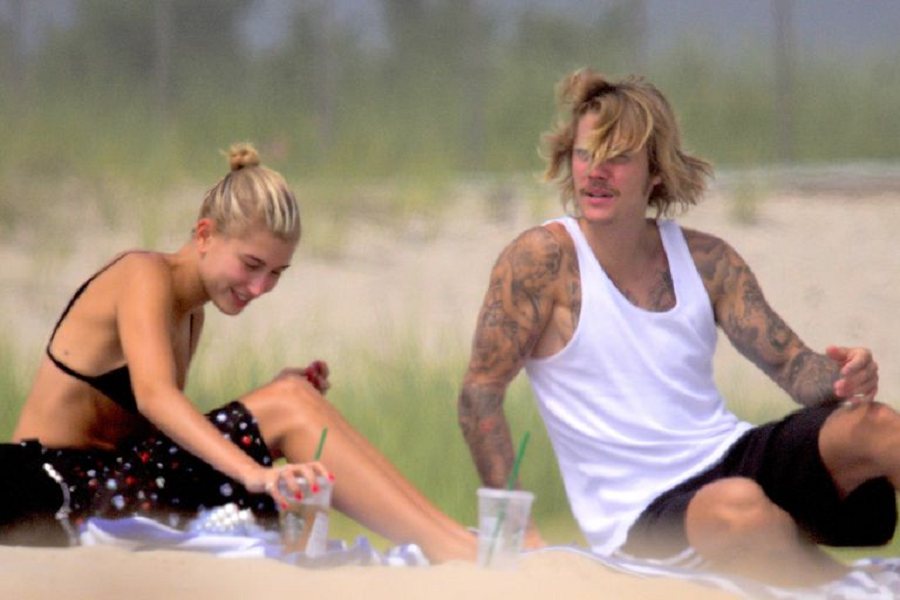 According to TMZ, “Two eyewitnesses who claim to have seen the proposal go down tell us it happened at a resort in the Bahamas. They say everyone was at a restaurant on the property doing salsa dancing when Justin’s security told everyone to put their phones away, because something special was about to happen”. For everyone wondering about the ring, here it is: 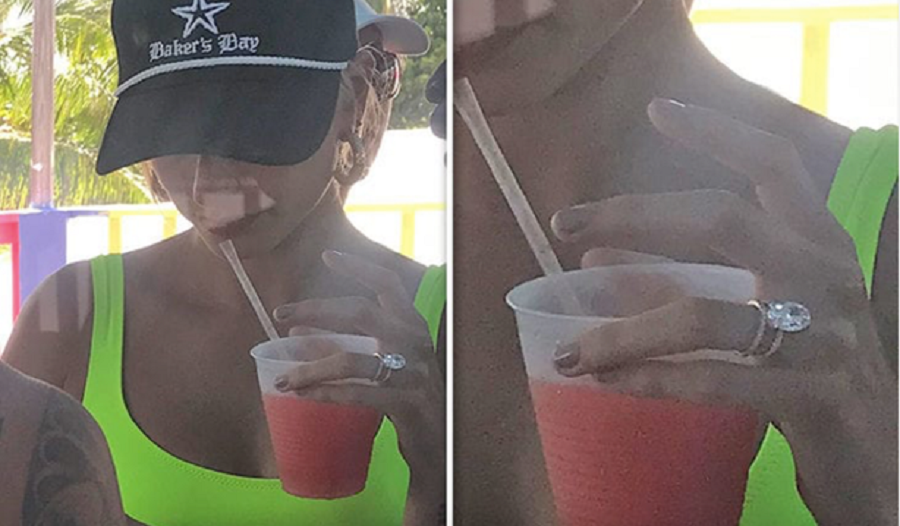 Bieber appears to have spared no expense for his fiance’s ring, cause that thing is HUGE. Hard to say exactly how big it is, but there’s no question the ring is sizable. The newly engaged couple seem to have danced their hearts out on the beach in celebration and it’s obvious Hailey digs it. #GoBieber.

The rumoured couple dated for a while in 2016 but had broken up. Although, they reunited a month ago just after Justin and Selena Gomez broke up and have been inseparable ever since! In May, she opened up in an interview, that she  had a tense time after their 2016 breakup. She said, “We didn’t speak for quite some time and there was a lot of weirdness that went on,” she said. “But it brought both of us to the realization that we just work much better as friends. He’s somebody I really cherish. Now it’s a very mature situation. It’s good.” On the other hand, he wanted to be careful with Hailey. He said, “What if Hailey ends up being the girl I’m gonna marry, right? If I rush into anything, if I damage her, then it’s always gonna be damaged. It’s really hard to fix wounds like that. It’s so hard … I just don’t want to hurt her.”

Well well, it seems everything worked out just fine for the couple. For #Jelena shippers who are upset with this news (including me), especially as Bieber and Gomez’s latest reunion gave the world some hope that they might finally make their relationship work, don’t you be low. That is because Selena’s heart really knows what it wants, and is perfectly A-okay cruising with her and chilling with her BFF’s.

On that note, here’s wishing Justin and Hailey all the happiness ahead!

“My Wife is awesome” - Justin Bieber just confirmed his marriage to Hailey Baldwin! Two months after sparking wedding rumors, Justin Bieber has finally ended the world-wide speculation about his marital status t... Nov. 20, 2018 Justin Beiber and Hailey Baldwin sneakily got married and we can't believe it!   Just days after taking the Internet by storm after announcing their engagement, Justin Bieber and Hailey Baldwin reportedly ... Sept. 15, 2018 Sumeet Vyas and Ekta Kaul's wedding date is out & their wedding invite is too cute to miss! The Veere Di Wedding star, Sumeet Vyas seems to be wasting no time in making the love-of-his-life his ‘Permanent Roommate’ afte... Sept. 5, 2018 Leonardo Dicaprio to get engaged to his model girlfriend Camila Morrone! For all those who are wondering ‘what’s next after grabbing an Oscar’ for Dicaprio, seems like getting engaged is on his cards!... Aug. 30, 2018 DeepVeer to tie the knot in this beautiful country, post which Deepika to shift with Ranveer's parents! False June 13, 2018