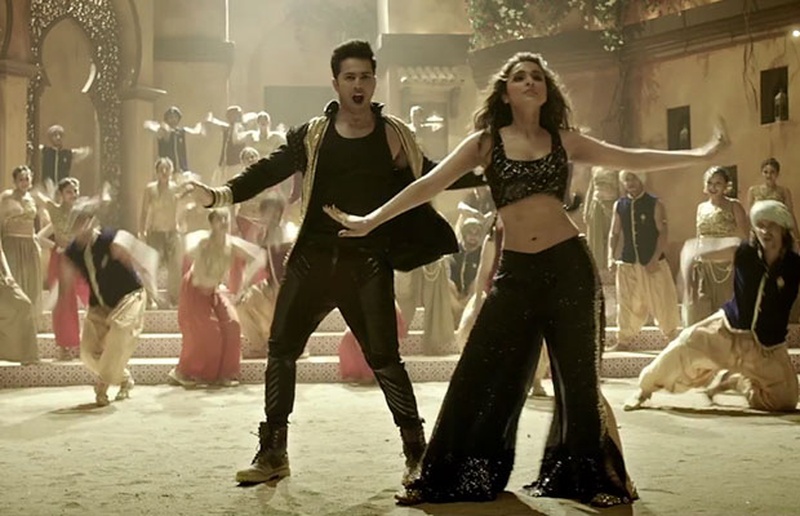 Indian sangeet performances minus the Bollywood latkas, jhatkas and matkas are total phika. Even though English numbers are the go-to music for the young-gen, there is no denial that Bollywood numbers are the ones that get the true desipanti out of you! Couldn’t agree more with us, right?!

This week we share some of the latest Bollywood tracks that have become quite a sensation for their beats that we think will definitely add the chaar-chand to your sangeet night. Scroll on as we tell you why and how these songs will make the cut for ultimate performances at your sangeet night.

This fun and pep hit Bollywood song, might not have the right kind of lyrics for a sangeet night, but has the best beats for sure. This song could be a great ched-chad song between the girl and boy gang bridal party.

With Indian brides donning the swag look with shades these days this rocking Bollywood song does full justice to being the latest sangeet song on the list where the bride along with her gal-pals or the bride and groom with the bridal party can give a smashing showdown on this number.

While this can be a fun song for the bride and groom to shake a leg to, we however suggest the bridal couple’s parents or aunty and uncles to give a performance on this number to have those noto ki gaddi flying in the air when they shake their booty! 😉

A pataka number the bride and groom or the bridal party can perform to. The lyric of this song is so much fun that it is sure to cause some hysteria and urge everyone present to get to the dance floor.

For couples who’re looking for a sangeet song option that is not highly romantic, nor a fast and peppy soundtrack, this sexy song which a revised version of the pop number by Stereo Nation, will get you grooving and make all those wedding jitters run away.

Some more Bollywood video songs that could interest you for your wedding sangeet night:

> Forget Typical Sangeet Songs: 5 Replacements You Must Shake A Leg On

> 5 Rocking Retro Sangeet Songs to Get Your Guests Grooving!

> 50 Absolute Best Bollywood Sangeet Songs to Dance on Like No One is Watching!

10 elegant and quirky Jutti designs that are a must-have in your Bridal Trousseau! As a new-age bride, you don’t need to fret about finding a pair of suitable footwear for your wedding festivities! From super c... April 18, 2019 20 White Wedding Gowns to Bookmark for the Upcoming Wedding Season! There is something so magical and thoroughly stunning about seeing a bride in her gorgeous gown for her white wedding. Dreamy a... June 30, 2020 20 New Mandap Decor Ideas to Bookmark this Season! Marriage  mandaps are a huge affair and rightfully so. They form a prominent part of not only your wedding decor but also weddi... June 30, 2020 The New Wedding Checklist Gone are the days when a wedding checklist was only limited to venue bookings, catering, decor, return favours, photography and... June 30, 2020 Attending a Home Wedding? Here are 7 Types of Traditional Indian Sarees you can Wear This wedding season is unlike any other! With an increasing number of new-age couples opting for intimate at-home weddings, it’... June 30, 2020