Winning Marriage Proposals That Made Us Go Weak In The Knees At Rio Olympics 2016! 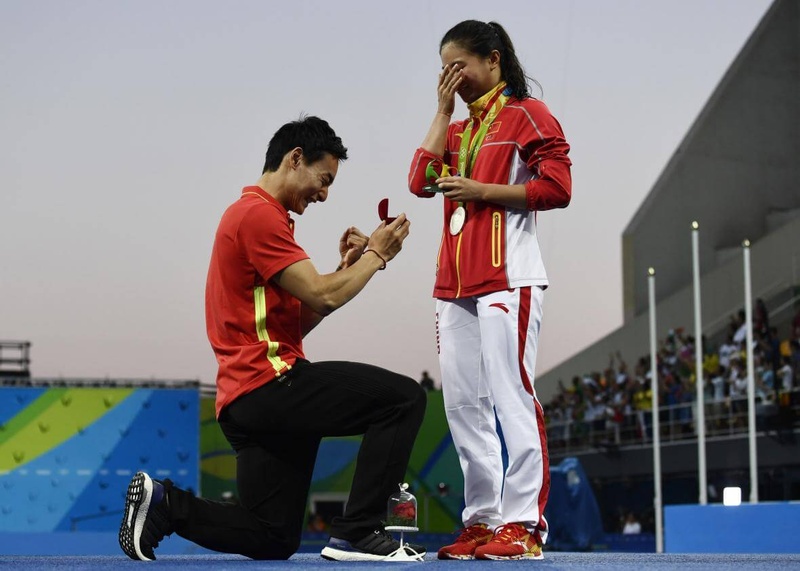 Rio Olympics 2016 has been a wind of emotions for us Indians as we proudly watched girl power take over and preserve the pride of our nation.

While on one side, the entire nation came together to watch not cricket, but P.V. Sindhu battle for a gold medal in Badminton, on the other side, love managed to squeeze its way amidst all the competitive spirit.

Britain’s Charlotte Dujardin, first yelled “Yes” with joy on winning her third gold medal for the individual dressage. She then went on to say “Yes” to her long-time boyfriend Dean Goulding’s marriage proposal. He gave her a sweet surprise wearing a #1 foam finger (indicating that she is indeed his #1) and a t-shirt with a message: Can we get married now?

Looks like he has waited too long for this one and finally, this cute couple is happily engaged, ready to tie the knot next year. 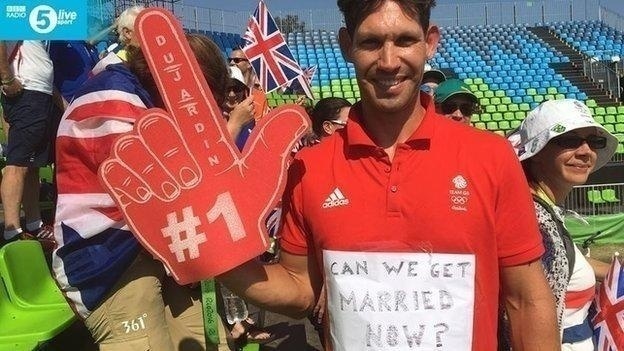 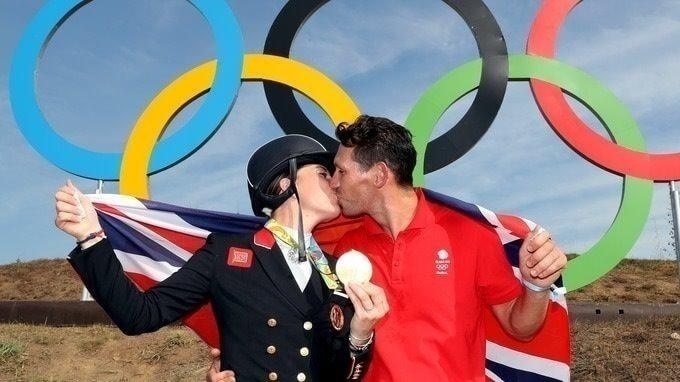 The Most Endearing Marriage Proposal

After winning her silver medal in 3m springboard, China’s He Zi was made to dive straight into an everlasting bond of love by her boyfriend Qin Kai. Soon after being presented with the silver medal, Qin walked to the podium and traditionally went down on one knee popping the big question on the biggest stage he could ever get! Caught by surprise, He Zi was filled with emotions. Covering her tears, she simply nodded as her sign of acceptance. They then sealed the deal by lovingly embracing each other!  Aww, such cuties! 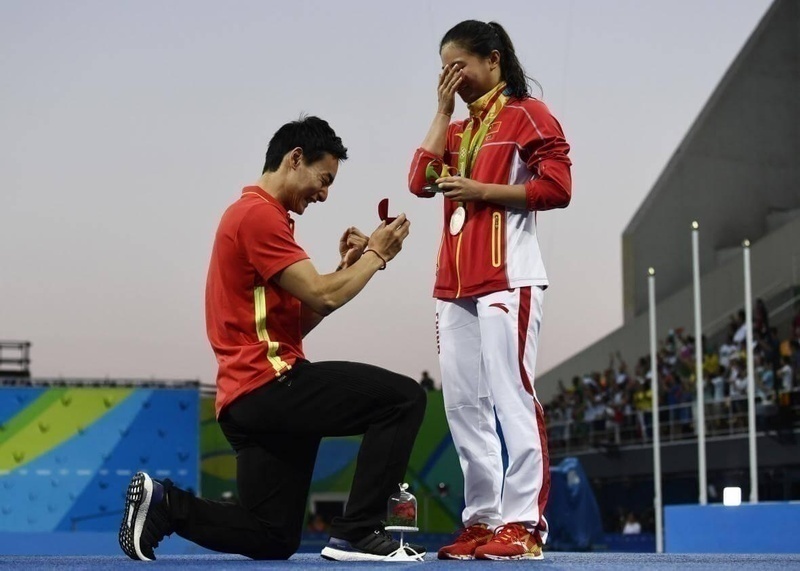 After securing a silver medal for triple jump, USA’s William Claye, jumped his way through the audience to get to his girlfriend Queen Harrison who had been cheering at the stands. William was seen kneeling on the seat below her and pulling out a ring popping the big question, as she watched in utter amusement. With spectators hooting from all sides, she of course had no choice, but to say Yes! Smart move, boy! 😉 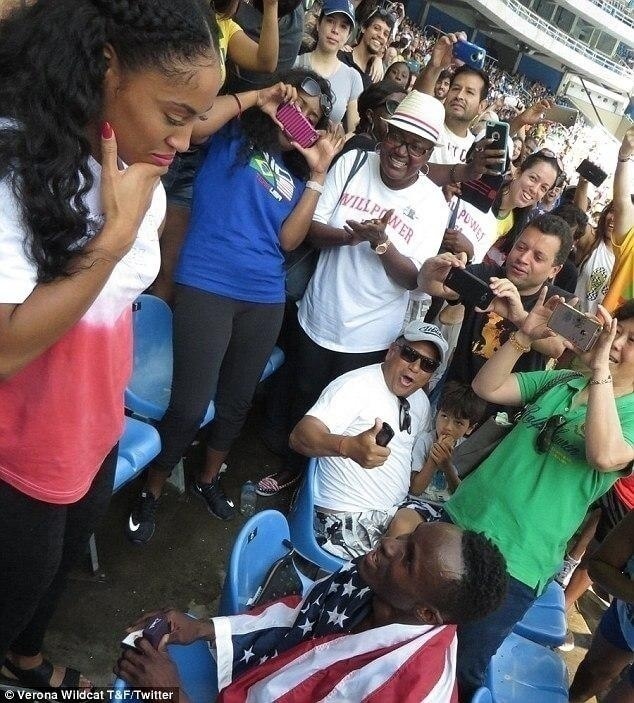 Brazilian rugby players Isarado Cerullo and Marjorie Enya have been partners on and off the field. Making every LGBT member proud of their community, these two rugby players created history when Marjorie Enya chose Olympics’ rugby field as the platform to propose to her beloved Isrado in a grand style. Marjorie also took to the microphone to publicly profess her undying love for Isrado. (Just FYI – this was the first marriage proposal that kick-started the series of proposals this year at Rio Olympics 2016.) 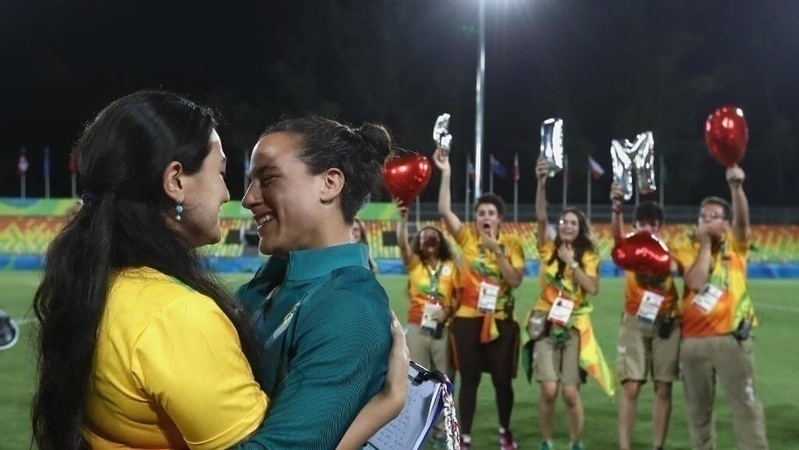 The Simple and Sweet Marriage Proposal

While the girls rocked it out, the boys weren’t way far behind. Britain’s race walker Tom Bosworth had a rather simple and traditional approach to his marriage proposal. While strolling at Copacabana beach, he went down on one knee and proposed to his boyfriend Harry Dineley. The sheer delight on Harry’s face says it all! 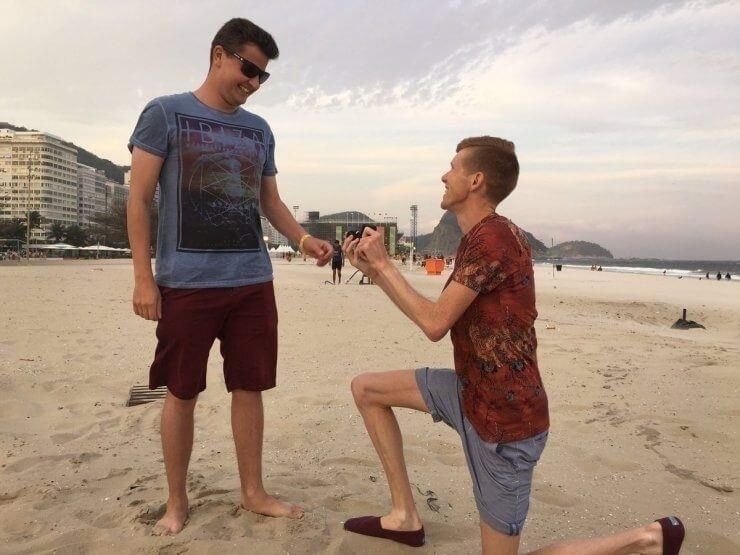 Looking for unique marriage proposal ideas? We’ve got you covered:

5 Inspiring Flashmob Proposal Ideas to Woo Your Beloved   How did your beloved propose to you? Did he/she go down on their knees? Did they sweep you off your feet with a hot air ballo... June 18, 2019 10 Romantic Quotes You can Use to Propose to Your Beloved If you are reading this blog then you have surely found the love of your life. And if you still haven’t, you will meet someone ... June 17, 2019 20 beautiful proposals in the most offbeat places around the world! Drop of tears, ‘Oh my God!’, ‘I can’t believe it’ and ‘Yes, I will!’ Do these phrases seem to ring a bell or is there a need fo... Aug. 9, 2018 Did you know that there is an engagement ring cut & shape for every kind of bride! False July 26, 2018 15 romantic & creative proposal ideas to help you get that 'Yes'! “Will you marry me?” Countless number of girls are waiting for their mate to pop this very question, and countless dudes are fr... June 16, 2018