Rikhil & Shachi Ladakh : Two Avid Travelers got Hitched at the Breathtaking Pangong Lake and it was Magical!

“We don’t meet people by accident. They are meant to cross our path.”

Shachi and Rikhil met seven years ago on a road trip to Scotland. No, it wasn’t exactly a planned meeting as they were strangers. But the common key between them was Shachi’s best friend, Nupur. Shachi was in London to meet her bestie and Rikhil happened to be her housemate.  So, all three of them decided to go on a road trip. On the trip, Rikhil and Shachi got along really well. They realised they had common things they loved and enjoyed. Plus, they both were into filmmaking.

Post their road trip, they started working together and opened their own production house. They worked on a film together and released it. They travelled a lot too. “Rikhil proposed to me, it was on 25th September 2015 on the day of the release of our film in theatres. I was completely surprised, we were attending the premiere in Delhi when he invited my parents also and at the end of the film, he asked me to marry him,” says Shachi.

It was on their trip to Ladakh in 2017 when they decided to tie the knot. And when crossing the Pangong Lake, they fell in love with the place and wished to get married right at the spot! And so began their wedding planning…

Both being creative people, they wanted to do everything possible for their wedding. “It was tough to manage but since I am a producer and travel blogger by profession, I knew how to handle everything. We had already been to the place before, so understanding everything about high altitude, oxygen masks, etc. we knew already. We both were extremely clear that we didn’t want to pollute the place, that is why we decided against calling too many people or havans or puja’s etc. We decided to just exchange Vows and keep it simple. Rikhil is a great planner and he took care of small details.”

As far as wedding vendors were concerned, they opted for people they knew from the industry. They worked with people who were their friends and who they could trust. For wedding decor, they simply used the local prayer flag as it is considered auspicious. They hosted their wedding at the Pangong Hermitage.

An important point to note was the high altitude and arranging the travel to Ladakh was crazy. “We had to make sure the hospitals were aware of the wedding and in fact, two of our friends fell ill due to lack of oxygen while acclimatization in Leh. Luckily, we had pre-planned for this eventuality. Another important thing was acclimatization for 5 days in Leh before heading to Pangong. Everything was not that tough in Ladakh, the locals and the people at Silk Route and Pangong Hermitage were great,” says Shachi.

“A Knotty Tale is amazing with their wedding photography. They take care of the smallest details and become one with the families. They even help in getting the right colours to wear for the location, colours of the decor etc. so that it doesn’t interfere with the main wedding and also get great pictures. The team is spectacular and very easy to communicate with a great attitude.”

Groomswear – Designed by the Groom Himself 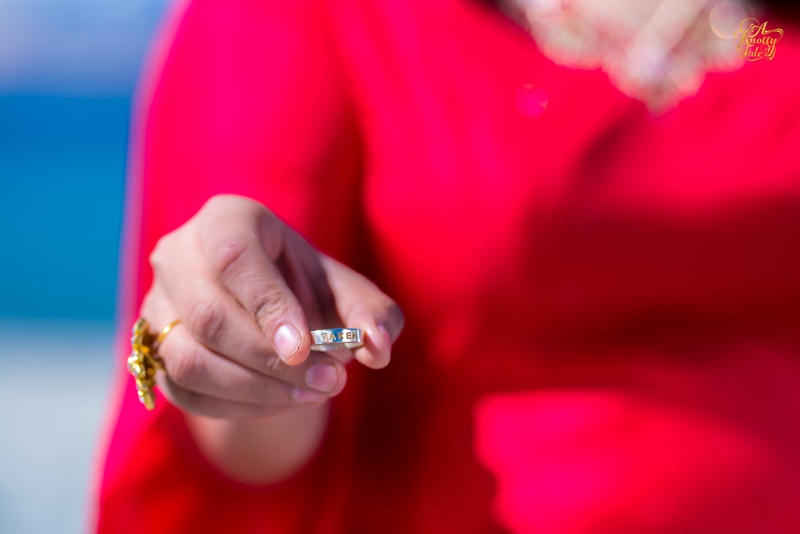 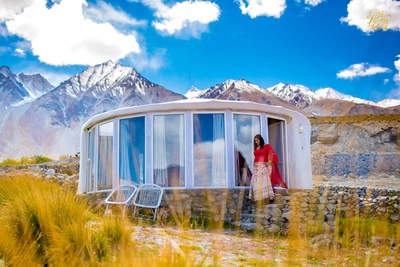 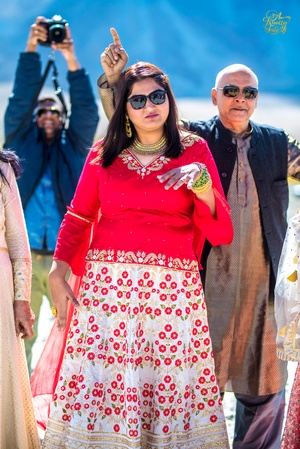 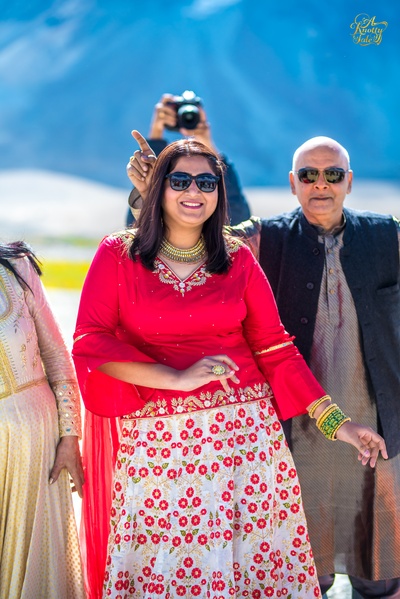 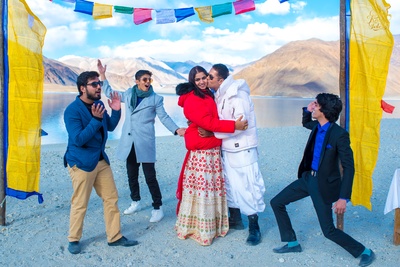 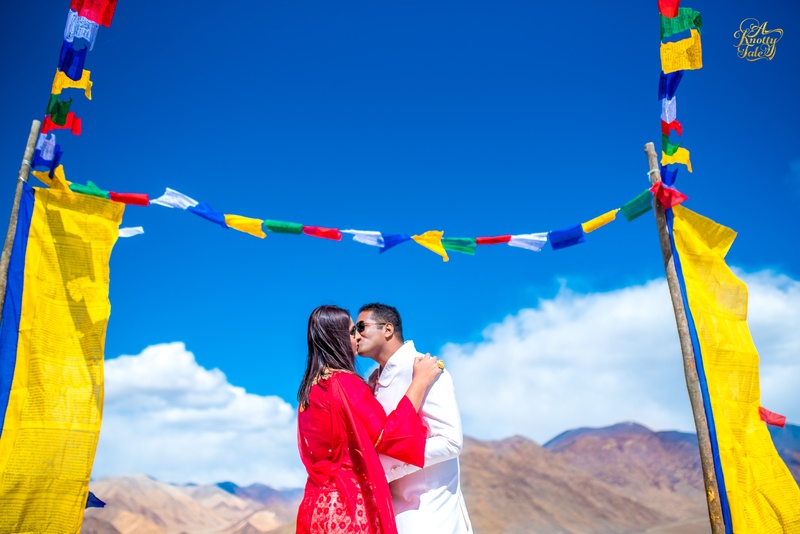 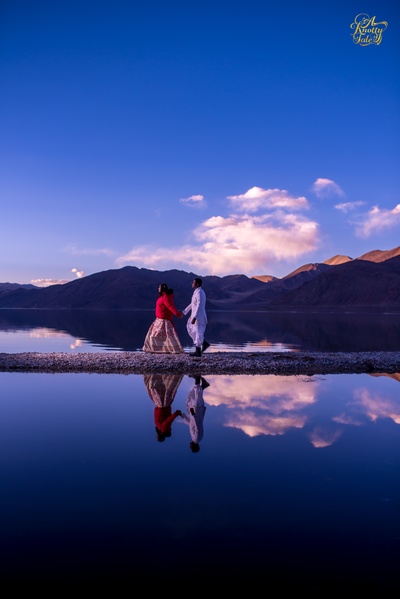 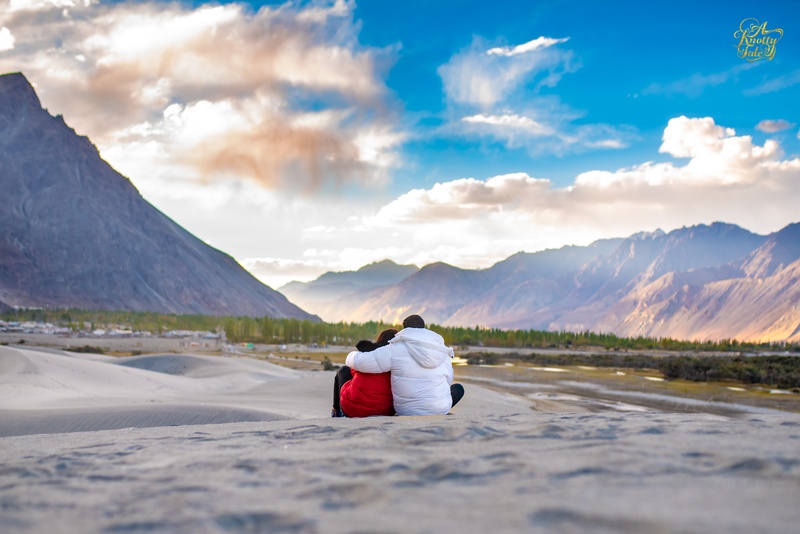 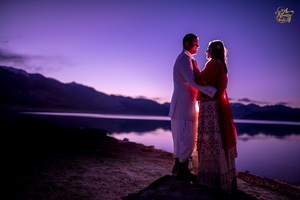 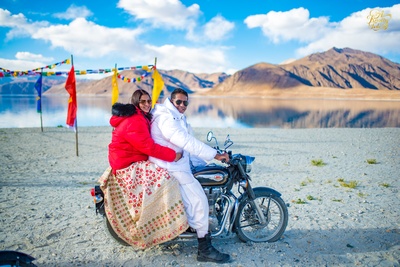 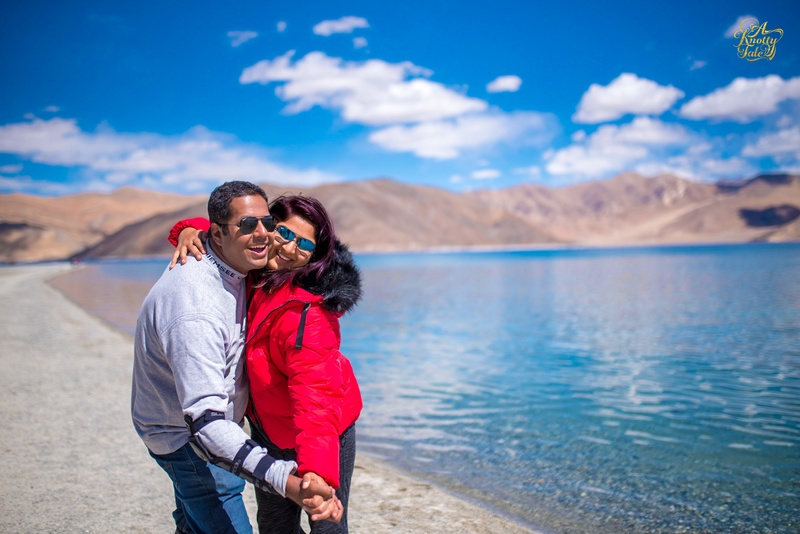 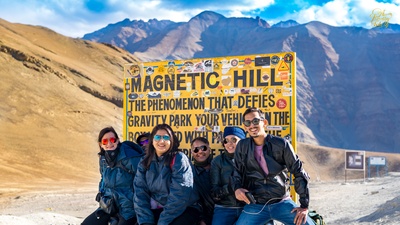 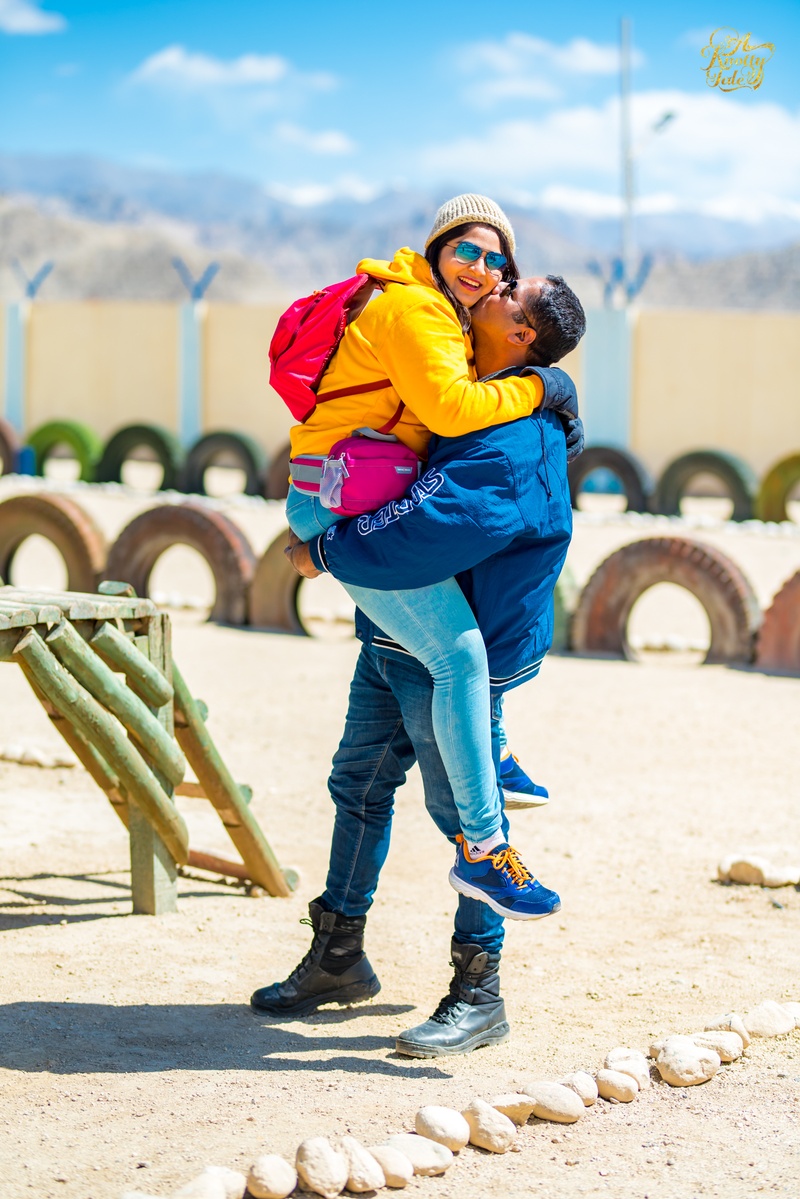